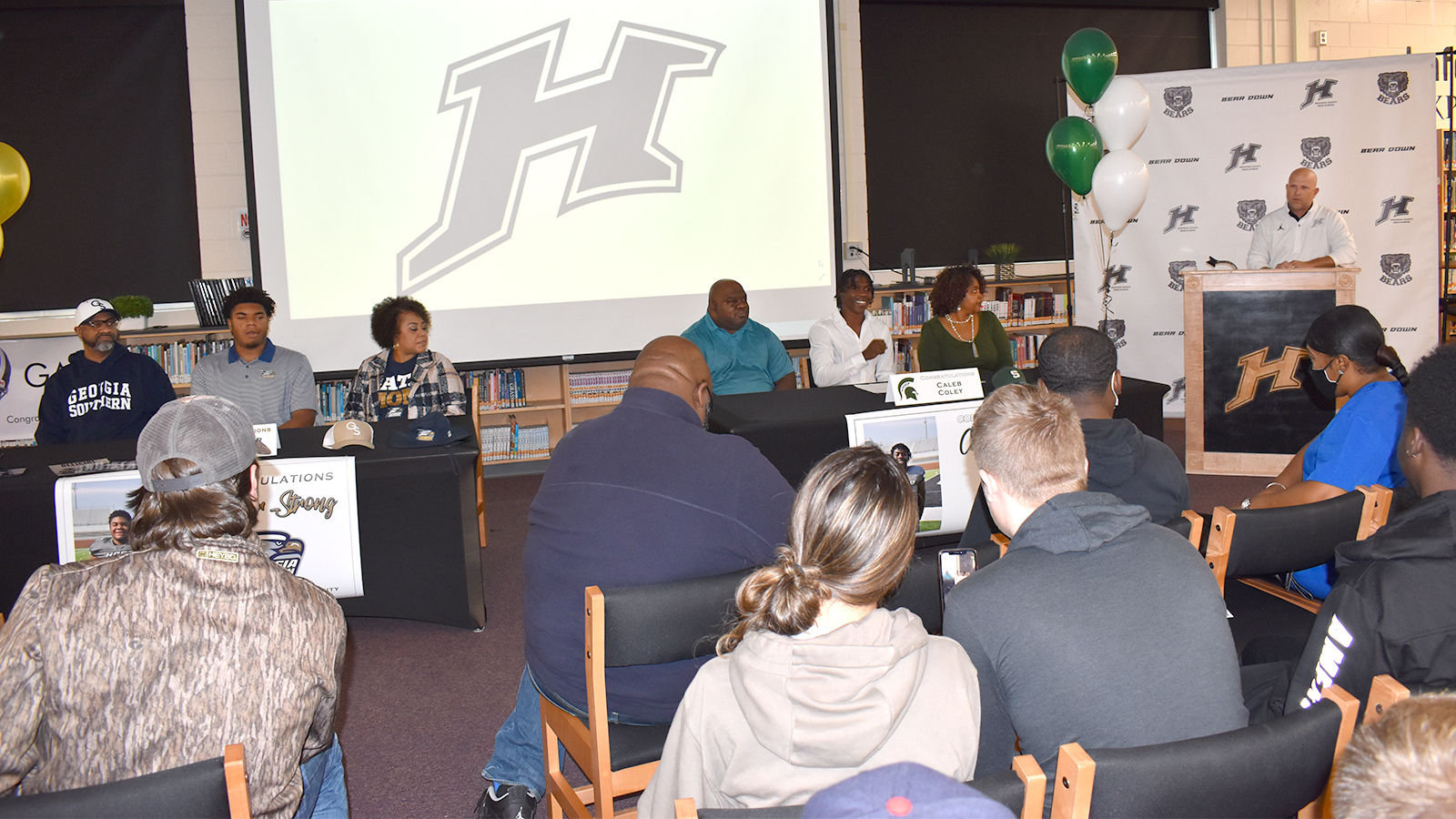 “I’ve known him since he was in the eighth grade,” said Defensive Backs Coach Zach Grace. In fact, he continued, “I had the privilege of being his entire class’s ninth grade coach. So, it’s a little different with all these kids.”

He continued: “Obviously everybody knows the level of skill he has. And we think better than his football skill is him as a person. So, I know going up there to Michigan State is going to be good for them. I’m going to miss him. I just know Caleb is in good hands. I’m going to look forward to seeing him on Saturdays.”

Coley thanked God, parents and coaches – in that order – for the role they “played in my life and how you’re always caring and loving individuals. I’m thankful to be here,” he said. “I’m grateful for the opportunity. I’m just excited. It’s a blessing. It’s a blessing.”

He added he hoped he had left “kind of a good example” besides his football. He also had these words of wisdom for his classmates: “I just want y’all to know. As long as you keep God first in everything you do in life, you’re going to do well. He’s going to satisfy your wants, needs and desires. Because football is just a sport. And we never know when it’s going to go. But your relationship with God is forever. As long as you believe that, keep that mindset, y’all are going to go far.” 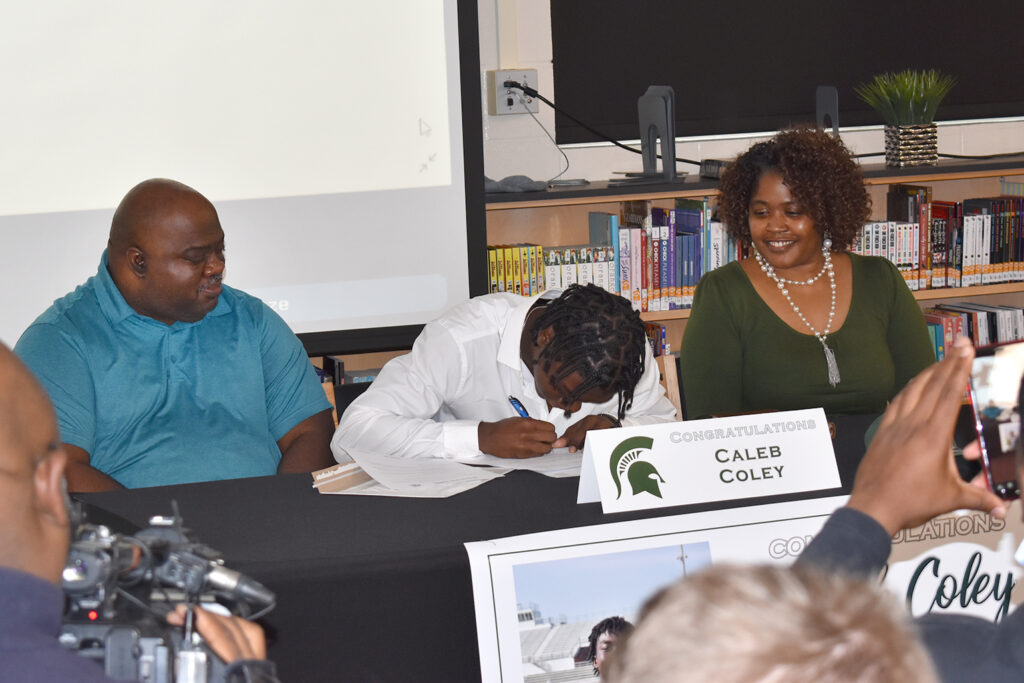 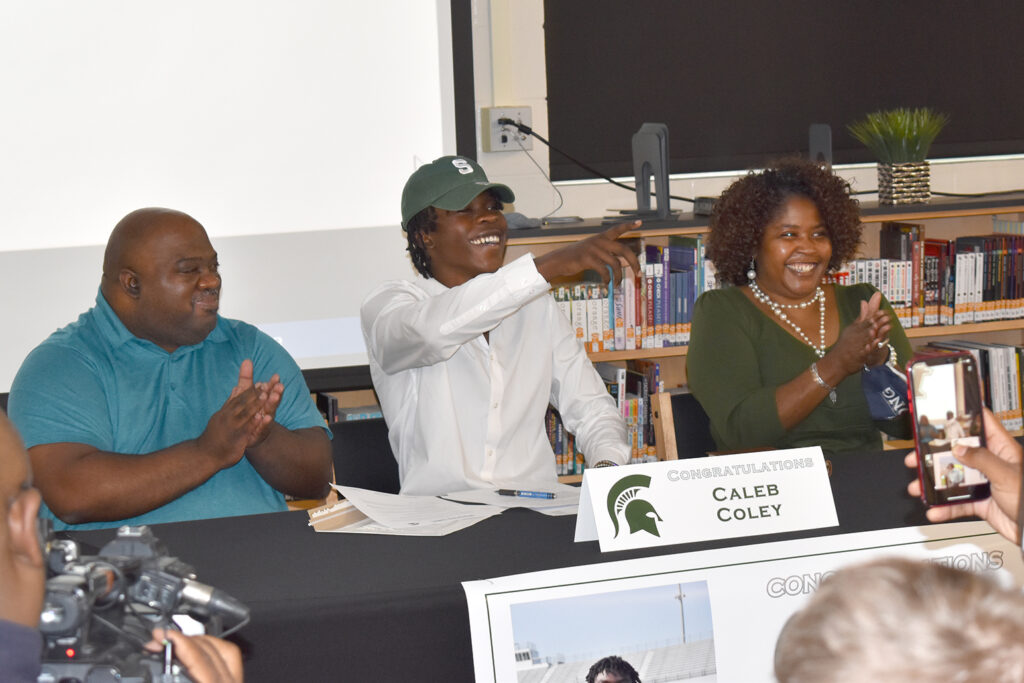 Strong, Offensive Line Coach Phillip Manning said, was also very special to him. “That guy has done everything for this program. For this school.

“If you don’t’ know much about Chandler, he’s obviously one of the bigger guys in the room. He’s got the biggest heart too.”

Strong, due to injuries, only played seven games. Despite that, Manning said, “whether it be knee, ankle shoulder, he always managed a way to come back and play for the team. And that’ s a testimony to him and how he was raised in terms of finishing what he started.”

Manning added Strong only played in one region game yet was named the Region 1-AAAAAA Defensive Lineman of the Year. “I don’t think that’s been done a whole bunch.

“He was told at the beginning of the year that the gameplan for 2021 centered around 21 (Simeon Askew) and 57 (Strong). Everybody (from the other team) knew who was getting the ball, but you’ve still got to stop him. He’s (Strong) going to be blocking for him and still you’ve gotta get in front of him and stop him.”

Football aside, Manning continued, “I go back to the kid’s unbelievable. Georgia Southern’s getting a great football player, but and even better great young man.”

Strong also thanked God, coaches, admin and parents – also in that order. He added he wouldn’t trade anything for the time he had spent with Houston County football. “From the highs to the lows, to the wins and losses, nothing could break the brotherhood.

“I can’t wait to show you all what I can do to represent HoCo as a man and a player.” 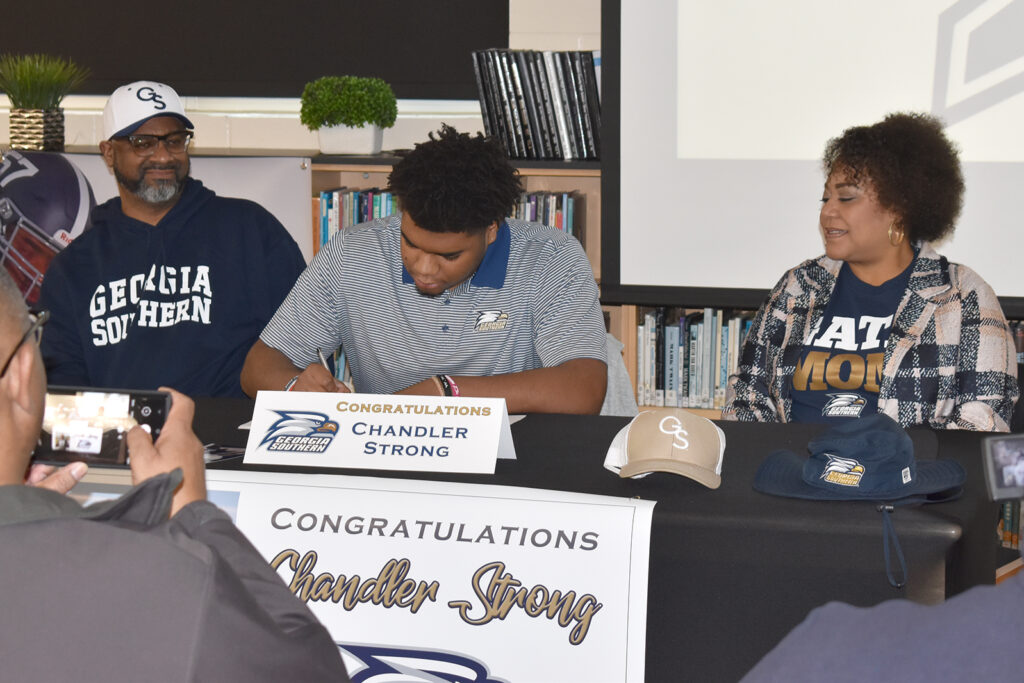 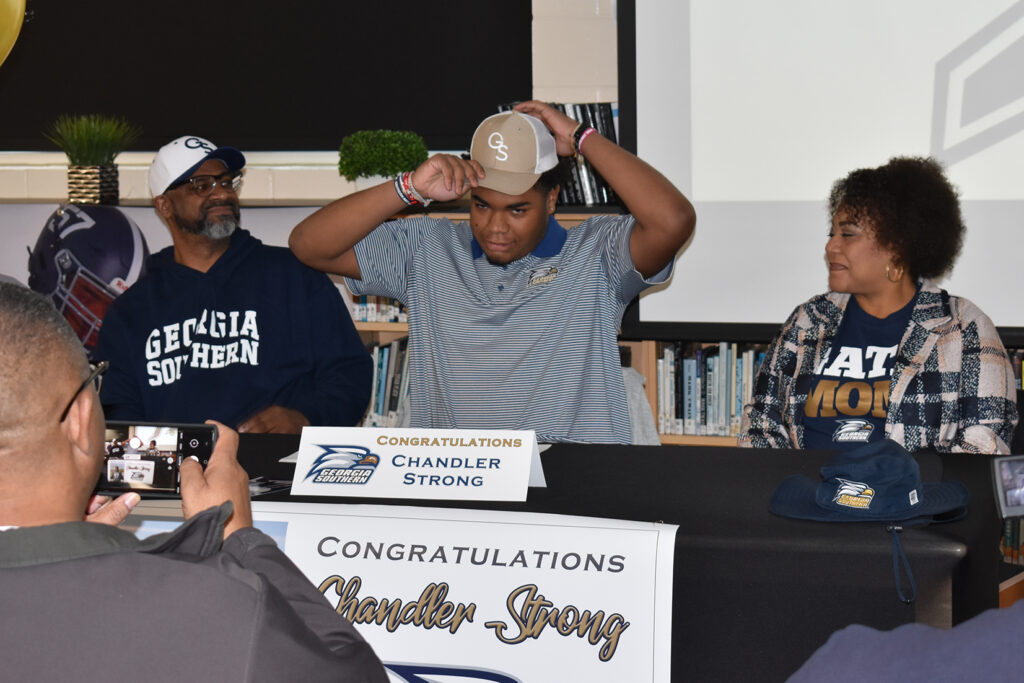