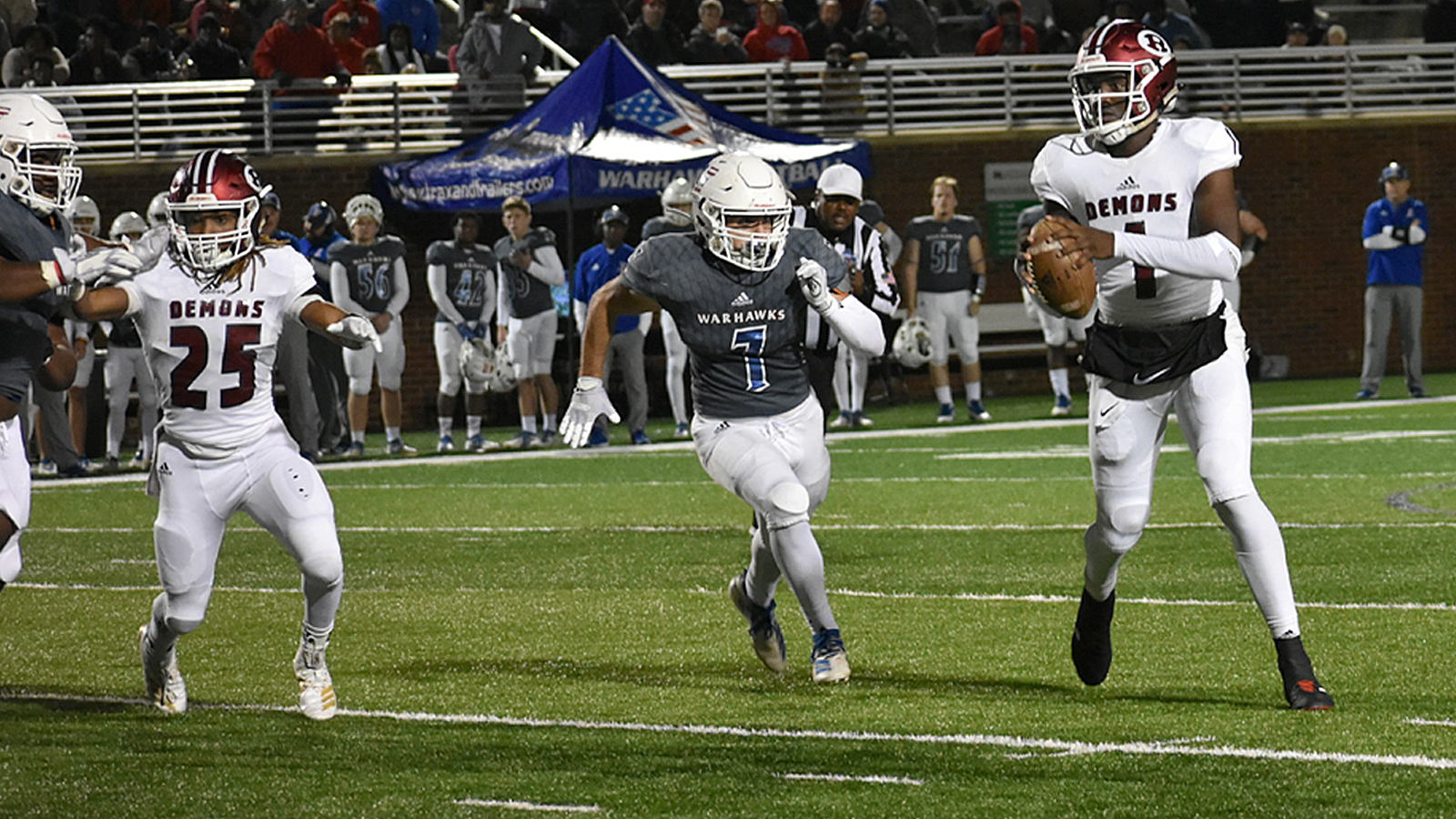 Making the squad of 54 – 27 first team and 27 second team; 14 on offense and 13 on offense on both – were Warner Robins High’s Jalen Addie and Ahmad Walker and Veterans High’s Daniel Gibbs.

The trio of seniors were all named to the second team.

Addie, at 6-foot-3, 202 pounds, passed for 2,297 yards and 23 touchdowns this past year. (The two first-team quarterbacks are Gunner Stockton of Rabun and Brock Vandagriff of Prince Avenue Christian.)

Walker, at 6-foot, 235 pounds, pulled down two interceptions and had four sacks from his linebacker position. Together they help Warner Robins post a 13-2 record, win another region championship and finish as Class AAAAA runner-ups three years running.

The sure-footed Gibbs made 17 field goals and accounted for 77 total points while helping to lead the Warhawks to a 9-3 record and a Sweet 16 finish. (Only Alex Bacchetta our of Westminster fared better – the first team. He is listed as the No. 2 punter in the nation.)