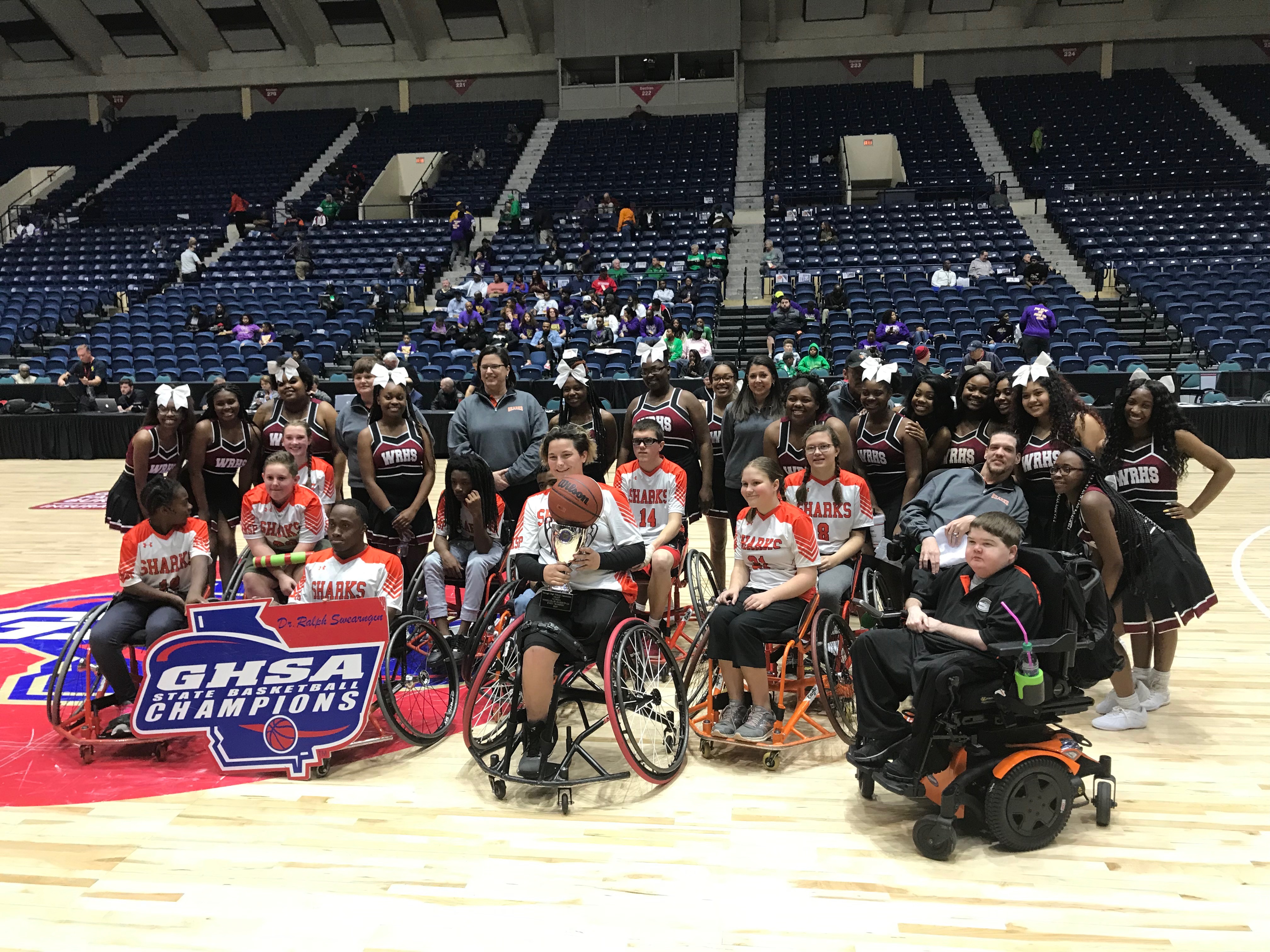 It has been said that success requires consistency in thought,  purpose and action for a long period of time.  The Houston County Sharks continued the unbelievable  application of these principles by defeating the Gwinnett Heat  in a contest held yesterday and the Macon Coliseum.  The win claimed the team’s  7th consecutive GHSA adaptive sports basketball championship,  their 8th basketball championship overall.

The fins came out of the water early as the Sharks took a quick  lead,  one they would maintain through out the contest.  Jacob Stevens six points surged the Sharks to the early advantage and  team leader Jordan Kozlaski took charge in second quarter, scoring nine of her game high 23 points.

The title was the 23rd state championship (all sports)  for the Sharks since the Houston County adaptive sports program began in 2009.