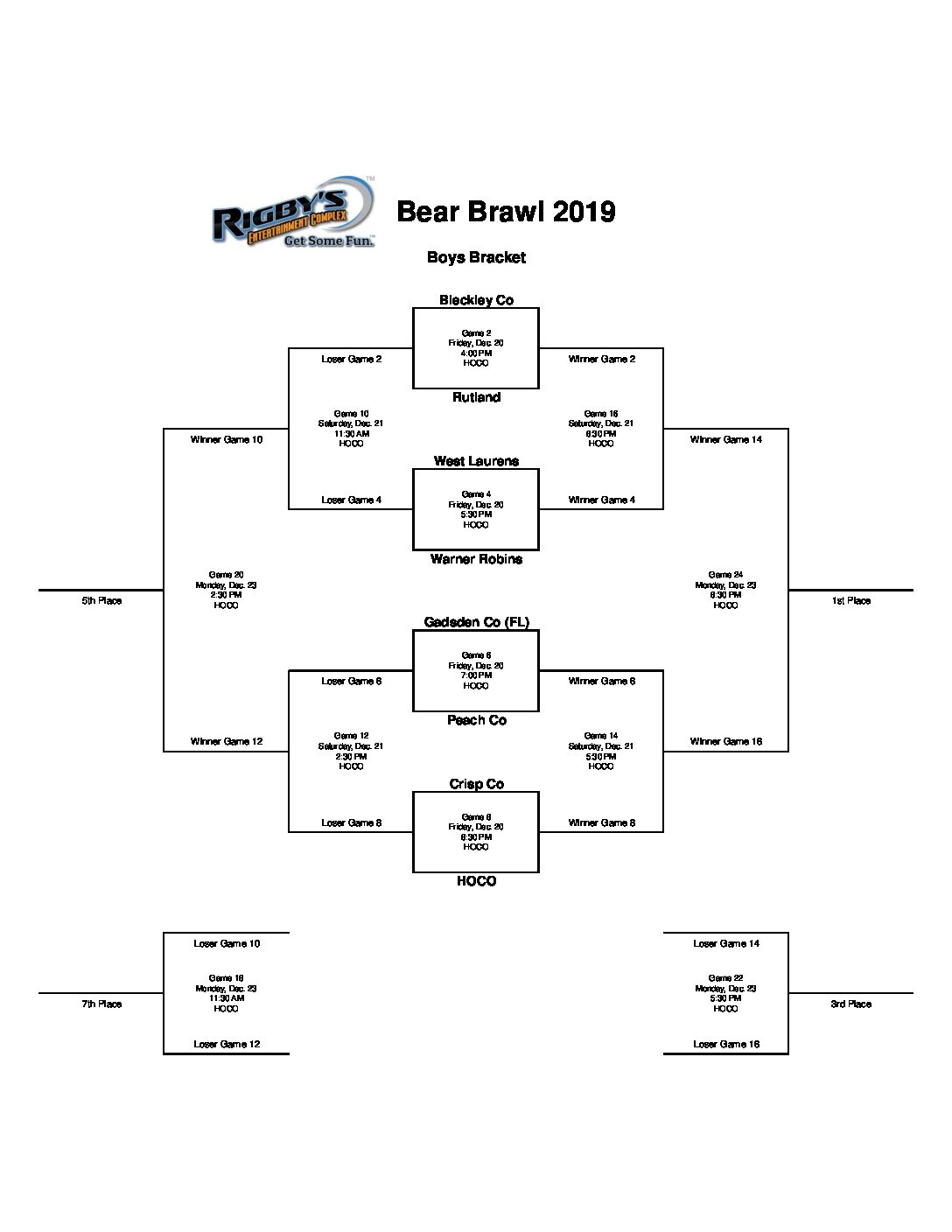 The annual Bear Brawl Tournament gets under way tomorrow with the girl’s eight team field  in action at Feagin Mill Middle School beginning at  4:00 PM.  Boys teams will play at Houston County High School with games also beginning at 4:00 PM .  Tickets for a one day pass are $10 or fans can purchase a three day pass for $25.    Media and GHSA coaches passes will be accepted but all sports passes or individual passes for Houston County employees can not be used for this tournament.

Saturday and Monday  all games will be held at Houston County High School.  The opening contest will begin at 10:00 each of these days with the final contest of the day set for  8:30 PM.

Sportsmic caught up with Coach Don Hudson,  Head Coach of the HOCO boys’s team, and spoke with him about this year’s tournament and some of the players who will be featured for the hosting Bears.  Listen to the full interview with Coach Hudson below.

The Bear Brawl is one of the mid state’s longest running and most successful holiday basketball tournaments.   Sportsmic spoke with former Houston County girl’s basketball coach Sid Baxley about some of his memories of the early days of the tournament,  who the orginal organizers were and why he think’s the tournament has had such success and longevity.   Sid’s interview is below.

Come out and enjoy some great basketball action this weekend at the annual Bear Brawl!  Click below for full Tournament schedules: