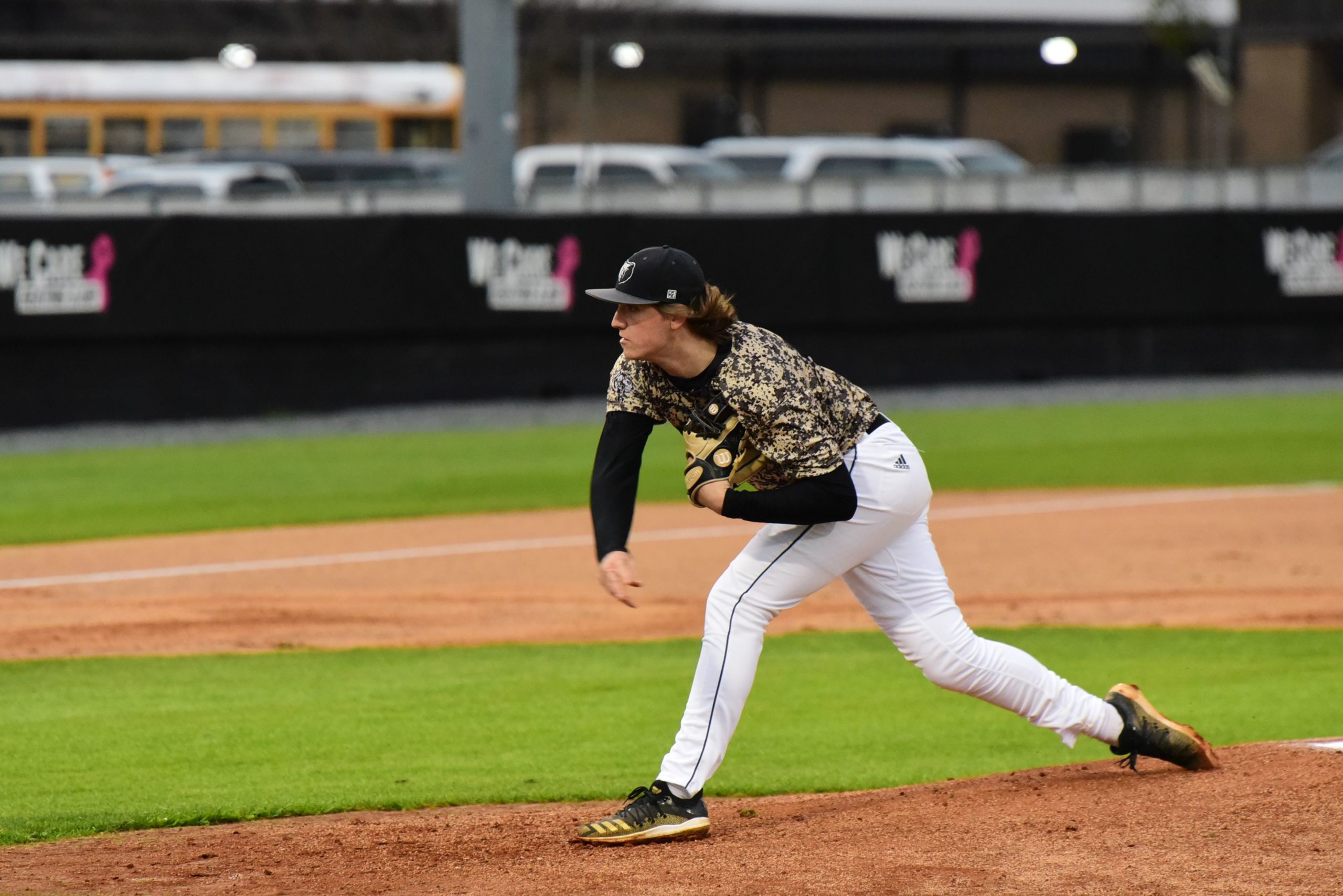 SportsMic’s Greg Elrod had a chance to talk with Houston County Baseball Head Coach Matt Hopkins this week to talk about the Bears’ season a little bit: An assessment of how things are going, region competition, seniors, et cetera. Hawkins, a native of Sandersville and graduate of Washington County High School, is entering his second year as head coach. This is his 12th – previously he served as pitching coach – with Houston County overall. Following is the bulk of their interview.

“Just feeling our way through that, and playing the schedule we’re playing right now, that’s kind of hard to get a feel for where we are right now. But we’re definitely excited about the potential of the club we’ve got this year. It’s one of the more talented rosters we’ve had.”

Of course before you took the mantle, Houston County had established a tradition of winning … You played a vital role in building that tradition. How has the landscape changed now that the weight of being “head coach” is on your shoulders?

“I know this. It was a lot easier just being a pitching coach and giving my opinion here and there. But it’s, ‘Hey, let’s get this guy loose.’ And, ‘Let’s throw this D1 guy out there’ and ‘we need to focus on this thing.’ It’s definitely one of those you need a lot of good people in your corner.

“It’s been overwhelming at times. Two hasn’t been nearly what year one was. You always think, the Sunday morning quarterback, the armchair guy. It was real easy for me, sometimes even on the field to second guess maybe stuff Coach (Jason) Brett might have done and then I get in his seat and I’m just sitting here going, ‘I have no idea what was going on.’ It’s trial by fire for sure.”

You have an unusual makeup in that it’s not a huge senior class … just four in fact. Talk about that class a little bit, their strengths and how critical their contributions will need to be.

“The thing about Jeremy is he’s our catcher and that’s a rare position these days. You don’t see many kids wanting to throw on the gear and get beat up for seven innings. It’s really hard to find.

“If you get a team with a really good catcher it’s really … I mean I can’t really put it into words what it means … Because it doesn’t matter who your pitchers are. If you don’t have somebody who can handle them, it’s all for lost.

“He does a good job with our staff and this is his second year being our full-time catcher. And that’s what I tell him all the time whether he’s hitting or not hitting. We need him to handle our staff and play to our strengths. But he does a great job. Great kid and we definitely need that mentality.”

Jaden Woods (headed to the University of Georgia).

“My first two years I was his pitching coach. He came in and most people don’t know this but this is only his fourth full year, or going into his first fifth year. He was a lacrosse player from metro Atlanta and moved down when some kids talked him into playing some baseball his eighth grade year. And he went to being a scrawny lefty to being a draft pick.

“Honestly, every team looks to somebody. He’s that guy. He’s on the mound and everybody’s feeding off of him. If he’s doing well, we’re doing well. And that’s what I’ve kind of challenged him with. He’s got to lead us from the front.”

“Right now he’s definitely having to set the tone for us.”

“He’s one of the most gritty kids I’ve ever coached. He’s worked his tail off to be where he’s at. He strives to improve. He’s a positive teammate.

“He’s kind of like a Swiss Army knife for us. He fills whatever role we need him to. If it’s a game and he wants to run bases it’s ‘Coach. If you need me, put me in.’ It’s exactly what you want. Especially from a senior.”

Talk about the region a little bit. How do you see that shaping up?

“It’s a great question. Everybody is asking the same one. A lot of schools haven’t played teams we have but they’re winning. (But it) doesn’t matter who you play you’ve got to win. Lee county’s always fields a good team. Always have. Always will be. That’s what they love down there and that’s what they’re consistent with. Lee County is going to be competitive. Coffee is young and coming on. Valdosta lost some and some are no longer on the team.

“It’s always tough. Really gritty. Northside, they’re just trying to get their feet back under them and get healthy. They lost some players last year.

“Hopeful we’ll be competitive and competitive with the other four spots (for playoffs). And we’ll (even) take the top if they want us to.”