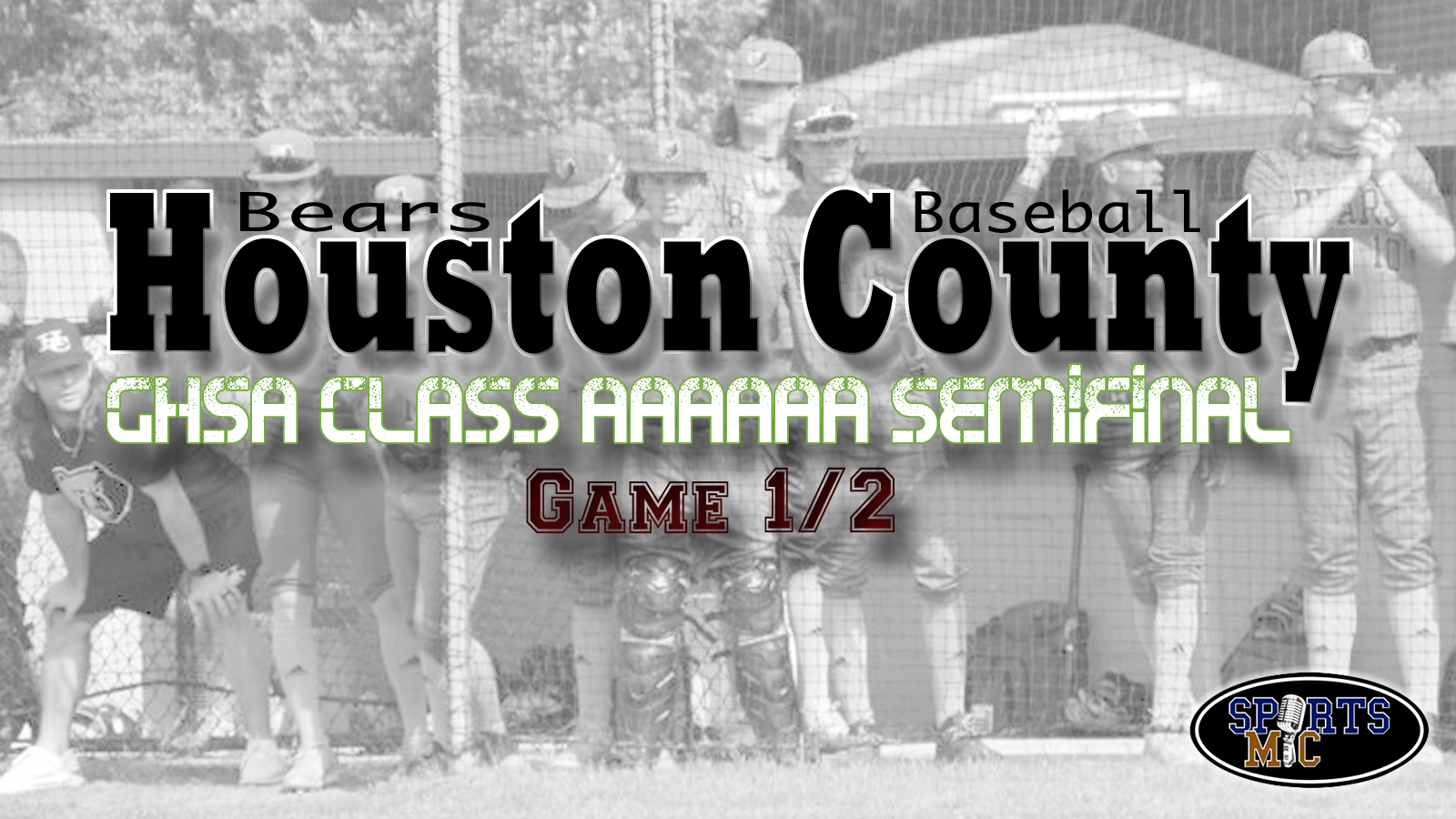 Houston County and Allatoona split the first two games in their best-of-three series in the GHSA Class AAAAAA semifinal Monday in Acworth.

The Buccaneers won the first game 6-0. The Bears returned the favor in the nightcap 6-1. That set up a showdown Tuesday at 5 p.m. The winner will play the winner between Lassiter-Pope for the championship.

Missed opportunities were clearly the story of Game 1 for the Bears. In the first inning, Andrew Dunford reached on an infield single with two outs. He went to second on a wild pitch and third on a wild pitch. Meanwhile, Coleman Willis coaxed a walk. That brought Drew Burress to the plate. Buccaneers starting pitcher Logan McGuire – seven innings of four-hit ball (six strikeouts and three walks) got him behind 1-2 before catching him looking on the fourth pitch.

Trent Ringer reached on a single to start the second. Garrett Hortman sacrificed him to second. Christian Davis lined out but E.J. Lewis walked to put them on the corners. Gage Harrelson grounded into a fielder’s choice, however, to end the threat.

To begin the third, Treyson Hughes walked. He stole second with two outs in the book, but he, too, was stranded.

Houston County went in order in the fourth, but all three hitters hit the ball. They just hit it at someone in the infield.

The Bears nearly broke through again in the fifth when Lewis led off with a double. Harrelson followed with a double, but Lewis was thrown out at the plate. Harrelson was later ruled to have left too early while tagging and going to third on a flyout to center.

Allatoona meanwhile, with Brodie Chestnutt on the mound, didn’t even have a hit until the fifth. (Chestnutt worked seven, gave up nine hits, struck out four and walked one.) The first was a triple. Not only that but the throw in to third was mishandled enabling him, William Mosley, to score.

Two outs later, it kind of fell apart. The Buccaneers got back-to-back singles from Ethan Sutton and Jackson McElvy a walk to Ben Crawley and two more singles, one to Hunter Paulson and one to Brett Blomquist, to bring home two and make it 4-0.

It then added two insurance runs in the sixth on a one-out single, a batter being hit by a pitch and a double by Sutton.

Ringer was hit by a pitch to start the seventh but there would be no rally, as the next three hitters went in order.

The Bears, the home team in Game 2, scored a run in the first. Harrelson got it started with a leadoff single. He moved to second on a fielder’s choice, stole third and then came home when the throw got away.

They made it 2-0 in the third. Like Harrelson, Chris Le singled to start the inning. Harrelson sacrificed him to second. An error on the same play enabled Le to get to third where Dunford on an 0-2 count singled him home.

Allatoona cut it to 2-1 with a run in the fourth on back-to-back singles with one out. It also got a one-out double in the fifth but couldn’t do anything with it.

Le again got the Bears started in the bottom of the inning. He singled. Harrelson’s fielder’s choice swapped them out. Hughes then doubled home Harrelson. Dunford singled to put runners on the corner. Hughes scored on a wild pitch. That also enabled Dunford to gain second. That also chased starting pitcher Fisher Paulson. He was replaced by Riley Gaskins who struggled to find the strike zone. He walked the only two batters he faced, loading the bases, and was replaced by Brody Bearden. He stopped the bleeding with a pair of strikeouts but the damage was done. The Bears led 5-1.

Coleman Willis had eight strikeouts heading into the top of sixth. He added another while setting the Buccaneers down in order that inning.

Le, going 3-3, again got Houston County started in the sixth. The Bears nearly broke it wide open that inning as Allatoona’s bullpen struggled once more. After Le, Bearden walked Harrelson. He got Hughes to fly out, but walked Dunford to load the bases. He was replaced by Jake Typer who struck out Willis but then walked Burress to bring in Le. He then got Ringer to fly out and end the inning.

The Buccaneers did get the first two runners on to start the seventh, but a 4-6-3 double play – Davis to Ringer to Sutton – put two outs in the books. The next hitter hit it to Willis. He threw to first to end the game.