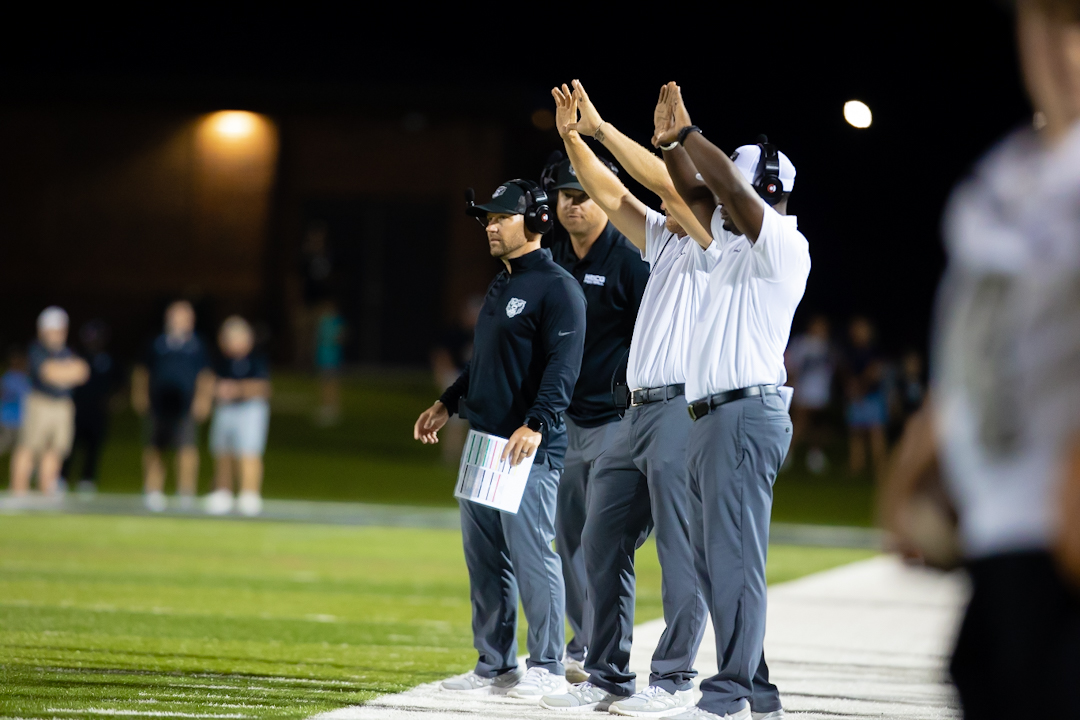 So far it’s a case of flipped scripts.

That is. Last year when Houston County was getting ready to face Warner Robins in their cross-town rivalry matchup, the Bears were 2-2 and averaging 14 points a game on offense while giving up 32 on defense.

The Demons on the other hand were 3-0 and averaging 49 points a game on offense while yielding just 14. (It really settled in to around nine, but the first two games were shootouts with Valdosta and Archer, respectively.)

Needless to say, Houston County would like to see the script continue as it is. Warner Robins would like to return to its not-so-far-off glory days. (It’s also nothing but region opponents for both after this.)

As far as the Bears: “I see a team that’s prepared. I see a team that’s ready to go. It’s a high-powered offense,” said Warner Robins Head Coach Marquis Westbrook. “Coach (Jeremy) Edwards is doing a great job of leading the charge here.

“I see a team that’s hungry every week. They’ve got a quarterback (Sophomore A.J. Hill, who has passed for 1,184 yards) that can get it to anybody anywhere on the field at any time. He has receivers like the Johnson kid (Ricky Johnson, who has 448 receiving yards and six touchdowns). He can move. And he runs great routes.

“The offensive line does a good job of protecting. They’re really sound and what they do is spread the field and try to keep you balanced on defense.”

Defensively, Westbrook said the Bears, in a 3-4, do a “good job” with Defensive Coordinator Jordan Singletary “doing a good job with them, getting them lined up and finding the football. They’ve got some guys up front who can cause some problems. Crossing face up front and getting in the gaps and causing problems in the backfield. So they’re well-coached, good ball team.”

Edwards on the other hand said he sees the strength of the Demons to be their defense – at least for now. “And we knew that,” he said. “We knew they were going to be good. They’ve got a monster defensive line. With Vic Burley, Chayce Smith. Those are two really good players. They’re good.

“Elijah Antonio, he’s a great linebacker up there. And they’ve got some guys with some experience in the secondary.

“So defensively they’re going to cause problems for anybody.”

On offense, he said he wasn’t quite sure what to expect. They do have Malcolm Brown, he said, coming off his injury from last year. There’s that, “I think they lean heavily on him as far as their run game as far as their philosophy they use this year on offense.”

Aside from that, he said there’s quarterback Chase Reese, a move in, and “they’ve got skill guys they can throw to.