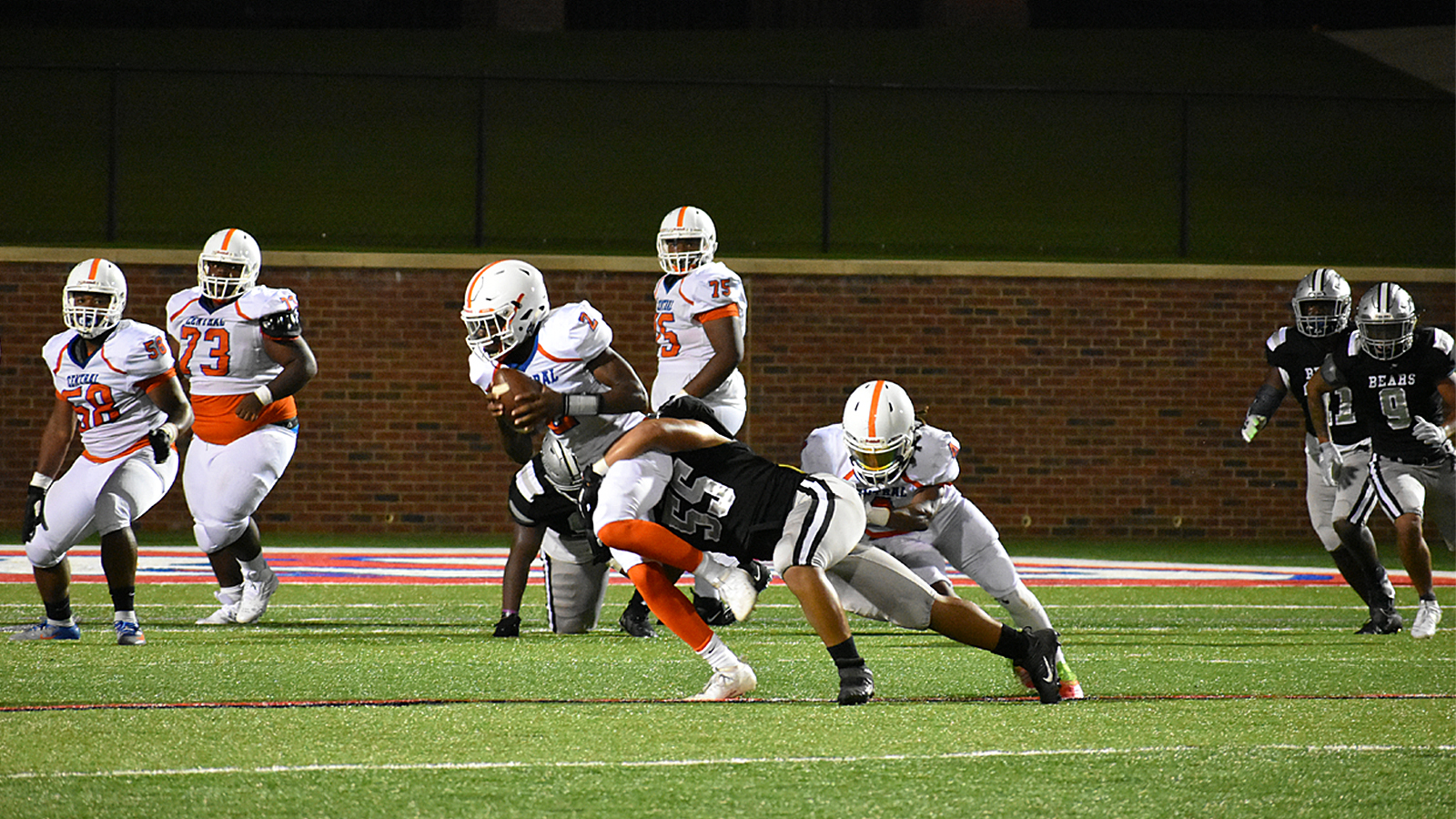 If Central wanted to make a game of it, it had its chance. That came to begin the third. Trailing 21-0 against host Houston County, the Chargers took the second-half kickoff and moved it to the Bears’ 15. There, however, it stalled – failed to complete a fourth-and-19 in the endzone.

Houston County took over, went back in the opposite direction and scored to make it 28-0. It won 35-7. 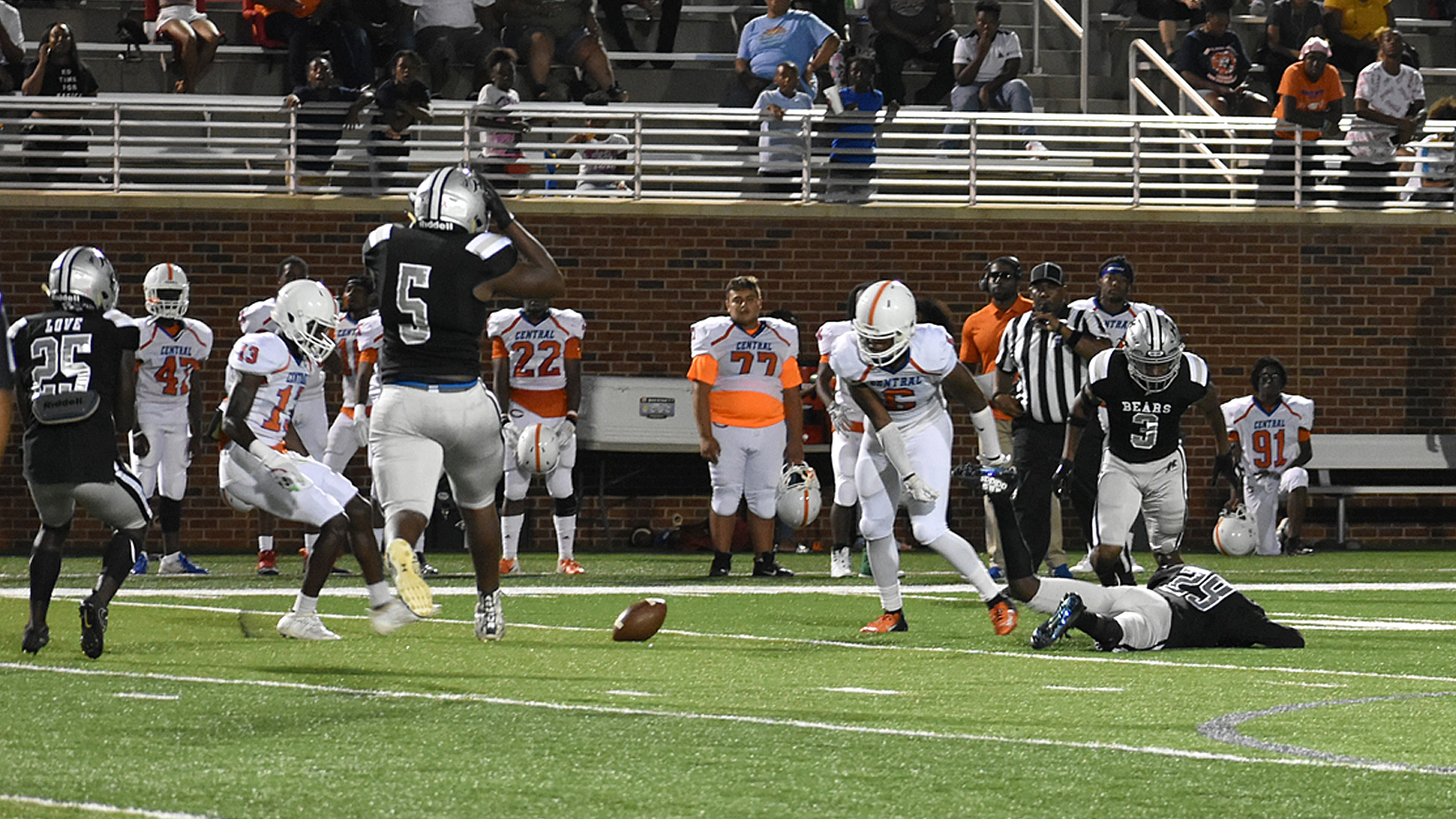 Truth be told, it would have taken a monumental effort for Central to truly make a game of it. Especially with the Bears’ defense putting together another solid effort. They held Central to 33 yards passing and 13 yards rushing in the first half. They gave up 100 in the second – a good chunk of that coming on two plays and some of it – with about seven minutes remaining – coming against the bench/second string.

Houston County’s offense on the other hand put up 138 in the air in the first quarter – Quarterback Max Rigby was 11-for-15 during that span – and 58 on the ground.

The Bears scored on their first three possessions. The first was a nine-yard pass from Rigby to Leeshoen Jarrett. That covered 61 yards and with Luke Rigby’s point after made it 7-0 with 8:43 left in the quarter.

Jarrett caught a second touchdown pass from Rigby about three minutes later. This one was from the five and capped off a drive that began on their own 42.

Houston County’s third drive started in the first and ended with just over eight minutes left in the second. It was a three-yard run from Corey Chaisson and was the end of a possession that began on the 22. 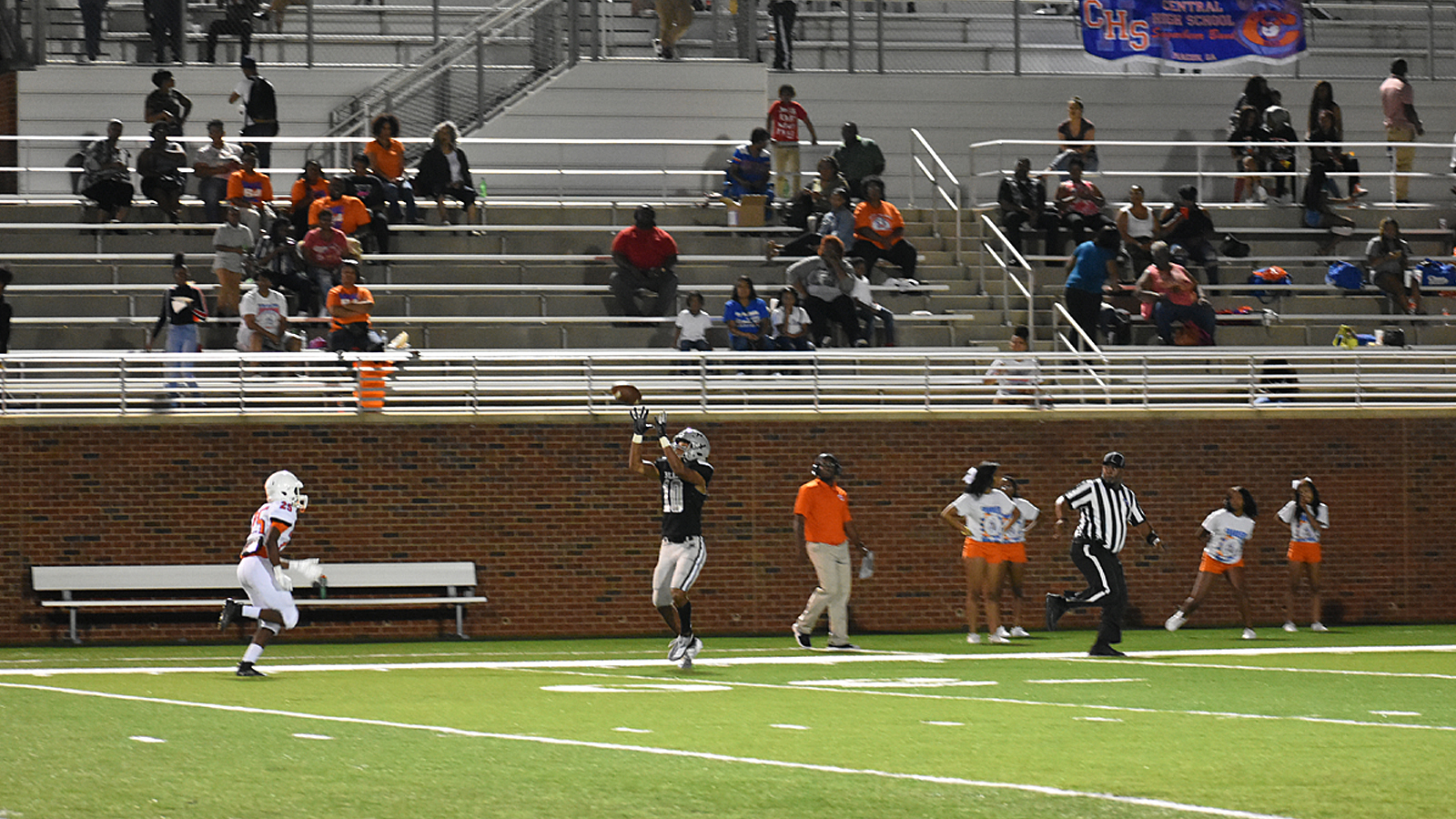