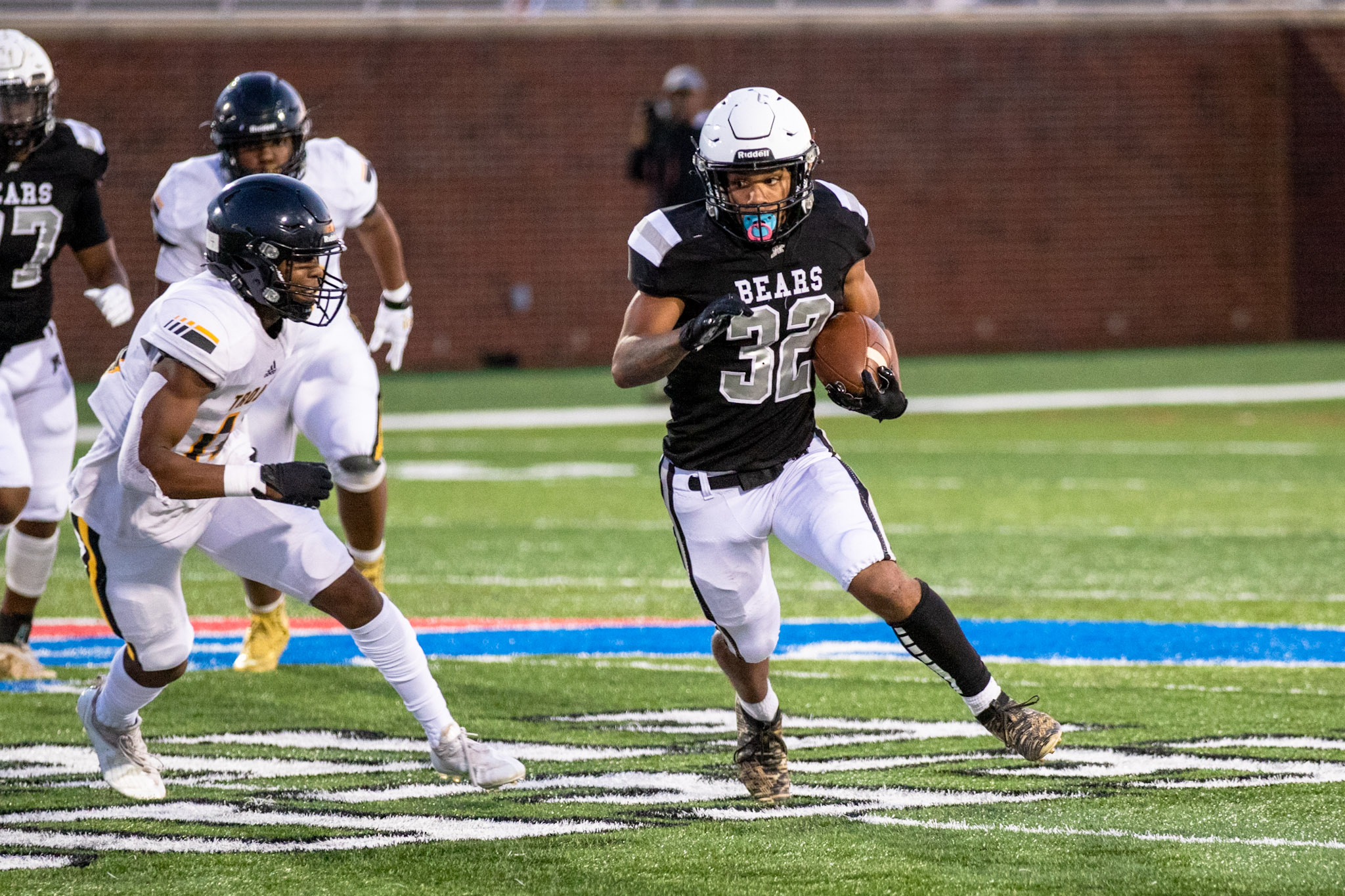 Holes. Not the 2003 movie featuring Shia LaBeouf, but those Houston County is looking to fill this offseason.

That was one of the goals this spring, said Head Coach Ryan Crawford, to include the Bears’ recent Spring game against Peach County.

“So to get them out there on a Friday night against a quality opponent, quality atmosphere, you know big-time Friday atmosphere, and see how they perform, so I think that’s the big thing going into spring.” 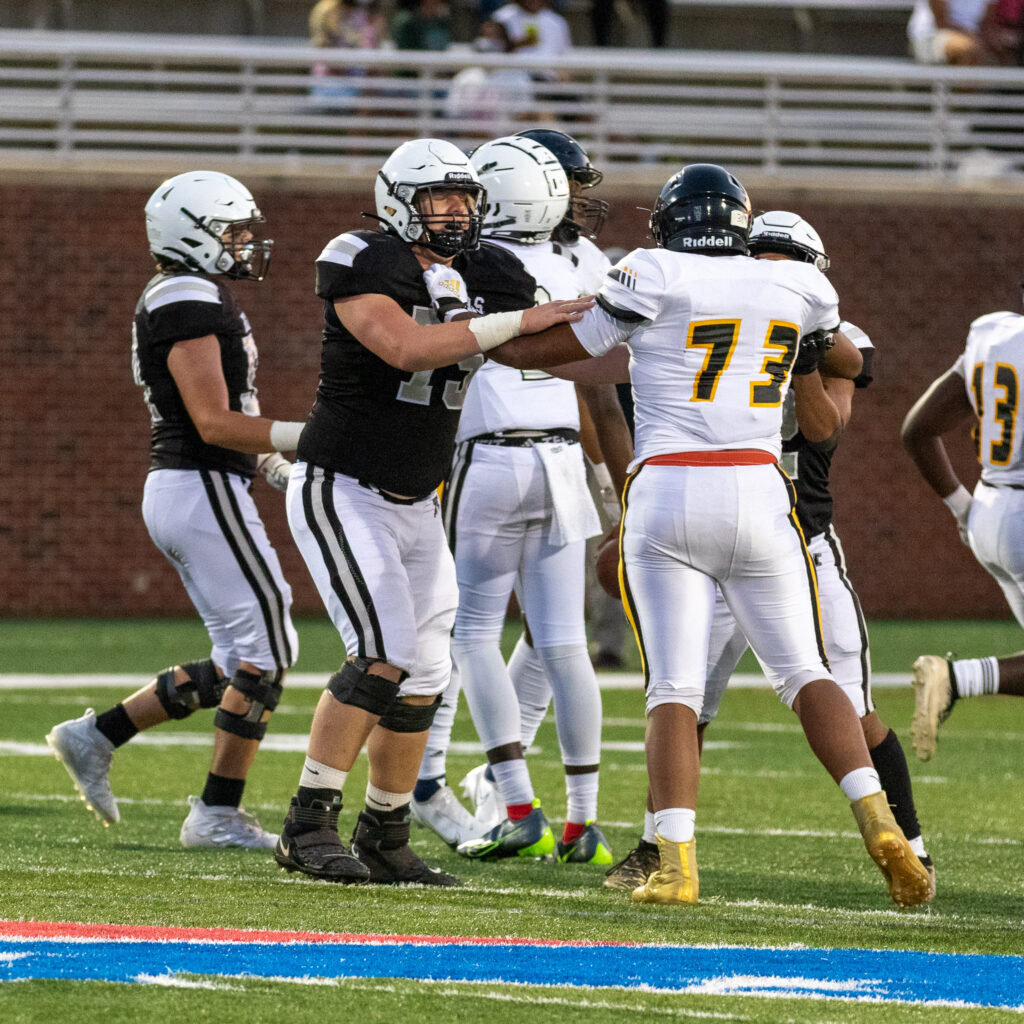 One area Crawford filed under “pleasantly surprised” – although it really wasn’t much of a “surprise” per say – was at the tight end position. He said the coaches have a “few” they really like, and they like where they stand in that area.

where they stand in that area – they have a “few”

“The ‘old school’ fullback is gone now but you have the ‘new school’ type fullback and we have several of those guys that really had a good spring. So a couple of those guys we’re really excited about.”

He added he’s also excited about the quarterback position. Two got a mention as far as those competing, rising ninth grader Antwan Hill and rising 11th grader Ross Curbow, but where they stand as a whole has him “intrigued”, he said. 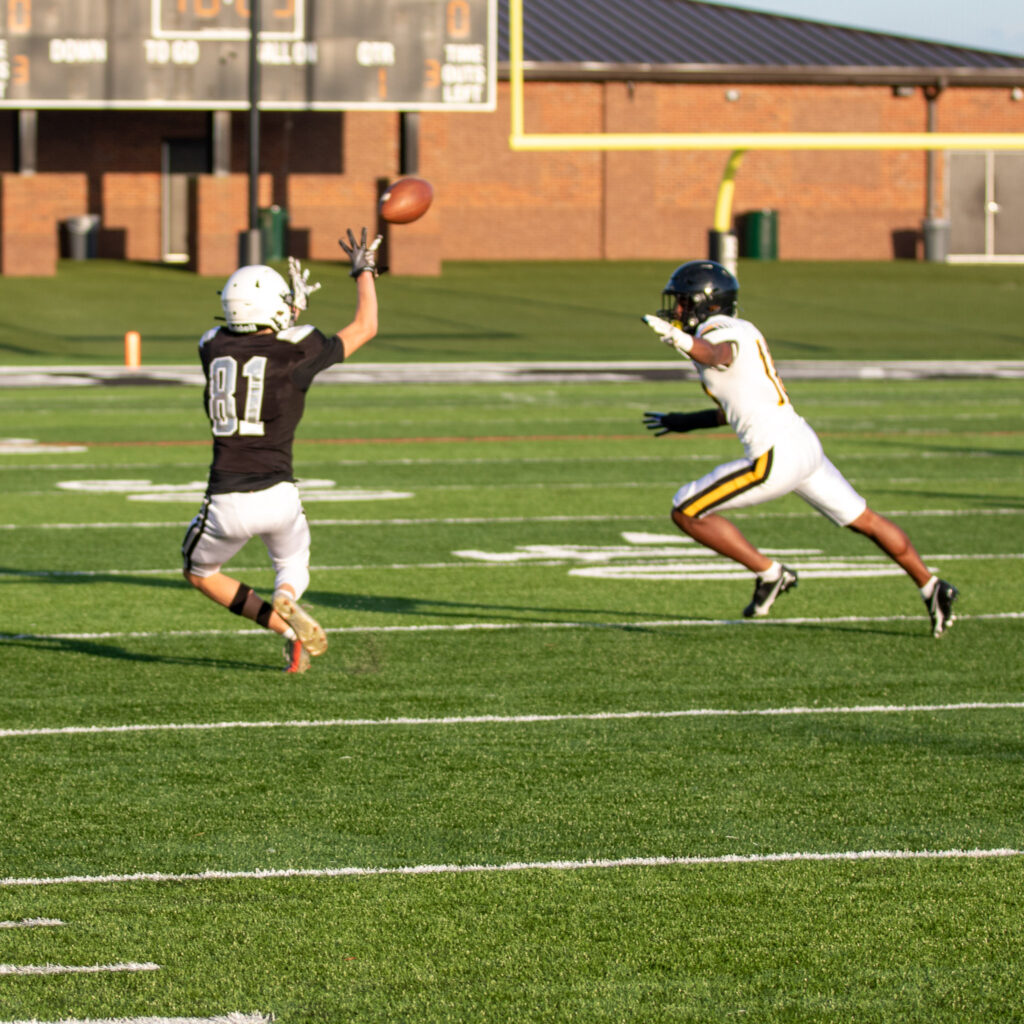