Bears pitcher Jaden Woods signs with the University of Georgia 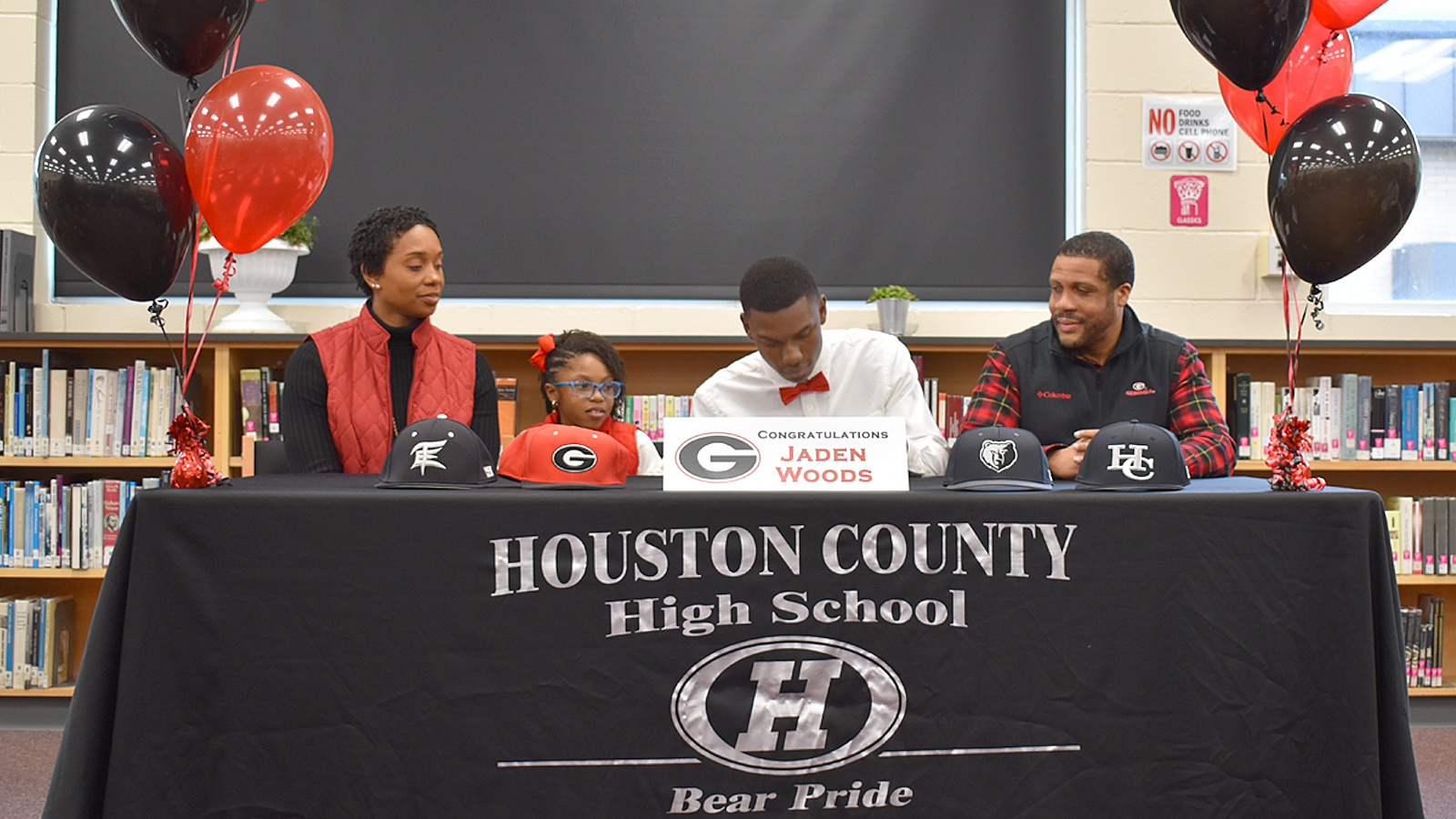 The Houston County High School head baseball coach is just a tad bit upset pitcher Jaden Woods was not named Region 1-AAAAAA Player of the Year. Especially, he said under breath – a bit tongue-in-cheek – since Woods had an earned run average that was an entire point less than the one who did win those honors.

It came Thursday as he watched Woods sign a Letter of Intent to continue his education and play for the University of Georgia.

“I was thinking about this earlier,” Hopkins said. “It’s crazy to think about what Jaden was (looked like) when he came into Houston County (High). People know he had just started playing baseball (he also played lacrosse and soccer leading up to high school, his father said). He was this little scrawny lefty. You know, you never throw away lefties. You just don’t know.

“He’s super raw but every year (since) it’s just been incredible to see the progress he’s made on the field and off the field. I’m extremely excited for just the jumps he’s going to make at Georgia.” (Not to mention his final year for the Bears.) 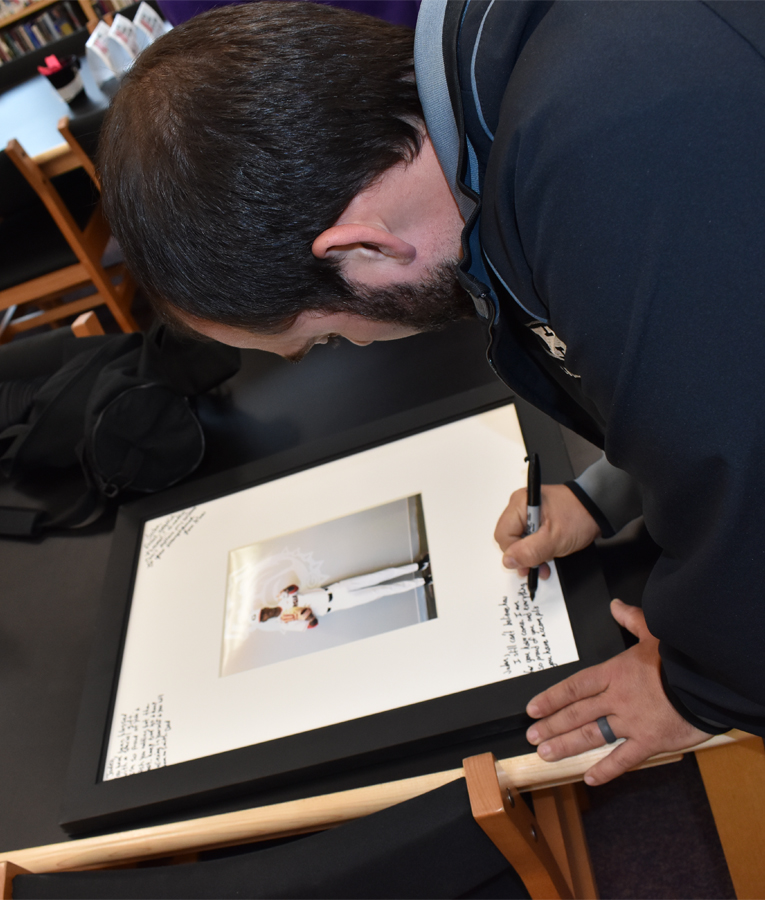 In all this past season, Woods pitched 21 innings of region play. In that, he finished with a 3-1 record and a .656 ERA. Total, he threw 59 1/3 innings. “We play an extremely difficult schedule,” Hopkins said as a lead in for what he would say next. “We started that years ago. So we might not have as good of a record as some. (But) we knew we had to test ourselves if we wanted to get the jewelry.

“So, he’s been playing against the biggest talent in the state, and even out of state.” It’s all the more remarkable then, Hopkins said, that he finished with a 9-2 record and a 1.18 ERA. “Anything below two is phenomenal,” he said. “Anything in the low ‘ones’ and you’re getting ridiculous. He gave up (just) 21 hits all season. I thought that was crazy (good).”

Woods also finished with a .314 batting average, had a .395 on base percentage and 18 Runs Batted In. “He’s an extremely talented athlete,” Hopkins said. “Honestly, he’s the ‘five tools’. That’s what they call it. He can throw. He can run. He can do anything you want him to do on the baseball field.”

Woods said he chose the Bulldogs because they have always been his “dream school” – plus he loves the campus and coaches.

He plans on majoring in sports marketing and somebody, hopefully, play for the San Diego Padres, another team he said he has always admired. 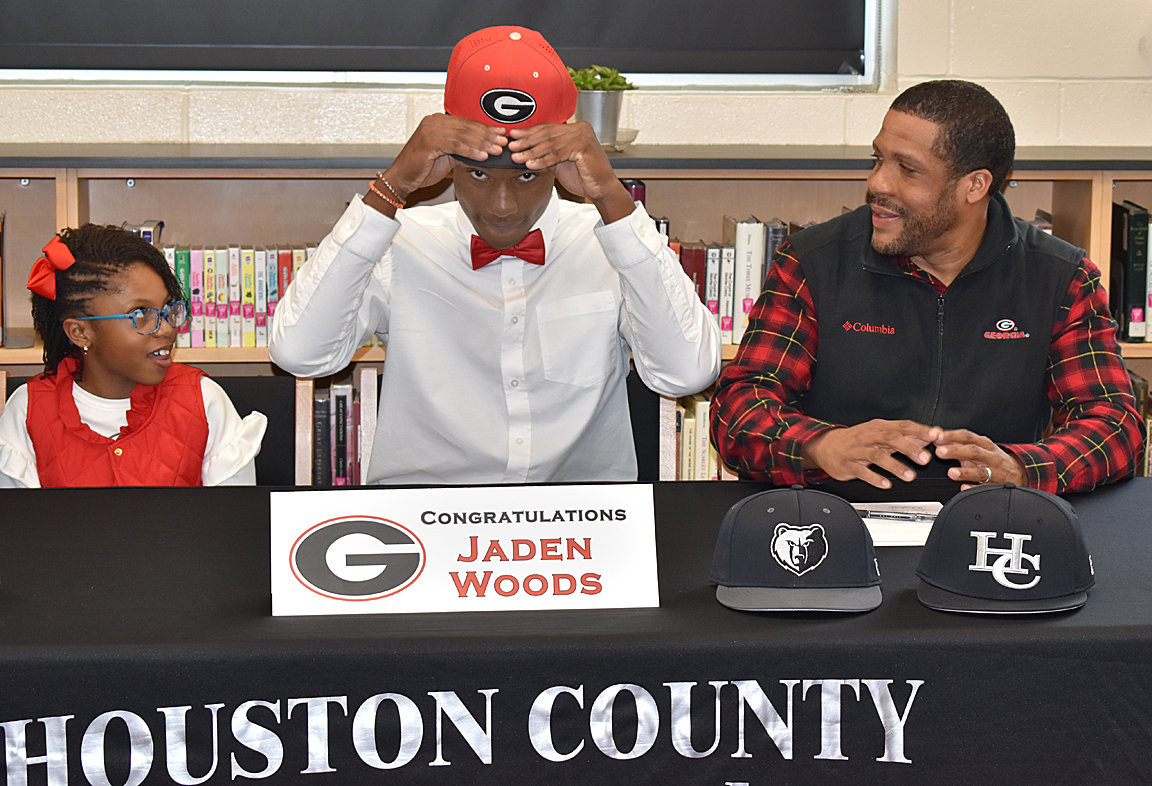