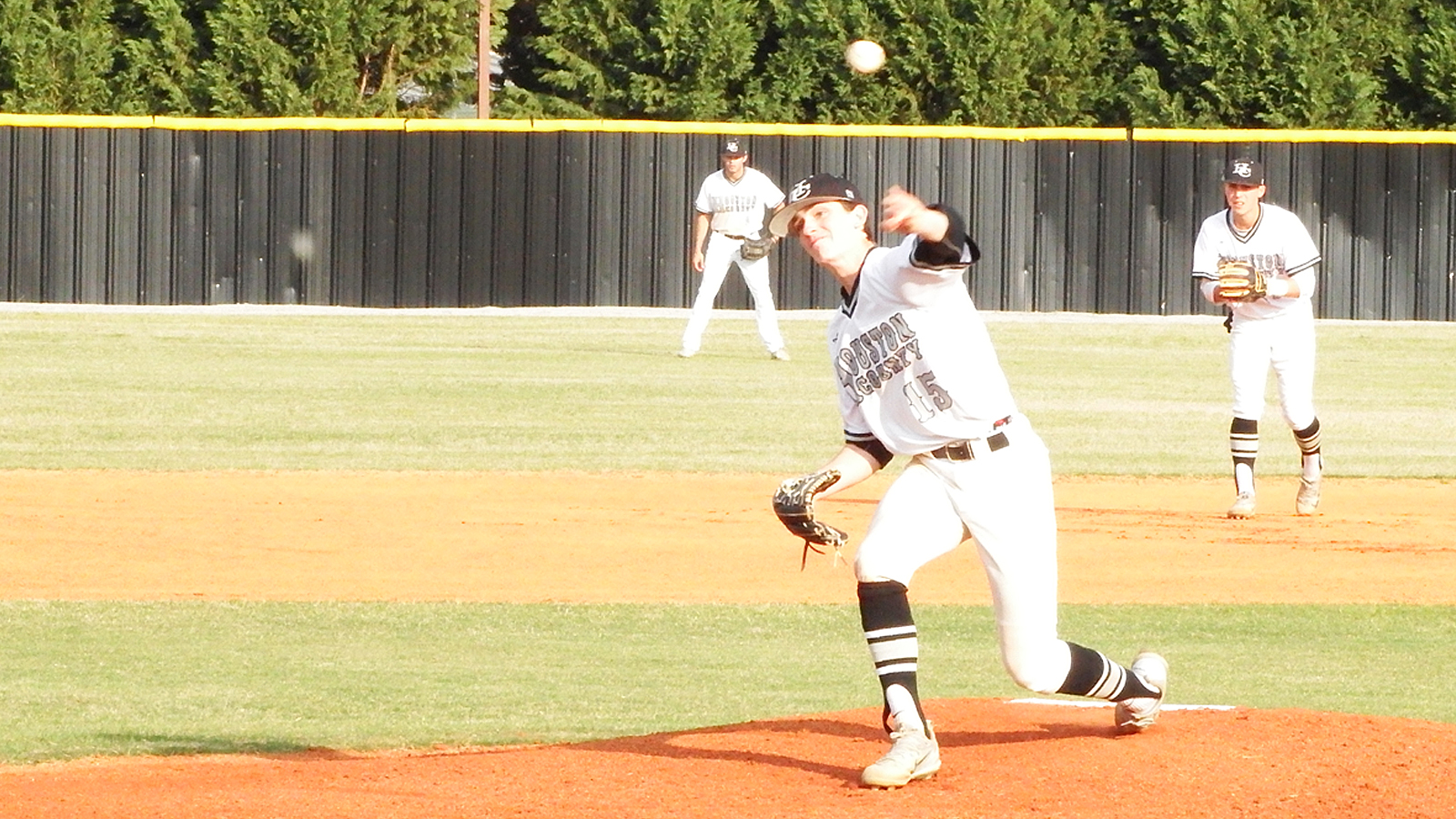 Houston County dodged the proverbial bullet Tuesday. The Bears won 4-3 on Austin Langford’s sacrifice fly to center that scored Lawson Trawick. The latter had singled to start the inning – the bottom of the seventh – moved to second on a passed ball and third on a one-out single by Logan Morris.

That was all that really mattered – the Region 1-AAAAAA win (their first) – but it was marred a bit by the fact Houston County began the seventh up 3-1.

Lefty Cam Jones had pitched a gem up until that point – scattering four hits, striking out seven and not walking a batter – but with an out in the books he hit Chad Hutto, who was 0-2 at that point. Then he gave up a double to leadoff hitter Wade Sumner. (The top of the lineup is where the Trojans did their damage.)

Jones was lifted for Chandler Ring. Ring gave up a pair of walks – and a wild pitch that allowed one run to score. He was replaced by Austin Hittinger, who in turn gave up a bases-loaded walk to tie the game. Now it was Austin Langford’s turn. He coaxed a fly ball out of Cooper Gruszka to finally stop the bleeding.

That gave way to the aforementioned seventh.

The Bears’ first run came in the third when Jacob Profit drove a pitch from sidearm right-hander Trent Phillips down the right-field line and raced to third. That was with two outs. He was brought in by Cole Simmons’ single that went off the glove of the third basemen. Houston County ended up leaving the bases loaded that inning and left eight on base in all. Coffee had the same problem and stranded the same amount. 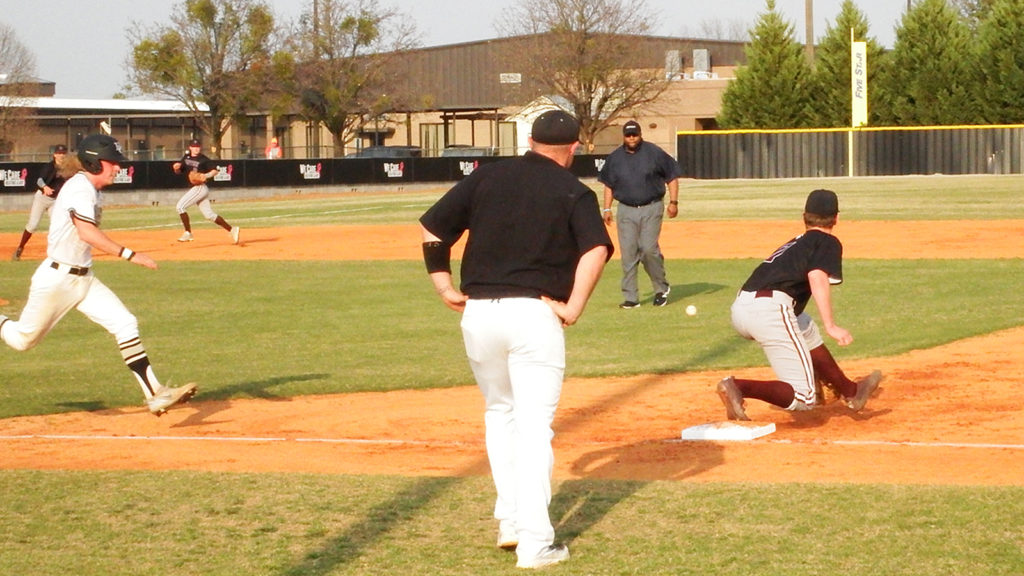 The Bears got an insurance run in the fourth. That came via a one-out single by Langford, a walk to Bryant Rowell and an RBI single by Jones to help his cause. The Trojans answered with one in the fifth, but Houston County answered it with one in the bottom half.

The Bears put up nine hits in all. Coffee had five. They also improved to 1-1 in the division while dropping the Trojans to the same mark. Houston County also improved to 4-11 overall while Coffee now stands at 8-10.

The two are just getting started with each other, as Friday they have a doubleheader. That is slated at Coffee, with the first pitch set to be thrown at 5 p.m. 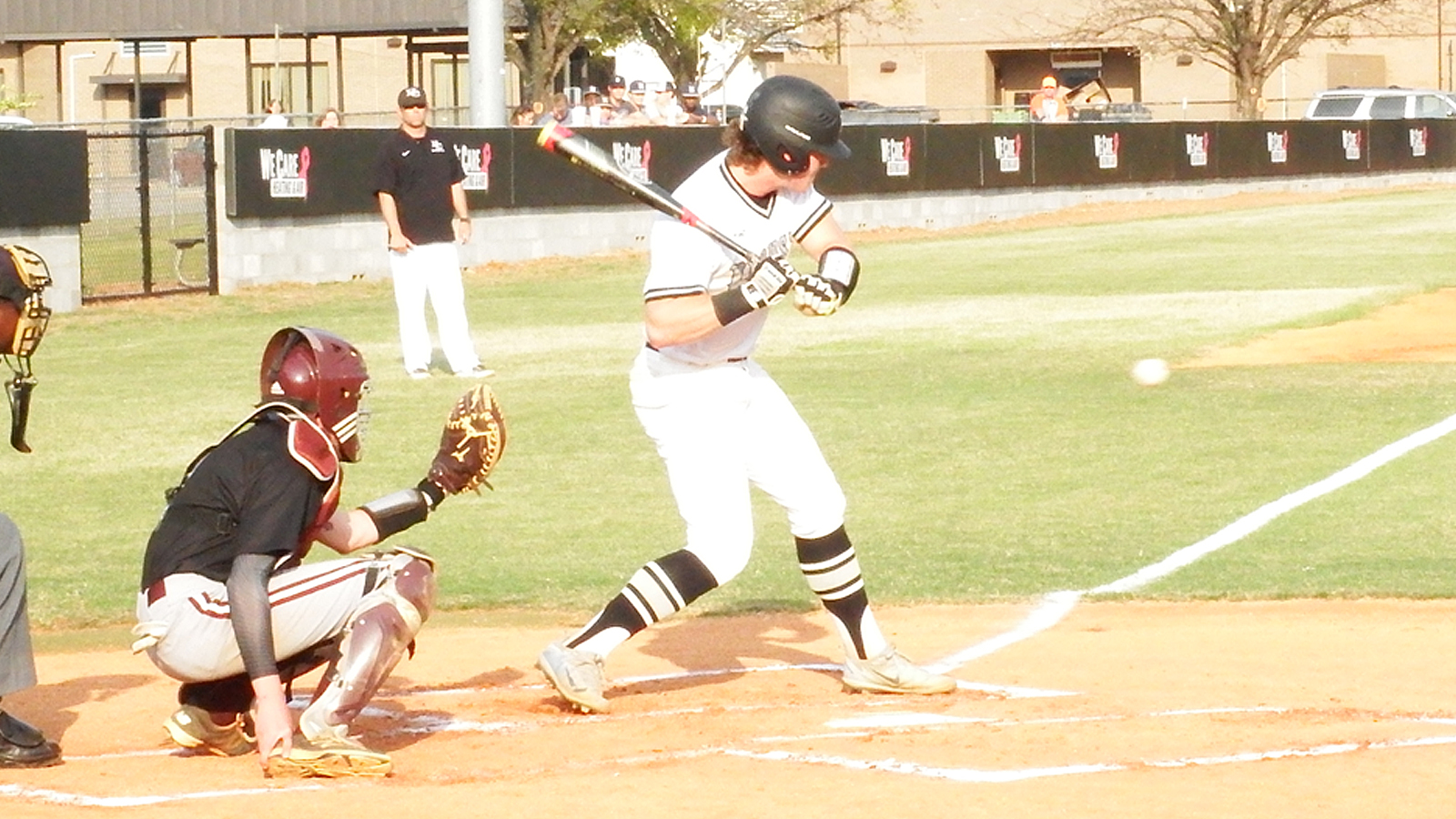 Cole Simmons takes a pitch during the Bears’ game against the Trojans Tuesday at Houston County. (Photos by Don Moncrief)