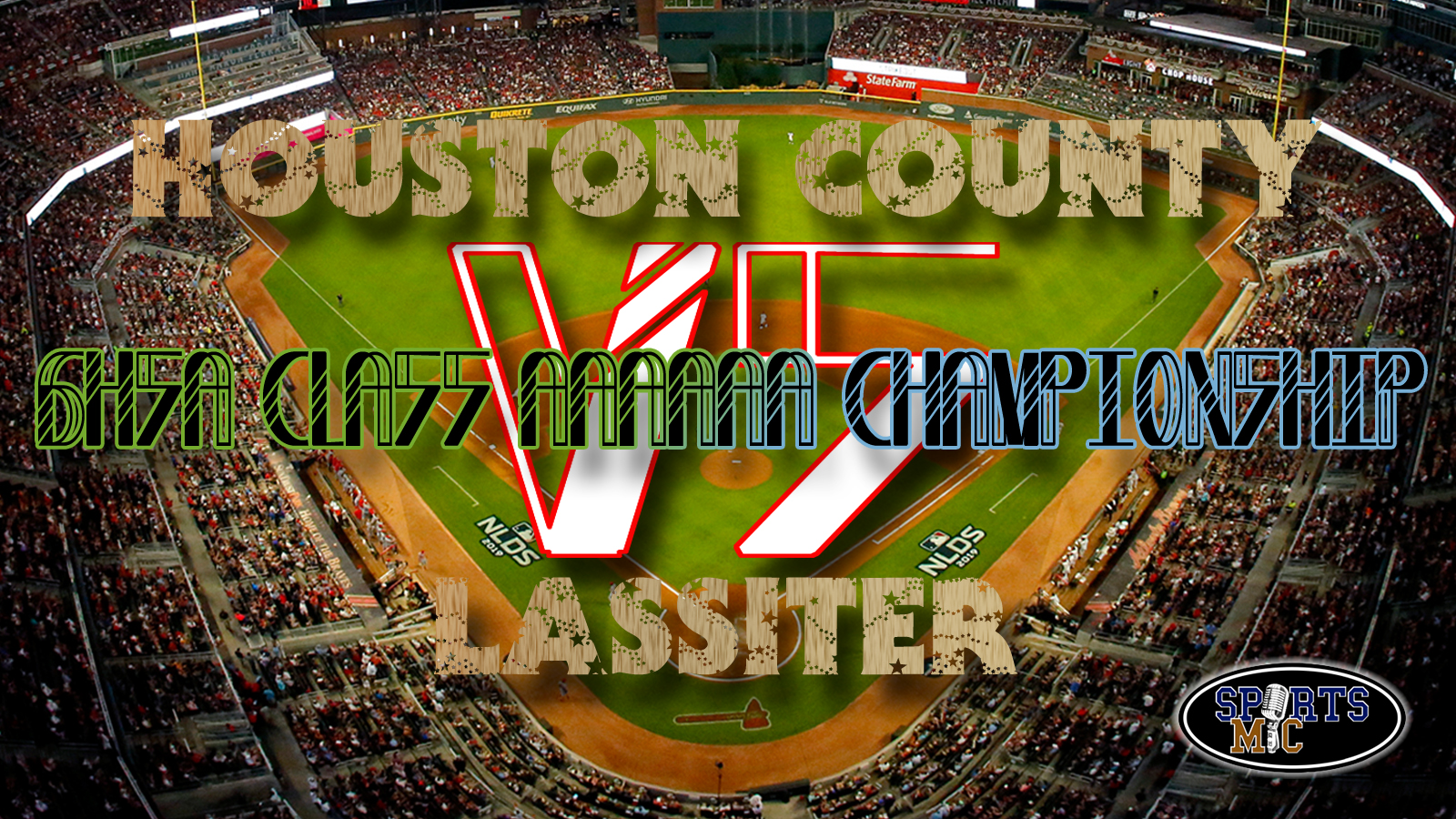 Houston County won its third state baseball championship Wednesday. The previous two were in AAAAA – 2014, 2016. This one, via a 2-1, 4-0 sweep of Lassiter in Truist Park in Atlanta, gave the Bears their first in AAAAAA.

Brodie Chestnutt pitched a gem in Game 1. He gave up just four hits in seven innings while striking out seven. Coleman Willis didn’t fare as well in Game 2. He gave up eight hits. The good news was that he scattered them out over the course of the game. The big story was the Bears jumping all over Trojans ace Walker Noland in the first inning – all four runs came during that span – and then making it stick.

Lassiter got a two-out triple in the first inning of the first game, but Chestnutt struck out the next batter to end the threat. The Bears went in order. Two fly outs were part of Houston County’s at bat.

The Trojans, the visitor in Game 1, got a two-out double in their second but a ground out on the next hitter took care of that. Coleman Willis coaxed a leadoff walk to start the bottom half of the inning, but a double play eliminated him and the Bears’ hope of breaking through on the scoreboard.

Lassiter got its lone run in the third. It started out as just a single by Parker Hughes, but two errors on Bradley Frye’s groundout enabled him to come around and cross home.

Houston County answered in the bottom half. Garrett Hortman singled. Christian Davis did likewise and both got an extra base on an error. Two outs later Treyson Hughes singled home Hortman.

Lassiter got a single in the fourth but could do nothing with it. The Bears went in order when their turn came up.

The Trojans coaxed two walks in the fifth but a pickoff with two outs ended that threat. Hortman reached on an error to start the fifth. He advanced to second on Davis’ ground out. Chris Le also singled. It was an infield single to the shortstop, so Hortman was held. Both were then stranded on a fielder’s choice and fly out.

Lassiter went in order in the sixth. That set the stage for the game-winning run. Andrew Dunford walked to start the inning. Willis doubled him to third – he just missed a homerun – where Drew Burress’ sacrifice fly brought him home. A great catch on Trent Ringer’s fly ball accounted for the second out but the threat remained as Hortman reached on an error by the first baseman. He was originally called out, but it was overturned as it was ruled the first baseman pulled his foot. A ground out, however, kept the lead to one.

A diving stab/throw by third baseman Burress, one of several defensive gems he made on the night, took care of Lassiter’s first hitter in the seventh. Chestnutt struck out the next and walked the next. That brought the top of the order back up, but a fly out preserved the win.

Harrelson and Hughes both singled to start things off – with Houston County being the visitor. Dunford’s triple in the gap in left center brought in both. Willis singled home Dunford to make it 3-0.

Following a strikeout, Ringer singled to left to put runners on first and second. Hortman singled to bring in Willis and make it 4-0, but Ringer was thrown out at third for the second out. A strikeout ended the inning.

Lassiter didn’t score but they also didn’t go quietly. It had a leadoff single to start its first, but the runner, Hughes, tried to steal second and was thrown out. That proved all that more painful when the next hitter, Cameron Campbell, doubled. A strikeout ended the inning.

Noland appeared to settle down in the second as he set the Bears down in order.

The Trojans added another single in the bottom half of the inning, but left the runner on first.

Houston County had a leadoff double by Dunford to start the third, but he was left stranded as well. Lassiter again put runners on in the third – two, both with one out in the books – but left them at second and third.

Davis walked with two outs in the books in the fourth. He was left on. The Trojans got a leadoff single and a two-out single but same story: stranded.

The Bears got a leadoff walk and single in the fifth. A line out, fly out and ground out negated both.

Again Lassiter got a single in the fifth. That came with two outs and was followed by a third. Houston County had Davis reach via an error with two outs in the bottom half. He was left on.

Finally, Harrelson singled to start the seventh. Three outs followed. The Trojans went in order in the bottom of the inning to give the Bears the win and championship.