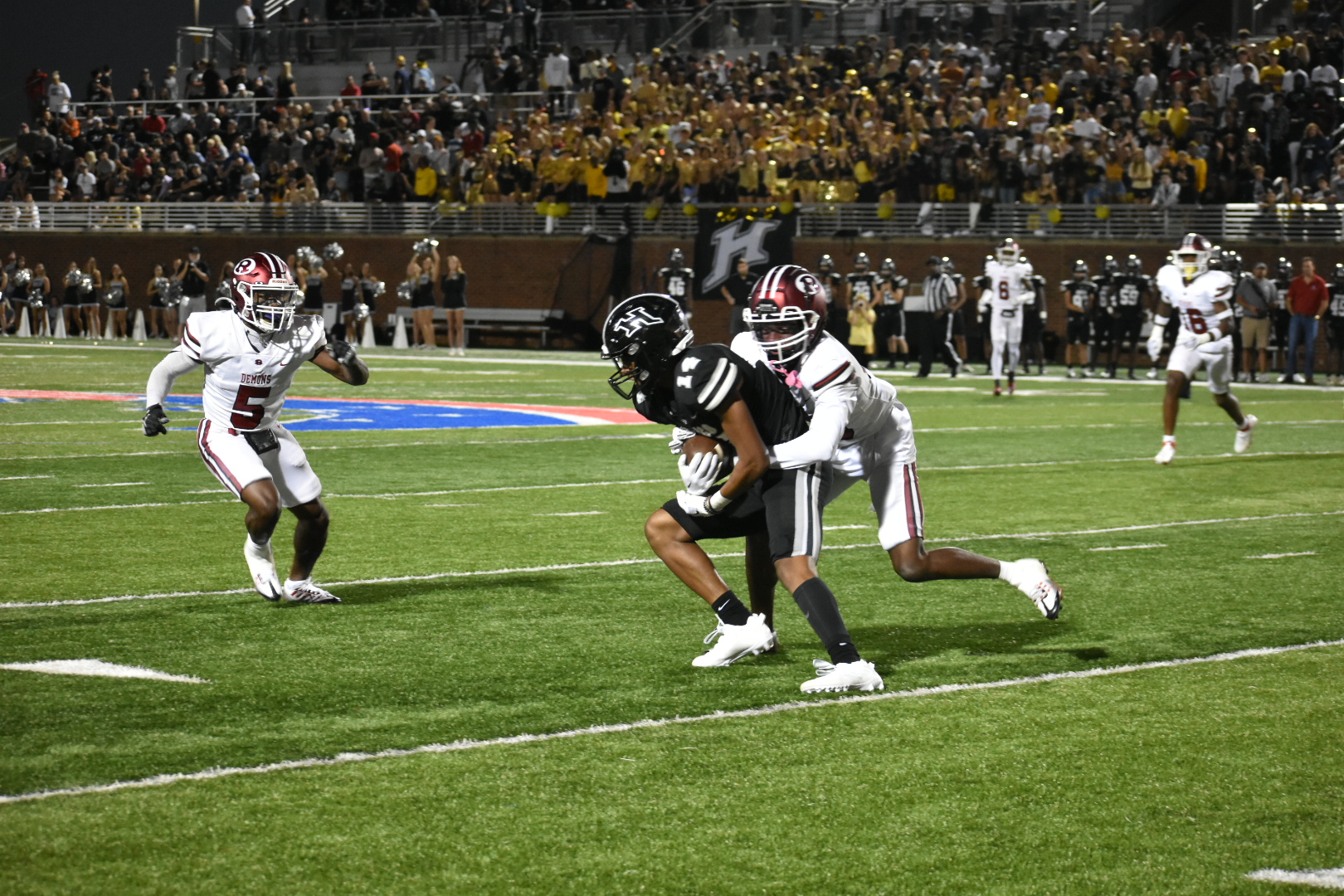 Houston County made the best use of both Friday against Warner Robins. Both – in the literal sense – led to touchdowns and helped the Bears get out to a 14-0 lead. They went on to win 28-8.

The short field came when the snap on a punt slipped through the hands of the kicker. It was downed on the 3. A run put it on the 1 where Nick Jordan ran it in on the next play. Thomas Bryant made the point after. It came with 6:42 left in the first.

After a slew of punts by each – the game was really all about the defenses until the Demons’, spending a lot of time on the field, might have tired – Bears quarterback Antwann Hill Jr. stepped up in the pocket and hit Kale Woodburn on an 81-yard post route – the long field. His score, coupled with Bryant’s point after made it the 14-0 with 4:58 left in the half. Both punted to finish it off. 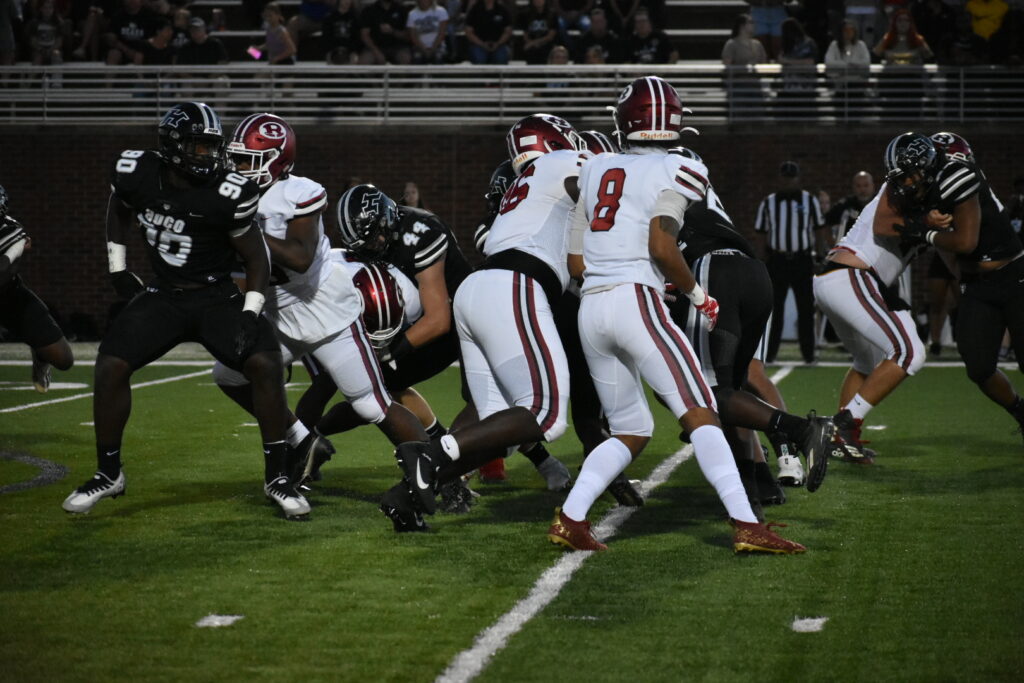 Warner Robins scored its lone touchdown to start the third. They took the kick on the 40, gained nine yards on two short passes and an even shorter run. Facing a fourth-and-1, Elijah Antonio slipped through the defense, and when he did, it was nothing but daylight in front of him. He scored. The Demons went for two, and on the creative of plays, converted it with a pass from Isiah Canion to Vic Burley.

Antonio’s run was electric. The problem was it might have energized the wrong team.

Houston County answered it right back with a 10-play, 60-yard drive of its own. Ryan Taleb accounted for the score with a 13-yard run. The Bears also converted a fourth-and-one along the way. Bryant made it 21-8.

Both punted before Houston County scored again. It started on its own 20, went seven plays and scored on a 35-yard pass from Hill to Ricky Johnson. Bryant’s point after made it the final, 28-8, with 1:52 left in the fourth.

The two continued to trade blows throughout the fourth – picking up a first down here and there along the way but eventually punting.

The Bears did appear as if they were going to score again before it was all over when they took it on their own 37 with 3:36 remaining and getting it to the 18. There, they were finally content to let the clock run out for the win. 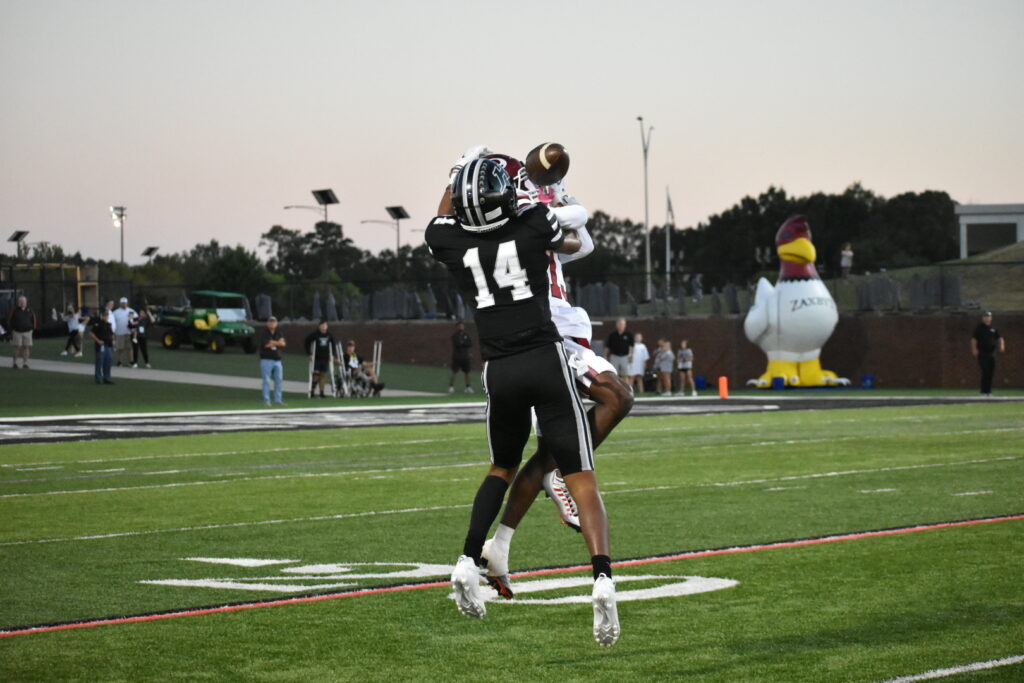