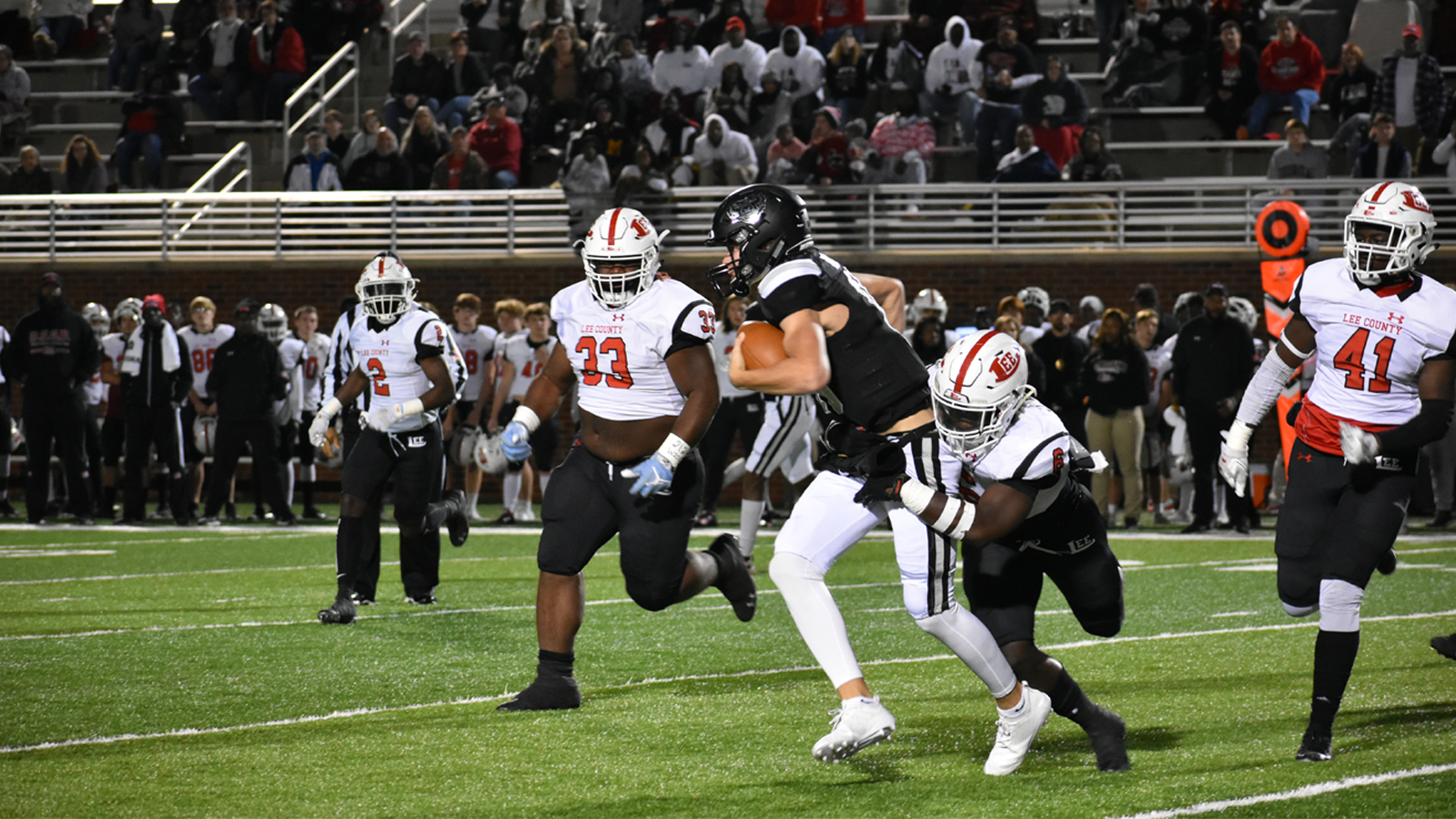 The defense set the table. In fact, the defense laid out the best linen, the best silverware and the best china.

In the end, it just wasn’t enough … oh so close once again … for Houston County in its attempt to upset Lee County, the third ranked team in AAAAAA, Friday on Freedom Field.

Just like the fourth-and-five pass on the Trojans’ 12-yard line that fell incomplete, so were the Bears. They lost 24-20. The aforementioned play came on a drive that started on their own 20 with four minutes left in the game. It went for 11 plays – one of those a 17-yard pass from Max Rigby to Leeshoen Jarrett and another a 21-yard pass from Rigby to Eric Williams, both for obvious key first downs – before stalling. Lee County finally took over with just inside two minutes left, and with Houston County out of timeouts, ran out the clock. 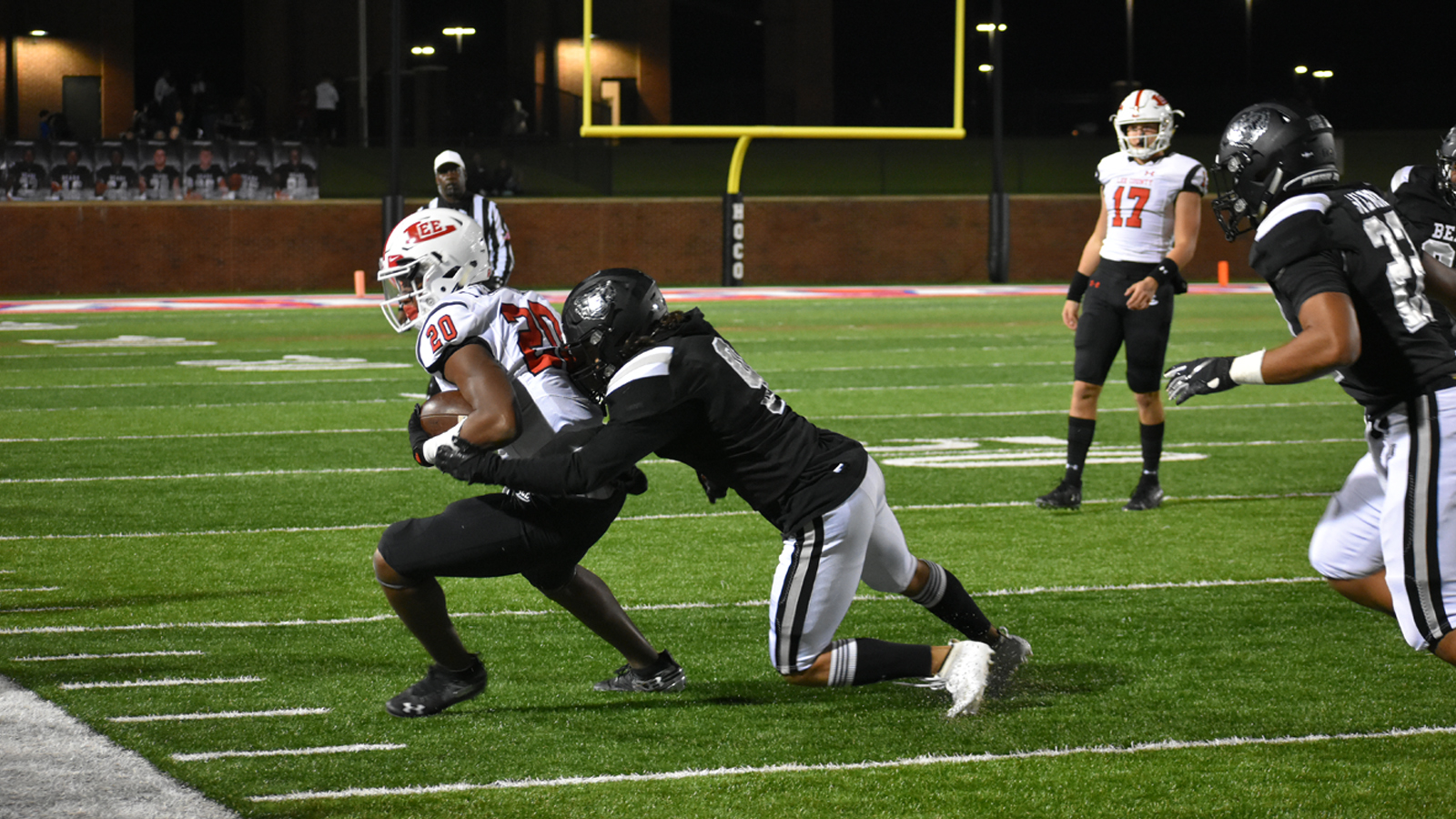 As far as the defense, it helped the offense get on board first in the first quarter. That was set up by an interception by Cam Stewart and came via a 34-yard field goal by Luke Rigby.

Lee County answered that with a 57-yard drive that ended with a run from the 20. The point after was no good making it 6-3 with about 10 minutes still left in the quarter.

The Trojans also blocked a Bears punt on their next possession. That gave them a short field at the 25 and an even shorter one three plays later when the ball was on the five. However, see: defense. They forced a fumble on the next play from scrimmage. Antwan Adams scooped it up and ran 95 yards in the opposite direction for the score. The point after made it 10-6, Bears, with 4:36 left in the quarter.

The defense continued its good work on Lee County’s next possession. Two sacks and the loss of a ton of yardage resulted in a punt.

Houston County took over on its own 35. It then went 11 plays and scored on a 15-yard pass from Rigby to Isaia Harris. Luke made it 17-6 with the game about 30 seconds into the second quarter.

Both punted following before the Trojans scored from the 5. That was the finish to a drive that started on their own 42. They also went for and converted the two points to make it 17-14.

The Bears drove the next possession from their own 20 to the visitor’s 20 before coming up short on a fourth-and-one.

That finished off the half.

Houston County received to start the third and was forced to punt. Lee County then scored – converting a fourth-and-nine inside the redzone and even fumbling twice on the play that led to the score. The touchdown gave them a 21-17 lead with 8:12 remaining in the third.

The Bears were forced to punt twice following, but they also returned the favor via stopping Lee County – a team that put up 53 points in a win over Valdosta the week prior – on a fourth down on one drive and a missed field goal on the other. The Trojans did get a field goal – 23 yards – but it was aided by a fumble recovery.

Besides, Houston County got its own – 23 yards by Rigby – early in the third. That made it the final, 24-20, but the Bears’ defense continued strong. The first two possessions for Lee County in the fourth ended in punts.

The Bears’ offense did likewise on its first possession of the quarter – a sack hampered progress on it – then put together the aforementioned drive that up until the last play looked to be a feast for the ages. 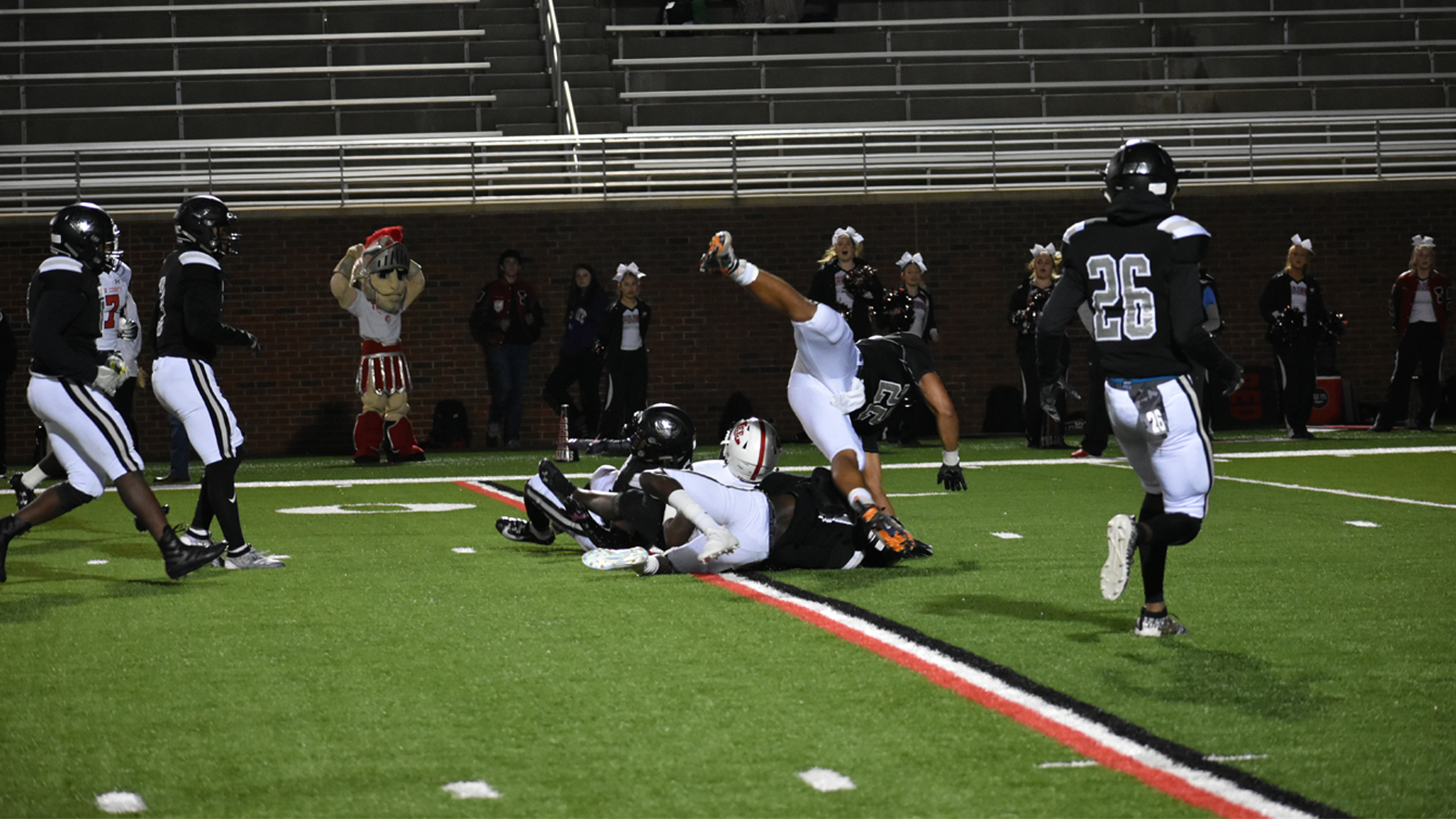 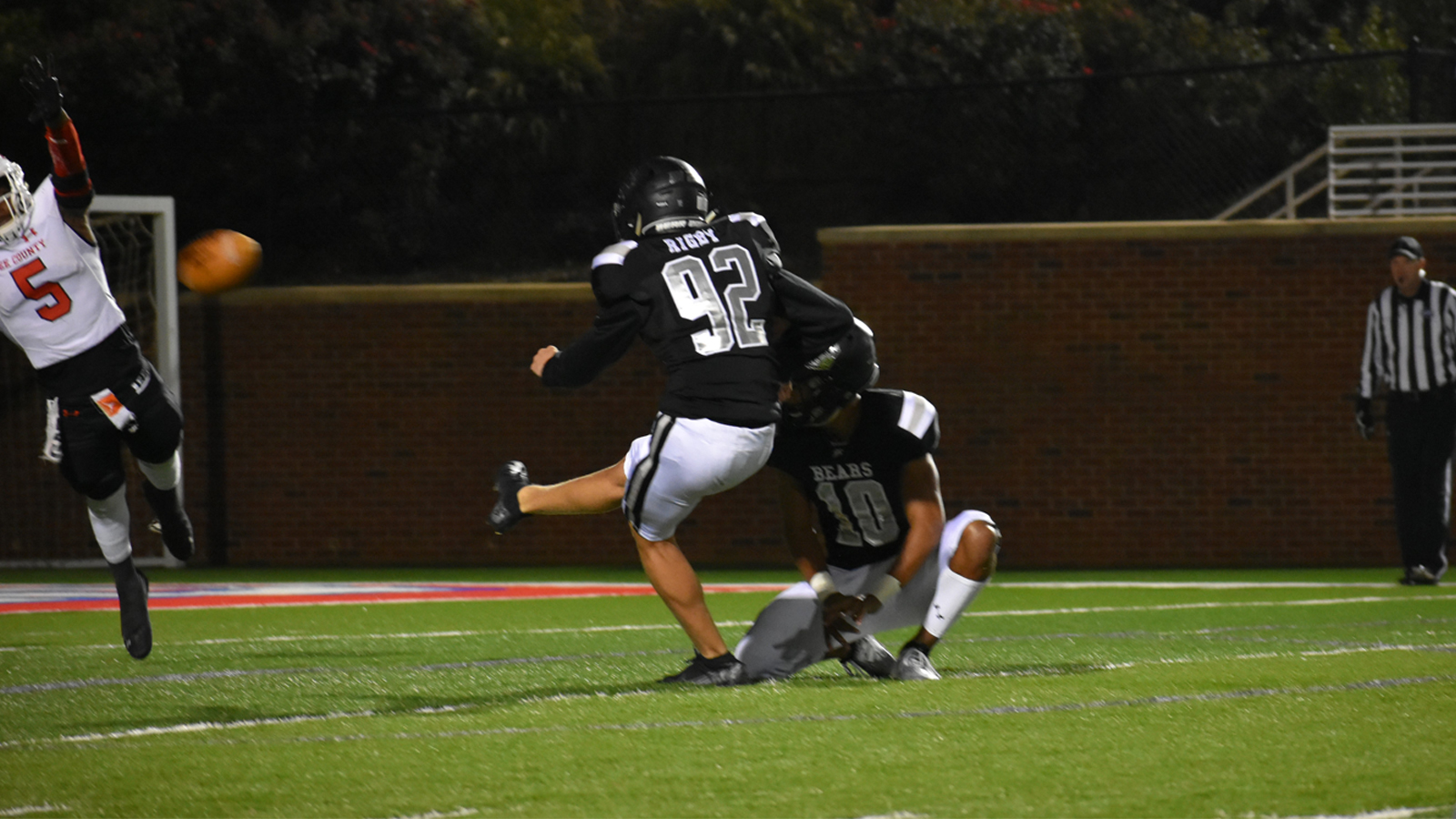