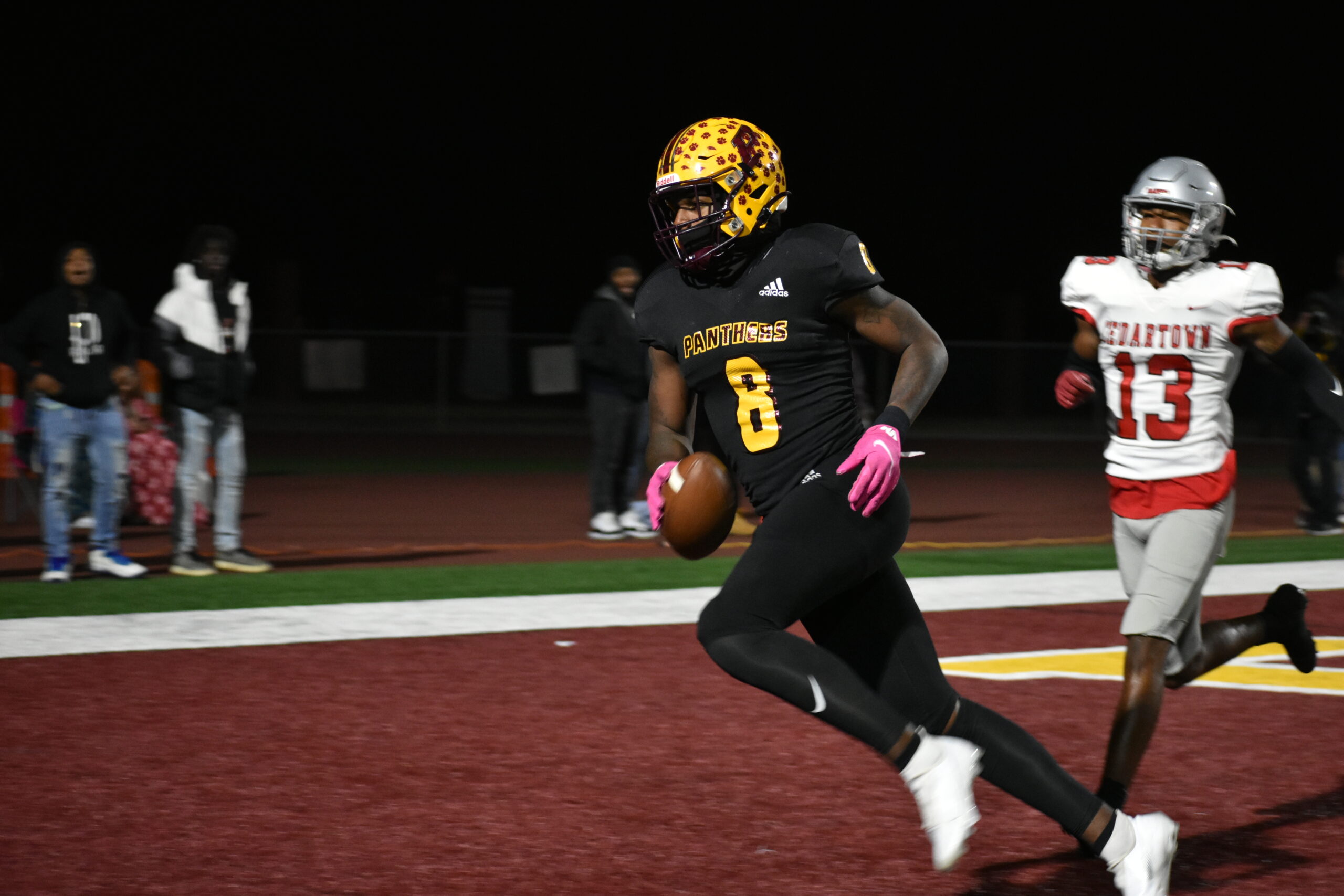 Daequan Wright scored on a 35-yard pass from Armar Gordon Jr. Carter Horton hit the point after. Perry was unable to pull off the two-point conversion, but it had its first lead of the night, 18-17 with just over a minute gone in the third and appeared ready to pull off its second-straight second-half rally, this time in the quarterfinals.

Instead, it was Cedartown rallying back and going on to a 39-25 win. 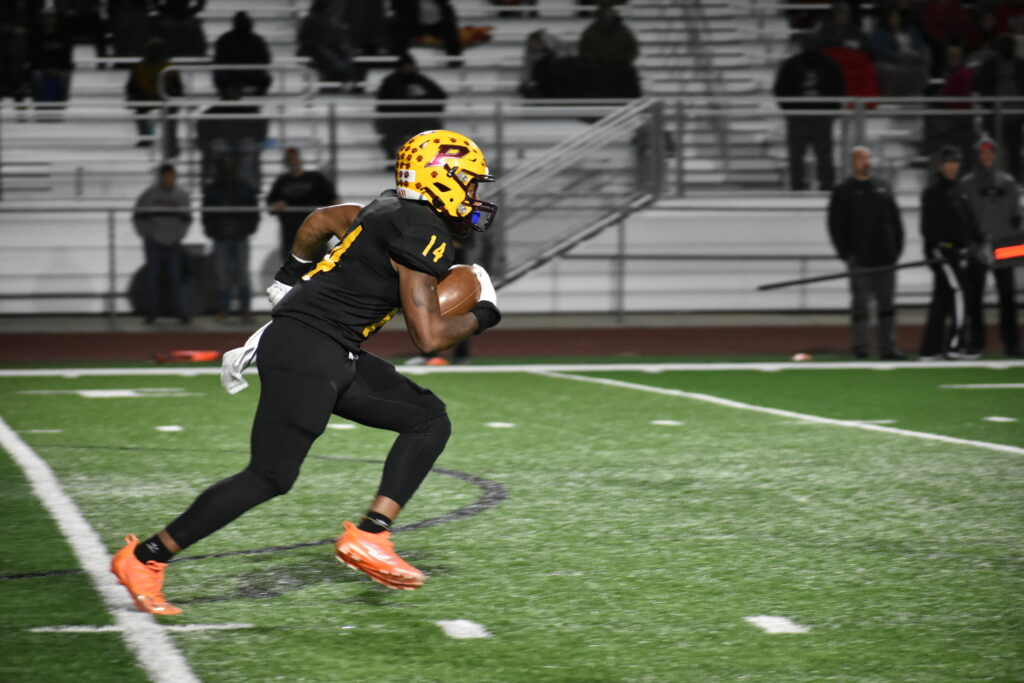 It started the game with a touchdown, an 11-play, 80-yard drive that ate up about six minutes of the game clock. (Eating up the clock – keeping the ball away from an explosive Panthers offense played a big part in its win.) Harlem Diamond finished off the drive with an 18-yard run.

Perry answered the score with one of its own. It started on the 35, went five plays and ended on a five-yard pass from Gordon to Wright. The point after missed; in fact, Perry missed its first two.

The Bulldogs countered with a quick score following, a 67-yard run from C.J. Washington – his first of four (he was ever a pain in the Panthers’ side). The point after made it 14-6 with just inside three minutes left in the first quarter.

A fumble gave Cedartown a chance to add to its lead, but it had a touchdown called back on a hold and then four plays later missed a field goal; the first of two missed on the night.

Still, it forced the Panthers to punt, the game moving into the second quarter, and then made it 17-6, this time making the field goal – Mario Maldonado from 30 yards out. That capped off a nine-play drive that started on their own 22.

Perry made it 17-12 on a four-play, 83-yard drive, finished off by Demetrious Carter’s 51-yard run. That’s where it stood at the half. 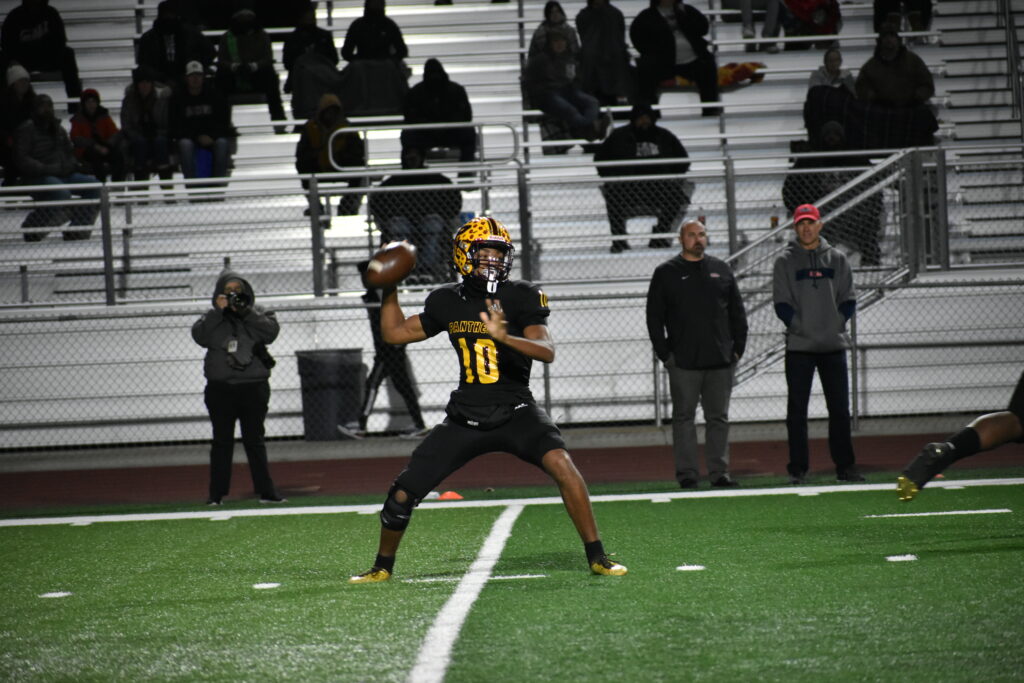 Wright’s score to start the third was followed up by the aforementioned second missed field goal by Cedartown.

The Panthers were forced to punt. The Bulldogs then made it 25-18 with a 13-play, 70-yard drive. (It appeared all night Perry put the visitor in third-and-long situations. This drive was no exception, with it three times converting enroute to the endzone.) Washington’s score was from the 2, with Cedartown also making the two-point conversion.

The Panthers were again forced to punt. Cedartown, with the game moving into the fourth, made it 32-18 with a 14-play, 80-yard drive and a Washington score from the 2.

Dakarai Anderson’s six-yard score from the 3, coupled with the point after made it 32-25. It came with just over six minutes left to play.

Even better, the kickoff put the Bulldogs on their own 14. All Perry had to do was hold. See: Third-and-long. On third-and-six Cedartown picked up a huge gain and a first down. On third-and-12 from the 12, Washington caught a pass for the score. That made it the final 39-25.

Perry fumbled on its next possession. The Bulldogs recovered but were held and turned it over on downs. A pass put the ball on Cedartown’s 21, but the next was picked off. Cedartown took a knee for the win.

It improved to 11-1 and moved on to the semifinals. Perry ended its phenomenally-successful year – for the second-straight year in the quarterfinals – at 11-2. 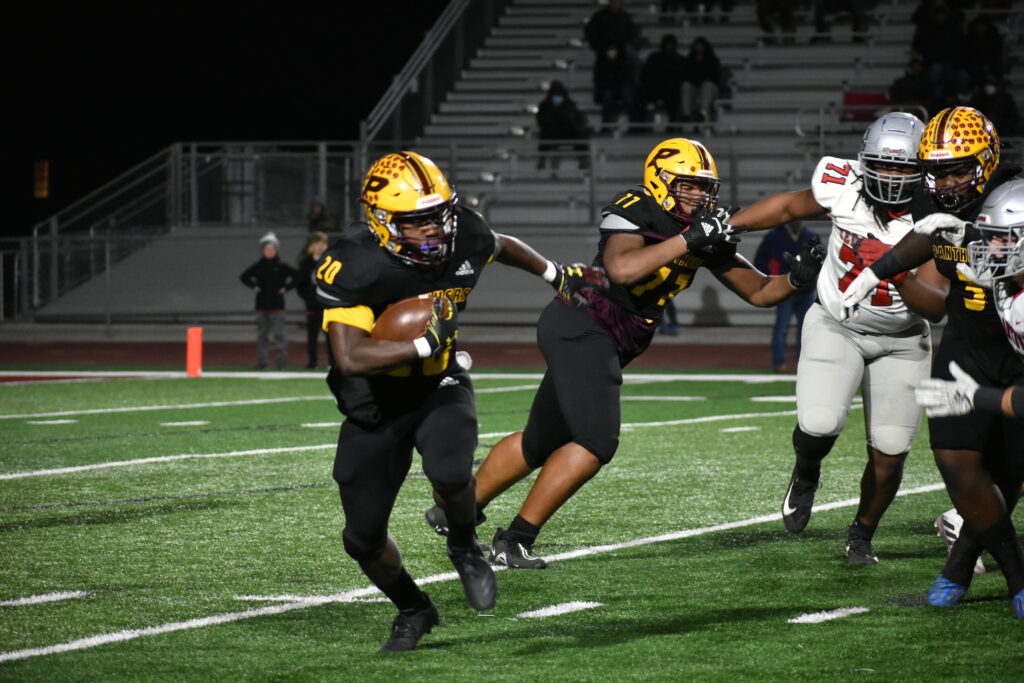