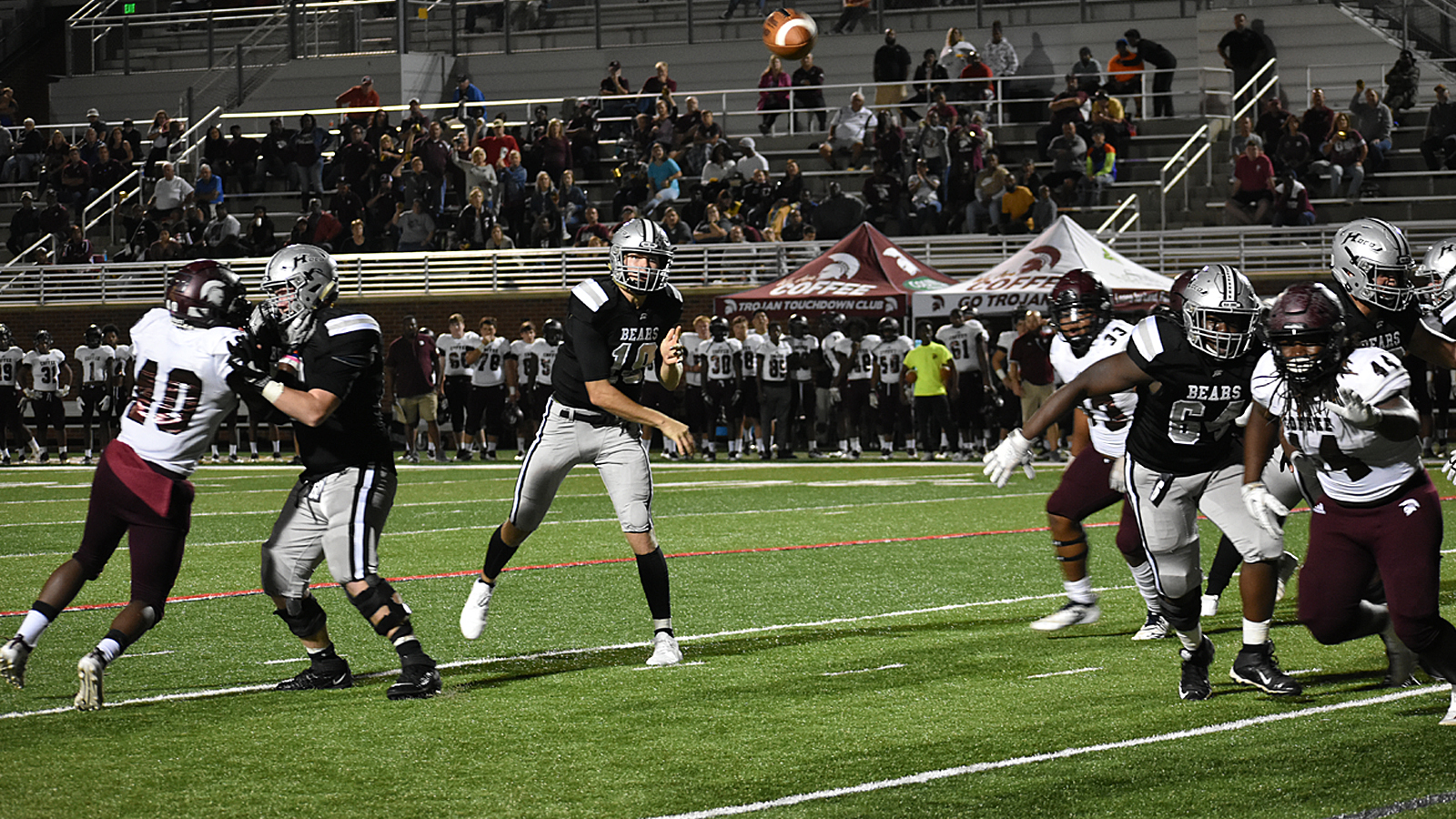 Houston County went from the mountain to the valley seemingly in no time flat.

The Bears, falling to Coffee 28-7 at home on Freedom Field Friday (on Military Appreciation Night), put up more yards than the Trojans in the first half – 131-66. They – the Bears – had more first downs – 12 to eight.

They also put together several drives, one of which ended on a missed 34-yard field goal by Luke Rigby and one that was negated by an interception. (They also lost a fumble that gave the visiting Trojans a short field of 24 yards and ended in a Jamal Paulk run of six yards and a 7-0 deficit.)

However, the second half appeared to signal the beginning of putting all that behind them. Especially when they took the opening kickoff and went 80 yards for a game-tying score. It lasted for 11 plays and ended when quarterback Max Rigby found Kyah Plummer from 13 yards out. The drive took just short of three minutes. Luke made the point after.

So, there you have it. On the mountain top and with seemingly all the momentum necessary to go on for the win. 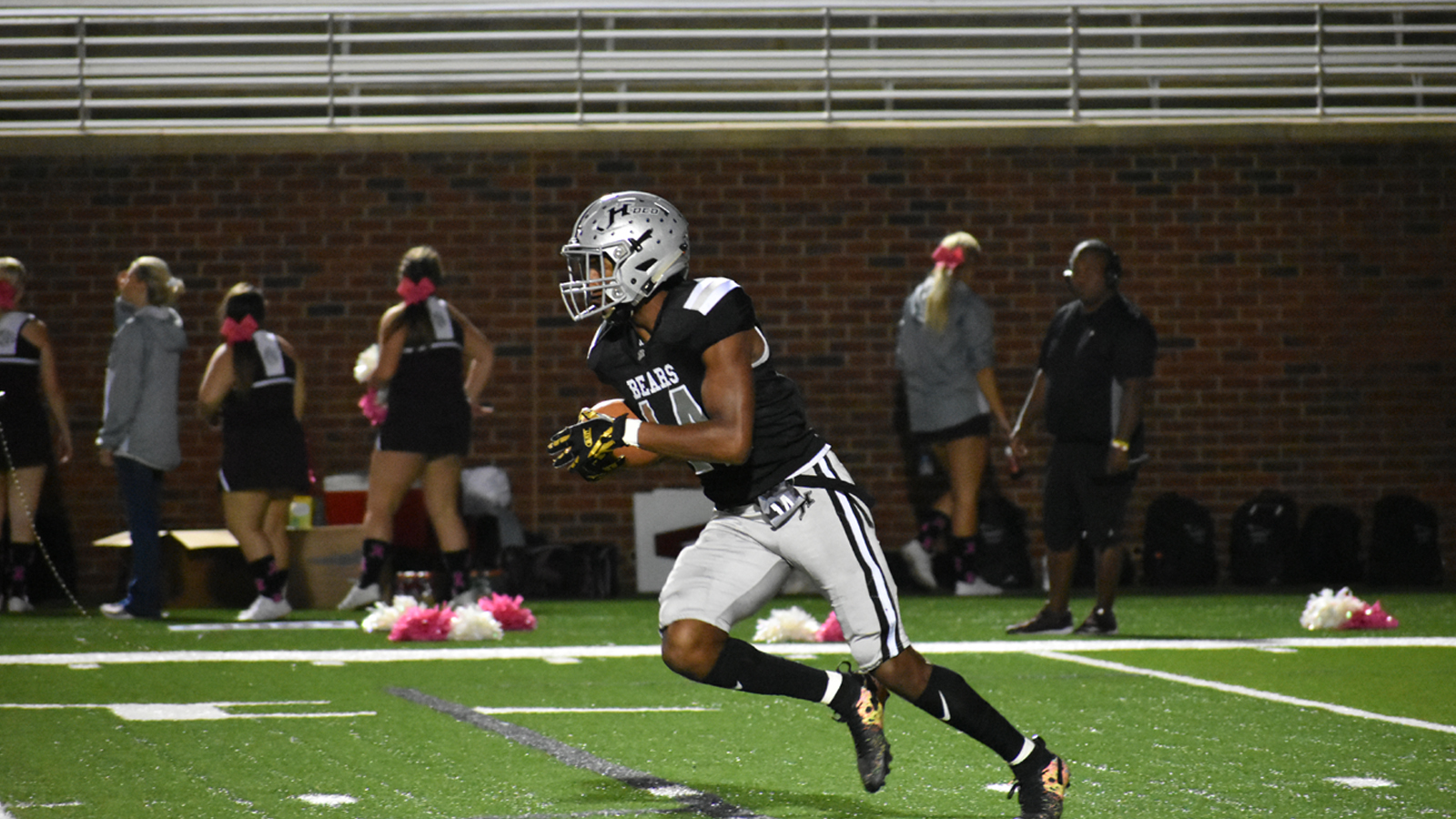 Coffee answered their score with one of its own – 10 plays that covered 68 yards. It then did an onsides kick, recovered it on the Bears’ 30 and scored again. That made it 21-7 … in a hurry.

Houston County was intercepted on the next drive. The Trojans scored again. This time it was on five plays – the game going into the fourth – and a score from the 5. That made it the final.

The Bears were never the same. They had two more possessions and were forced to punt on each. 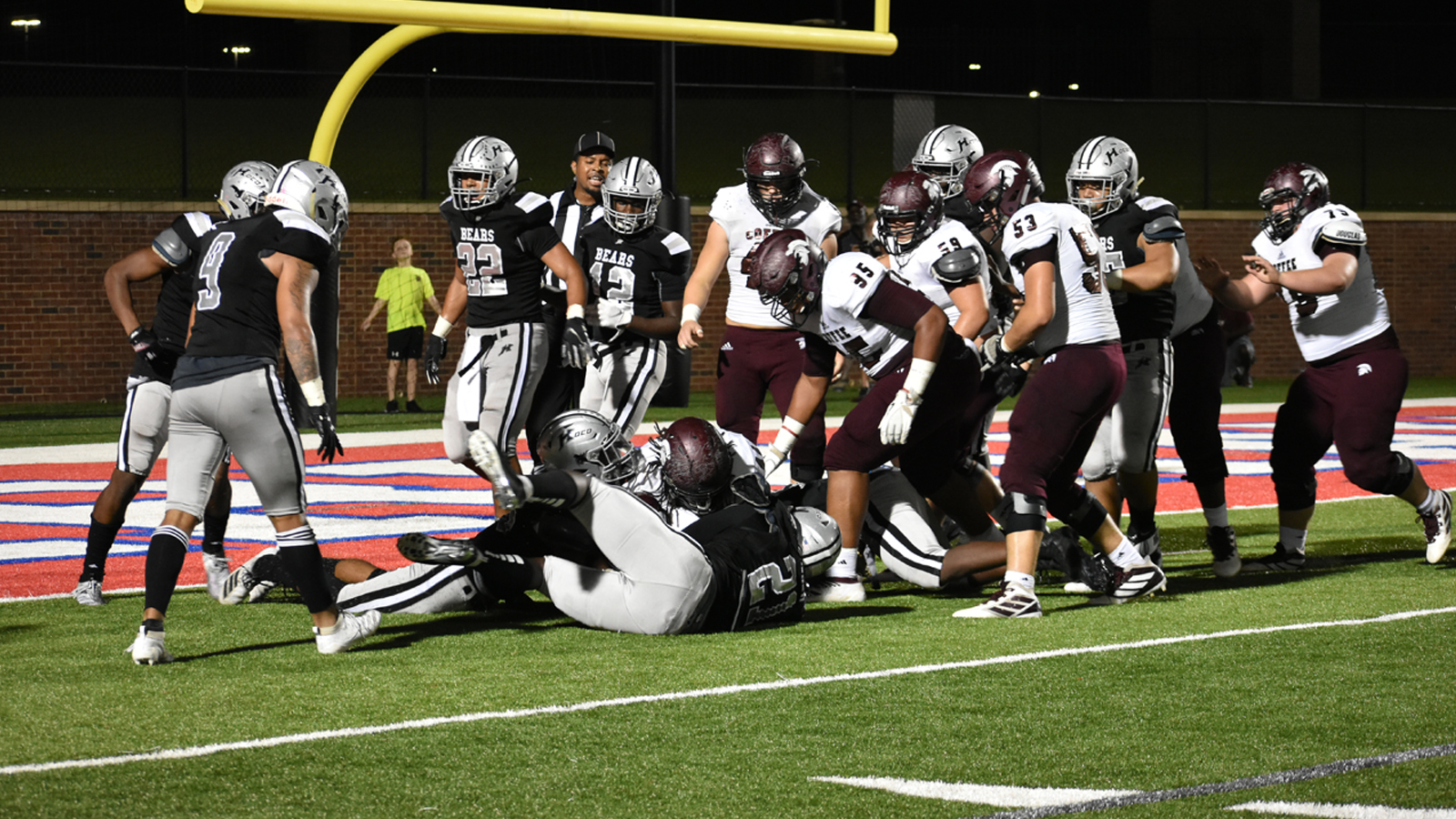 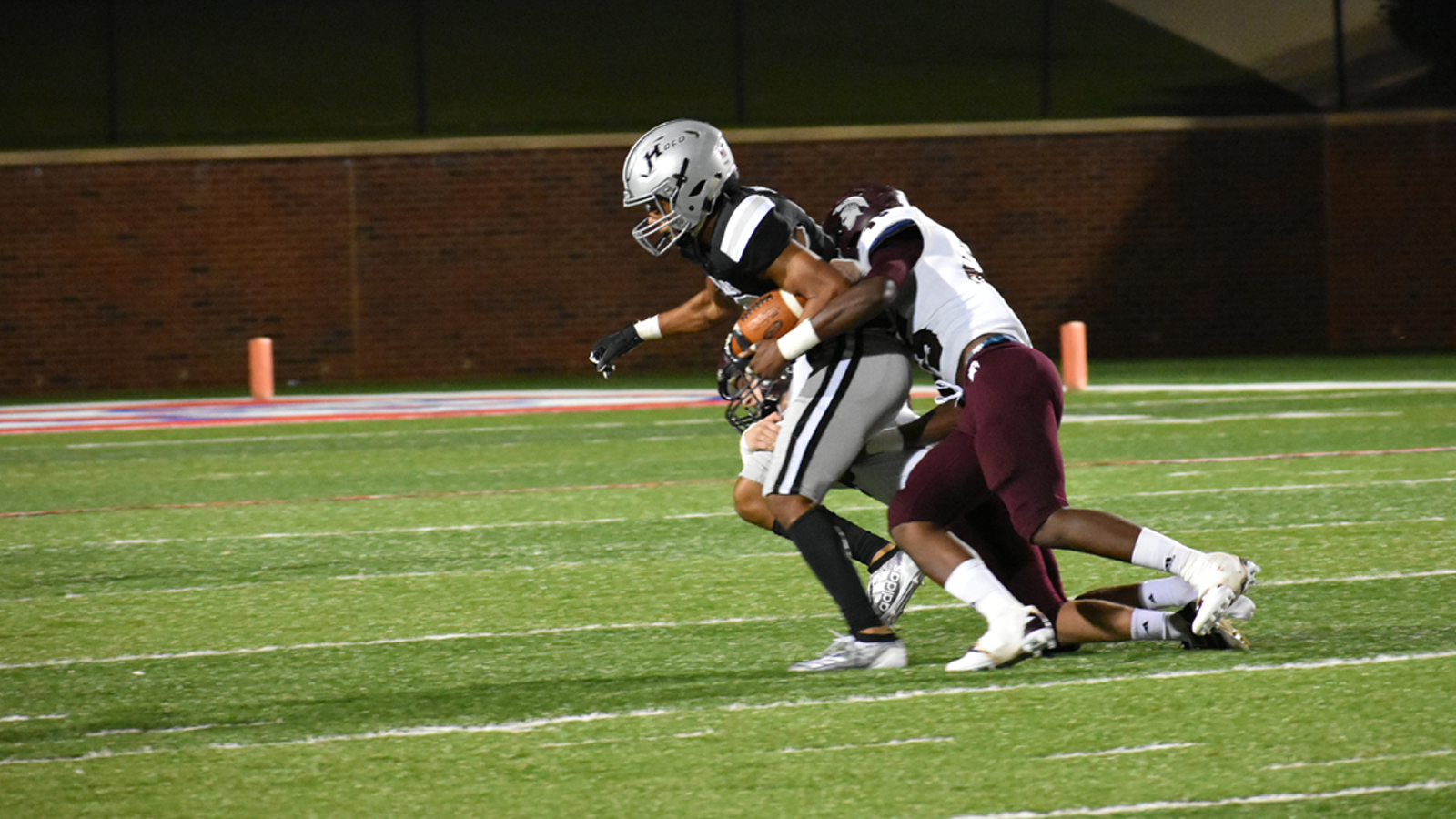