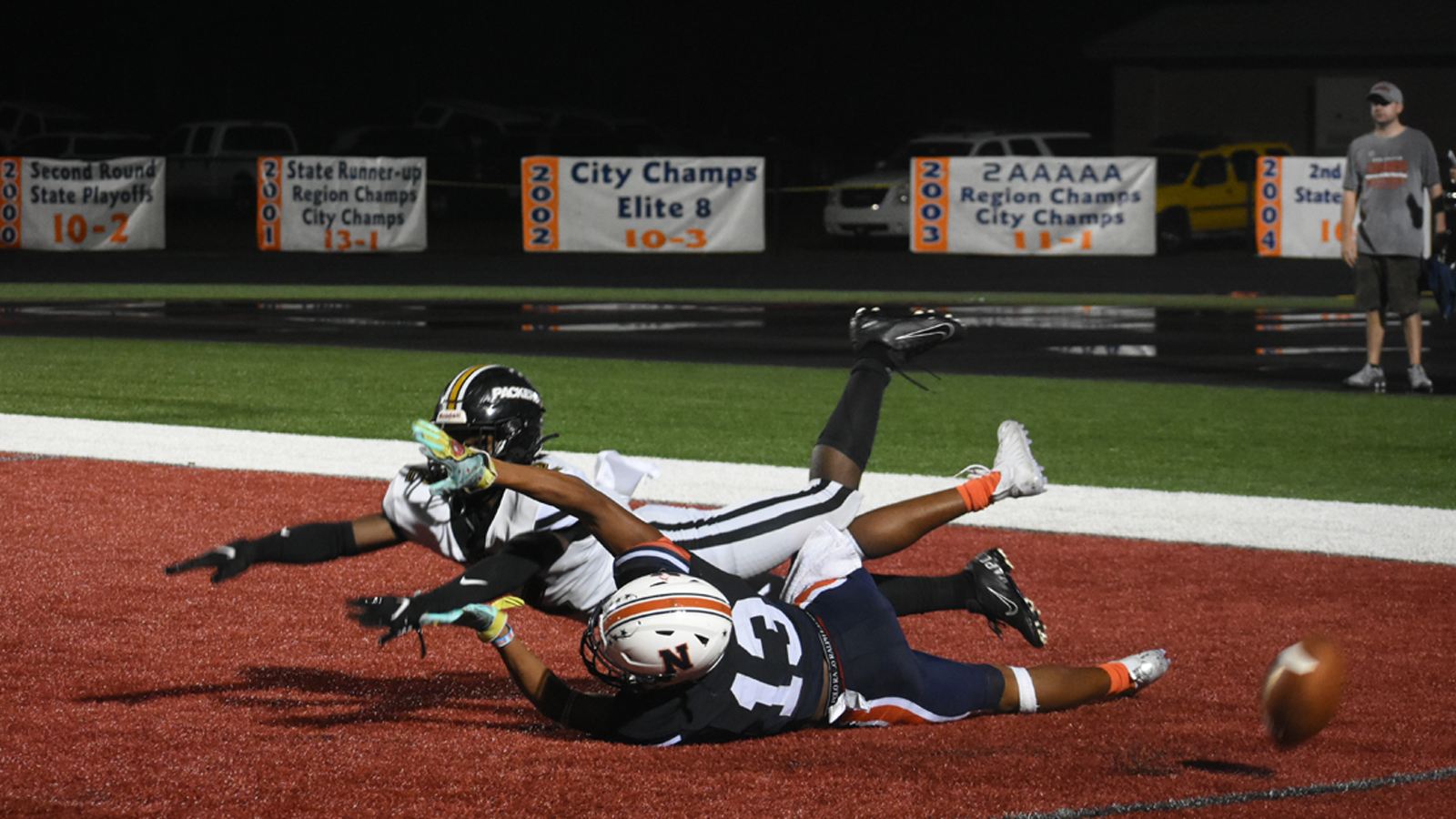 Colquitt County could do no wrong.

Northside could do no right.

Or at least that was the case early for the Eagles. Combined it enabled the Packers to jump out to a 42-0 first-half lead and to go on to win 63-14.

Northside’s troubles started on the opening kickoff. Orion Bonner fielded it and ran 75 yards for the score. Emmanuel Perez’s point after made it 7-0.

The Eagles lost position on a fumble on the first play from scrimmage on their opening possession. A sack two plays later made it worse. They punted.

Colquitt threatened to score but Northside blocked its field goal attempt. That could have been filed under something going “right” if not for the fact the Packers, after giving the Eagles new life on a roughing the kicker, then blocked their field goal attempt.

With a short field of 26 yards, the McConnell-Talbert Stadium visitor from Norman Park then made it 14-0 on a quarterback Xavier Williams 21-yard pass to Hunter Strickland – plus PAT.

Northside drove all the way to the Packers’ 2 on their next possession before the ball was snapped over the head of the quarterback. Lyric Thomas grabbed it and ran 78 yards for the score. 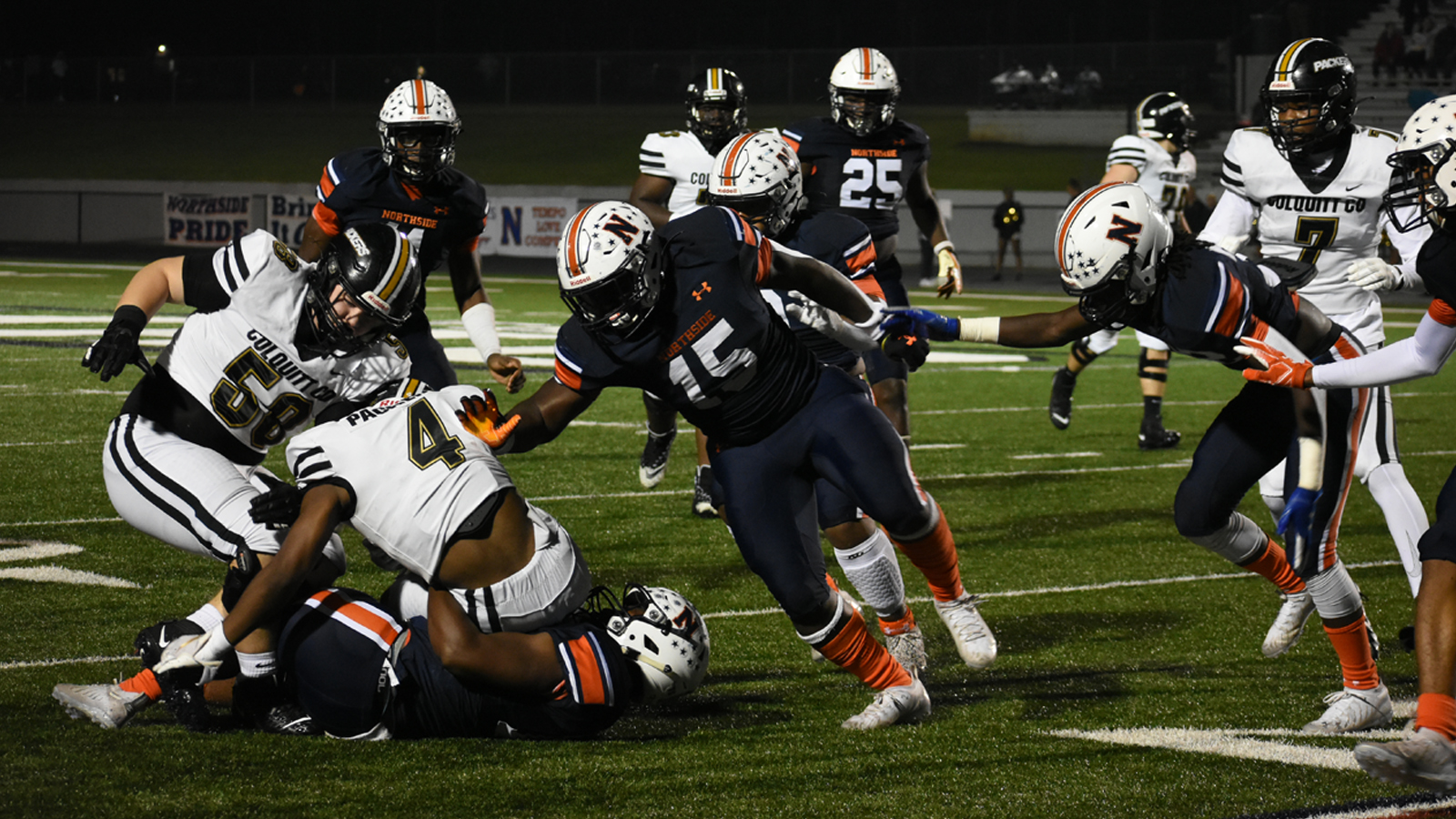 Northside’s punt attempt was blocked after that. It was recovered in the endzone by Jaheim Ward. That made it 42-0.

Colquitt continued to do no wrong in the second half. It ran the score up to 49-0 via a Williams-Landen Thomas 21-yard pass.

The Eagles did manage a couple of scores after that. Quarterback Elijah Robinson and Centavious Lowe accounted for one on an eight-yard pass. Robinson and Lowe connected again some time later on a 14-yard pass. That came after Colquitt had scored again – backup quarterback Zane Touchton hitting Marquwayian McCoy on a 24-yard pass.

Finally, Touchton, the game into the fourth and on a running clock, ended the scoring with a 52-yard pass to Nick Pace. 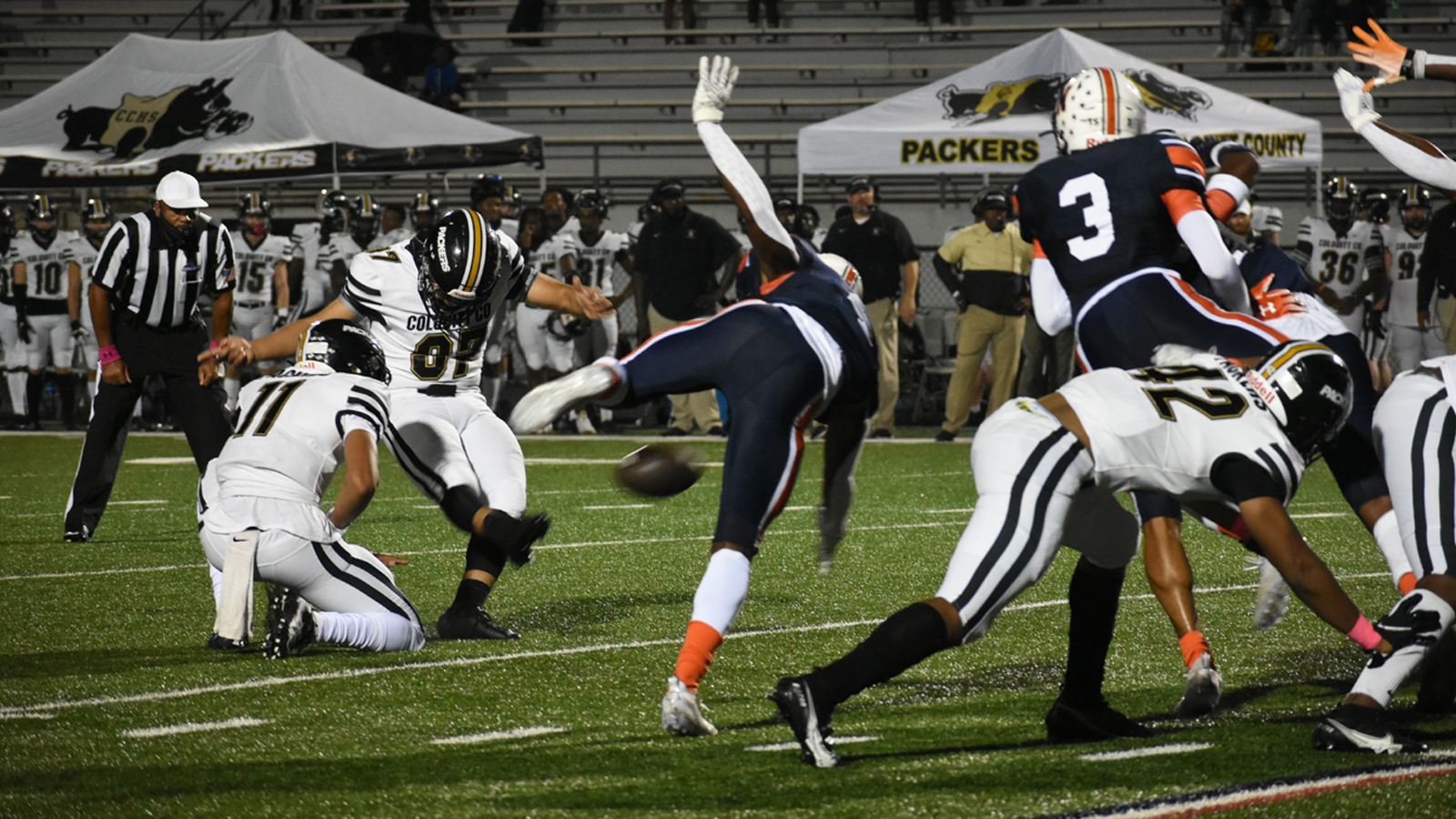 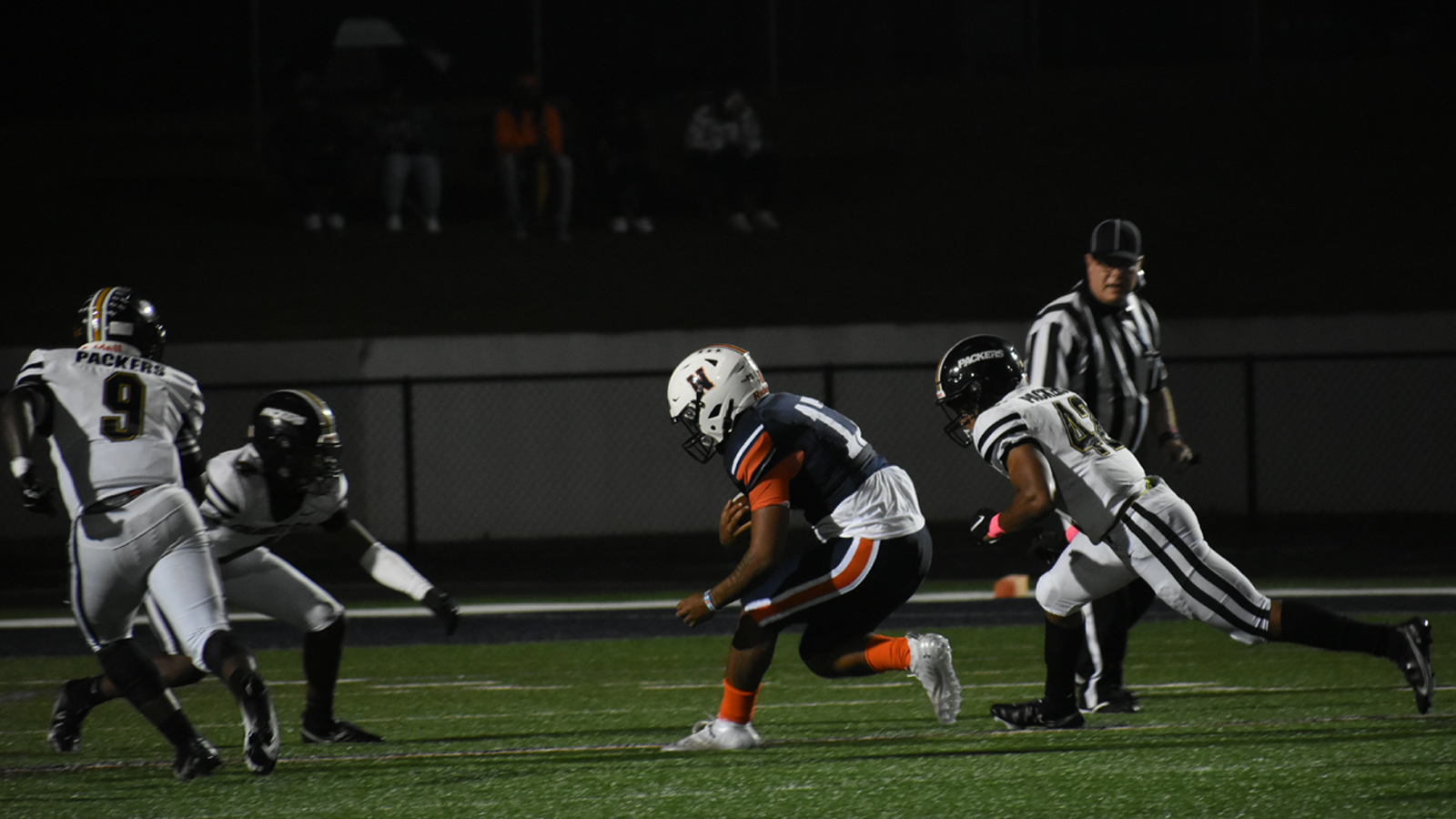