Defense does its job but Veterans still falls to Coffee 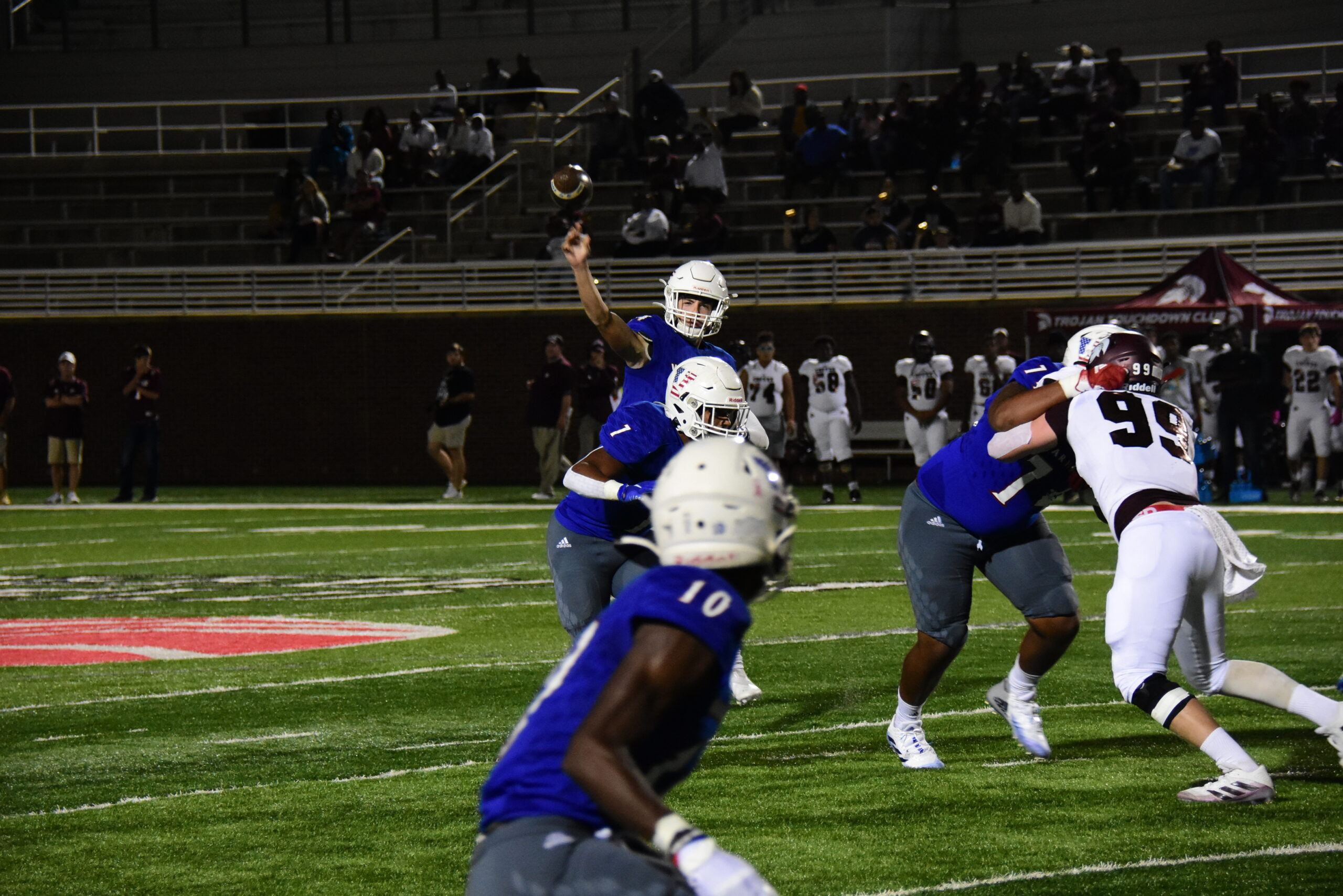 The defense gave Veterans a chance to win. Late, it looked like the offense just might take it up on the offer, but an interception flipped the script and helped Coffee pull away to a 33-13 win. 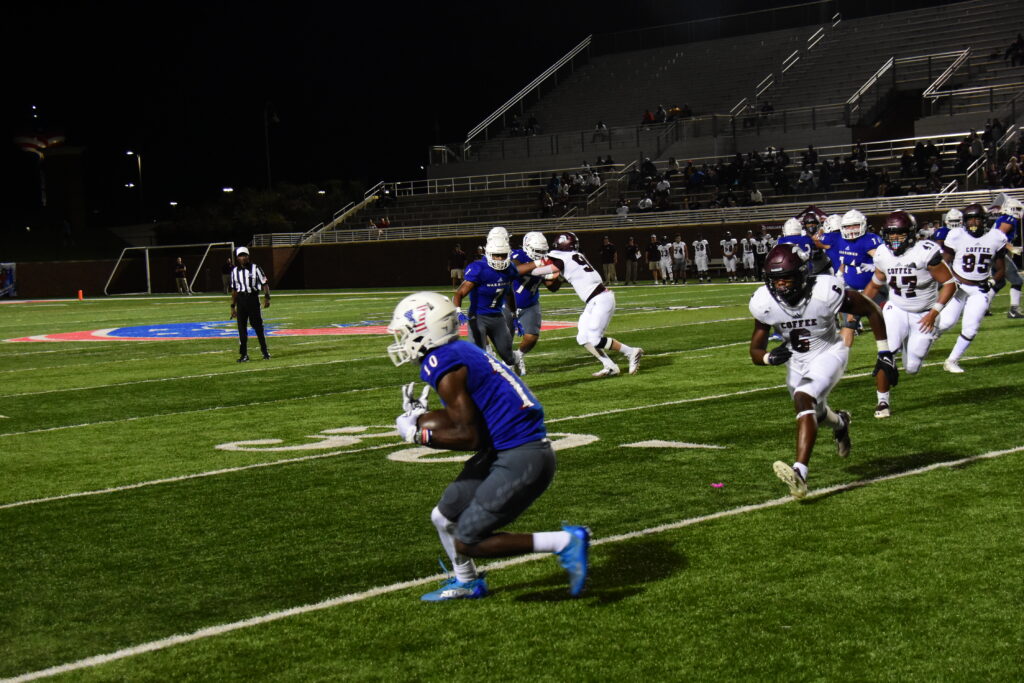 The aforementioned defense limited the Trojans, which moved the ball well until it got inside the redzone, to three field goals. David Vaughn hit them all. His first was from 34 yards out. His second was from 28 yards out and third from 26 yards out. They gave Coffee a 6-0 lead after one and a 9-0 lead early in the second.

Veterans needed only a drive of eight yards to pull within two, 9-7. It went 80 yards in the process and scored on Jaron Benjamin’s 18-yard run. Brayden Black made the point after.

An interception by Nate Brooks helped turn back a Trojans drive but the Warhawks were forced to punt following. That led to Vaughn’s fourth field goal, this one from 25 yards out. It made it 12-7, which is where it stood at the half. 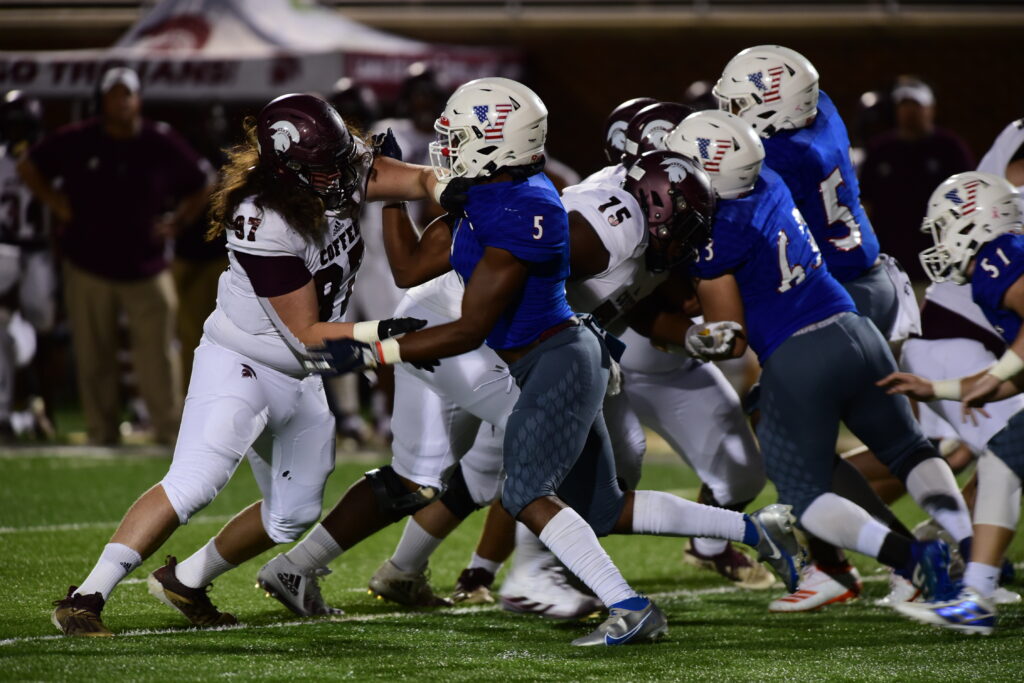 Both punted a couple of times in the third before Bradley Skipper got hot. He accounted for the last three scores by Coffee. His first was from the seven, the finish to a 12-play, 72-yard drive that gave the Trojans a 19-7 lead.

Veterans answered with a 10-play, 80-yard drive finished off by a 21-yard pass from Matthew Bruce to Demare Franklin. Black made it 19-13 with the game about halfway through the fourth.

The Warhawks forced a punt. That’s where the interception – knocked out of the hands of the receiver and into the hands of the defender – came into play. It ended up on the 3 where Skipper ran it in on the first play from scrimmage.

Veterans was forced to punt. Skipper ran it back 76 yards for the score. The Warhawks were forced to turn it over on downs. That gave it back to Coffee with 57 seconds left. They ran the rest out to improve to 7-1 overall, 2-1 in Region 1-AAAAA. Veterans fell to 2-6, 1-2. 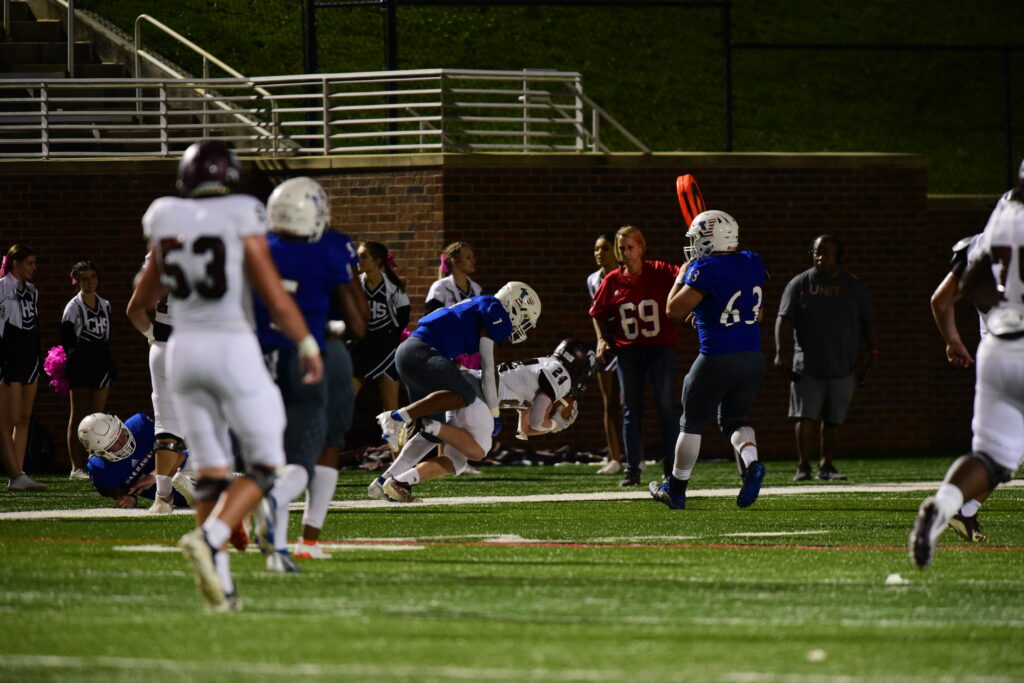 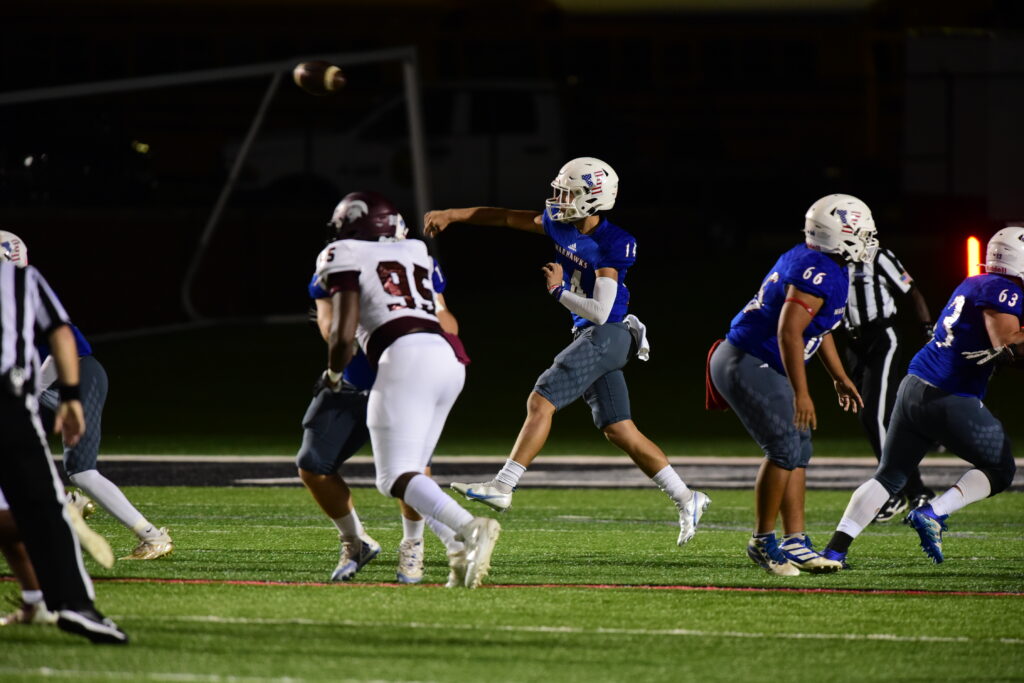 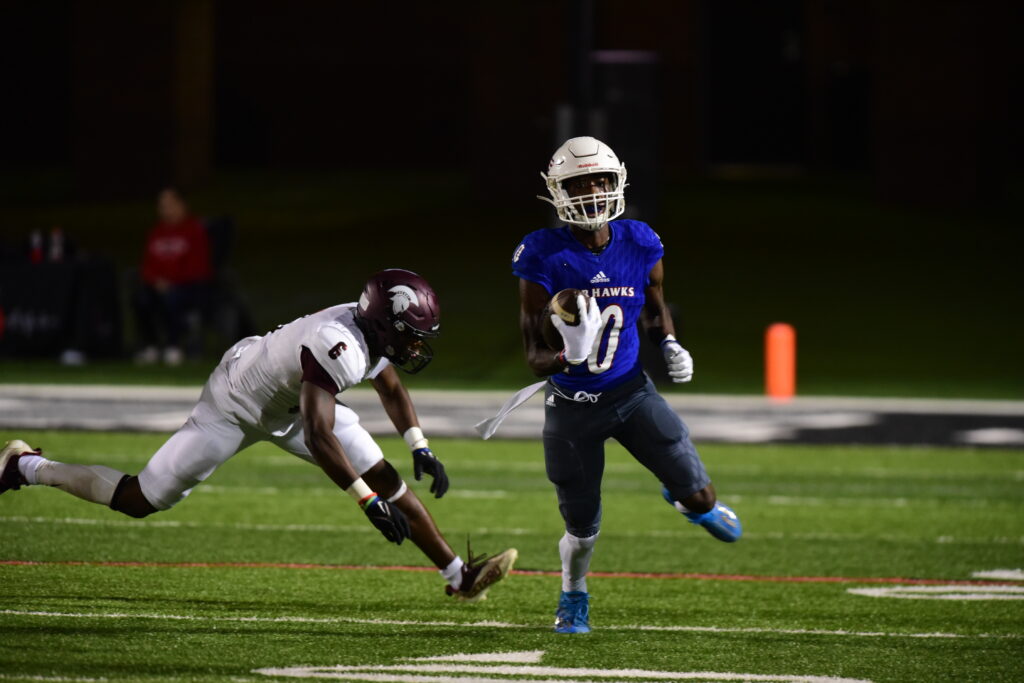