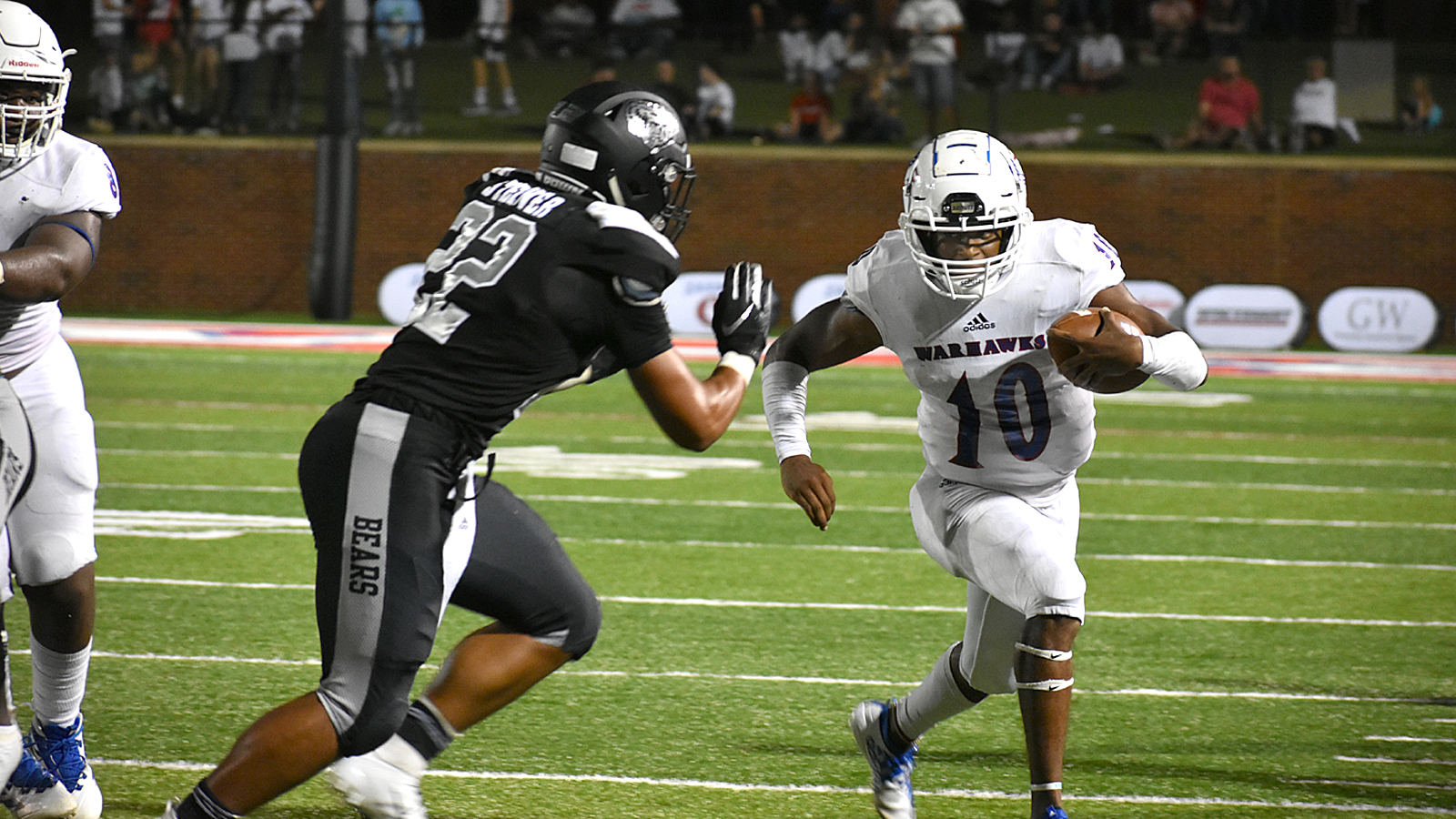 Houston County must have felt like it was stuck on baseball. (If they were Braves, that would have been a good thing.)

The Bears lost to Veterans 7-2. They drove from their own 20 to start the game, ran off 12 plays, but then were thrown a curve by a hold and a sack once inside the redzone that led to a punt.

There was good news in that they were able to pin the Warhawks to the 1 and then later capitalized with a sack, but their next drive ended on a slider – one that escaped the receiver’s hands after a 36-yard pass from Max Rigby that would have put them on Veterans’ 11. Instead, the Warhawks recovered it on the 8.

That led to a punt. A Bears punt following led to the end of the first quarter. 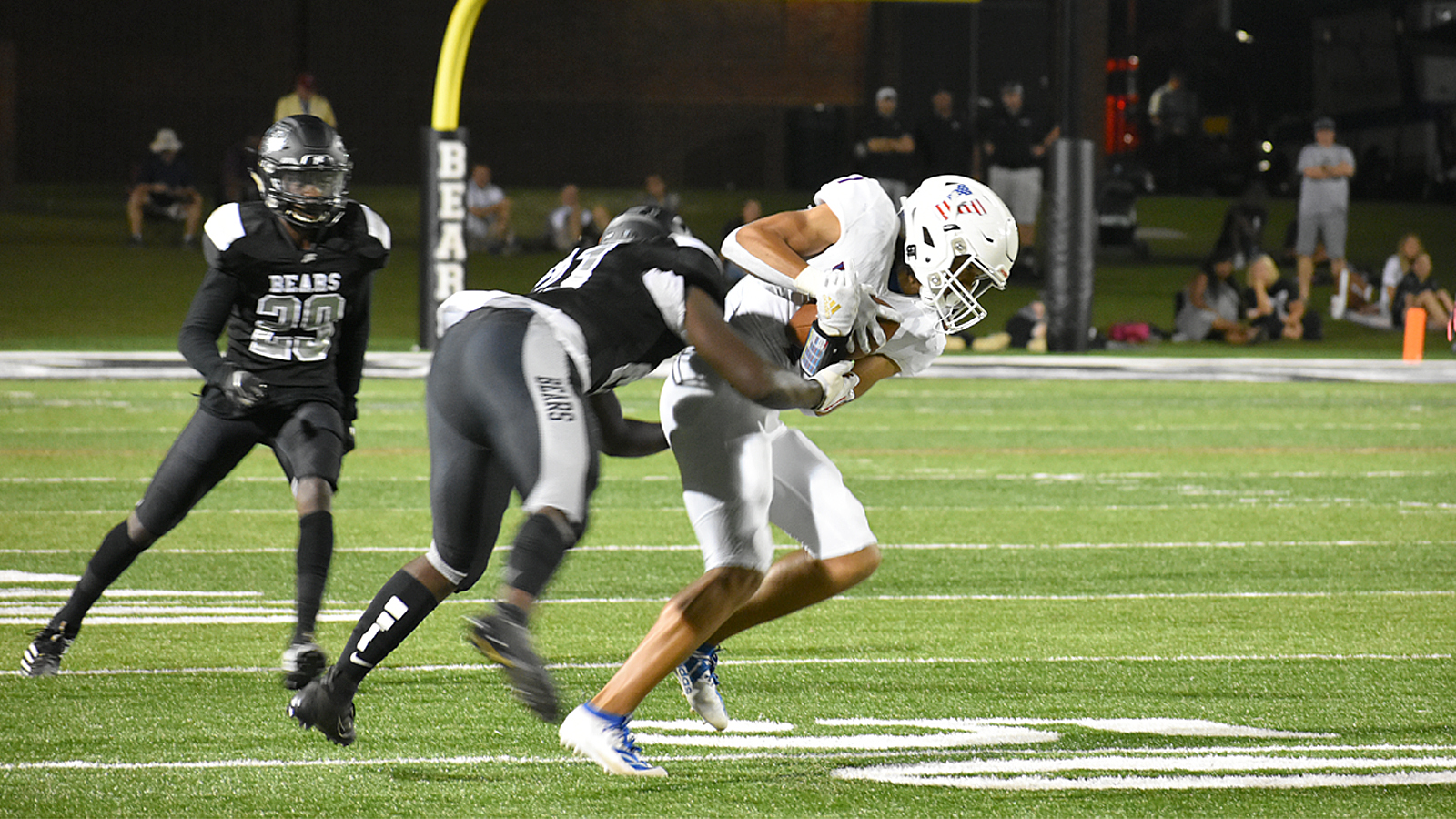 Veterans attempted a 57-yard field goal following, but it was short. Both then punted before Houston County again put together a drive that had the makings of a breakthrough score. Instead, after a holding call negated a touchdown pass, the Bears were forced to watch Luke Rigby’s 34-yard field goal try knuckleball short.

Veterans punted following and Houston County ushered in the half.

The lone score came on the Warhawks’ first possession of the third. They took the kickoff on the 40, ran five plays, converted a fourth-and-two along the way, and scored on Blake Etheridge’s 29-yard pass to Jalon Shine. Daniel Gibbs made it 7-2 with 8:12 showing on the game clock.

Meanwhile, the strikezone continued to elude Houston County. They fumbled on their opening possession of the third, intercepted two passes – Jaylen Colvard got one and Simeon Askew – the other, but only had a punt and a stalled drive around the 35 to show for it.

The last of those – the drive – ushered in the fourth quarter. 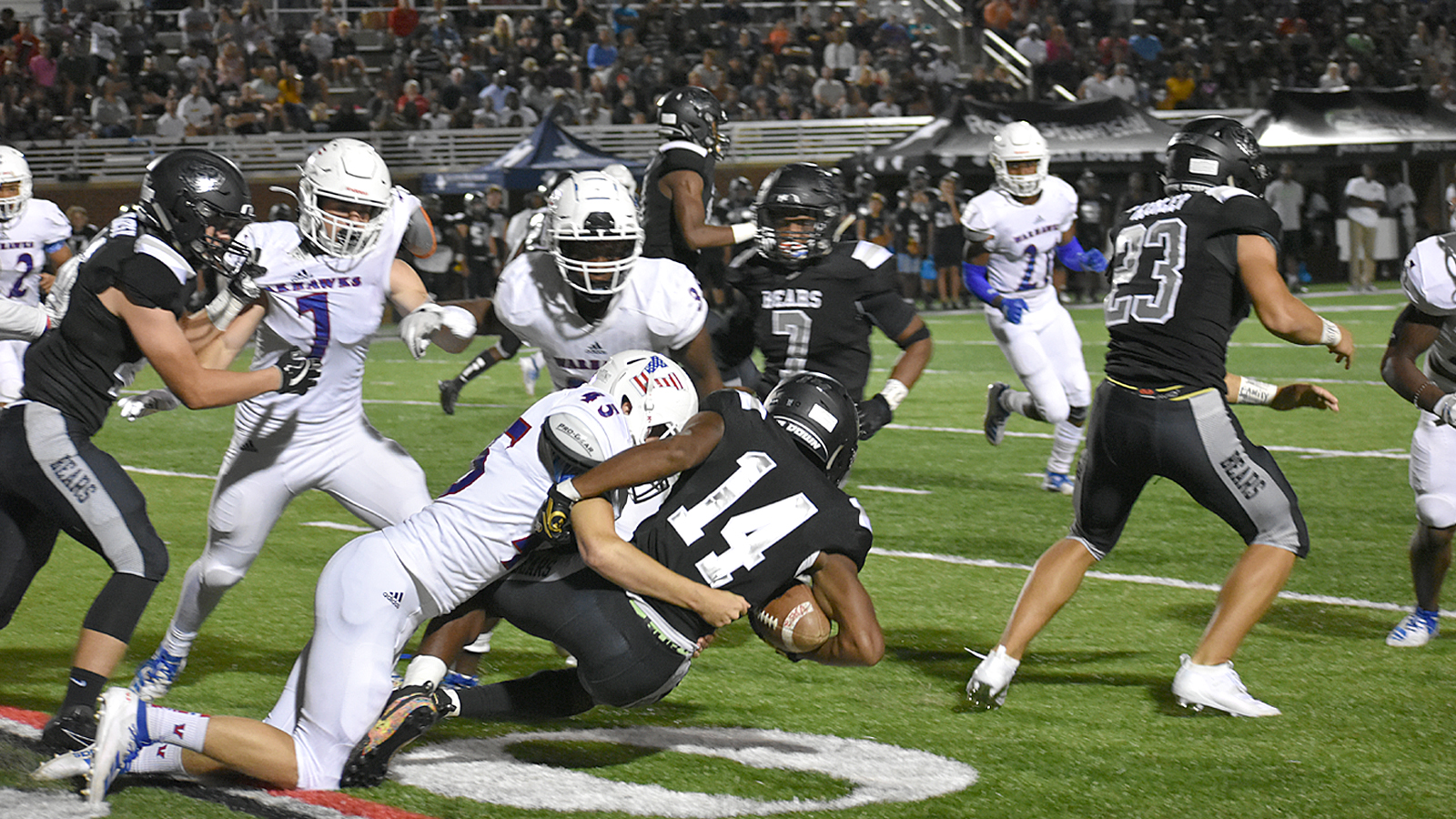 Houston County then forced the Warhawks to punt before again putting together a drive that looked like a sure homerun. It started on the Bears’ 25, went eight plays before, on a fourth-and-four, Rigby found Kyah Plummber for a 30-yard pass to the 15. Two plays later Veterans recovered a completed pass fumbled in the endzone.

Houston County again forced the Warhawks to punt. It then had one last chance to score. That ended on an incomplete pass on a fourth-and-two. Veterans, not to overlook the role/job its defense had in making all that possible, took over and ran out the rest of the minute 16.

With the win, the Warhawks improved to 4-1. The Bears likewise share that mark. 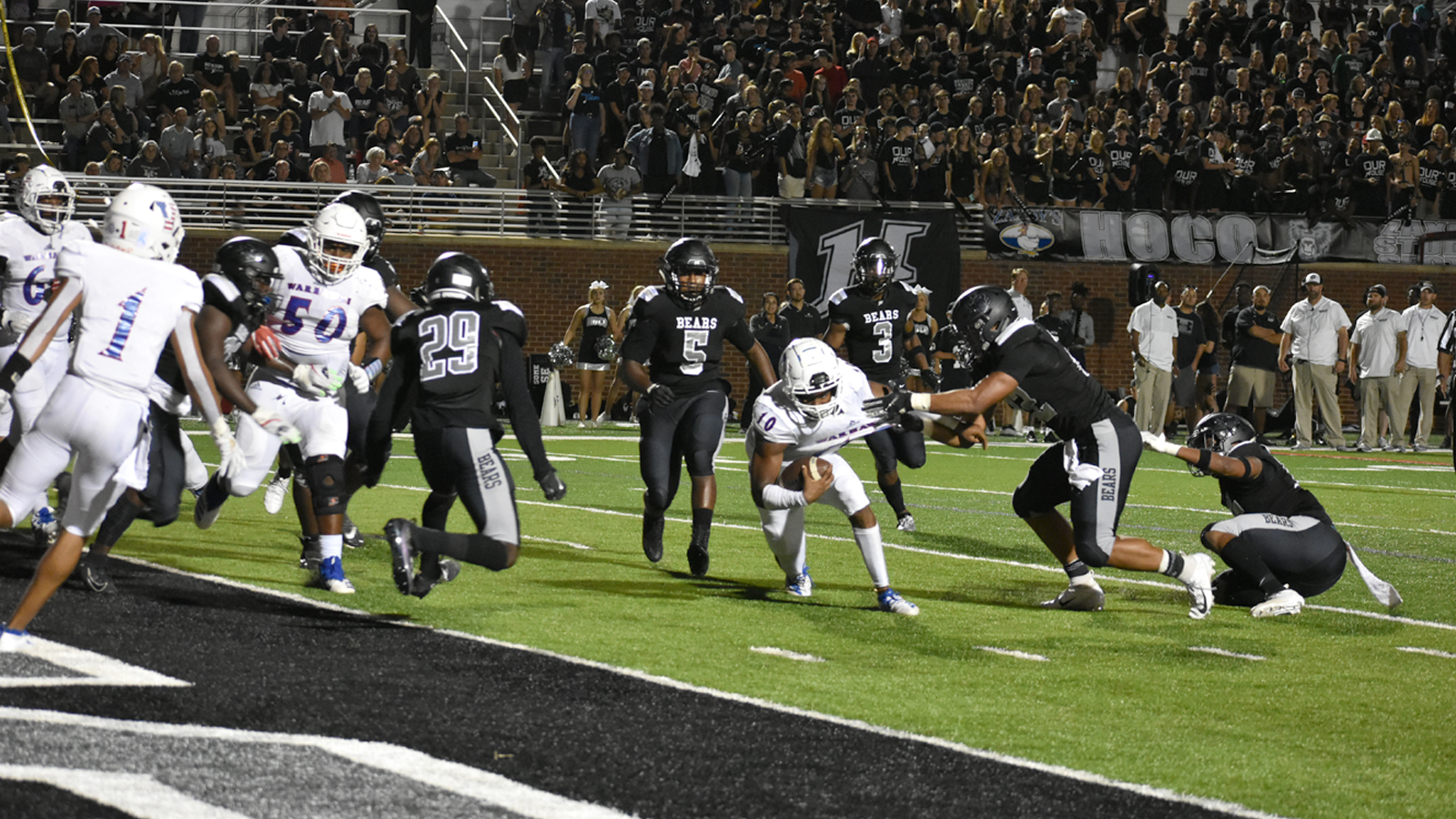 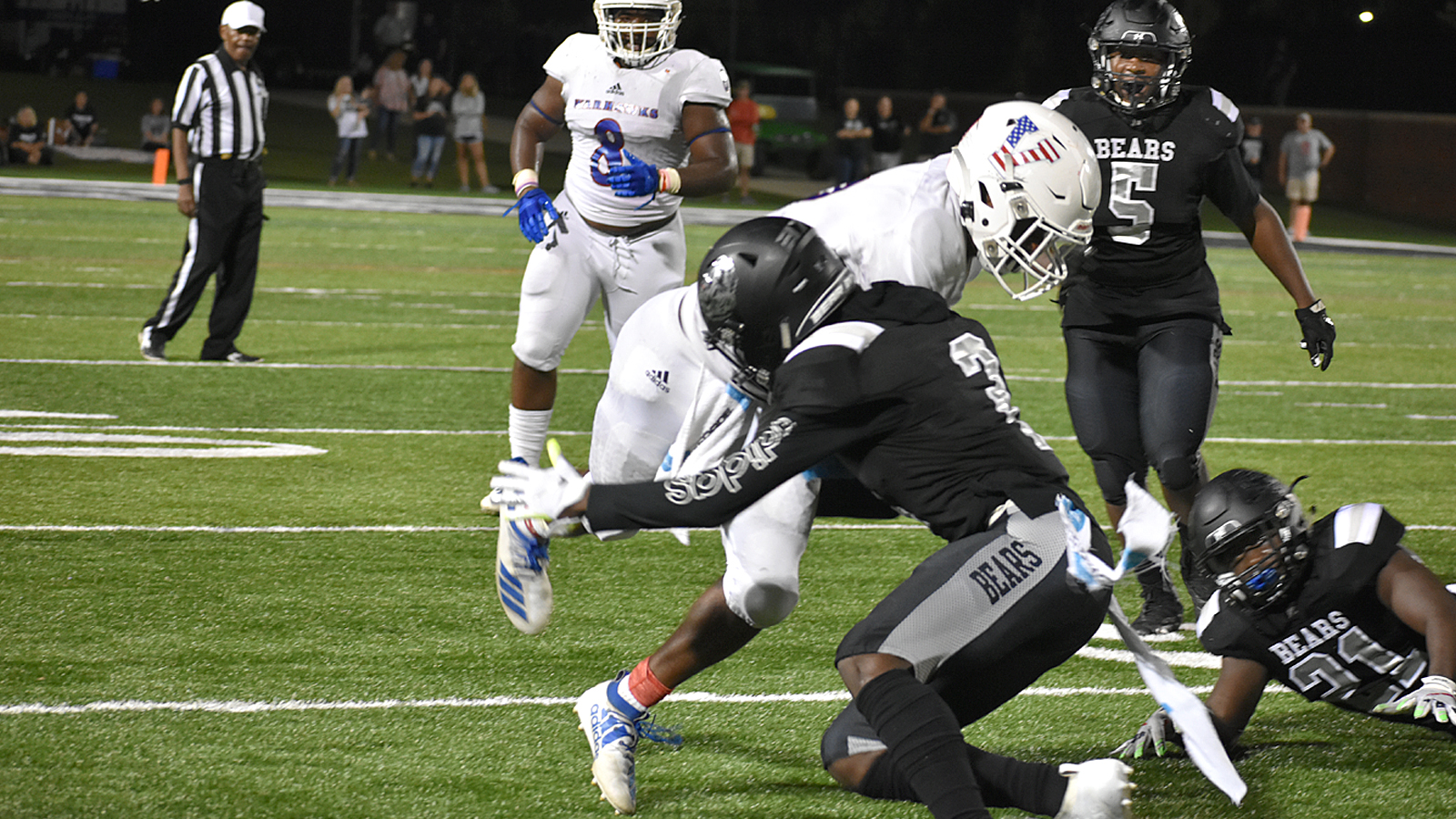