Demonettes roll, boys get back on track; other results 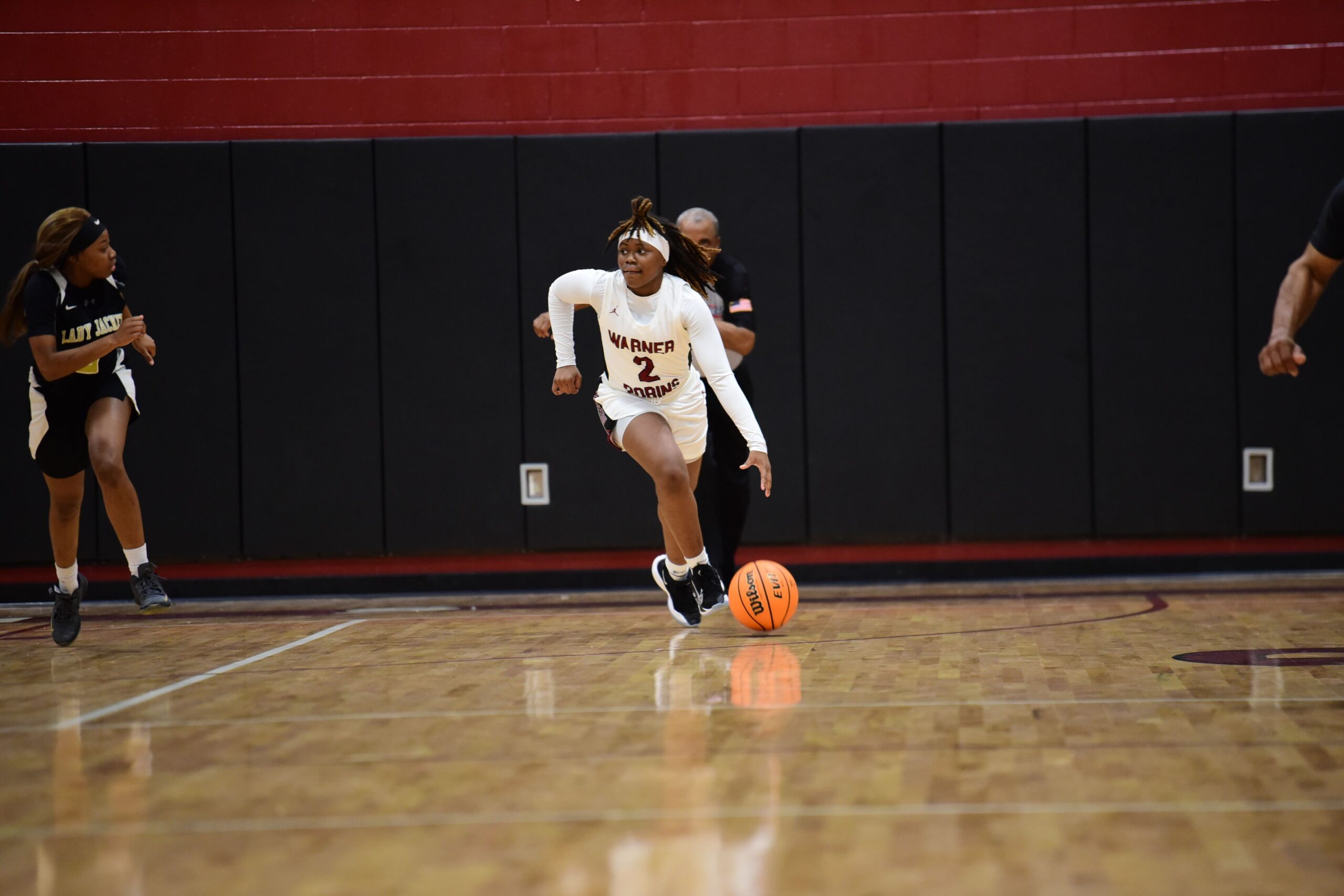 The Demonettes continued to roll. The boys shook off a modest, two-game, losing streak, to get back on track.

Such were the results Tuesday as Warner Robins hosted Wayne County in a Region 1-AAAAA matchup. The girls won easily 52-25. The Demons got the edge, 69-63.

Late in the third they managed to get out to a 10-point lead after three, but for the most part it was close for them. With lots of firepower on both sides, they led 22-20 after one and 40-37 at the half. It would have been tied if not for Rashaun Williams’ 3-pointer just before the buzzer. He hit three treys on the night and finished with 14 points. Jordyan Keith and Rashaun Tomlin also each had 14. The third ended 56-46. With about 30 seconds to go it was 65-62, Demons. Two trips to the free-throw line by Tomlin, where he hit all four attempts, and one by Williams – one-of-two – took care of the rest.

Wayne County got the first five points in the early matchup. That was its highlight. Midway through, the Demonettes took the lead and never trailed. They led 14-9 after one, and on the heels of a 20-3 advantage in the second, led 34-12 at the break. It was 40-22, Warner Robins after three.

Courtney Davis led their effort with 14 points. Chaniya Felton and Kimberlynn Washington each had eight. 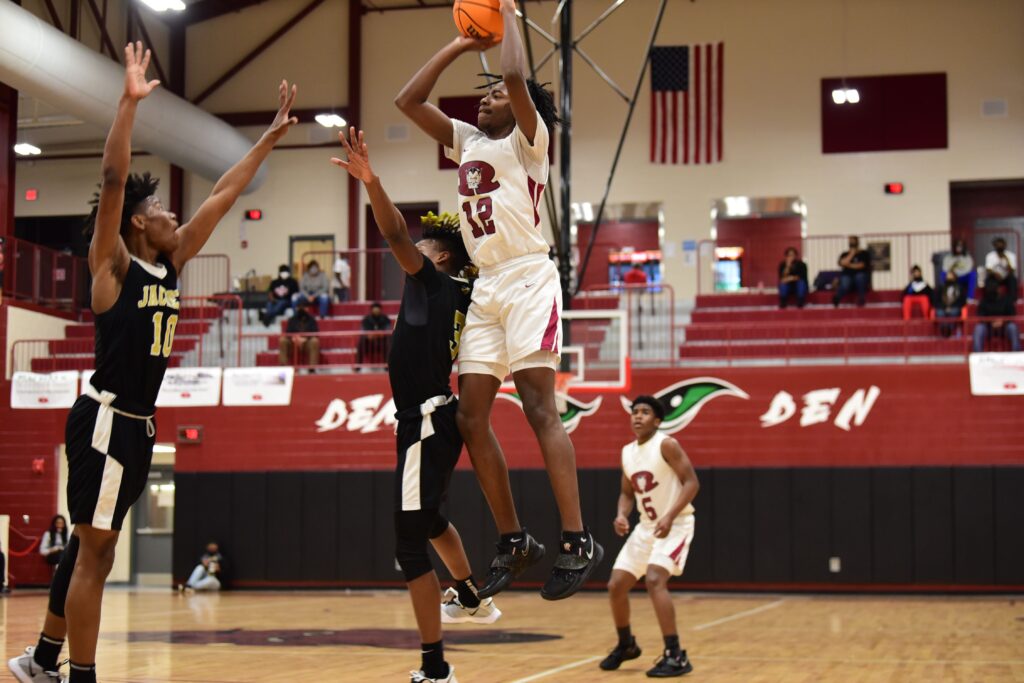 In other action, Veterans fell 51-40 to Coffee at home in another 1-AAAAA matchup. The second half proved to be the turning point for the visitors. The Lady Warhawks led 14-11 after one and 24-21 at the half. 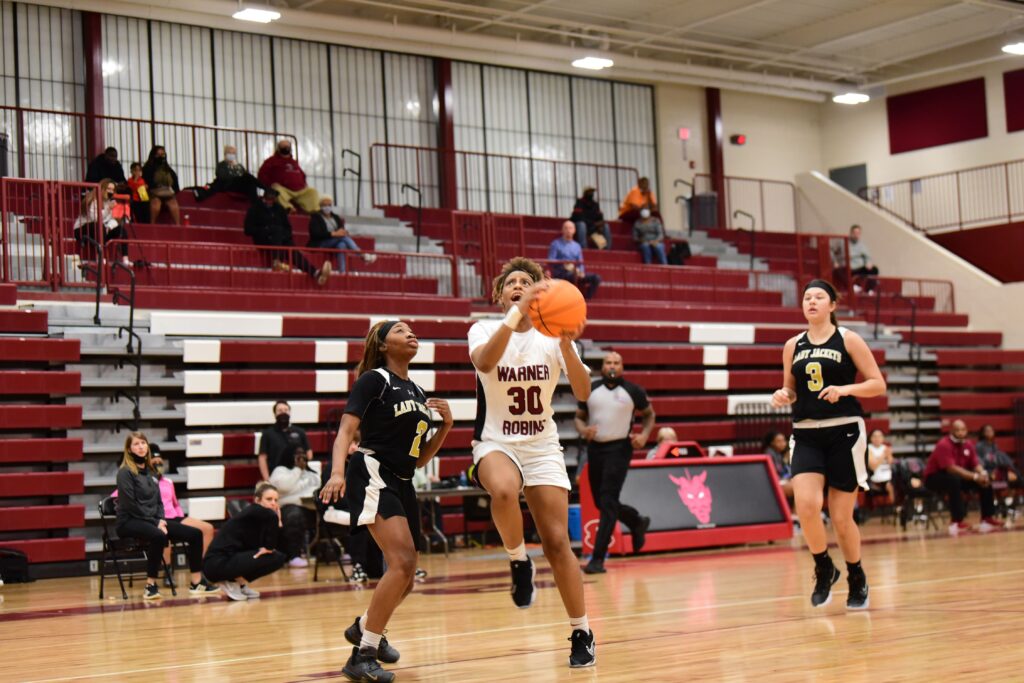 Perry’s girls were also in action, but no match for a strong Baldwin squad. They fell 72-21, managing only two points in each of the first and third quarters, and only four in the fourth. 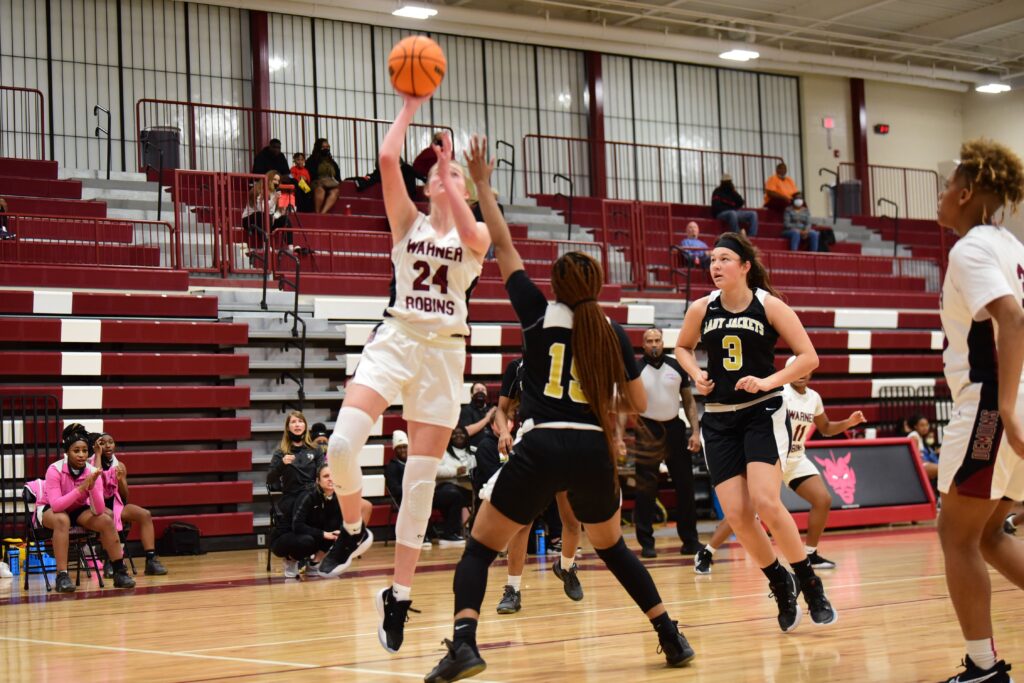 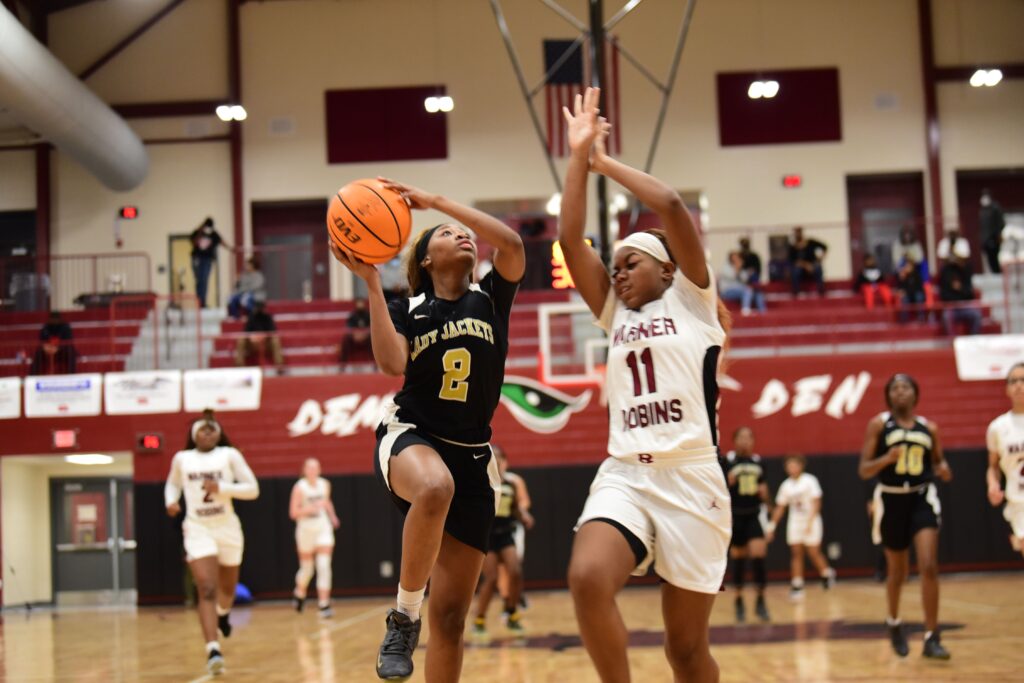 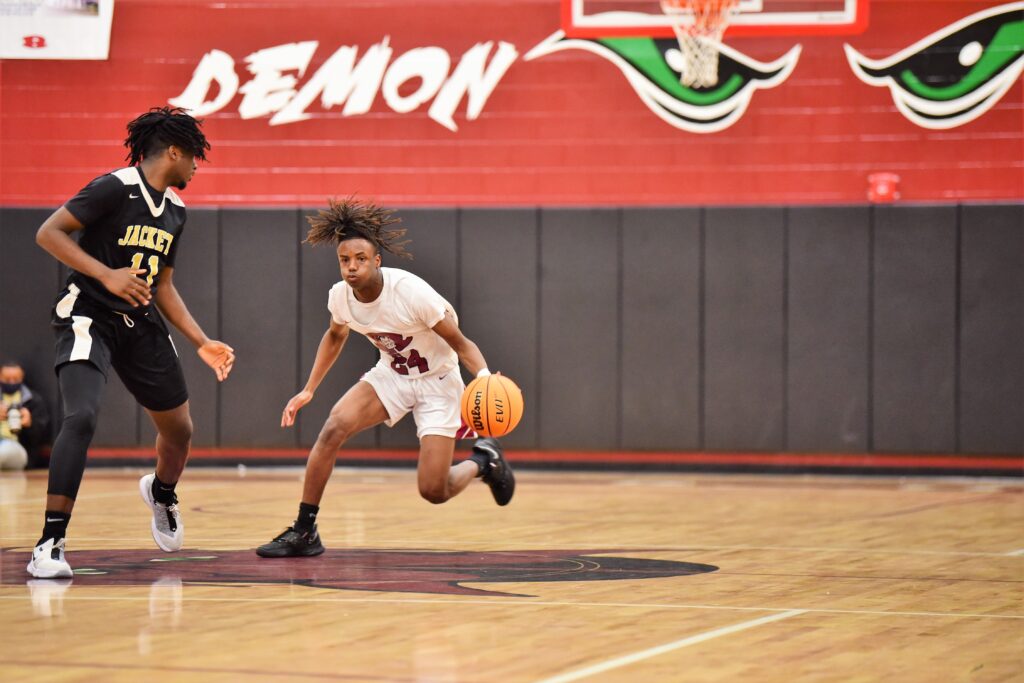 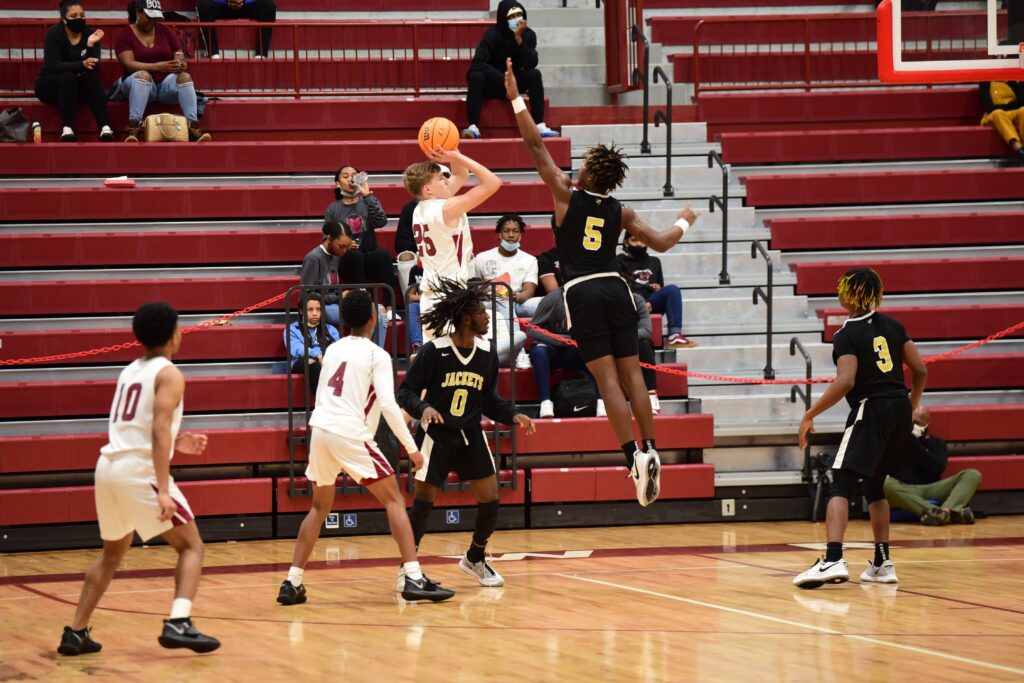