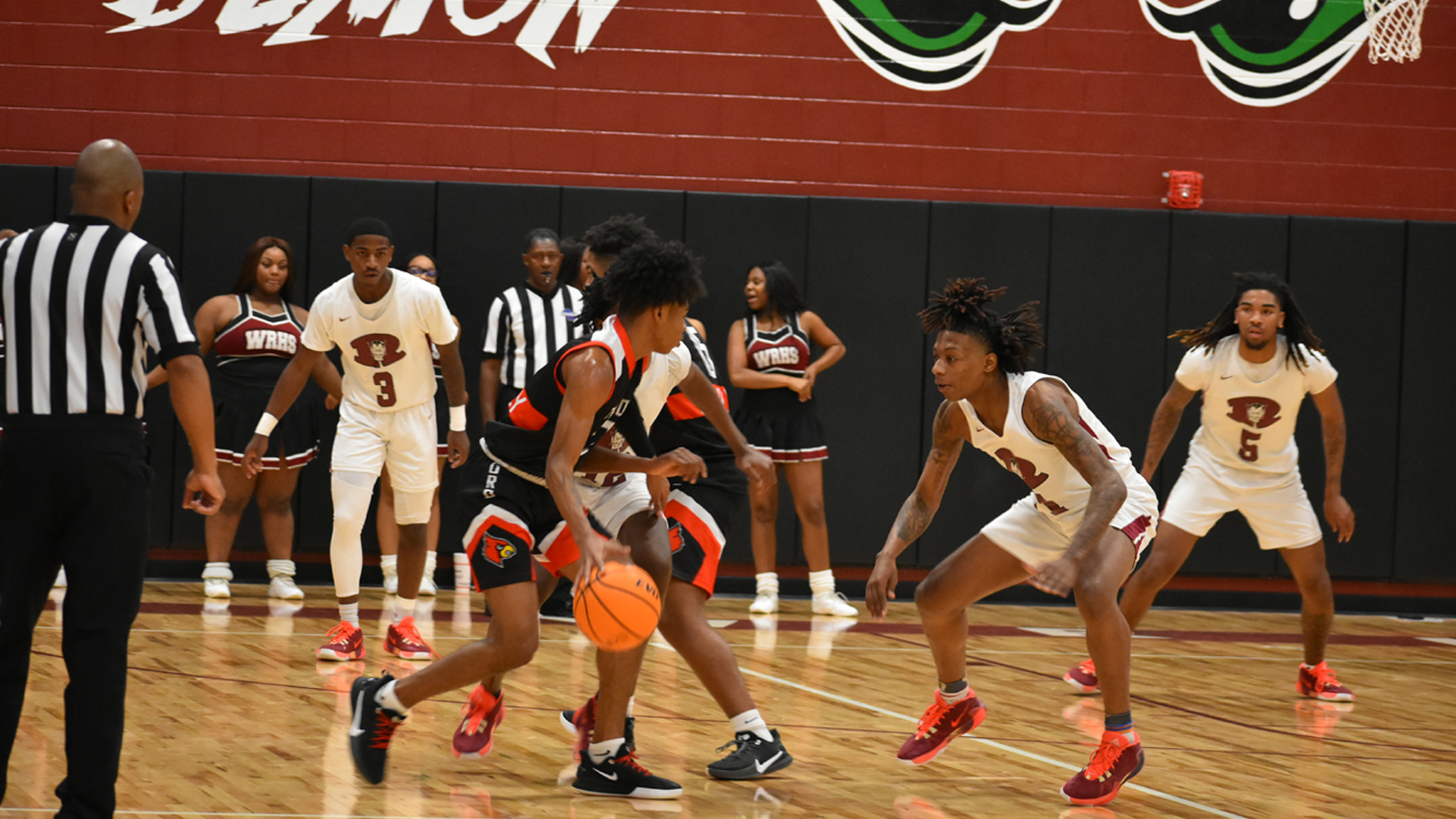 Quon Dillard scored 29 points and Greg Jones 12 to help lead Warner Robins to a 67-61 win over Jonesboro in the first round of the GHSA Class AAAAA state tournament Friday.

Quon Dillard scored 29 points and Greg Jones 12 to help lead Warner Robins to a 67-61 win over Jonesboro in the first round of the GHSA Class AAAAA state tournament Friday.

The victory came in the Demons’ new Elijah Weatherspoon gym, it with a floor named in honor of former coach Chip Malone.

Twelve of Dillard’s points came in the second quarter. He had a basket in the first but the Demons still trailed 11-8 at the buzzer. (Kevin Barnes had five of his nine, including a 3-pointer during that period. Nine of the Cardinals’ points came on treys. Jydon Hall had two of those. He went on to finish with 16 points.)

Dillard hit a pair of free throws to start the second quarter. Barnes scored again to give the Demons their first lead, 12-11. Keshun Houser hit a 3-pointer to make it a four-point game.

Jonesboro, on a basket from its leading scorer Jared Rogers – he finished with 18 – cut it to two points and then Hall hit another trey to swing it back in the Cardinals’ favor, 16-15.

Dillard tied it with a free throw and Ty Carr gave Warner Robins the lead back, also with a one-for-two trip. The Demons led 25-21 at the half.

Jonesboro, as it did for the majority of the contest, refused to go away. It fought back to tie it at 28-all with 4:46 left in the third. Houser gave the host the lead back with a basket. From there Warner Robins never trailed. It led 41-34 heading into thee fourth.

Dillard, with a pair of free throws and a basket made it 45-34. He – the team – got a little help from his – their – friend at that point, Greg Jones. Jones finished with 12 points. All of his came from that point on – 6:58 until the buzzer.

The Demons were able to stretch the lead to 10, 47-37, shortly thereafter. Jonesboro managed to get it back down to five after that. It hovered in that range for most of the rest of the game.

Free throws came into the picture with about two minutes remaining. Warner Robins made five-of-eight down the stretch. The Cardinals, although they were focused mainly on baskets, made four-of-six. They finished their season 17-11.

5 of 8 advance at state
Warhawks roll into round 2