Demons, Eagles team up in support of 2 battling cancer 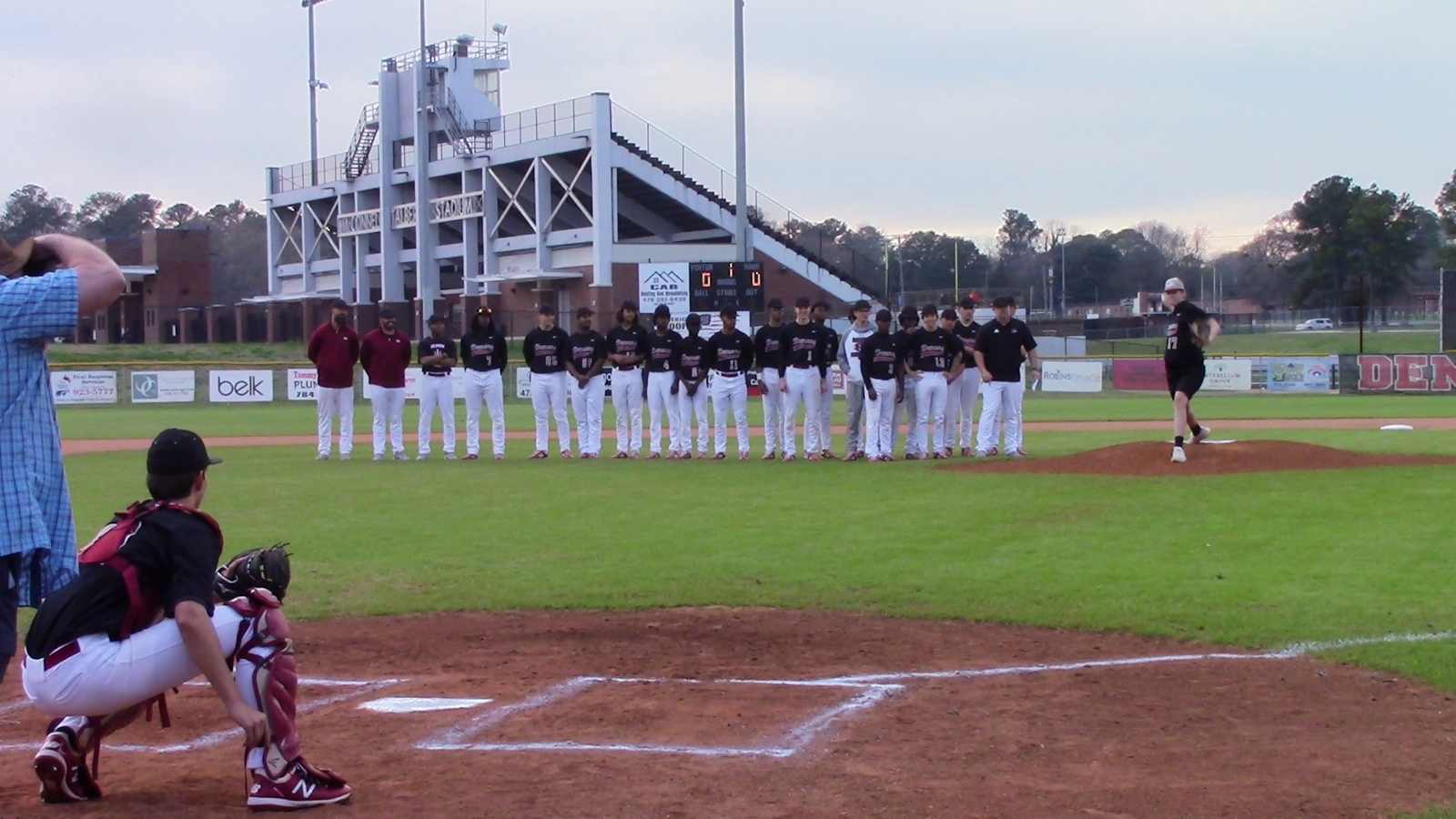 Something bigger than baseball.

Someone – two someone’s actually – bigger than a cross-town rivalry.

The game was played as a fundraiser – one of a number that have been held or are still ongoing in the county – and in honor of two students, one for each school, each of which is battling cancer. Trevor Bland is the first. He is a Warner Robins student. (He is also in the picture throwing out the ceremonial first pitch.) The second is Phenix Cowart. She is a Northside student, also a cheerleader and soccer player.

More than $3,600 was raised for the two, according to a source, the monies to be split between them.

As far as the game, it was mostly Demons – the second time this year they have beat the Eagles. The bright spot for Northside was the first inning. It scored four runs during that span and led 4-1 after one. It was unable to add to its lead in the second. Warner Robins on the other hand was (able to add to its run tally). It scored nine and pulled away.