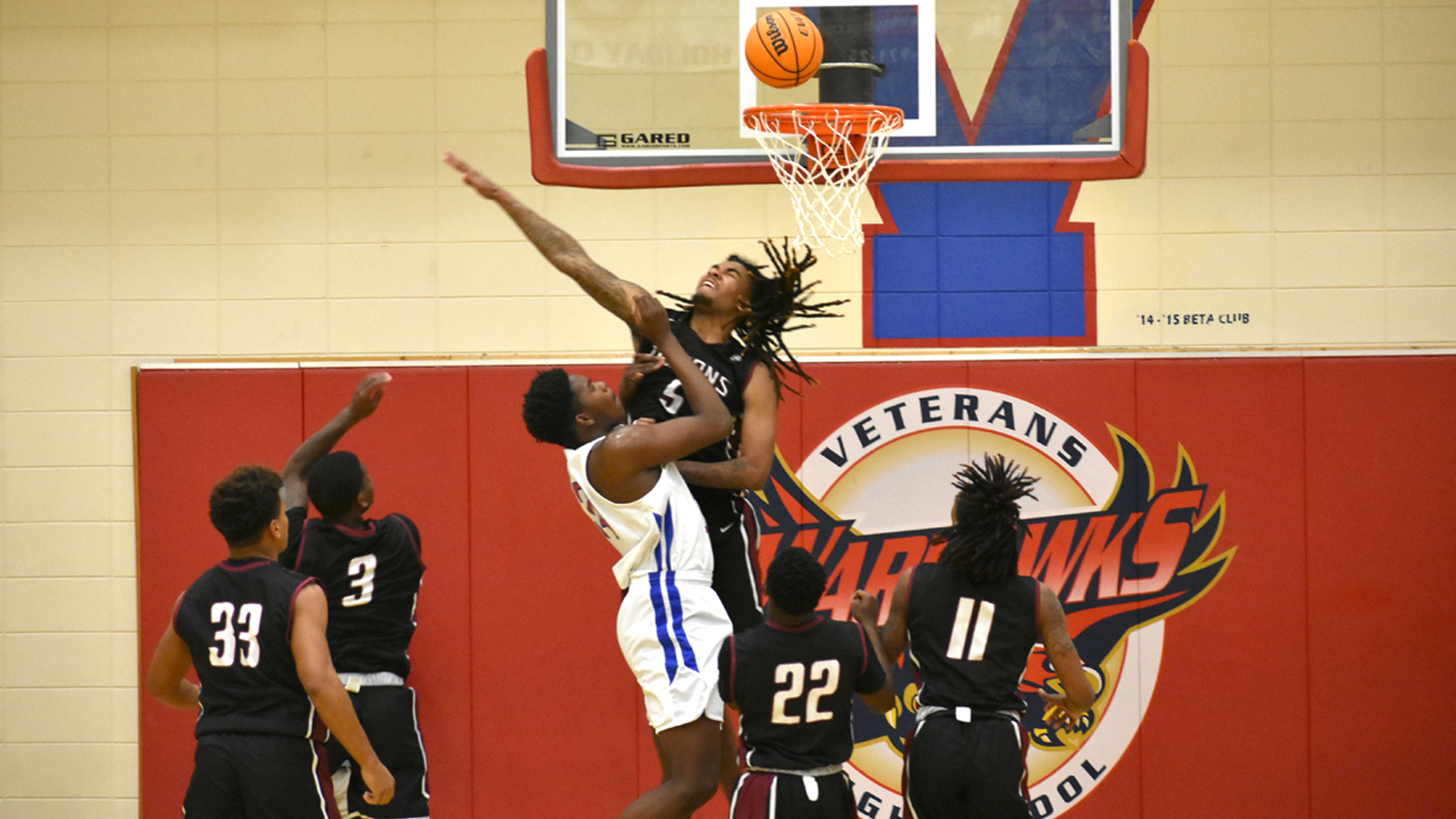 It (21-4) will play Jonesboro (17-10) in the first round of state – get to host at least twice (maybe in its new gym if rumor is correct). Veterans (24-3) will host – only one home game guaranteed – Fayette County (16-10).It was obviously a hard-fought win for the Demons against the Warhawks.  In fact, to the latter’s credit, twice they overcame 10-point deficits.

One of the big stories in the first half was rebounding. Warner Robins pulled down 17. Veterans had eight. Turnovers were near even – that would change dramatically in the second half – with five for the Demons and four for the Warhawks. Both were solid at the line. The Demons were six-of-seven. Veterans was eight-for-eight.

Pressure was the story in the third, at least early. The Warhawks brought it. Warner Robins stumbled as a result. Veterans in turn scored the first eight points and tied it at 30. In fact, Horace Johnson’s free throw with 3:01 remaining in the period, gave it its first lead, 31-30.

From there, it was neck-and-neck. The Warhawks led 35-33 at the buzzer but the Demons took the lead back, 39-35, with the first six points of the fourth.

Veterans fought back and tied it at 41 with just over two minutes left in regulation.

With 1:05 remaining, it was 45-all. Warner Robins had the ball at that point, but turned it over. Veterans took a shot and missed. The Demons rebounded and called a time out with 45 seconds remaining. When play resumed, they had their shot blocked by T.J. Grant. The Warhawks rebounded and called a timeout. There was 23 seconds remaining. They traveled when time resumed. Warner Robins then inbounded it with seven seconds left, but never got a shot off.

It took nearly a minute for someone to score in overtime. That someone was Warner Robins, Keshun Houser’s free throw – one-of-two – to make it 46-45. He made one-of-two later on, while Quon Dillard accounted for the Demons’ other five points – a basket and going three-for-four at the free-throw line.

Veterans did have a chance to win it … twice. With the score 51-50 it missed three-straight shots at a 3-pointer, then missed at the buzzer as the ball hit the rim but wouldn’t go in.

Dillard finished with 13 to lead Warner Robins. Greg Jones also had 11. Rodney James led the Warhawks with 15. Williams had 13 and Grant 11. 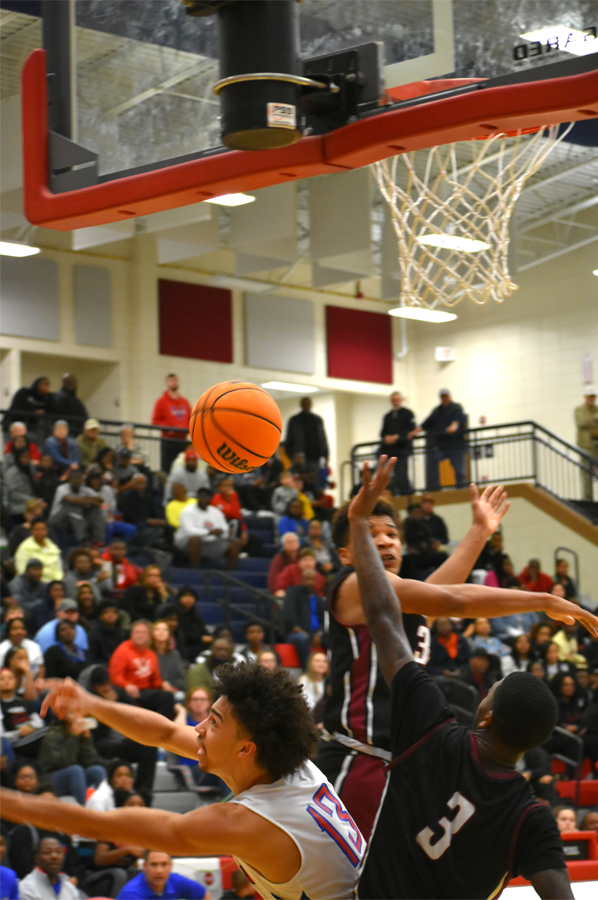 In the semifinal the day before, Veterans’ girls were stunned by Bainbridge, the No. 4 seed, 49-41. The loss – a three-point third quarter really proved to be the undoing – relegated the Lady Warhawks (24-3) to the No. 3 seed where they will have to travel and play Griffin (18-10).

The Lady Bearcats went on to play Harris County, which in turned had edged Warner Robins, 41-38. The Demonettes nearly pulled off a major comeback in that contest, as they trailed 27-17 at the half but held the Lady Tigers to zero points in the third. They were able to get it to overtimes tied at 36, but Harris County edged them in the extra period, 5-2.

Despite that good effort, Warner Robins (14-13) will enter the state tournament the No. 4 seed. It will travel and play Starr’s Mill (23-3).

Harris County won its matchup against Bainbridge in the championship game, 45-39, and will host Fayette County. Bainbridge will host Jonesboro. 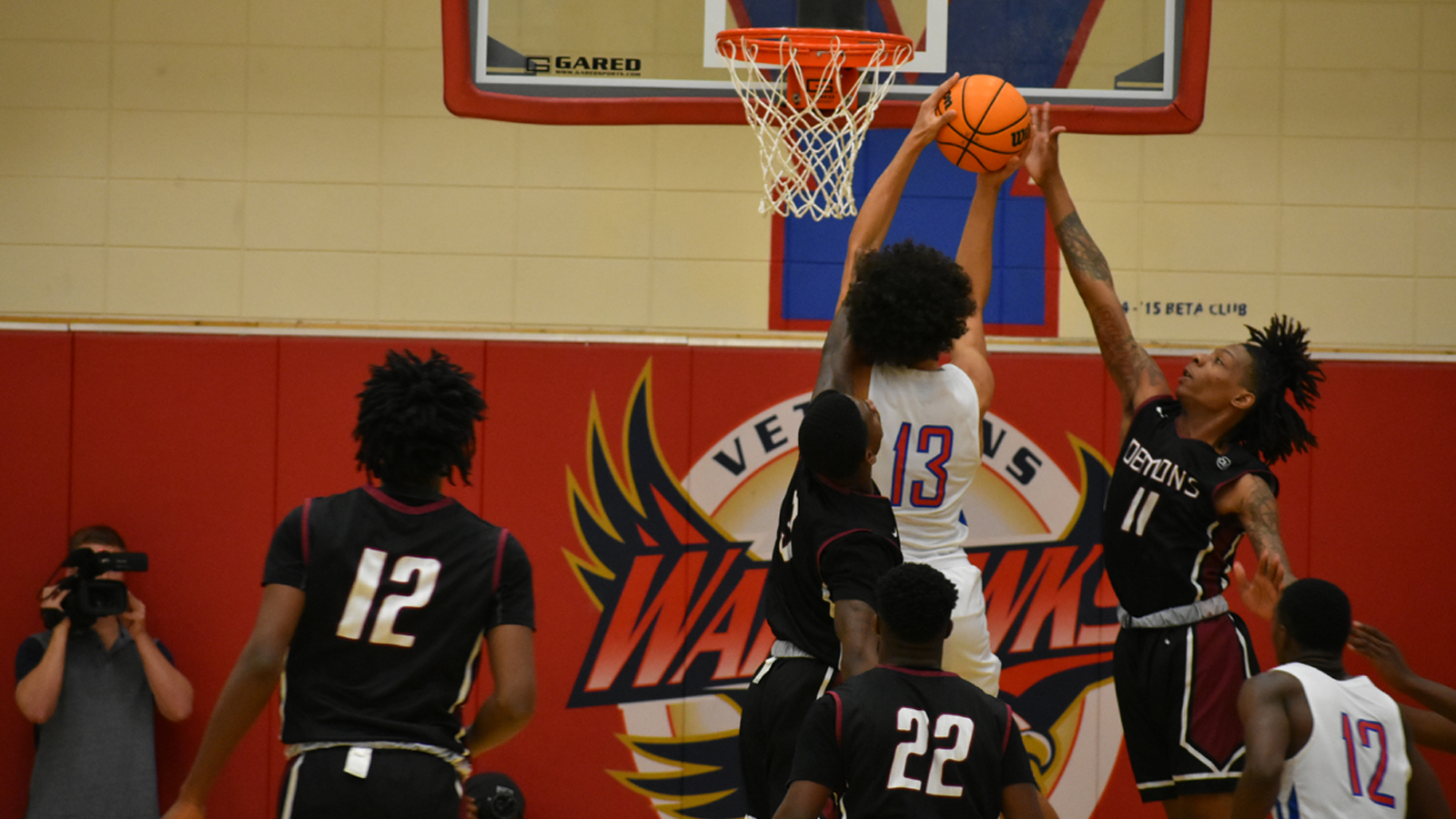