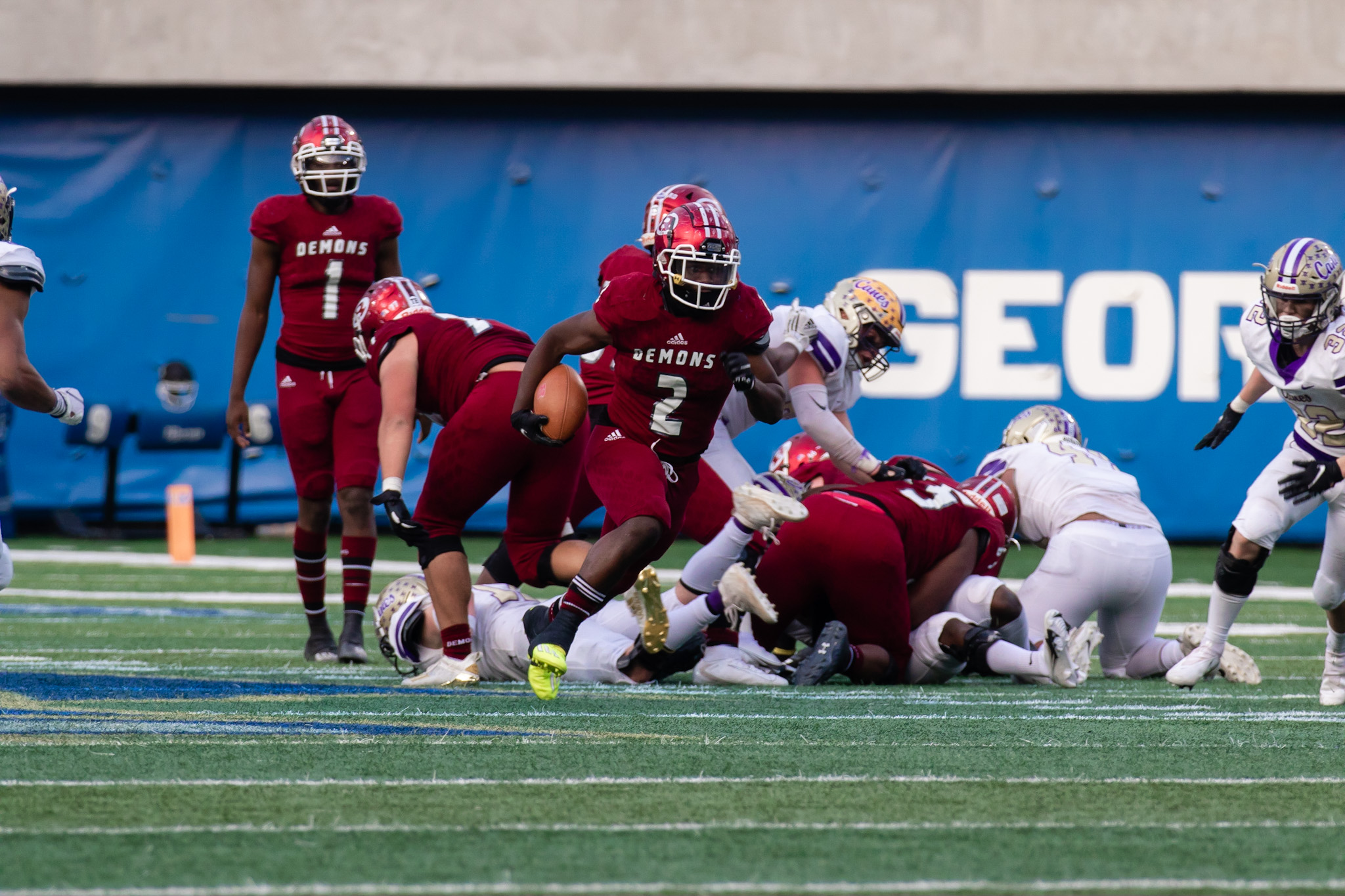 How do you top a season in which you went 13-1 and literally dominated most of the competition along the way – including a 62-28 thrashing of Cartersville in the GHSA Class AAAAA state championship game?

Well, for starters, you look to replace those who were key in helping make it happen but are now on their way to graduation. Two that quickly come to Warner Robins Head Coach Marquis Westbrook’s mind are Jalen Addie and Ahmad Walker.

“Those two guys, they’re not just good for your team, they’re good for your program. The way they performed on the big stage. Because kids want to be a part of that. They see it. They think: ‘I can do it, too.’

“They performed well for us,” he added. “They are just a blessing to have in the program. They took it to a new level on the big stage.”

Addie he continued was able to get it done with his “arms, his legs, his ability to see the field and being able to adapt to the different defenses he saw.” He came into his own, Westbrook said, adding it was especially impressive seeing as he was just a two-year starter.

Walker, a two-way contributor, had the same effect, he said. “He’s the same thing, one of those guys kids look at and want to emulate in the way they play. And the way they prepare themselves Monday through Thursday. It was a big deal because they came to work every day and they got it done on the practice field. And the games were much easier because they practiced that way.”

The good news for the Demons, Westbrook said, is although they lost a lot of production, they have a lot of players coming back who had “a lot of snaps, a lot of seniority.”

For more on that, click on the link below.