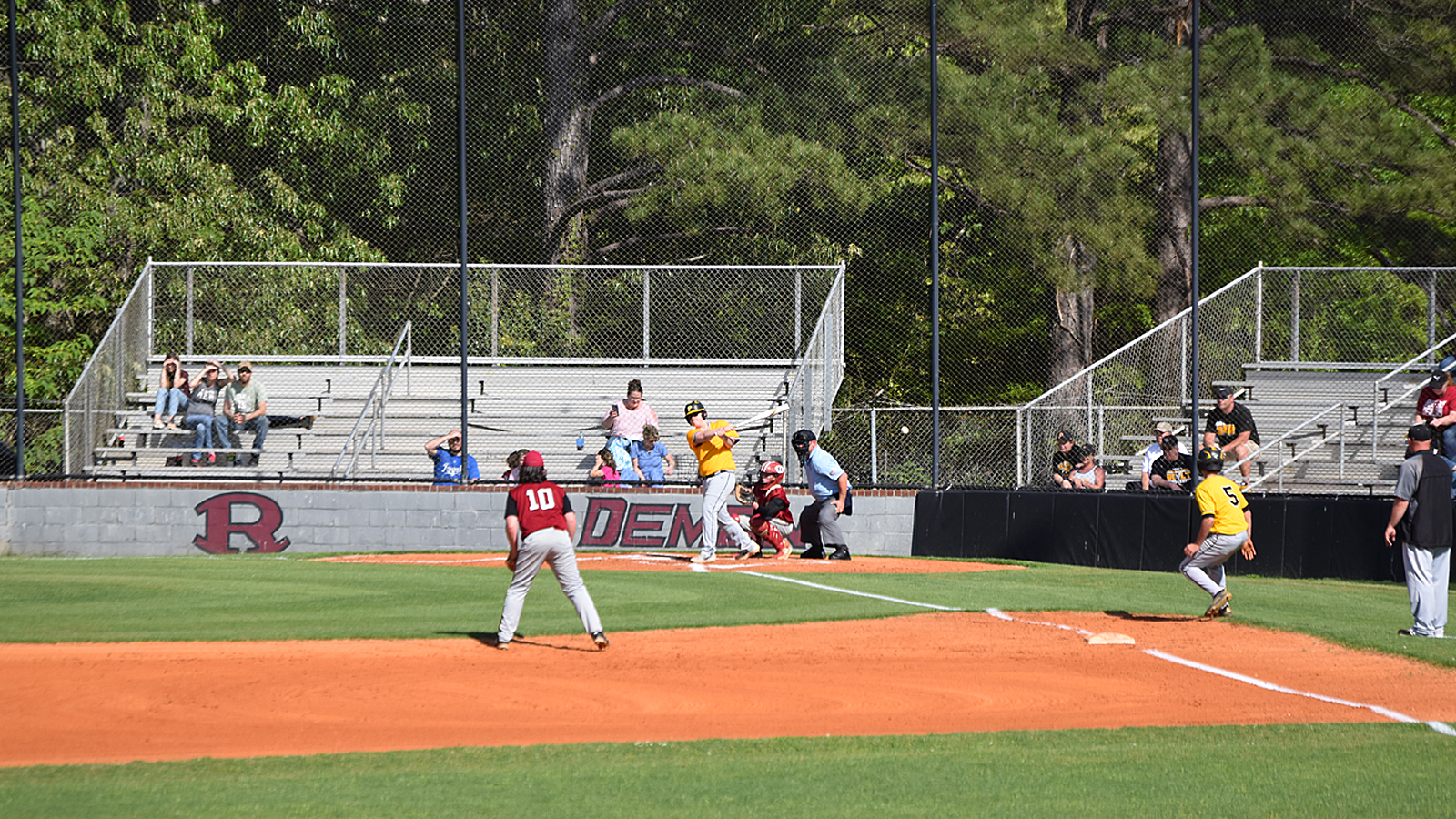 A five-run first and the two-hit pitching of Andrew McGee and Reece Page helped Warner Robins earn a 10-0 win over Peach County Wednesday at home.

McGee threw two and two-thirds innings. He was unhittable while striking out five and walking two. Page went two and a third – the game lasting only five innings. He gave up the hits, fanned two and didn’t walk a batter.

The Demons had 10 hits in the outing. McGee, in helping his own cause, had a 3-3 day. He also drove in one and scored once.

Xavier McIntyre was also 2-4 with an RBI and run scored and Cameron Burks 2-2 with a walk, two driven in and two scored.

Elsewhere, after being swept in a three-game series against Region 2-AAAA opponent Upson-Lee this past week – by scores of 5-4, 15-0 and 15-13 – Perry entered its series against Mary Persons needing to at least hold its own, if not make up some ground.

That remains a definite possibility thanks to a 3-0 over the Bulldogs Wednesday. The two have now split their matchups, with Mary Persons winning 4-2 on Monday and a third game to follow at the home of the Bulldogs Friday – with the first pitch scheduled for 6 p.m.

A good deal of credit for Wednesday’s win went to Jayden Chance. He worked six and two-thirds innings while giving up on six hits. He also struck out seven and walked four. (Cam Mashburn also came in and got the final out.)

Offensively, the Panthers scored their runs in the third and fourth – two in the third and one in the fourth. They also had seven hits, three of which belonged to Mashburn. He was perfect at the plate and also scored one.

Jayden Chance was also 2-3 and drove in one and Wade Gordon 0-3 but with the third RBI.