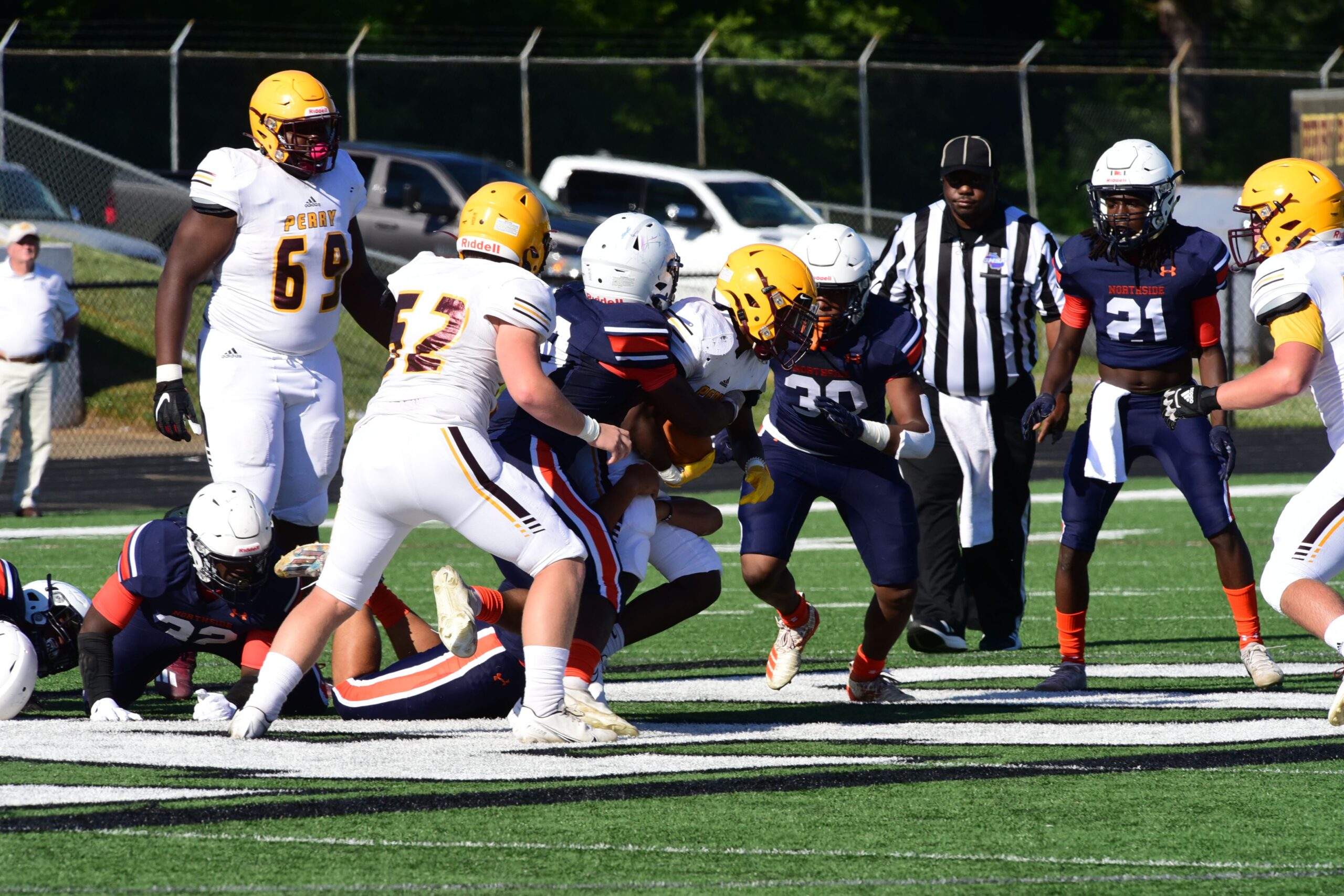 “Guys ran around and played fast and physical at times.”

That was Northside football Head Coach Chad Alligood’s quick assessment of the Eagles following their scrimmage against Perry May. 6.

Specifically, on defense, Alligood said, “We were able to identify a lot of guys that we think can help us on Friday night.  We will have depth at most positions.”

On offense, he continued, “The offensive line did some good things and showed a lot of progress. Our guys battling for the QB spot made plays and continue to get better each day.”

“We still have a long way to go to get where we need to be but we are headed in the right direction,” he said. 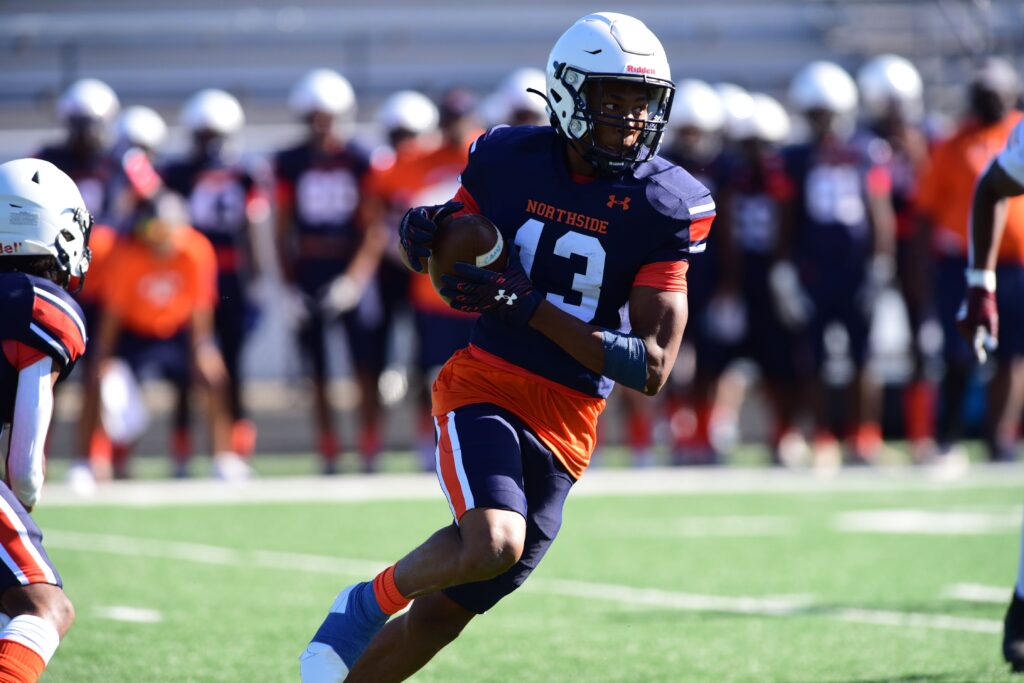 As far as Perry, football Head Coach Kevin Smith said he thought the Panthers made “great strides” throughout “all” of their spring practice. “We got better in some areas we needed to and we identified some areas we have to improve in.”

Offensively, he said he was proud of Amar Gordon as he stepped into the quarterback position “and did a lot of good things.”

Offensively, he said he thought the Panthers, “can be exciting to watch as we had 12 explosive plays and left a couple out there on the field. We must continue to improve on our fundamentals and clean up some little things.”

Defensively, he said they ran to the ball “extremely well” – forced two turnovers.

“We still have some work to do on our technique in order to be a really good defense,” he said, adding: “The positive culture of this team was established in the second half of the 2020 with a run to the quarterfinals. It carried over to spring.

We have to continue to water root to get where we want to be.” 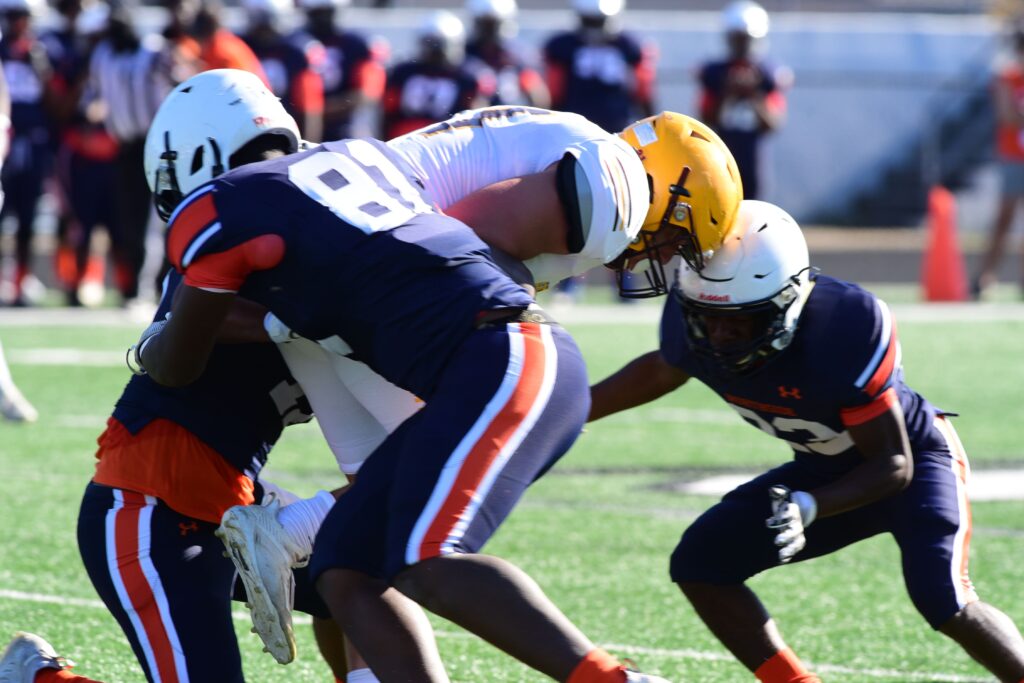 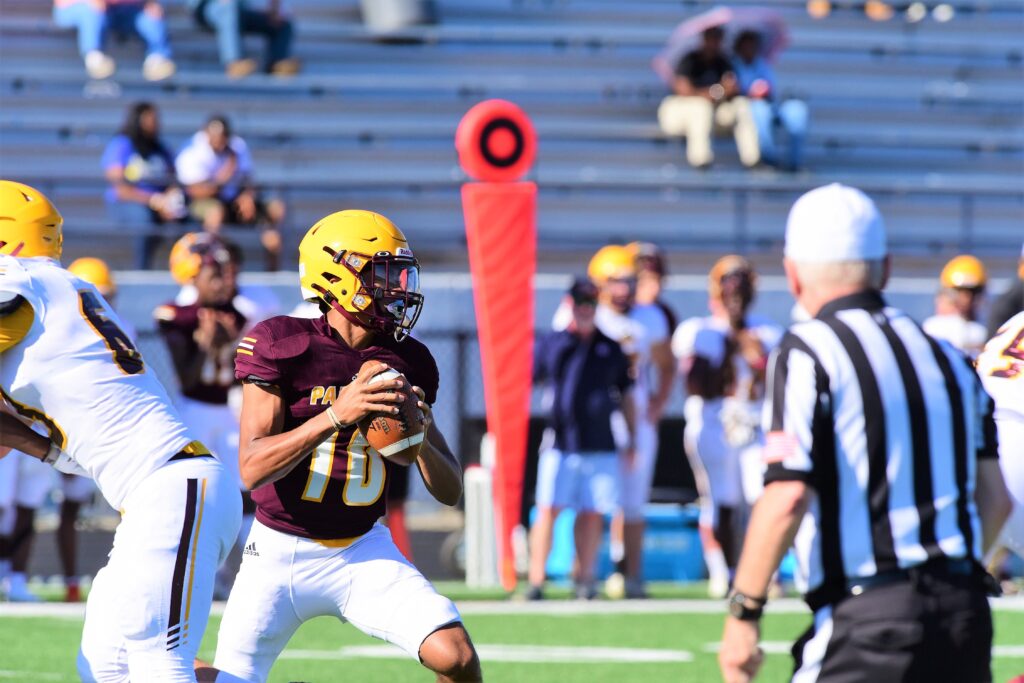 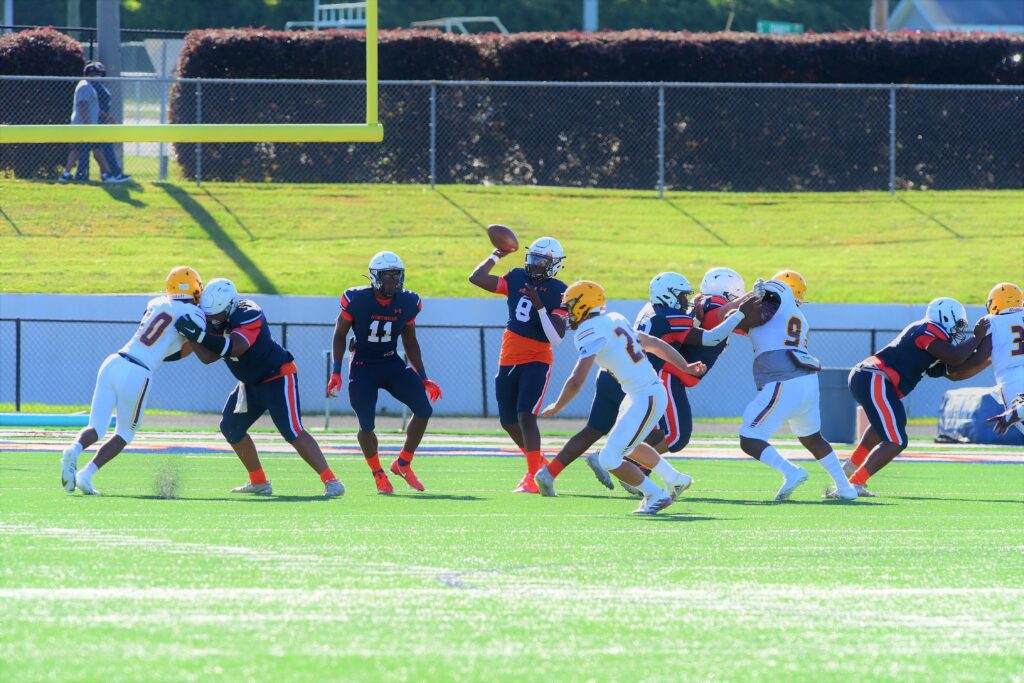