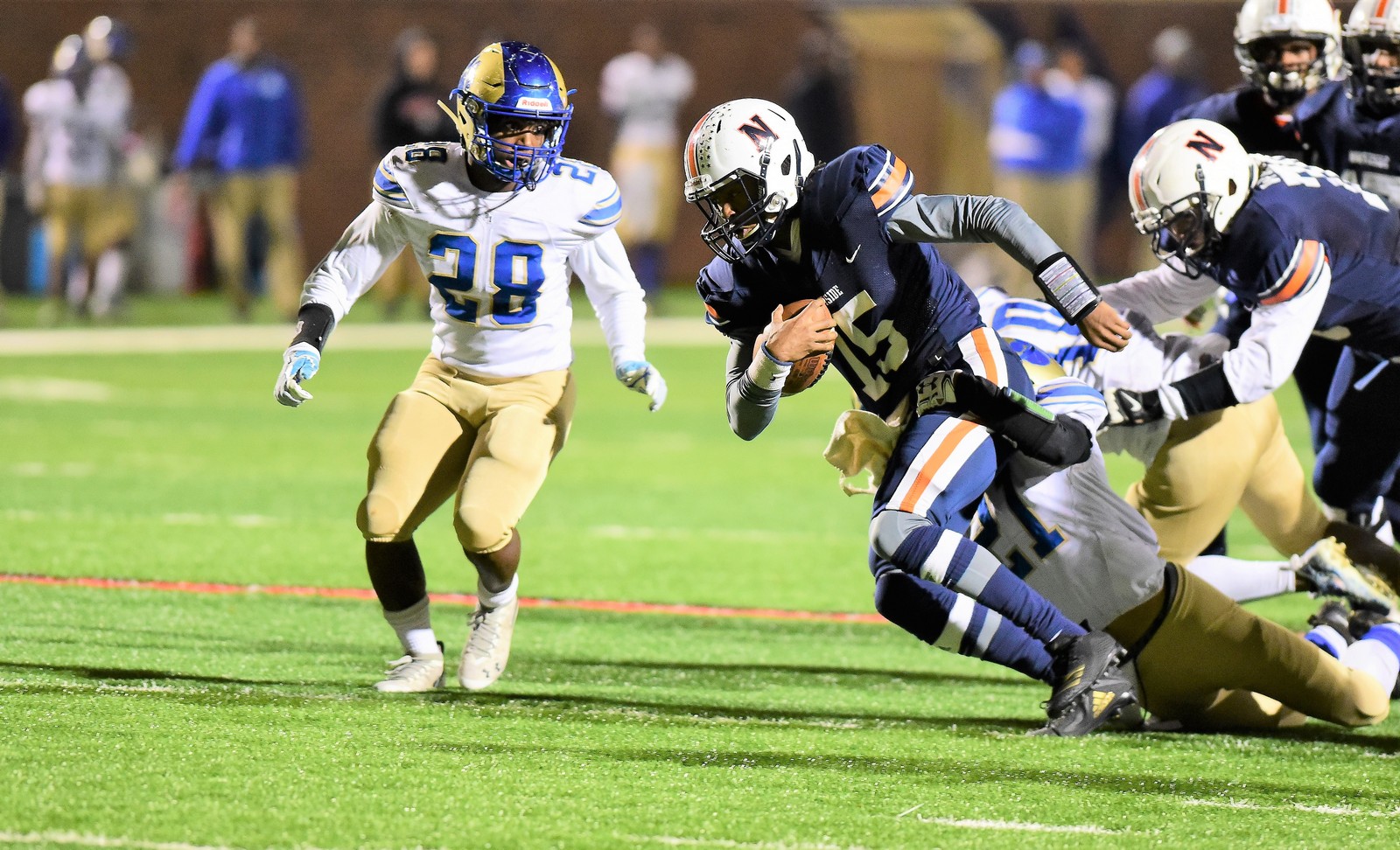 Northside dodged the proverbial bullet and then dodged it again … and again. That was enough to buy time for the Eagles’ offense to get rolling en route to a 35-0 win over Bradwell Institute in the second round of the GHSA Class AAAAAA playoffs.

Northside will next face off against the winner between Creekside and Sequoyah – tied at 35-all with five minutes left as of this writing – in the quarterfinals. Both are a higher seed, so the Eagles will have to travel regardless of which wins.

As far as those bullets, the first came on the Tigers’ second possession of the game – both punted to start. After intercepting an Eagle pass, they moved it close enough for an attempt at a 42-yard field goal. It was obviously no good.

Northside punted again. Bradwell took over on its own 21 and moved it to the Eagles’ 17 – picking up a fourth-and-six along the way and ushering in the second quarter. There, it attempted another field goal. This one was blocked.

Northside punted again. The Tigers went to work again. This time they moved it from their own 42 to the Eagles’ 4 where it was first-and-goal. A bad snap recovered by Mario Starling sent it back the other way.

Cue Zikhyree Hill. The junior running back scored the next three touchdowns. His first came on the same drive as the fumble – the ball ending up on Bradwell’s 28. It was on a five-yard run. Cory Munson made it 7-0. That’s also where it stood at the half.

Starling added to his defensive stats with an interception of a Tiger pass to start the third. That put the ball on the visitor’s 22 and led to Hill’s three-yard-run on a fourth-and-one. Munson made it 14-0.

Bradwell went three-and-out on its next trio of possessions. Hill scored again from the 2 on the second of those and with Munson made it 21-0.

Northside punted following. The game went into the fourth quarter and then it was Jadin Daniels’ turn. He scored the next two touchdowns. The first of those was from 10 yards out and capped off an Eagles drive of 56 yards. The second came after Tubby McCall had intercepted a pass and run it all the way back to the 8. A flag put it back 10 yards but that mattered little to Daniels. That came with seven minutes left in the ballgame.

A running clock began at that point as did a chance for both sides to get in some reserves.

Your Pie Defensive Player of the Game: Mario Starling 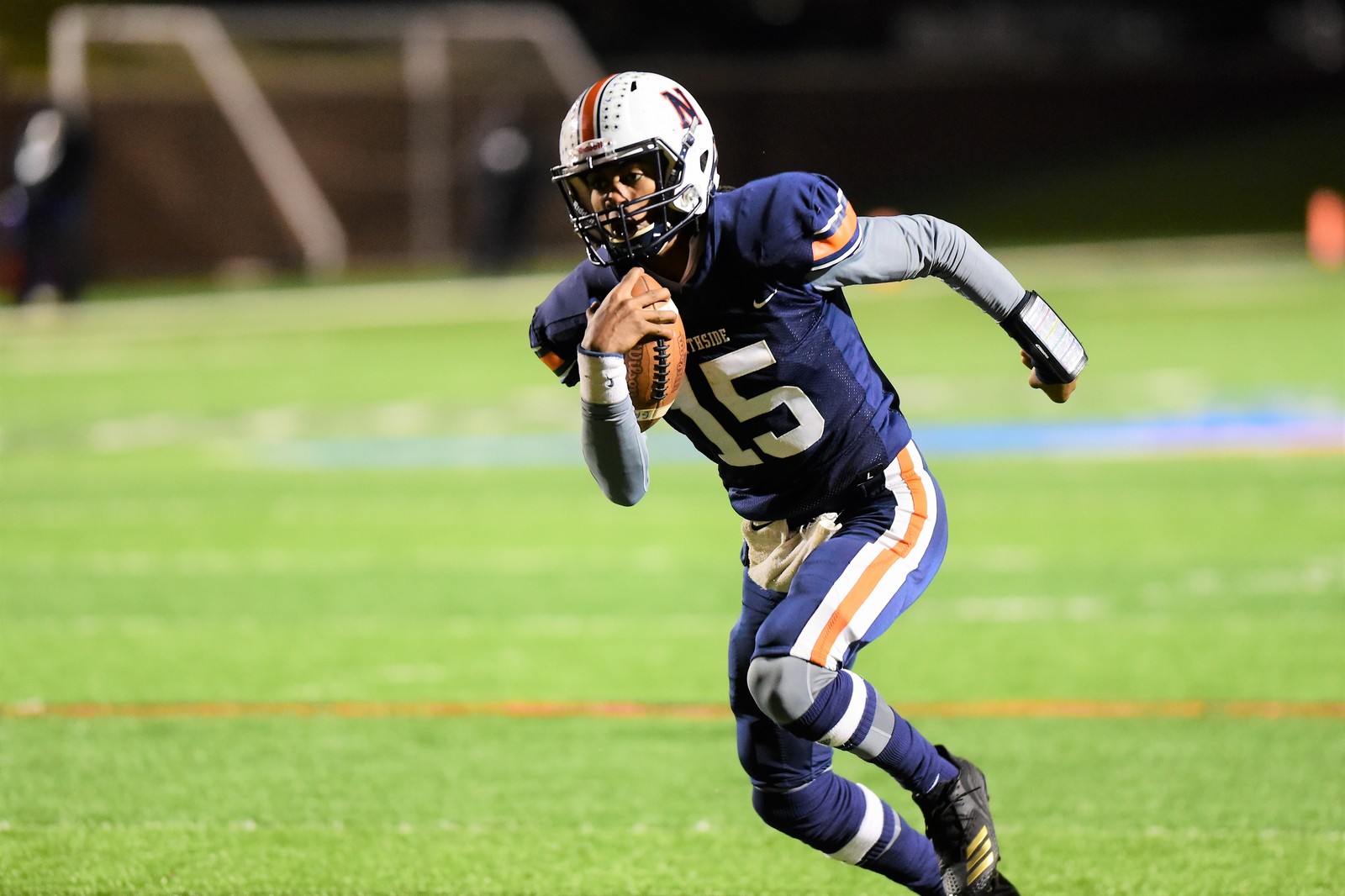 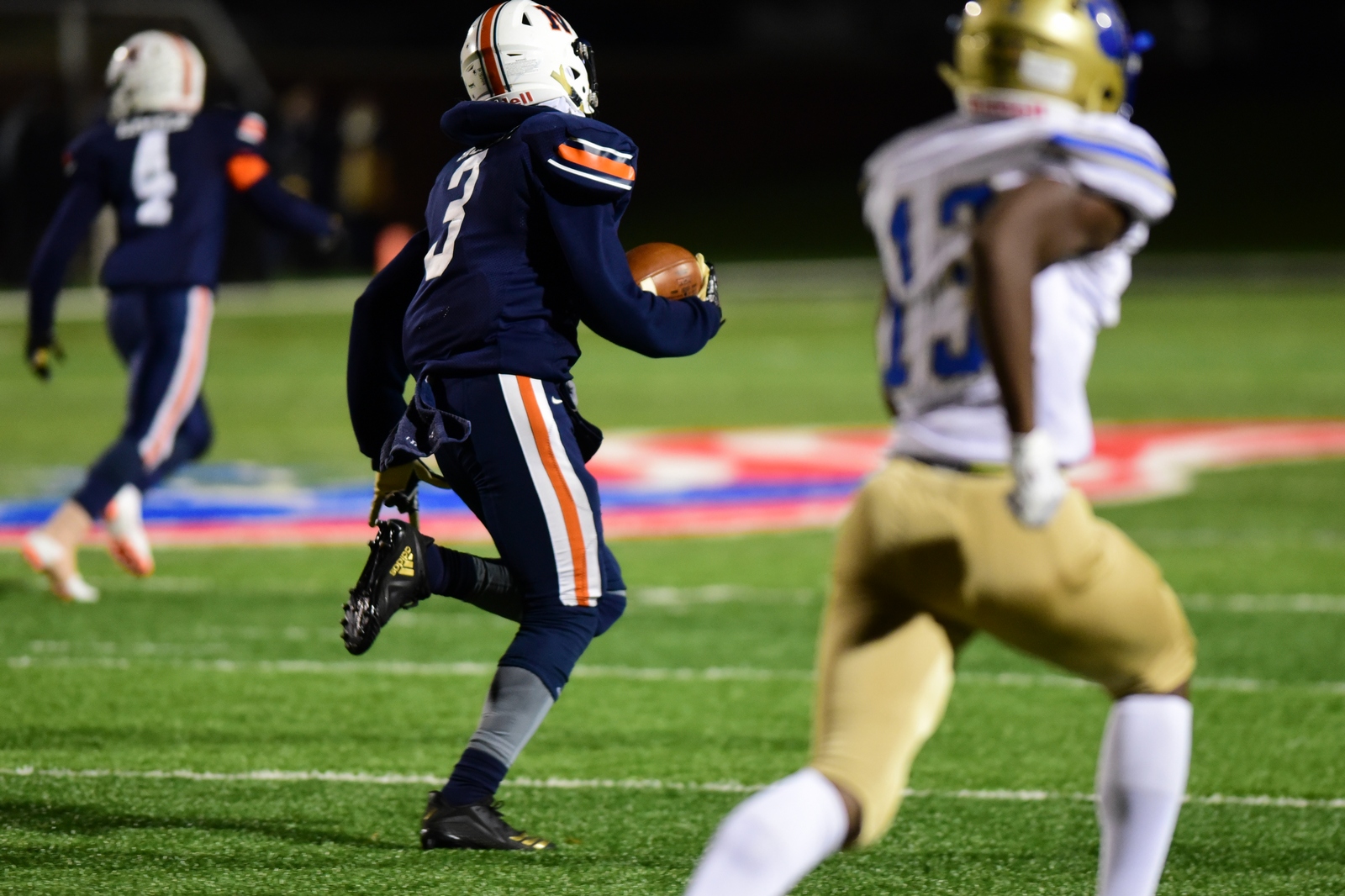