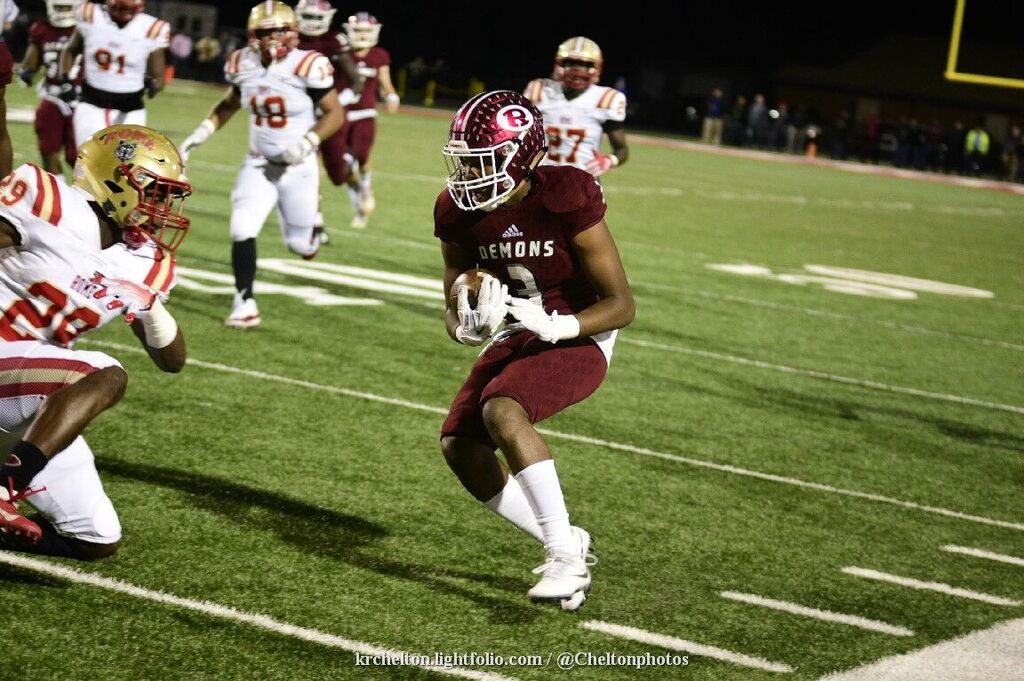 Talk about showing what you’re made of. There was Warner Robins, leading Rome 28-14 after taking the ball to open the third quarter, running 11 plays, going 79 yards and scoring on a 20-yard pass from Dylan Fromm to Devin Brown.

They were in control. Life was good and a trip to Mercedes-Benz Stadium and a shot at a state championship oh so good. Even better was the fact the Wolves fumbled the ball on their possession following.

However … the Demons couldn’t add to the lead. Worse, Rome scored. Then it scored again, and just like that, within the span of about three minutes it was 28-all.

Now what? What do you do against a team that came in riding a 40-game win streak and back-to-back state titles – including that 38-0 stinger from last year? How do you respond? Does it break your heart – your willpower – or does it show your heart?

Warner Robins answered on its next possession. It put together an 80-yard, eight-play drive and scored on a 16-yard pass from state receiving record holder Marcayll Jones. The Demons went up 35-28 and went on to win 45-28.

They will play Bainbridge, a 20-19 winner over Stockbridge – all of the Bearcats’ points coming in the fourth quarter – Dec. 11 at 4:30 p.m. for the state championship. (Note: The Demons beat Bainbridge 38-0 during the regular season, but it is a team that since then has won six straight.) 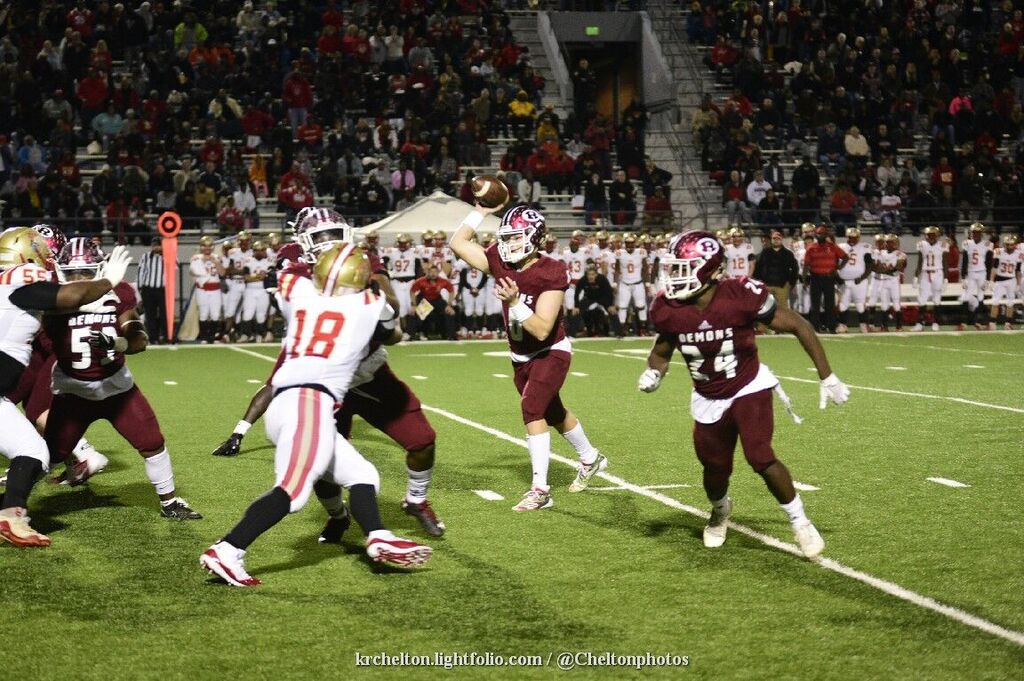 As far as Warner Robins and Rome, the game started with punts by both – although both also moved the ball well.

Rome got on board first with a seven-play, 88-yard drive, of which the biggest play was a 41-yard touchdown pass from Knox Kadum to Xavier Roberts.

Warner Robins tied it on its next possession. The Demons went 80 yards on 14 plays and scored on a 10-yard pass from Dylan to Tyler Fromm. Samarly Howard, as he did for the rest of the night, made the point after.

The Wolves fumbled on their next possession, the game moving into the second quarter at that point. Warner Robins recovered it on the 36 and on the sixth play of the drive from there found the endzone on Deondre DuHart’s 15-yard run.

Rome tied it following on a Kadum run from the 1. That was set up by 10 plays and a starting position of its own 42. 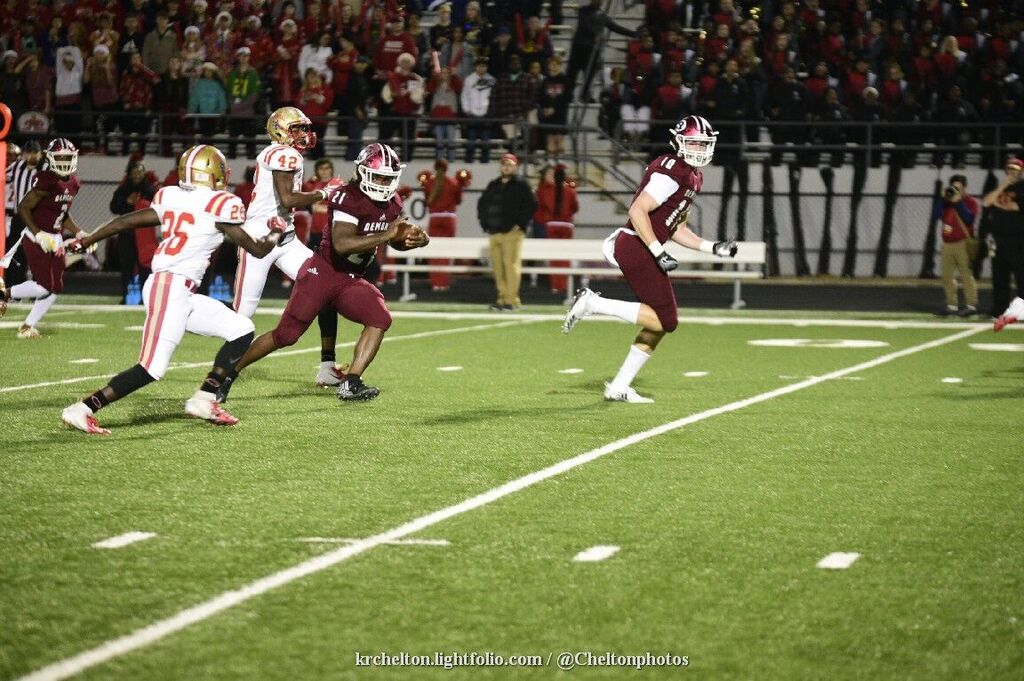 Again the Demons answered back. This time it was via a 25-yard pass from Fromm to Jones with just over a minute left before the half. That made it 21-14.

The second half was as already mentioned. Warner Robins scored to double the lead. Rome came roaring back, first on a trick play – a pass-to-pass back to Kadem who ran it 71 yards and the score – and then on an interception that gave it a short field at the Demons’ 22 – and a four-yard touchdown run by Jamious Griffin.

Once Warner Robins had scored on Jones’ pass to go back out front – the aforementioned 35-28 – it added a 33-yard field goal by Howard and a four-yard run by Jalen Rutherford.

The first came with just over six minutes left to play. It was the finish to a six-play drive that started on the Demons’ 27. The latter was just inside the three-minute mark and ended a 70-yard, five-play drive.

Rome moved the ball following that to Warner Robins’ 20. There, it turned it over on downs. The Demons ran out the clock from there. 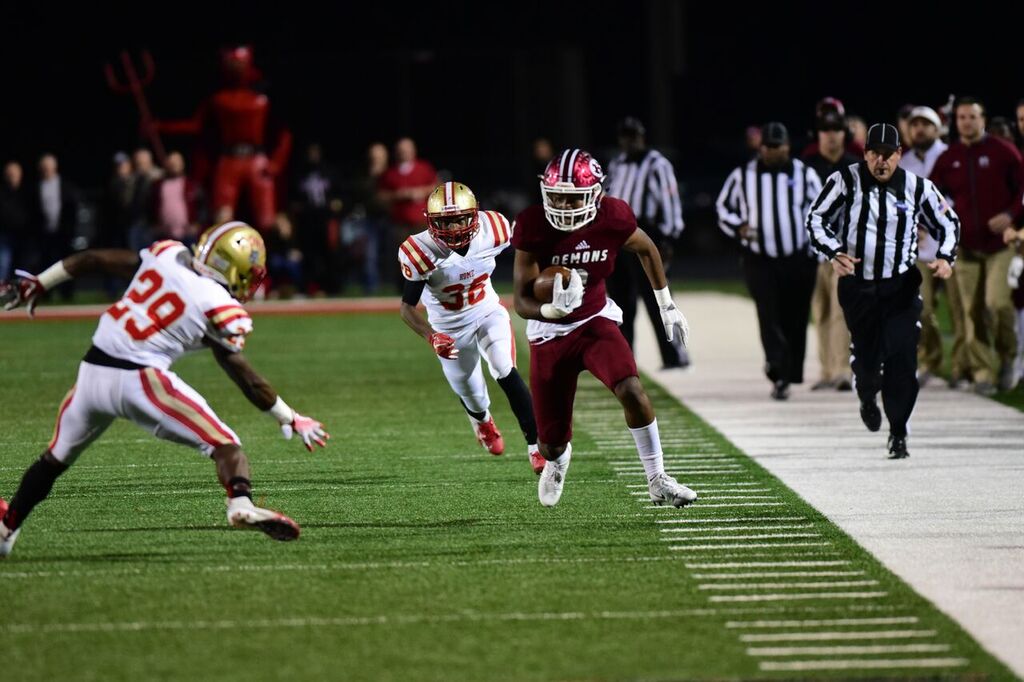 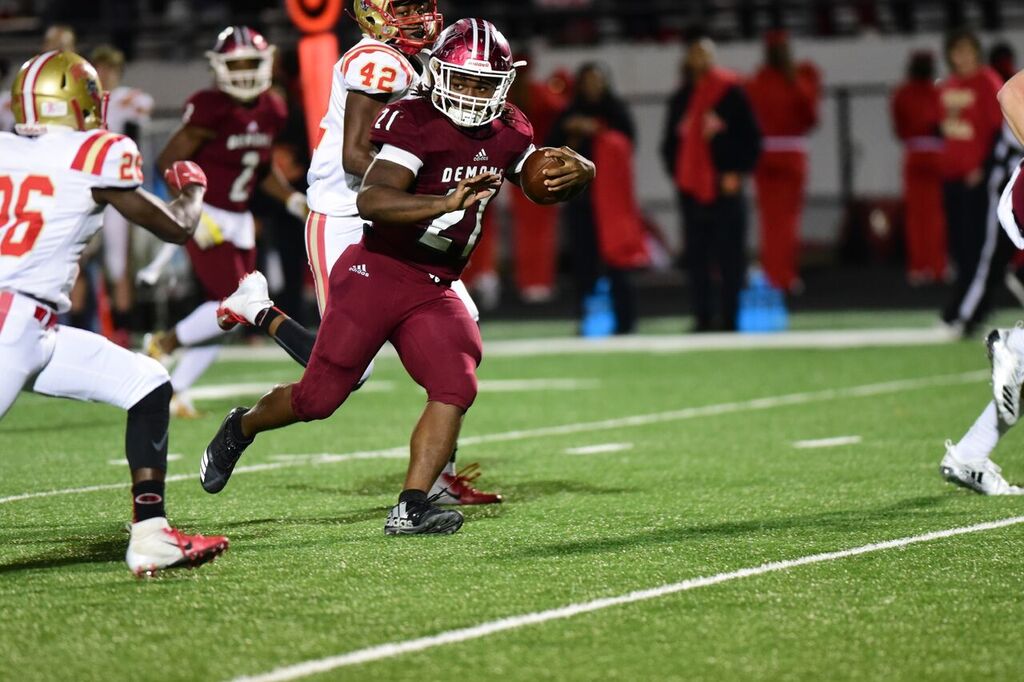 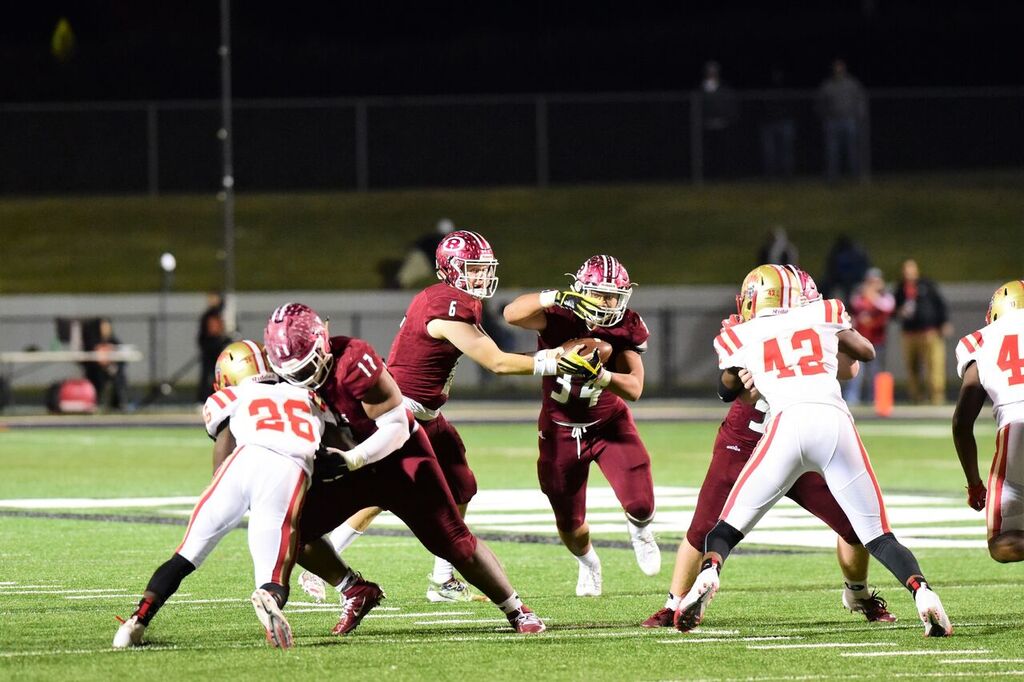 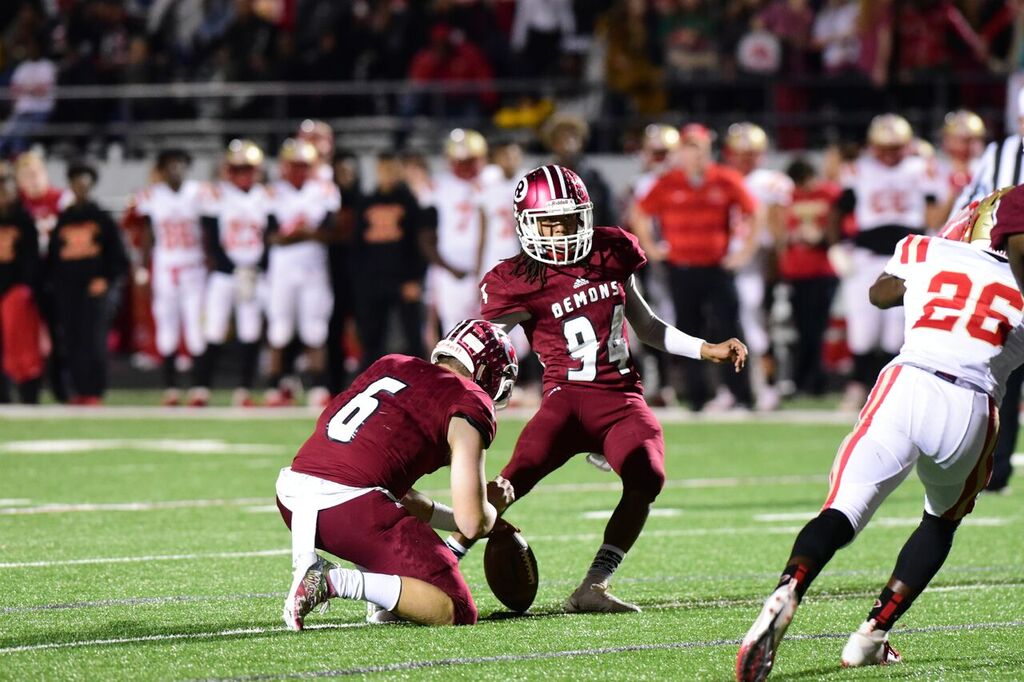 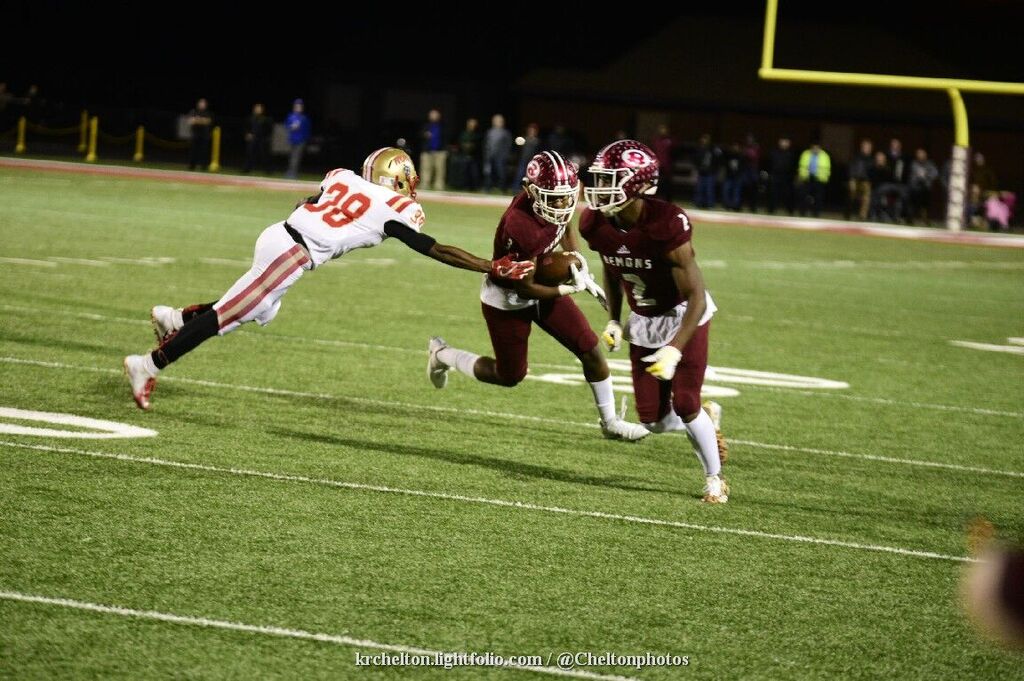