For Marquis Westbrook, Demons – the dream takes a hit 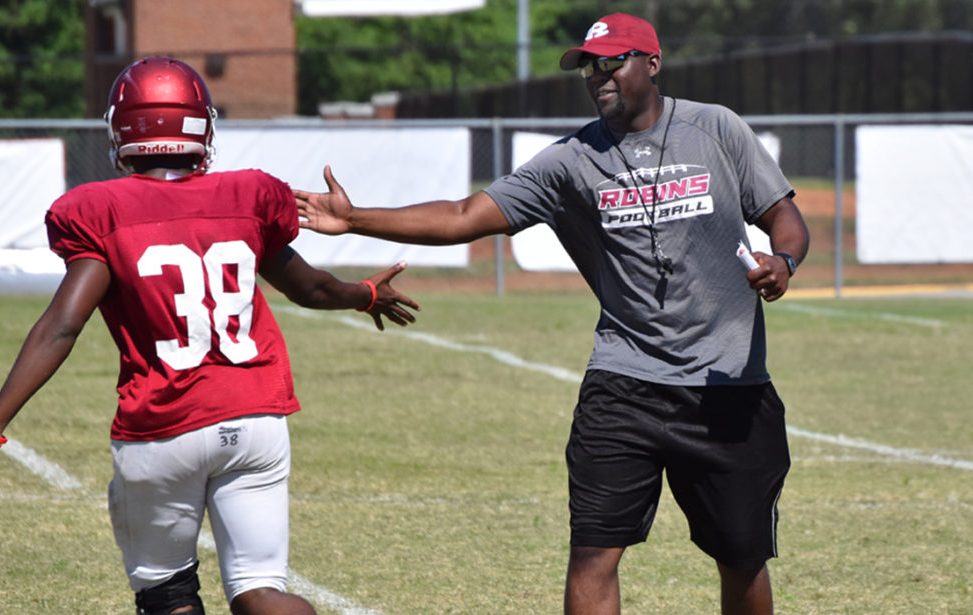 One dream ends, another begins.

The first was of getting back on the football field at least in time for spring practice and a spring game.

“Not (so much for) our starters,” said Warner Robins Athletics Director and Head Football Coach Marquis Westbrook. “We know they can play. “But those guys who are up and coming. We just want to see what those guys can possibly do and what they can learn.

“And we’ve still got some install to do, so it’s a lot from a football standpoint.”

That dream was subsequently shattered by Georgia Gov. Brian Kemp’s executive order signing on April 1 (obviously no joke), which closed “public elementary and secondary schools through the end of the 2019-2020 school year to stop the spread of COVID-19.” (Note: The attached interview at bottom was made by SportsMic’s Bill Beatty just prior to that. It at least gives Demons fans a glimpse into the heart of what their favorite football coach is dealing with.)

Now, Westbrook and company will have to adjust the timeline for the dream – hope football can return in the fall. In the meantime, they can still rely/hold out hope upon the plans they laid out when activities were first put on hold.

“Our main mode of communication has been though our Huddle app,” he said. “We connect with our kids through that.

“Also, we can call kids, so we’ll call them up and talk to them … When I say ‘we,’ I mean the entire coaching staff … Just to talk to the guys every day, just to let them know we’re still here for them.

“We sent workouts out. Hopefully they’re doing them and tying their best to get it done. Some guys are working out on their own, and they’re trying to stay in shape, so that’s a good thing.”

Panthers’ Tim Hutchens – ready to get back to getting the Panthers’ house in order
Falcons-Patriots replay!? You had one job …