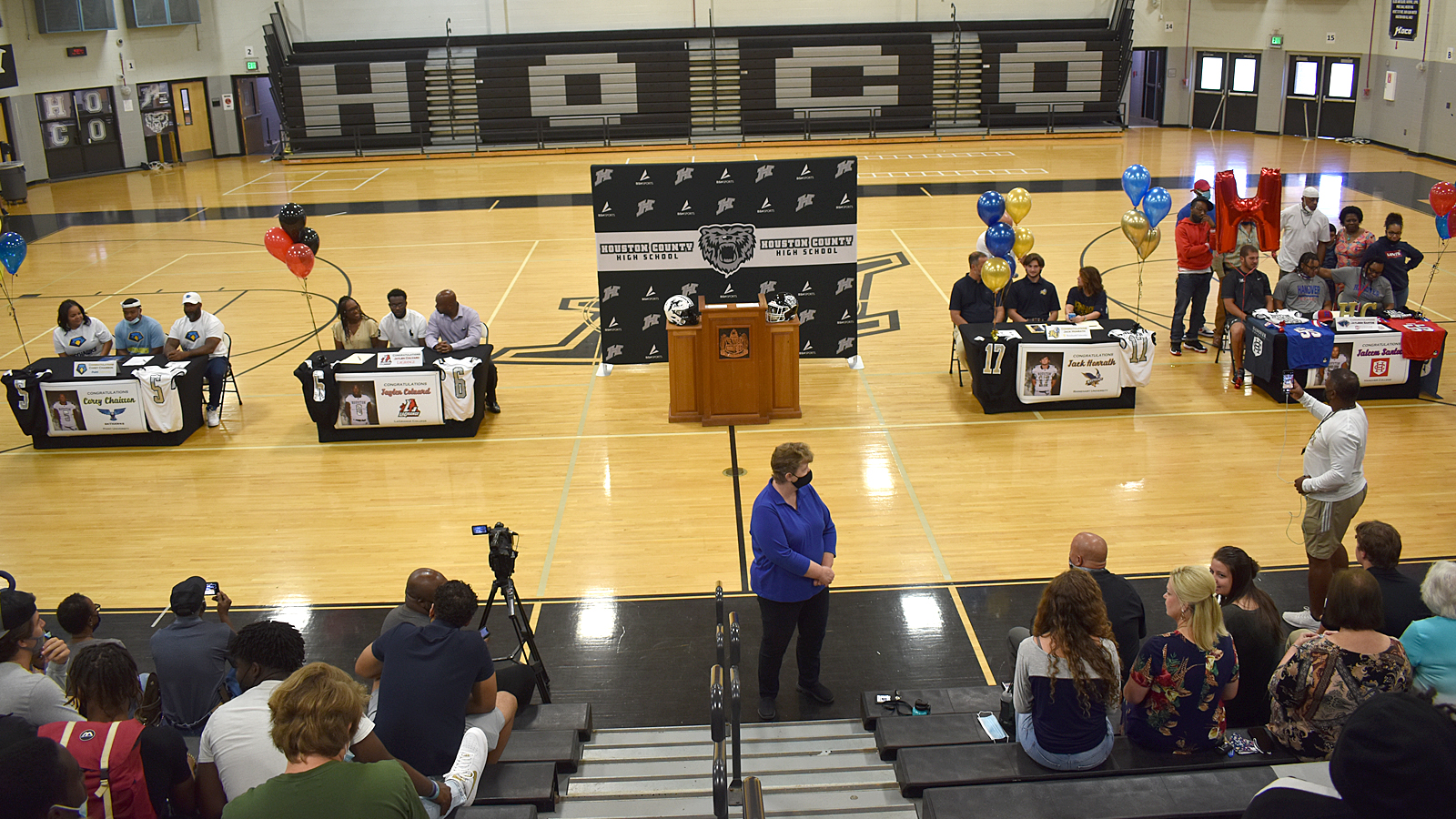 “This day is a very important time in these young peoples’ lives,” said Assistant Principal/Athletics Director Jason Brett, “as they are signing their names to a piece of paper and realizing a dream they worked countless hours to reach.”

“These guys have a great opportunity to go play college football,” said football Head Coach Ryan Crawford. “But bigger than that, they have the opportunity to go get a college education. He also recognized Cam Stewart who he said signed a scholarship a few months earlier with Fort Valley State University. “It’s something that’s second to none, and I think you guys understand that,” he continued of all.

Chaisson had 196 carries for 785 yards in his career. He averaged four yards a carry and had four touchdowns.

“He’s just a great player,” Crawford said. “He played on special teams as well and had a great career here at Houston County.”

Colvard had 33 tackles and interceptions in his career, said Crawford. “The thing about Jaylen,” he said, “that has been really good for me as a defensive backs coach. Special teams are so important. Coaching defense is as well, but Jaylen was able to play a lot of positions. He played strong safety. He played free safety. We moved him to linebacker, outside backer, another position for us. He had some injuries but he was able to go back and finish his career at the safety position.

“That’s probably the biggest thing about Jaylen is he has been a team player and willing to do whatever the coaches asked him to do. He just really did a great job in several areas for us in his career.”

Honrath, a four-year starter – all were but Santos, who was a three-year starter – Crawford continued was another “hard worker. He’s a true testament of hard work. With us and outside of school, as he was doing some things (outside as well) to get stronger, get faster.

“Just really proud of him and what he accomplished with us.”

He finished this past year with 14 receptions for 138 yards. He averaged 9.8 yards per catch and had two “’big’ touchdowns for us,” said Crawford. “He’s just another kid who put in the time and effort.”

Santos was another, he said, who would do anything the coaches asked him to do. “He never came off the field.”

He was a two-time All-Region and All-County selection. He had 174 total tackles, nine sacks and 13 tackles for loss.

“He was also a young man who played on special teams and did a lot of us,” said Crawford, adding: “He probably. could have played offense for us if we had wanted him to. (But) he played so hard on defense and made so many plays on defense.” 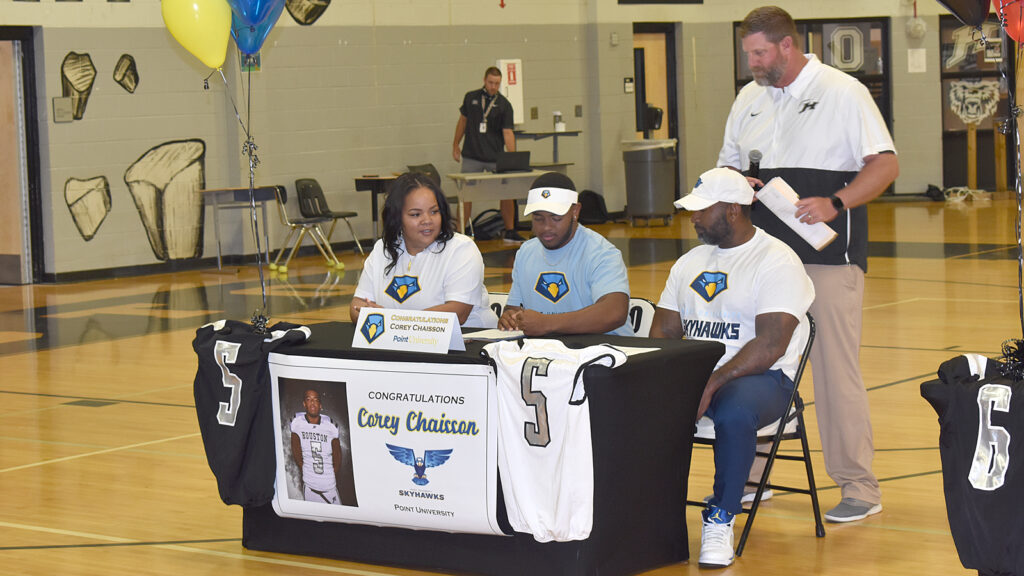 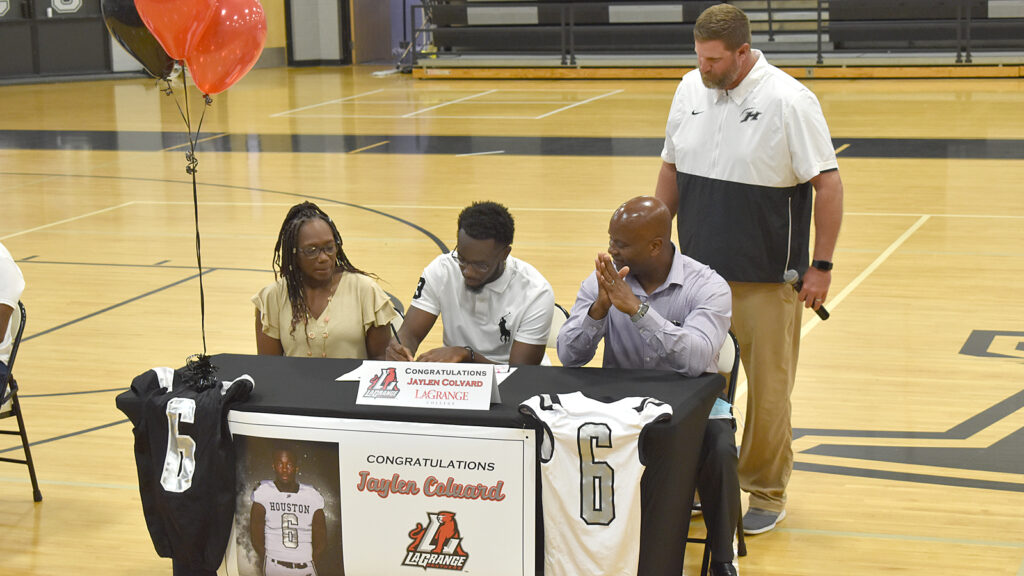 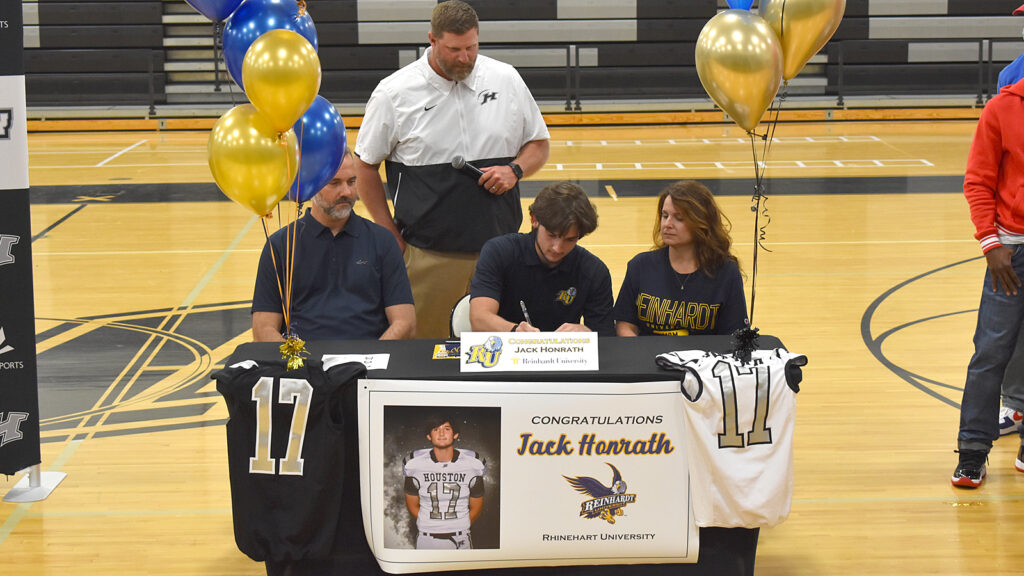 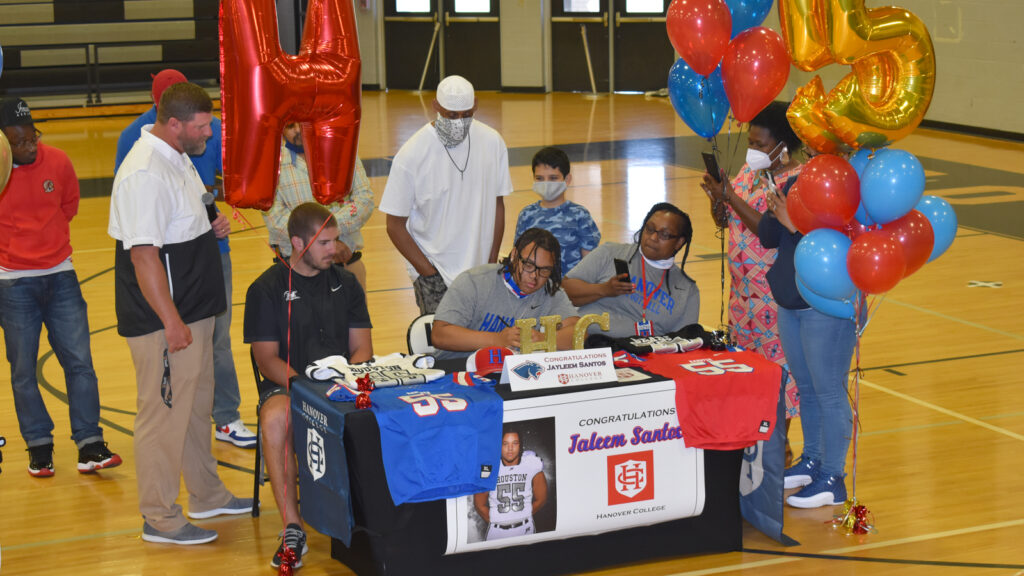