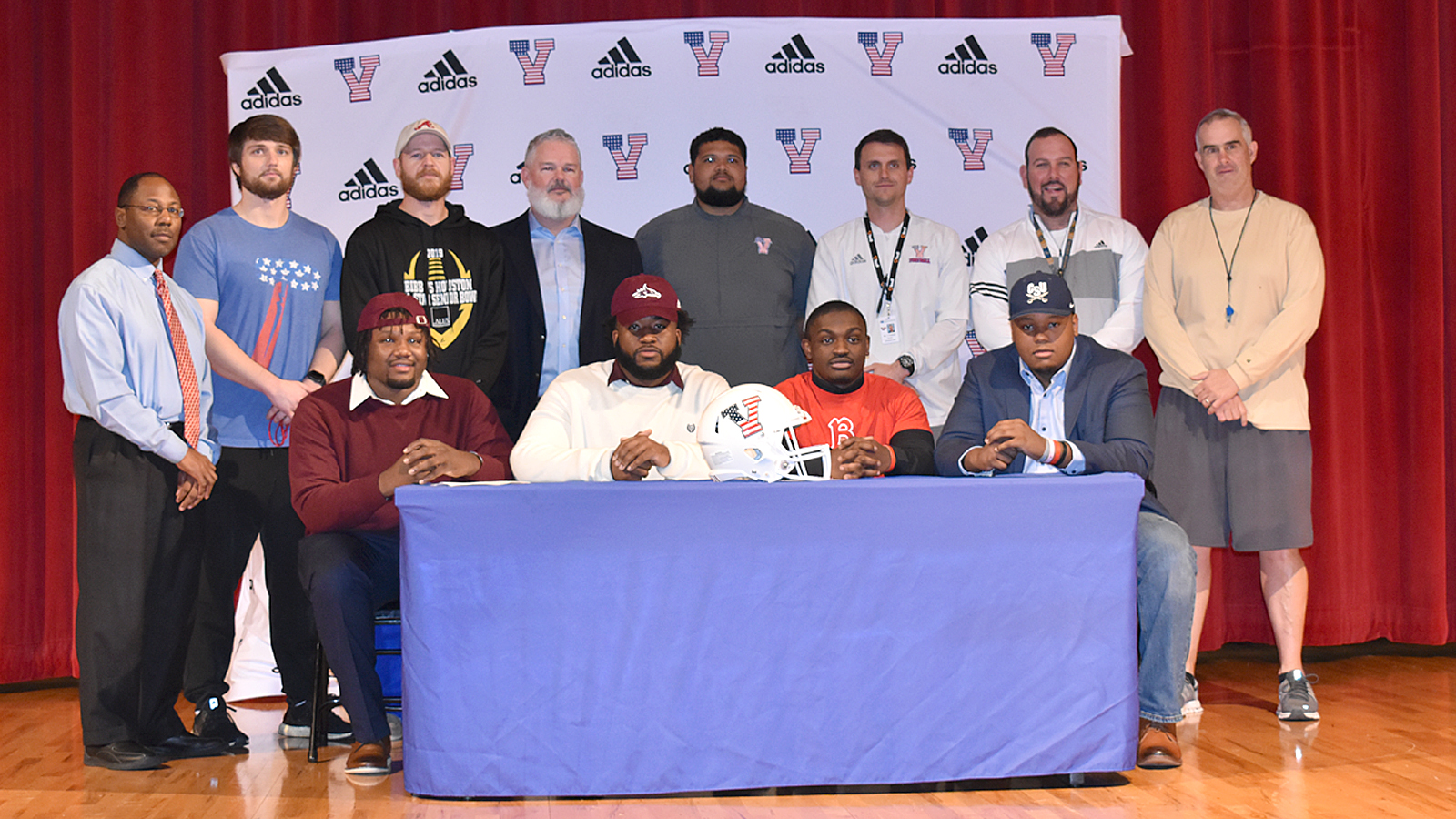 “As a staff, as a school we’re extremely proud of him,” Turner said of Chambers. He will be joining a Buccaneers team that finished 6-6 this past season. “Not only for his accomplishments on the field,” Turner continued, “but off the field as well.

“He’s going to be an extraordinary man. We told the coaching staff he’s going to do great things on the field, but greater things off, so we’re proud of him.”

He echoed that with Shine – all of the boys, actually – adding: “He’s a first class, high character, young man. We expect great things from him.”

Of Holiday he said Hyson Holiday he said he said, “He’s a great young man with an incredible future. We expect great things out of him. Again, we’re excited about what he’s going to do on field but even more off.”

Shine and Holiday will be joining a Phoenix squad that finished 5-5 this past season.

Finally, of Barnes he said he had excelled since day one … As a matter of fact, “This whole group of guys have worked extremely hard in the weight room. All four are incredible leaders on and off the field.

“Julian’s a guy who can be anything and do anything he wants. We truly believe that about him. He’s a special young man. We’re incredibly excited about what he’s going to do in the future.”