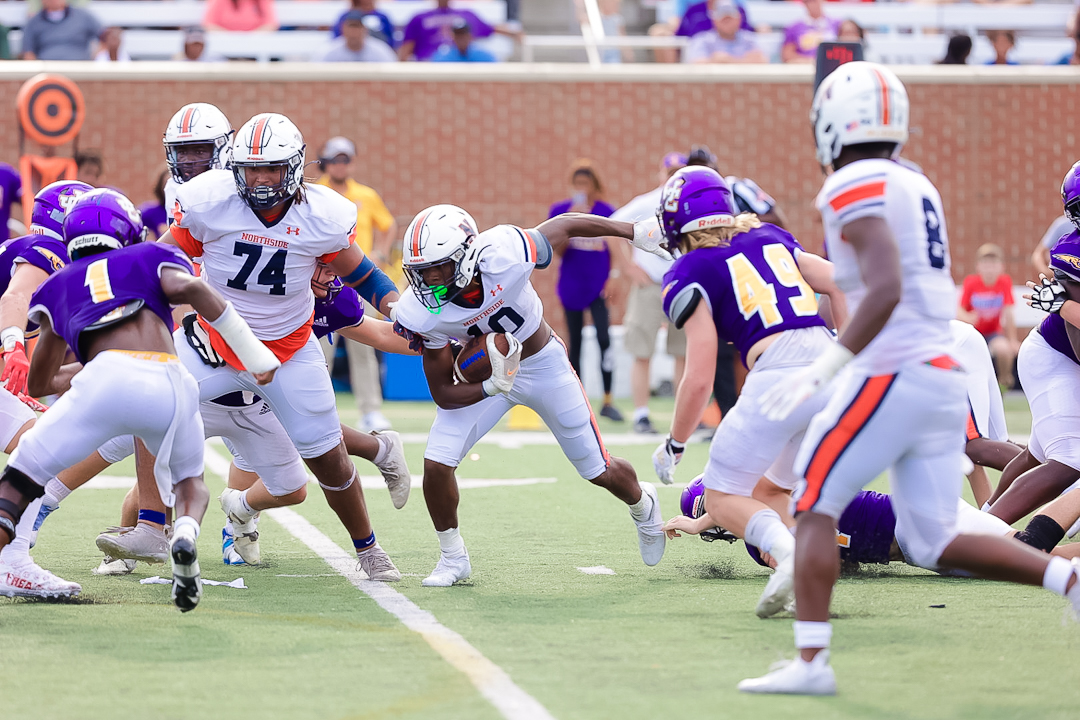 Jones County put two scores on the board in the second half before Northside could answer and went on to edge out the Eagles 27-21 in the Macon Touchdown Club Kickoff Classic held Saturday at Mercer University.

Three turnovers in the first half certainly didn’t help Northside’s efforts. However, they did manage to lead 15-14 at the break.

The Greyhounds took advantage of the Eagles’ first fumble – one of two, the other was an interception – on Northside’s first possession of the game; Jones County won the toss but deferred to score first. The turnover put the ball on the Eagles’ 37. It took four plays before quarterback Judd Anderson found Ched Smith in the endzone. Brendan Waters made the point after to put it at 7-0 with about 10 minutes left in the quarter.

Both punted before a good return gave Northside the ball on the Greyhounds’ 22. It took eight plays and a fourth-down conversion, but the Eagles scored on a two-yard run by Michael McClendon. Quarterback Damien Dee also carried it in for the two-point conversion to make it 8-7, Northside. That’s how it stood after one. 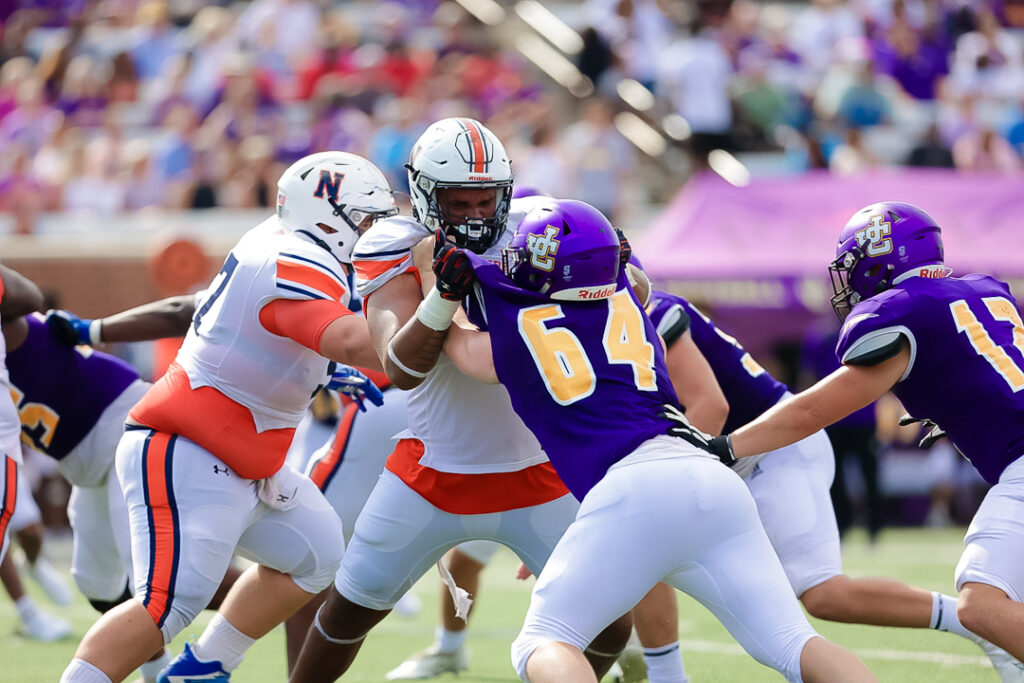 Each also threw an interception – the Eagles before the first quarter was over and the Greyhounds right after the second began. Northside’s was picked in the endzone and ended a scoring threat. A facemask put it on the 12 where Jones County took it all the way back for the score. It was a seven-play drive. The biggest play was a 40-yard pass from Anderson to Jaivon Solomon for the touchdown. The point after made it 14-8.

Northside turned it over again following but held Jones County from making a fourth-down try. The Eagles took over on their own 36-yard line. Nine plays later Dee scored from the 1. Ashton Paredes made the point. With 3:35 left in the quarter, both took a turn, moved it some but stalled and ushered in the half. 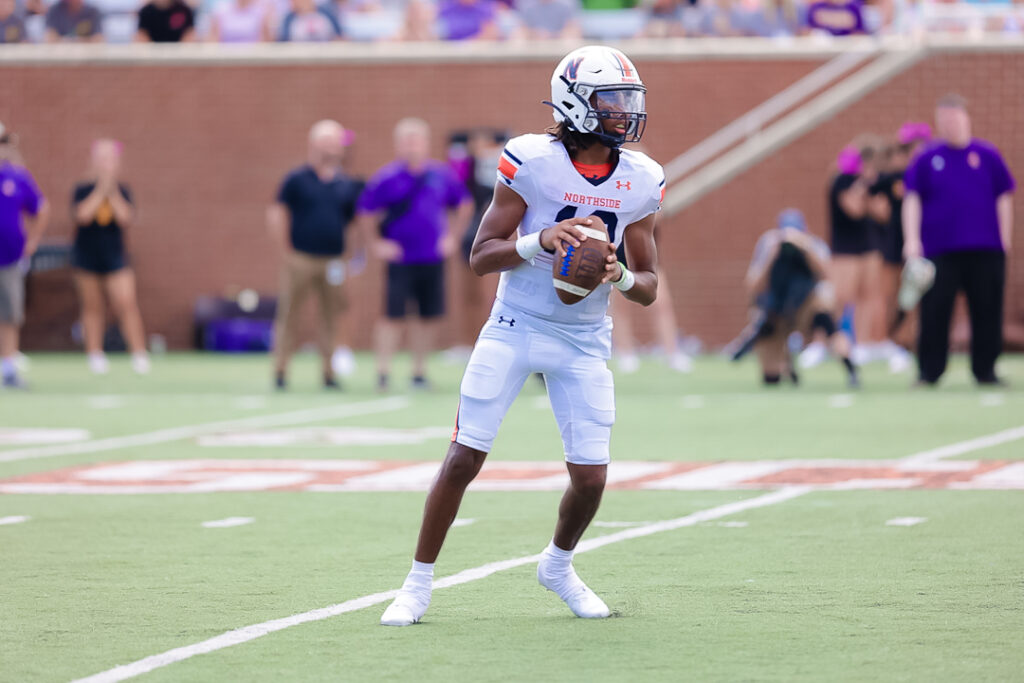 Jones County took the lead back for good on its first possession of the second half. It started on its 18, ran eight plays and scored on Zion Ragins’ 34-yard run. The point after made it 21-15.

The Eagles turned it over on downs on their first possession. A fumble gave it back to them about a minute later, but they couldn’t do much with it, and were forced to punt.

The Greyhounds took over on their 46, went the distance – ushered in the fourth quarter several plays into the drive – and scored on Ragins’ two-yard run. They went for the two-point conversion but were unsuccessful.

Oddly enough, Jones County attempted an onsides kick. Northside was up for the test and recovered it on their own 47. Its back against the wall, it was forced to go for it twice on fourth down. It converted both, eventually scoring on the last: A six-yard pass from Dee to D’shawn Hooten. The ball was muffed on the point after attempt making it 27-21 with 4:33 left to play.

That was all the Greyhounds needed to pick up a couple of first downs and run out the clock for the win. 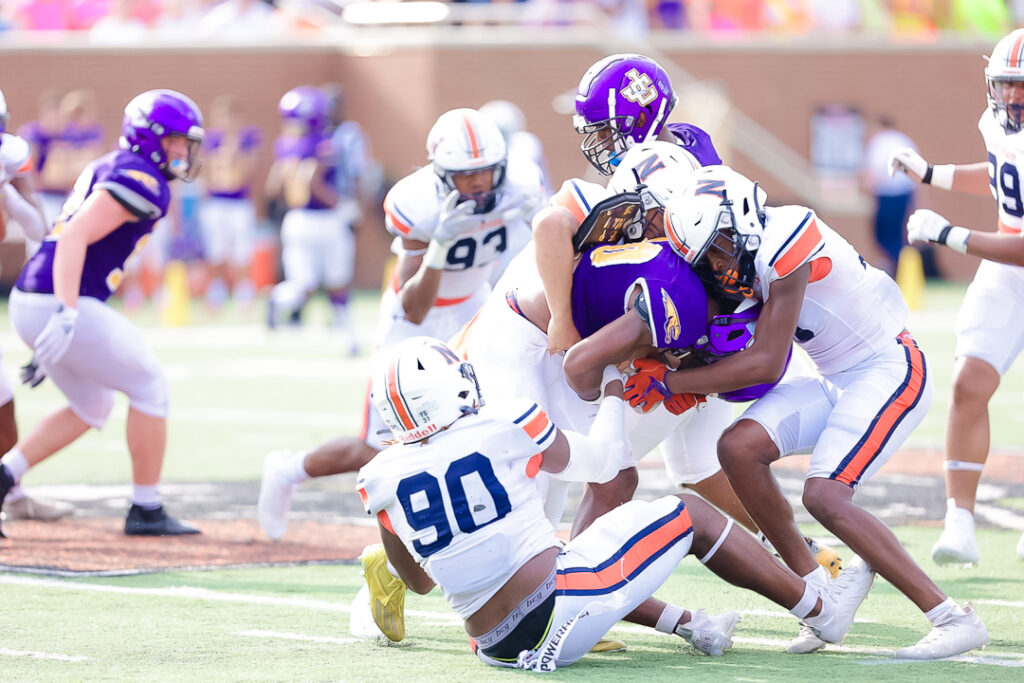