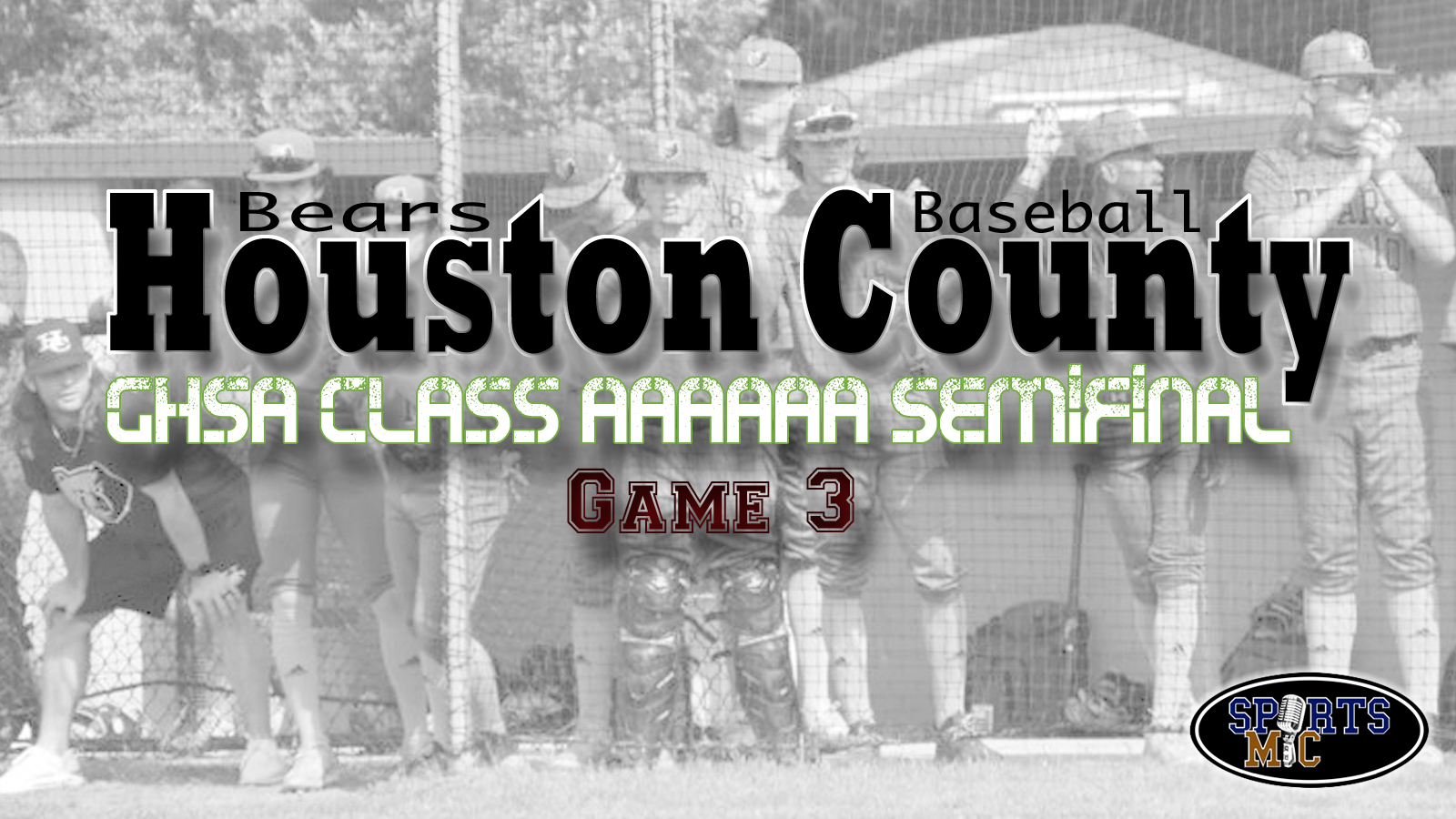 The Bears beat Allatoona 5-0 in the deciding Game 3 of their semifinal matchup Tuesday at the home of the Buccaneers.

Andrew Dunford pitched a complete game – seven innings, four hits – and two of those only came in the seventh, while striking out four. Coleman Willis went 2-3 and Drew Burress 2-4. Both had a pair of RBIs and the defense turned two timely double plays to help secure the win.

Houston County will play Lassiter, a 3-2, 3-0, winner over Pope May 25 in Truist Park in a best two-out-of three series. The first pitch in the doubleheader is slated for 5 p.m. with the third game, if necessary, set for the day following. The Greyhounds, by the way, also hail from the same region as Allatoona, Region 6. The difference is Lassiter is the No. 3 seed whereas the Buccaneers were the No. 1.

The Bears scored their first run in the first. With one out, Treyson Hughes singled. A ground out enabled him to reach second where Willis singled to right to bring him home.

The Buccaneers threatened to tie it up in the bottom of the inning when Brett Blomquist hit a one-out double to left. Dunford, however, coaxed a fly ball and a ground out to end the threat.

Houston County went in order in the second and Allatoona again threatened to tie it up. They got a leadoff walk to Taylor Shultz and a one-out walk to Ethan Sutton. That brought Tyler McGuire to the plate. He hit a grounder to second baseman Christian Davis. Davis threw to shortstop Trent Ringer for one out and Ringer gunned to first where Willis was waiting for the second – the third of the inning.

The Bears scored three to start the third. Following a strikeout, Gage Harrelson singled. Hughes walked and Dunford reached on an error to load the bases. Willis sacrificed Harrelson home with a short fly to left then Burress singled to bring in Hughes and Colby Meservey, who pinch ran for Dunford. Ringer singled and made it second following that. That also got Burress to third, but the next hitter, Garrett Hortman struck out.

Dunford got the Buccaneers in order in the third. Houston County, with new pitcher Ethan Sutton on the mound, went back to work in the fourth. Following a groundout, E.J. Lewis singled. He stole second before Harrelson singled. That enabled him to reach third. Harrelson took second on the throw. Lewis was cut down at home on a fielder’s choice but that enabled Harrelson to make it to third where he came home on a wild pitch.

Dunford inadvertently hit a batter with an out in the fourth but the next two hitters flied out and line out, respectively.

Willis and Burress both singled to start the fifth. Ringer laid down a bunt to move them over. Hortman hit a fly ball but it wasn’t deep enough to score Willis. That brought Chris Le, pinch hitting, to the plate. Le, the day before, went 3-3 and played a big role in the Bears’ win. He was unable to build on that as his grounder was knocked down by the pitcher, who then recovered and threw to first.

The Buccaneers got a two-out single in their half of the inning but left him stranded. Harrelson was hit by a pitch with an out in Houston County’s sixth, but he, too, was left on second – getting there on a wild pitch.

Blomquist reached on an error to start Allatoona’s sixth. A flyout and an unassisted double play by Ringer took care of that threat.

Ringer got a two-out single in the seventh but was left on second after a steal. Finally, Allatoona put a pair of runners on in the seventh. The first was a leadoff single. The second came after a fly out. Dunford struck out the next hitter and a ground ball to Ringer, who in turn stepped on the second base bag, ended the game.

The Bears also improved to 31-7 while ending the Buccaneers’ year at 32-7.