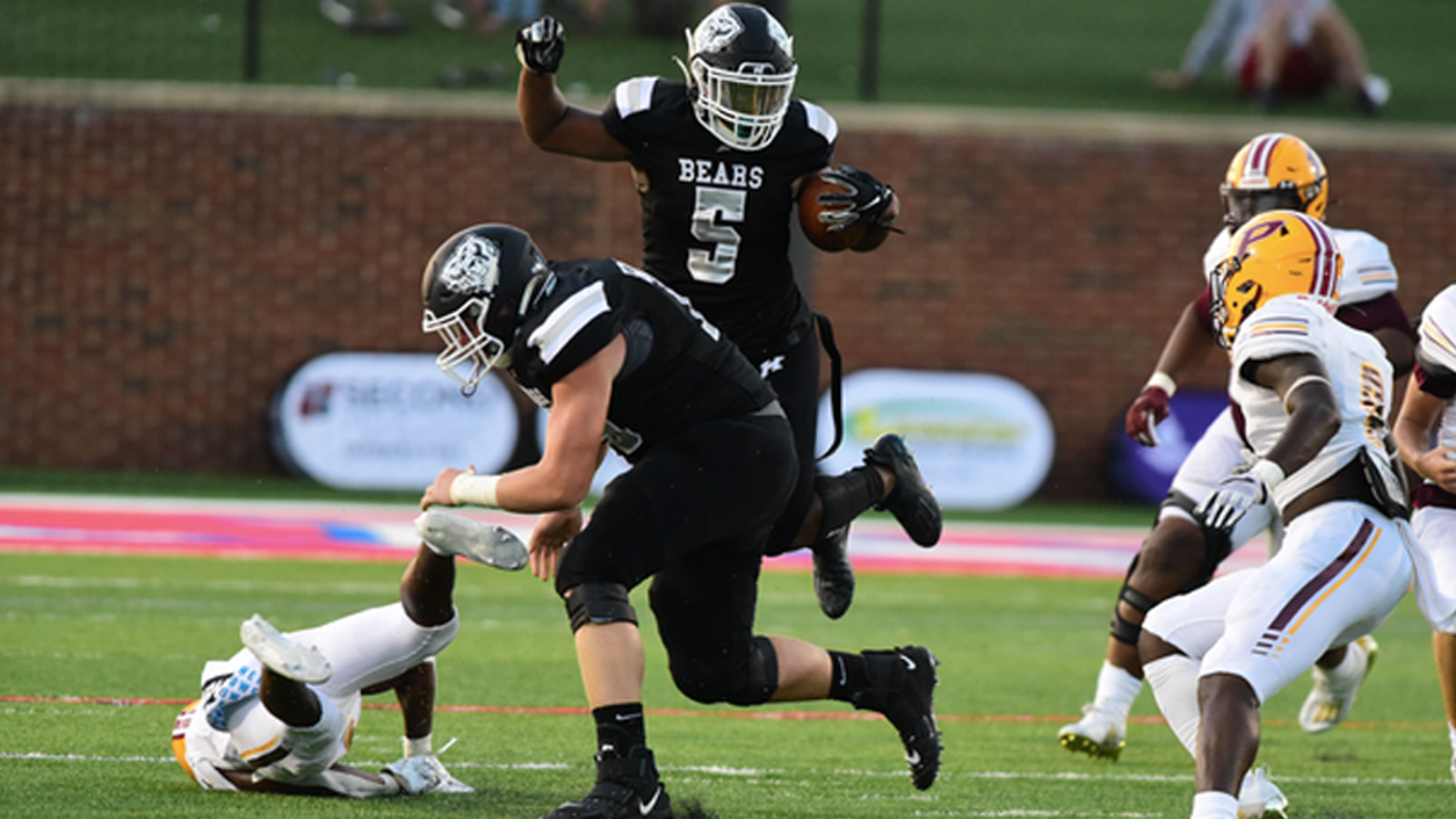 Houston County had to hold off Perry late. Then, it had to figure out a way to score.

Its first score came on its first possession. Taking the ball on its own 33 it went the distance and scored on an eight-yard run by Simeon Askew. Luke Rigby made it 7-0.

The Panthers then drove, stalled – even after picking up a fourth-and-one – and called upon William McCranie, who hit a 30-yard field. That came shortly after the second quarter started.

Houston County punted twice following. Perry punted once, but the second of the Bears’ pinned the Panthers to the 9. A bad snap made things worse and turned into a safety. That made it 9-3, which is where it stood at the half.

Perry punted to start the third but not before showing significant life in moving the ball. (A hold didn’t help the cause.)

It was likewise on defense as it forced Houston County on a three-and-out to start its third.

The Panthers scored following when Lane Rucker found Curtis Head for a 39-yard touchdown pass. McCranie made it 10-9 with just over six minutes left in the third.

The Bears were forced to punt again on their next possession. Perry again moved the ball well, threatened, but eventually turned it over on downs on the Panthers’ 25.

Houston County punted again. Perry continued to move it, but after picking up one first down, it came up short on another. That set up one of the defining moments, if not “the” defining moment. The snap sailed high. The Bears recovered it on the 15. Two plays got it to the 1 where Jayleem Santos ran it in. Houston County lined up for the two-point conversion, then made it on a pass from quarterback Christian Lawhorn to Keifer Rich. That made it the 17-10 with a tick over five minutes left to play.

The Bears’ defense held. Perry turned it over on downs. Houston County got into victory formation to run off the last two minutes.