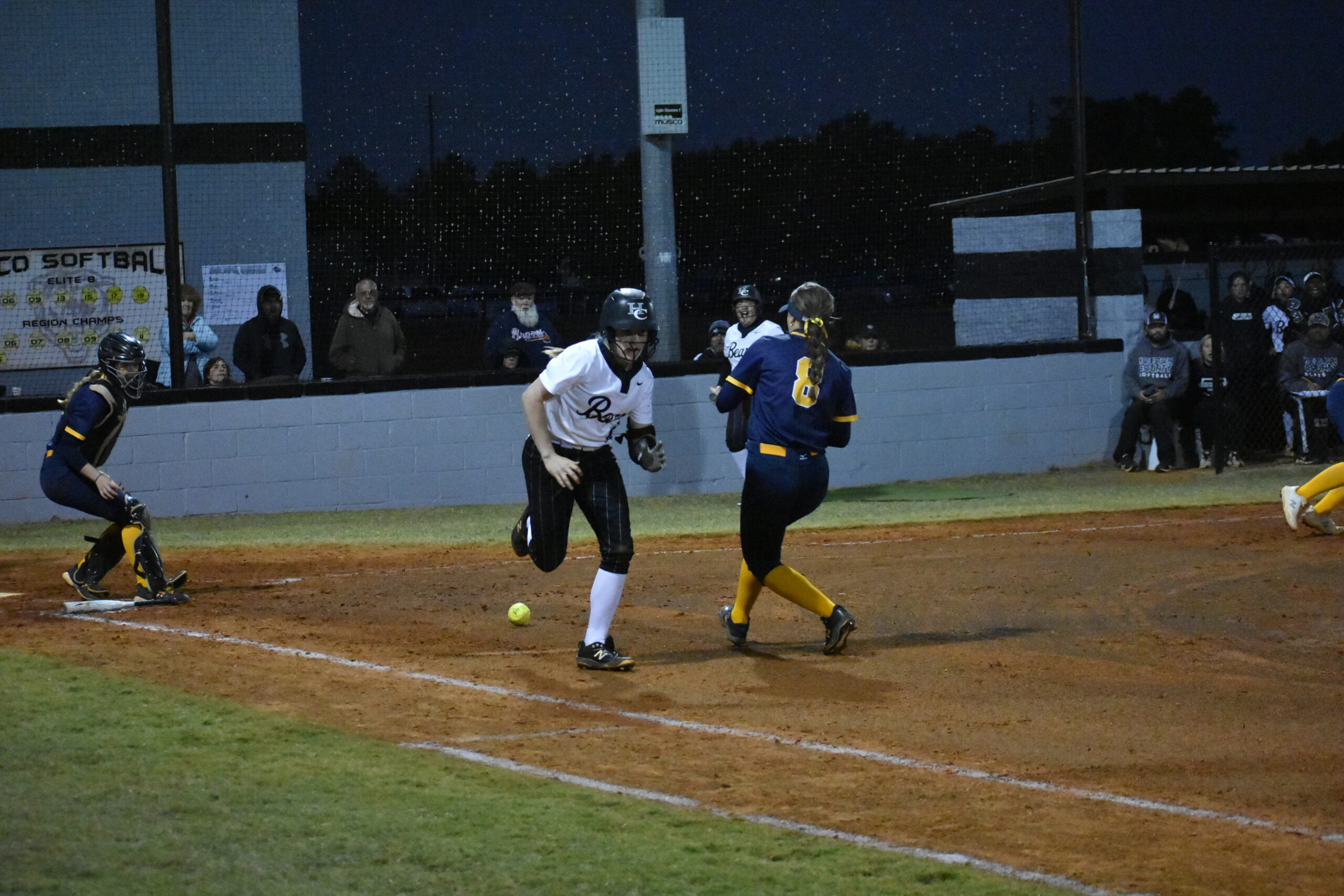 Houston County and Veterans each put itself in the driver’s seat for a trip to the Elite Eight of the state tournament in Columbus beginning Oct. 26. Perry still has some work to do.

The Lady Bears (26-5) and Lady Warhawks (18-10) did so with a sweep of opponents during the opening day of the Super Regional hosted by each. The Lady Panthers (21-7) won their first game but lost their second. They still have their shot, it’s just that they’ll now have to come back up through the loser’s bracket to get it.

Houston County won its first game 12-0 over Evans. It only took four innings for the Lady Bears to take care of business and with Ally Fleming on the mound, that effort was made twice as easy. She pitched a no-hitter. She also struck out four and didn’t walk a batter.

She was supported on offense with nine hits and by the likes of Ansleigh Darby, who went 2-4 – one of those a double – drove in two and scored two. Claire McArthur was 2-2 with two driven in and one scored and Ariana Pham was also 2-2 with a walk and two runs scored.

The Lady Bears scored one in the first, seven in the second, one in the third and three in the fourth.

The nightcap was a bit more challenging. The Lady Bears had to hold off a late surge by the Lady War Eagles for a 5-4 win. They led 2-0 after two and 5-1 heading into the fifth. Marist scored two that inning and one in the seventh – a homerun. It also had the tying run on first with two outs, but a groundout ended that threat and the game.

Houston County plays the winner – from the loser’s bracket – between Marist and Rockdale County (which lost 15-0 to Marist) or Evans. 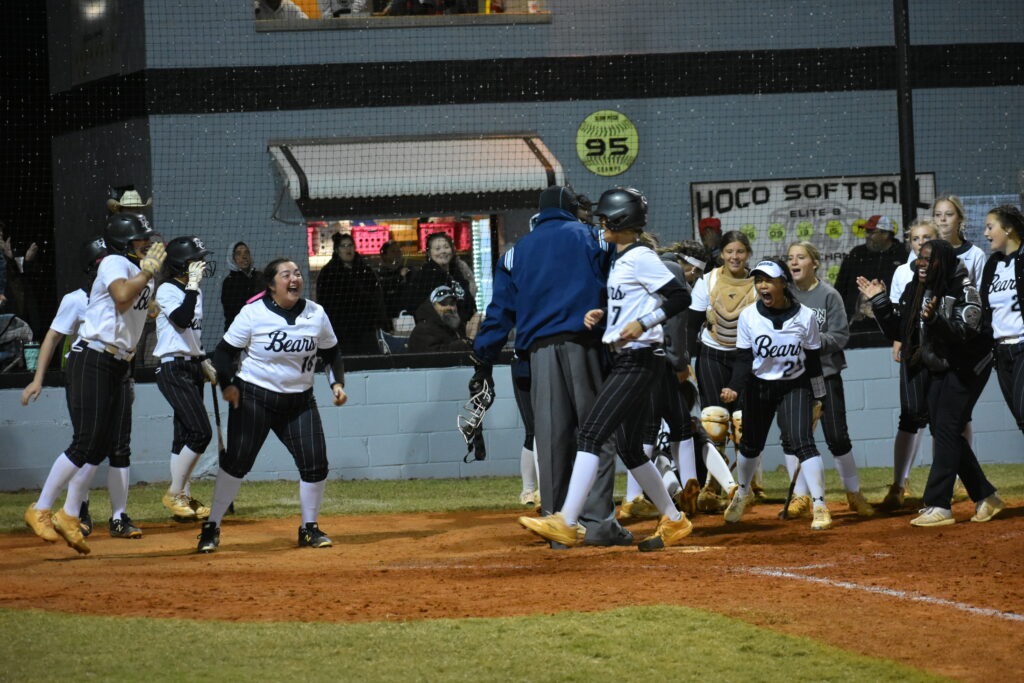 Veterans played Grovetown to start its first leg of the journey. It won 8-0. It took five innings to dispatch the Lady Warriors. Madison Bunnell earned the win. She surrendered only one hit, struck out four and walked one.

The Lady Warhawks scored four in the second, three in the fourth and one in the fifth while putting nine hits on the board.

Kharisma White was one of the leaders. She went 3-3 – one of those a homerun – with a walk. She drove in three and scored twice. Ali Eidson went 2-3. Trinity Glover only went 1-3, but it was a homerun and earned her a pair of RBIs. She also scored once.

Veterans beat North Atlanta in the nightcap 10-4. It actually trailed 2-0 after one, tied it in the top of the third but trailed again, 4-2, by the time the bottom half was over. The score stayed that way until the sixth when the Lady Warhawks jumped ahead with four. They added plenty of cushion with four more in the top of the seventh.

Eidson had two of those – one a homerun – in three trips to the plate. She also waked, drove in two and scored twice. Bunnell also had a homerun. It earned her three RBIs. She also coaxed a walk while going 1-3. She also pitched all seven innings, striking out six and walking two.

The Lady Warhawks will continue play today with a match against the team coming up from the loser’s bracket. 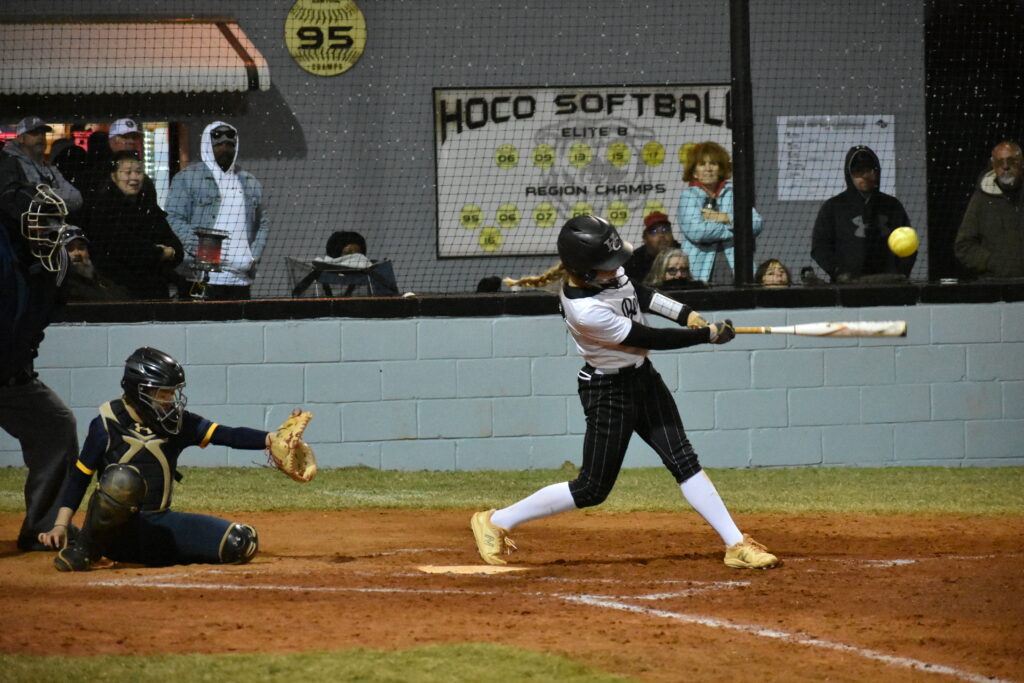 As far as Perry, it won its first game 20-2. That was against Westover and only three innings. The Lady Panthers scored five in the first and 15 in the second while out-hitting the Lady Patriots 16-1.

Ella Dowd earned the win. She pitched two innings, struck out four and walked one. Chloe Davey also tossed one inning in relief.

Wayne County, in winning the nightcap 9-5, got out to a 2-0 lead after one and then doubled it after two. The Lady Panthers rallied back to take the lead in the fourth, 5-4, but the Lady Jackets answered with three in the bottom half of the inning and then added lone runs in the fifth and sixth. They out-hit Perry 9-3.