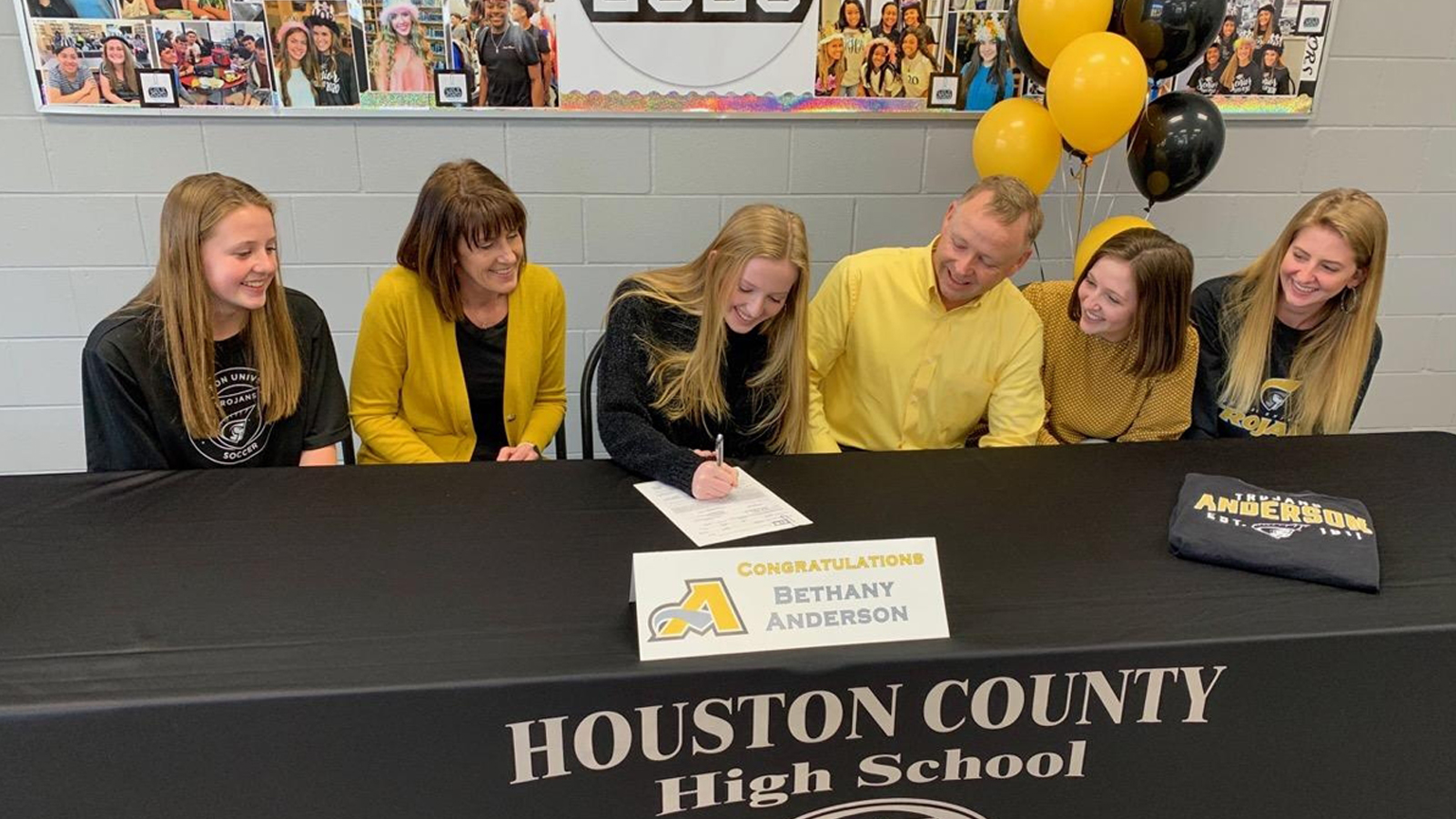 “Knowledge for the journey.”

That is the pledge of Anderson University, as stated on the website of the South Carolina school. It includes: “Knowledge to discover, build, serve, create, succeed, and innovate.”

For Bethany Anderson, it also includes the ability to increase her knowledge – and skill – in the sport of soccer. That’s because the Houston County senior signed a scholarship to go there. That took place Friday at Houston County.

Anderson is a four-year varsity player. She was also an All-Region Honorable Mention her freshman and sophomore years … “and didn’t even play most of her sophomore year due to a broken collar bone,” said Coach Abigail Layfield. She was All-Region First Team this past year, selected to play for the DiVarsity team, also this past year and has played on the Georgia Olympic Development Program team for the past three years.

Anderson began playing soccer at 8. That was through the Central Georgia Soccer Association. She moved from “academy through the select program and into the National League,” Layfield said, adding: “She played under Brenton Saylor, Brianna Wolfe, Seth Semones, Ashley Kirk and most recently Jason Kirk.” (Semones and Kirk were at the signing.)

“She has always played Holding Mid or Center Defensive Mid, but has also played attacking mid and even forward when she played with Ashley,” said Layfield.

So far, with the new season under way and four games in, she has scored two goals and had two assists.