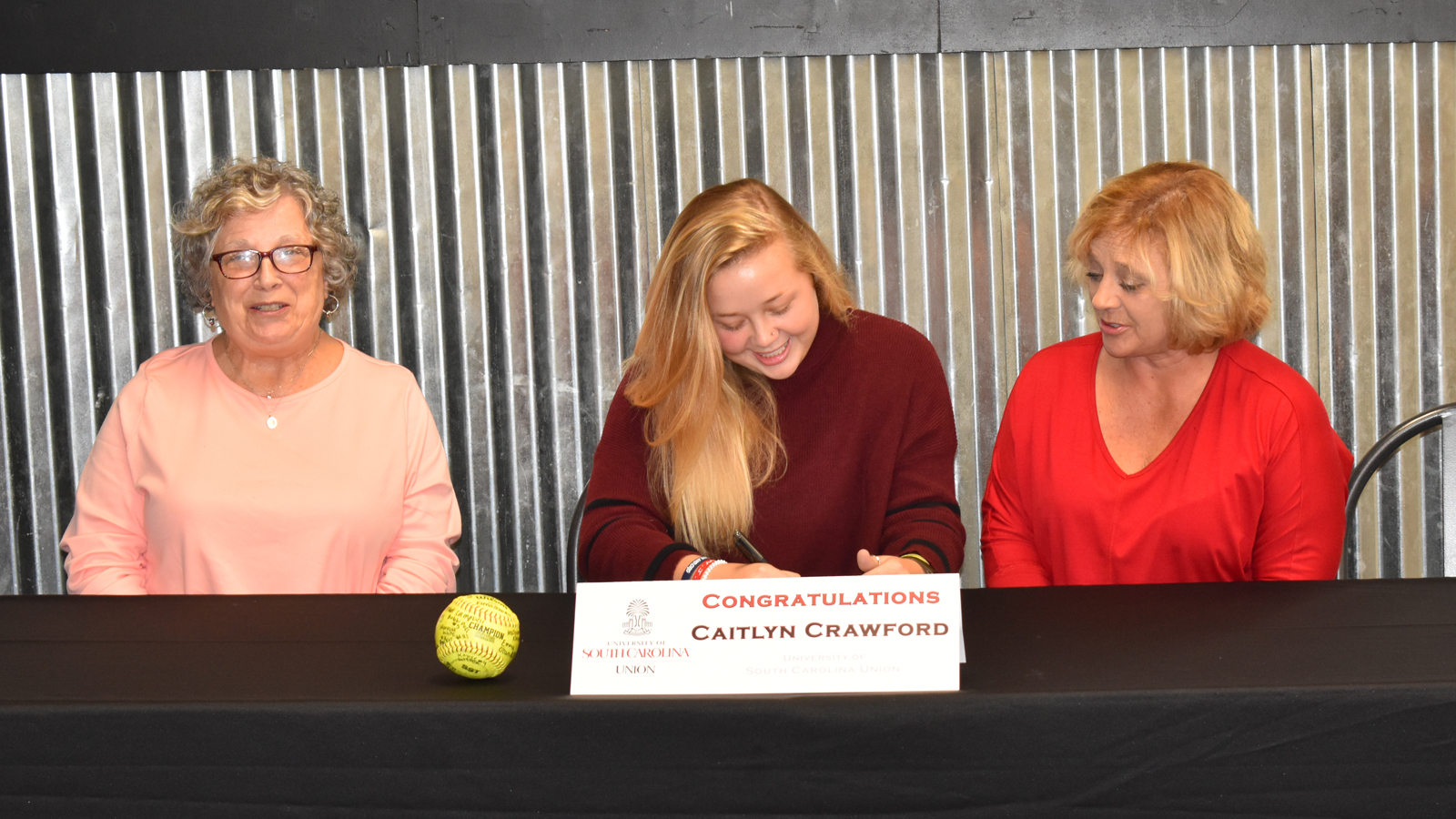 A favorite memory for Caitlyn Crawford?

How about the time during her sophomore year when she was hit by a teammate’s line drive … one that took her feet out from under her and had her fellow Lady Bears in stitches. “Funny trip-ups like that,” she said, reflecting on the aforementioned and others positively due to their ability to build camaraderie.

Of course the Houston County student-athlete will take thousands more memories with her to the University of South Carolina Union, but that’s just one that readily came to mind Wednesday when she signed a Letter of Intent to continue her education and softball at the college.

Crawford said she chose the school – just starting its third year of softball when she gets there – following a visit in August. “I had a few options,” she said – Andrew College was one. “But I really liked the coaches and the program (at the University of South Carolina Union). So on my way back, I called the coach and said, ‘Hey, I’m going to come (there)’.” (Note: It also helped that she is able to take her “best friend” her dog with her.) 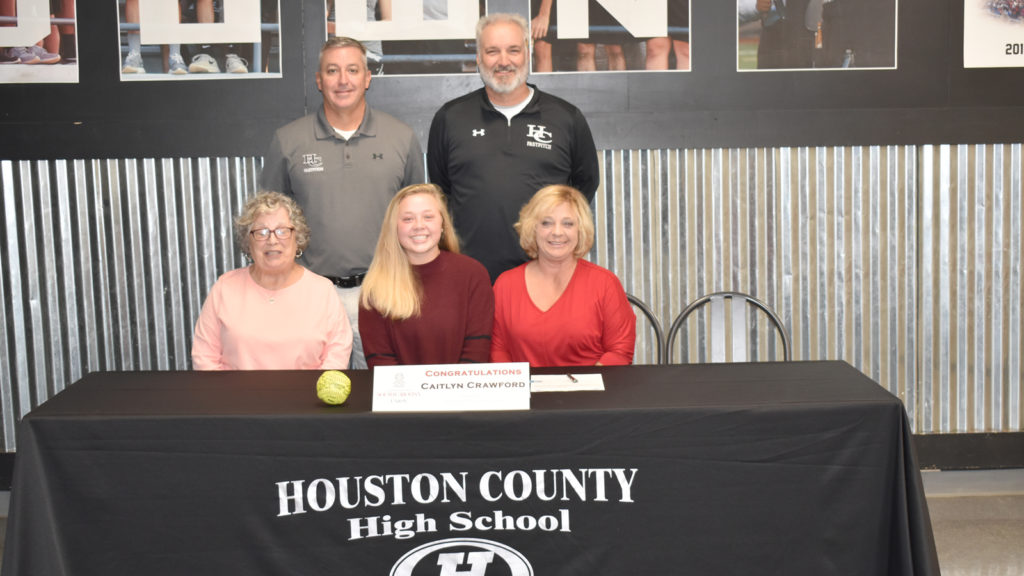 Crawford, who came up through T-ball and Little League – she was even coached for about four years by her brother who is 10 years older – finished this past year hitting .667. She had an on base percentage of .750 while helping to lead Houston County to a 24-11 record and a trip to the Elite Eight at the Columbus Softball Complex.

Two things she said coaches like about her game are her bat and her fielding (1.000). One of things she said they’ll focus on at the college level is the latter of those. “Being more of a power hitter than a placement hitter,” she said.

Short-term, Crawford said she plans on majoring in sports medicine – one of the things new Head Coach Lee Kicklighter “applauded” her for during the signing was “planning and getting your future in line.”

Long-term, she said she plans on following in her mom’s footsteps. That is, joining the Air Force – possibly in the medical career field. 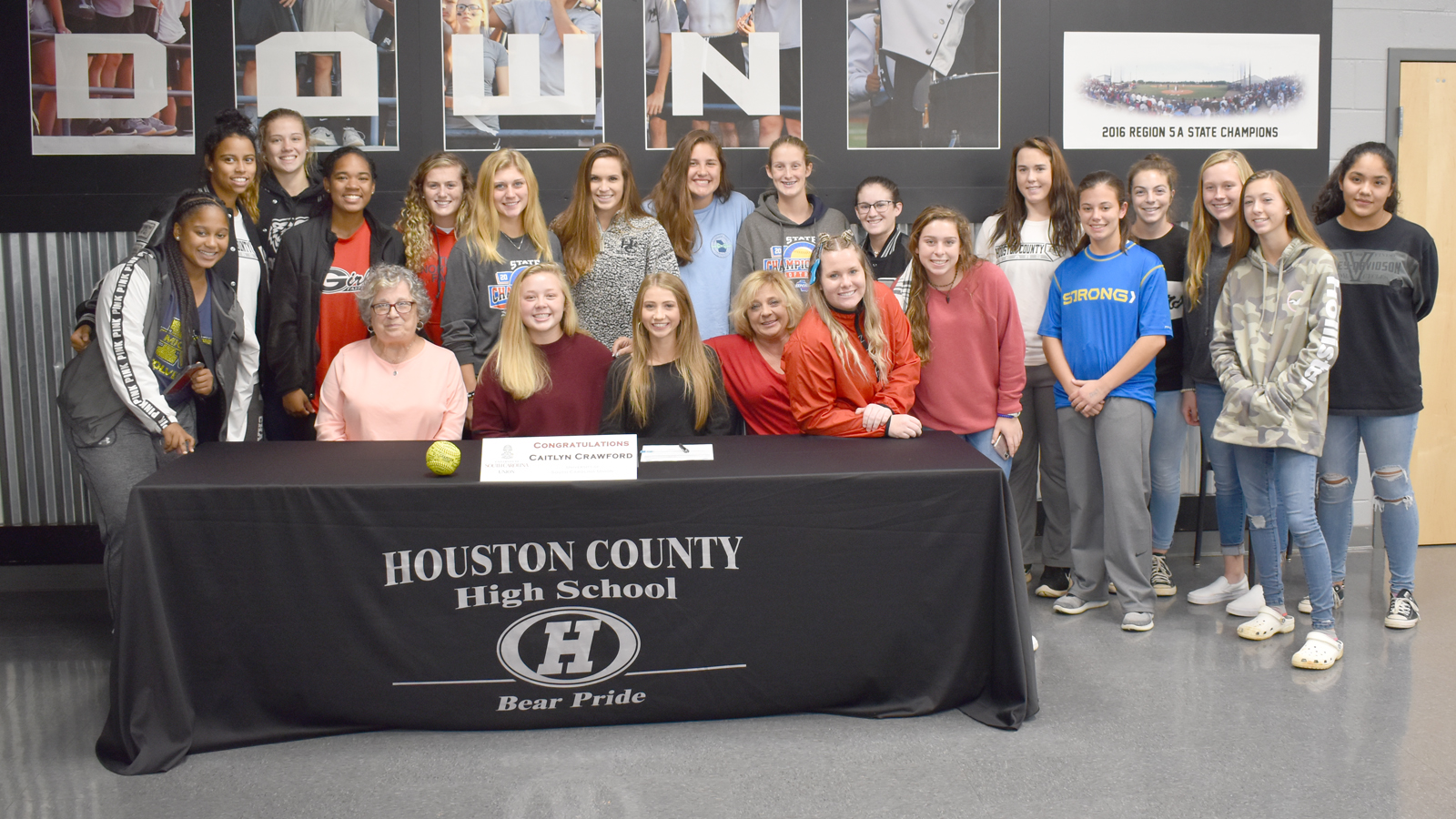