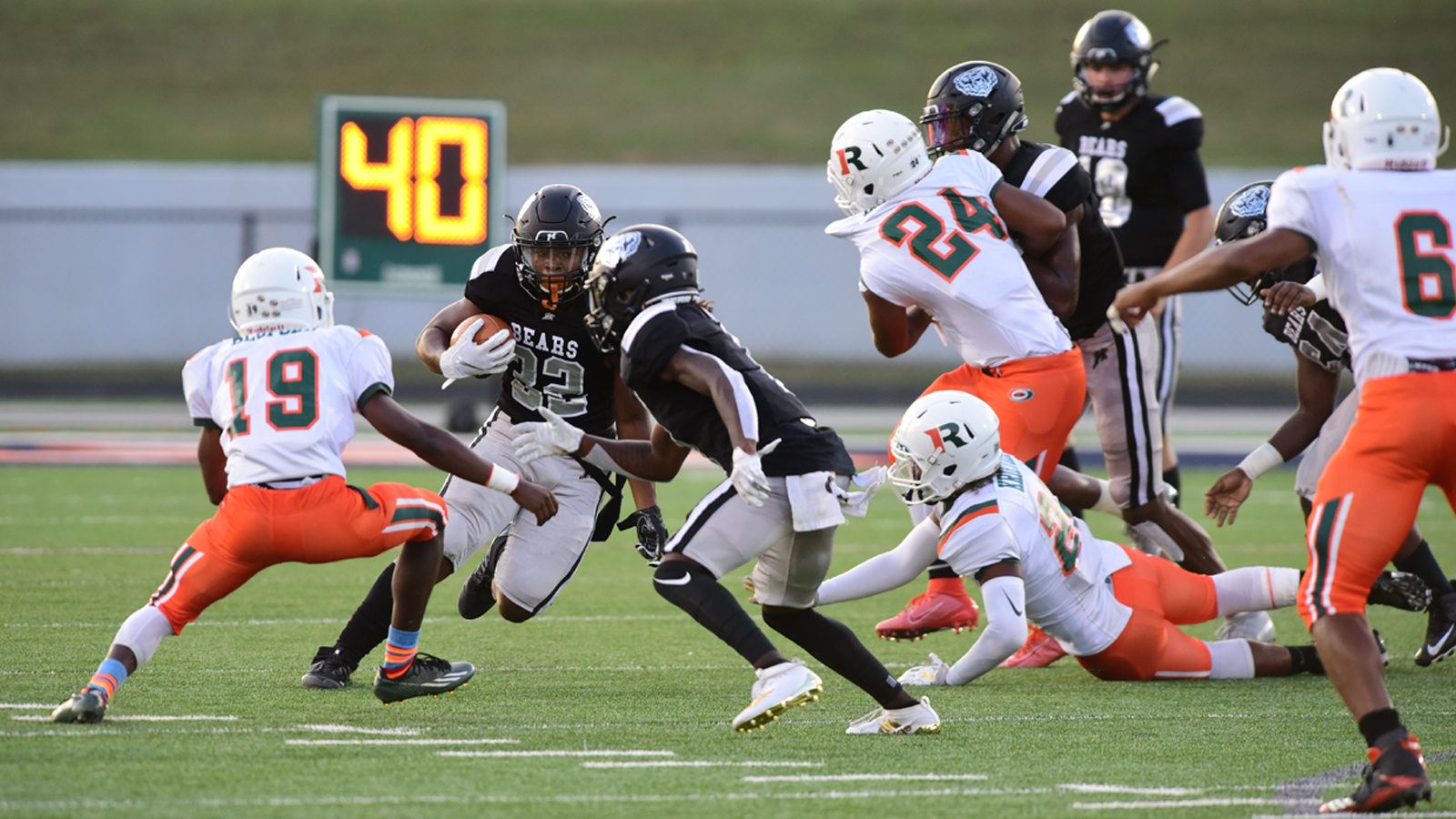 Then again it didn’t give up as many.

All told it was, like last year’s 62-17 win over Rutland, very dominant and very much over early.

This time around, Friday and in McConnell-Talbert Stadium for the first time in a long time for the Bears, it was 54-0.

Houston County, in piling up 410 yards of total offense, and that was with a running clock the entire second half, led 30-0 after one and 47-0 at the half. It only had one possession in the third quarter – see: running clock – but still turned that into a score. It also only had one possession in the fourth – lots of subs had an opportunity, beginning as early as the second quarter – and might have scored on it as well, but decided instead to just work on the clock.

Jalen Mills, on a 45-yard pass from Max Rigby, got the Bears started. There were also several 10-plus yard runs by Corey Chaisson on that short, four-play, drive. Chaisson finished with 125 yards on seven carries. He also had a touchdown run of five yards early in the second. Rigby was 11-of-16 for 160 yards.

A safety provided Houston County’s next two points. A 19-yard pass to Kyah Plummer accounted for the third score. A one-yard run by Eric Williams – with Luke Rigby’s points after added in – made it 23-0.

Williams then scored again, this time from the seven.

Rigby’s 28-yard field goal made it 47-0 and finally brought the first half to a close.

Finally, Caleb Kenney finished off the scoring on a four-yard run.

The win also improved their record to 3-0, while dropping the Hurricanes, which snapped a 23-game losing streak to start their season, to 1-1. 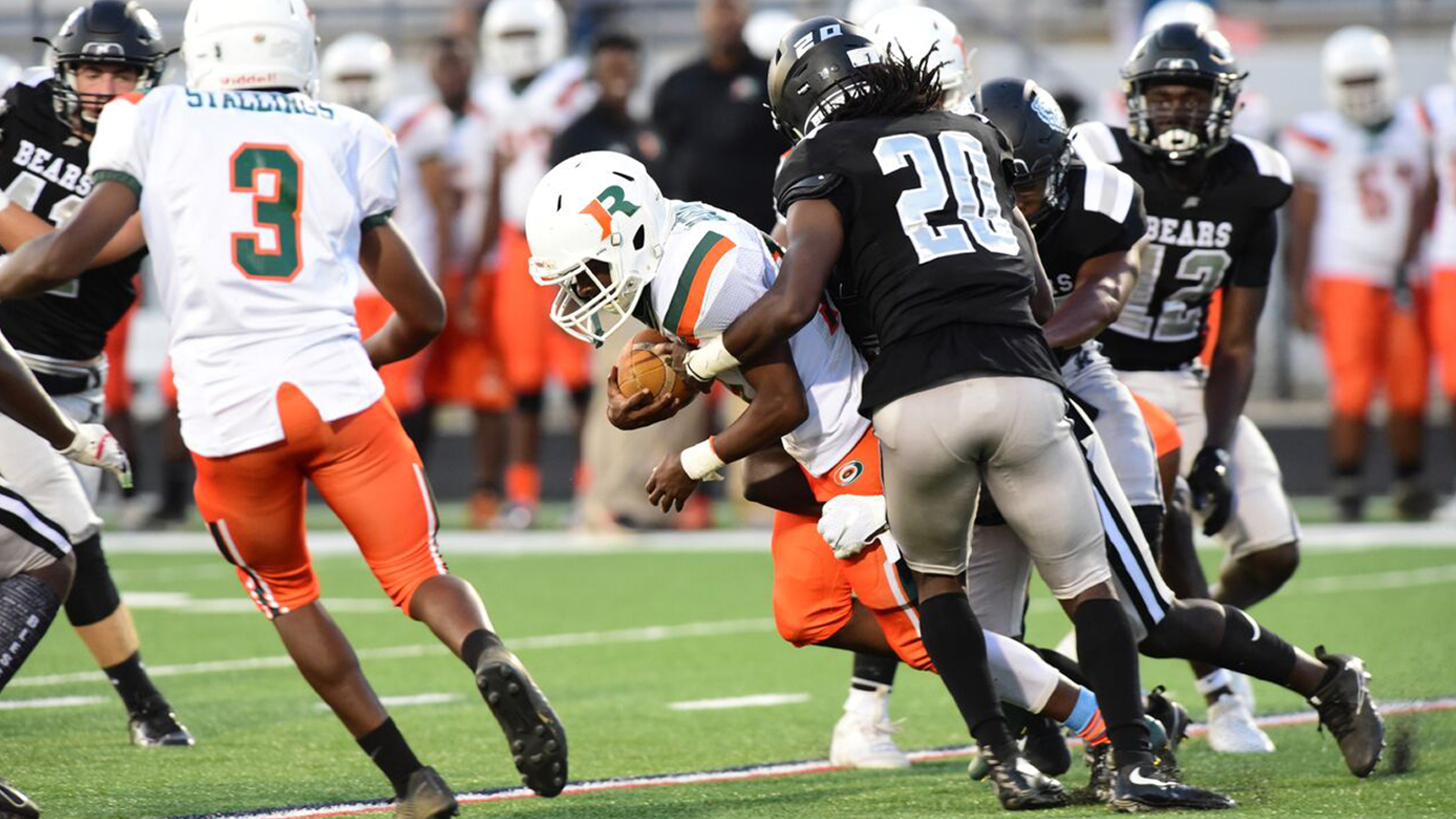 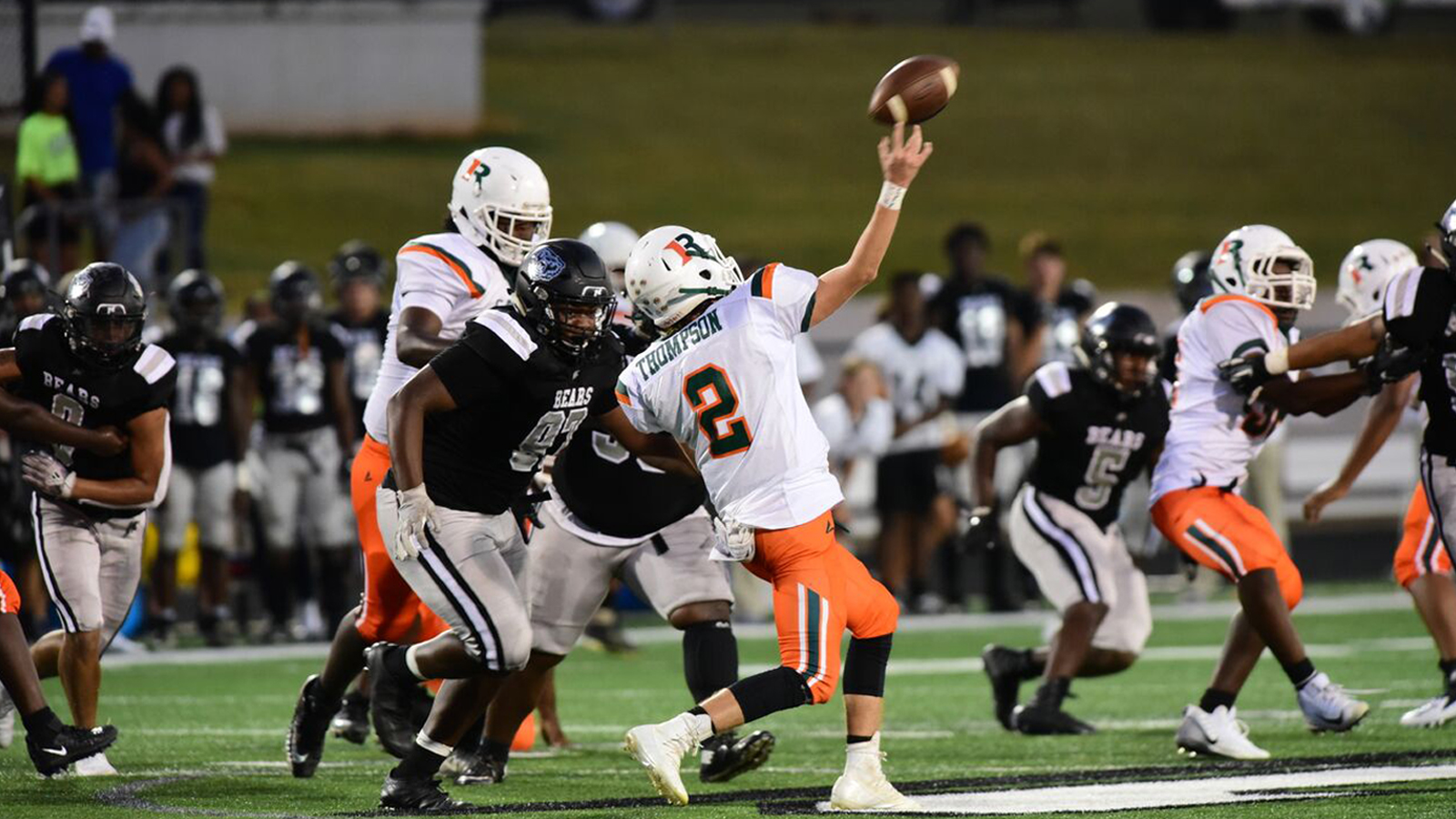