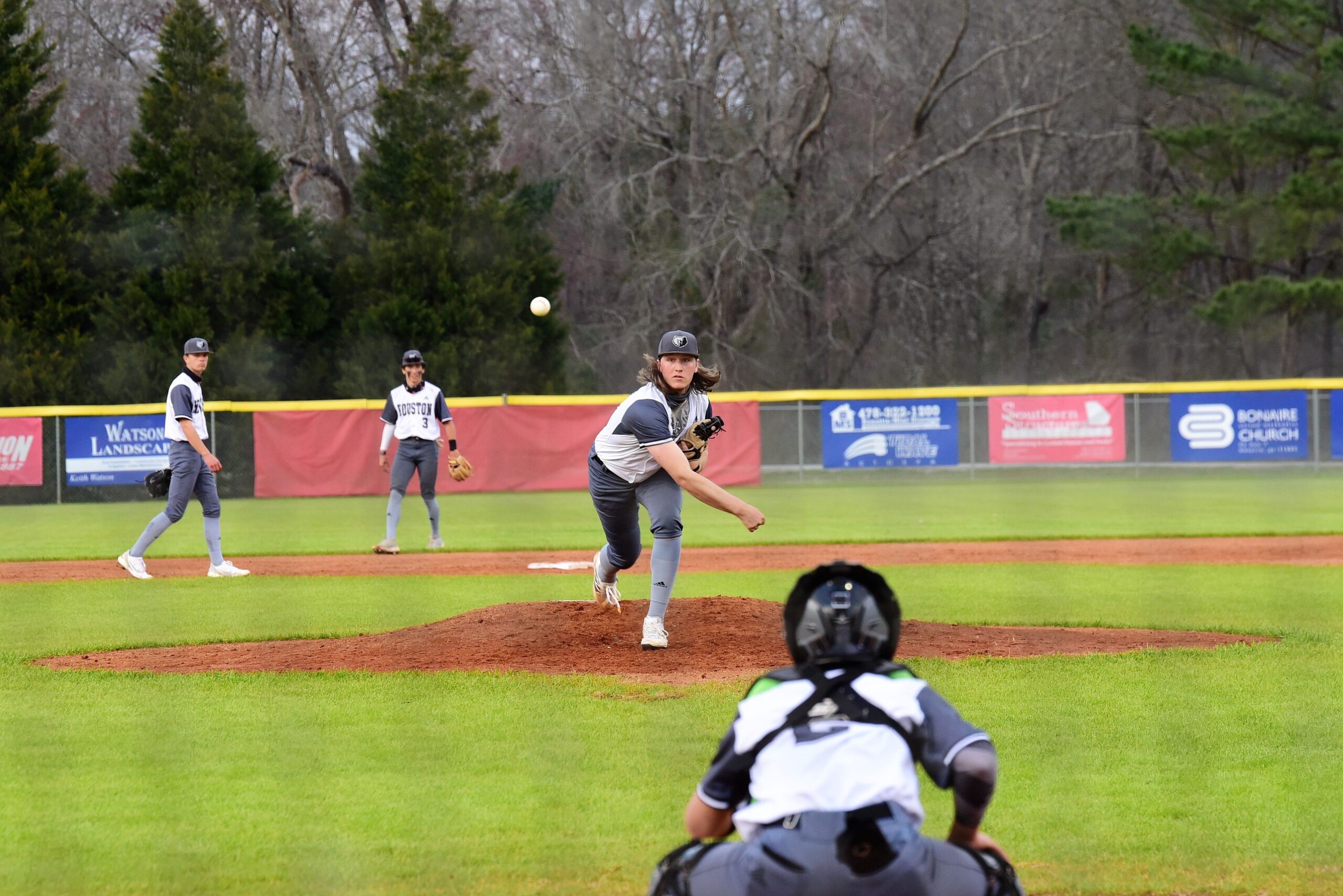 It sounds a bit off kilter to say Houston County was looking to get back on track. After all, the Bears started the baseball season by winning their first seven games. Nevertheless, when they faced Veterans on the road Tuesday it was on the heels of a two-game skid. Granted both of those losses came in a doubleheader to Parkview Saturday (12-8, 9-4), still back-to-back losses are back-to-back losses.

The Warhawks on the other hand, came in winners of three of their last four. 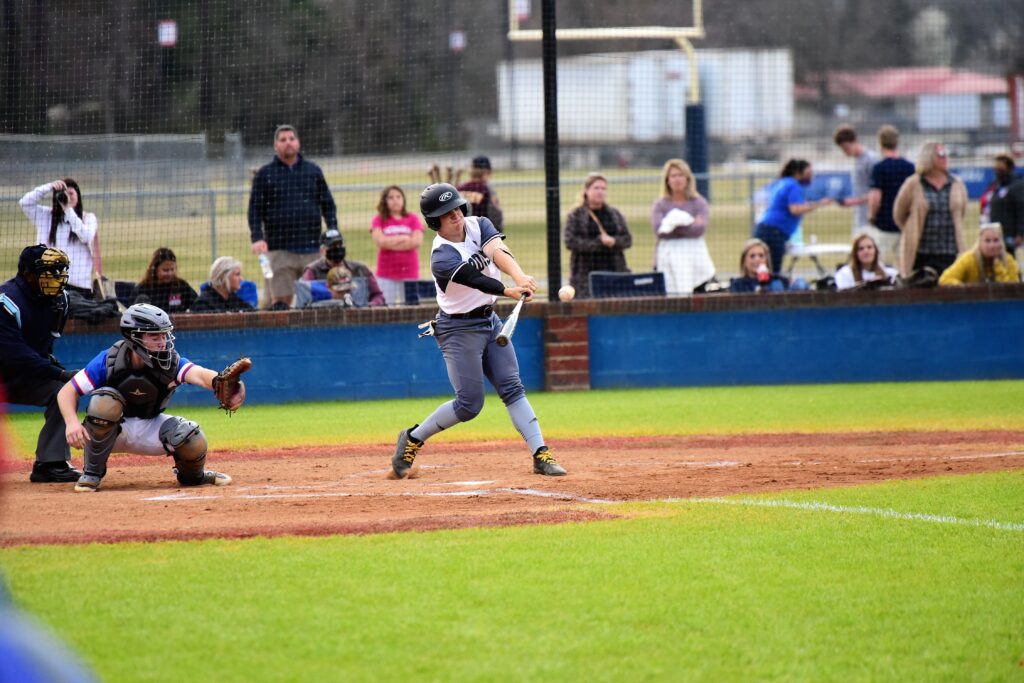 This time it was a two-run first and second, a four-run third and an 8-0 lead. A pair of walks helped set the stage for the first two runs; a ground out got one in and a wild pitch the other.

Christian Davis’ sacrifice fly, coupled with an error – one of six Veterans was charged with – and a passed ball brought in Kaden Galason, who had singled to start the inning, and made it 3-0. G Harrelson’s RBI single brought in Chris Le, who had also singled, and made it 4-0. Three straight singles – Andrew Dunford, Trent Ringer and Galason – made it 5-0. An error enabled two to score and T Hughes’ single made it 8-0.

The Warhawks took advantage of a walks and a groundout to push three across in the fifth, but Galason’s double entrenched in the middle of a single and walk helped break it out. Houston County scored six times that inning.

In all it put 12 hits on the board. Veterans managed only two.

Galason finished 3-4 and also scored twice. Davis was 1-3 with two driven in and Le was 1-2 with two RBIs and two runs scored. Ringer went 1-3 with a walk, drove in one and scored twice and Dunford was 2-4 with two scored.

Clifford Pless was 1-2 with a walk to help lead Veterans. Teammate Jamie McDaniel was also 1-1.

Four Bears pitchers worked the game. Brodie Chestnutt worked the most, three innings. He gave up a hit and struck out eight.

Three Warhawks took it on the chin opposite. Tanner O’Neal surrendered four hits and four hits in two innings of work. Brent Robinson was hammered for six hits and seven runs in three innings of work and Dominic Bradford got charged with two hits and three runs in one inning of work.

Houston County improved to 8-3 with the win. Veterans dropped to 3-4. 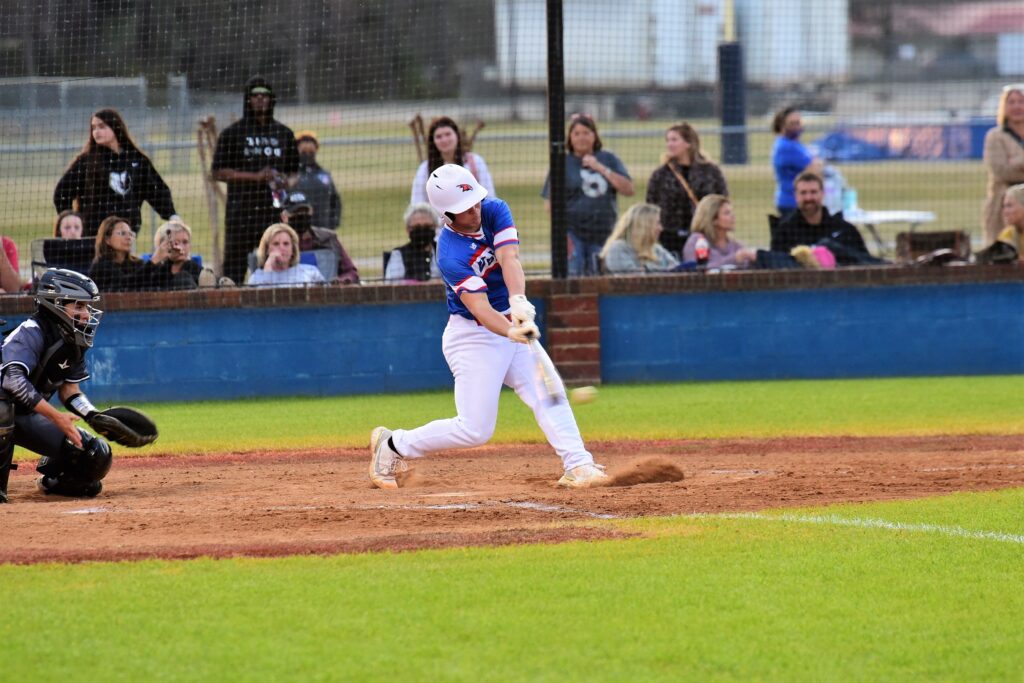