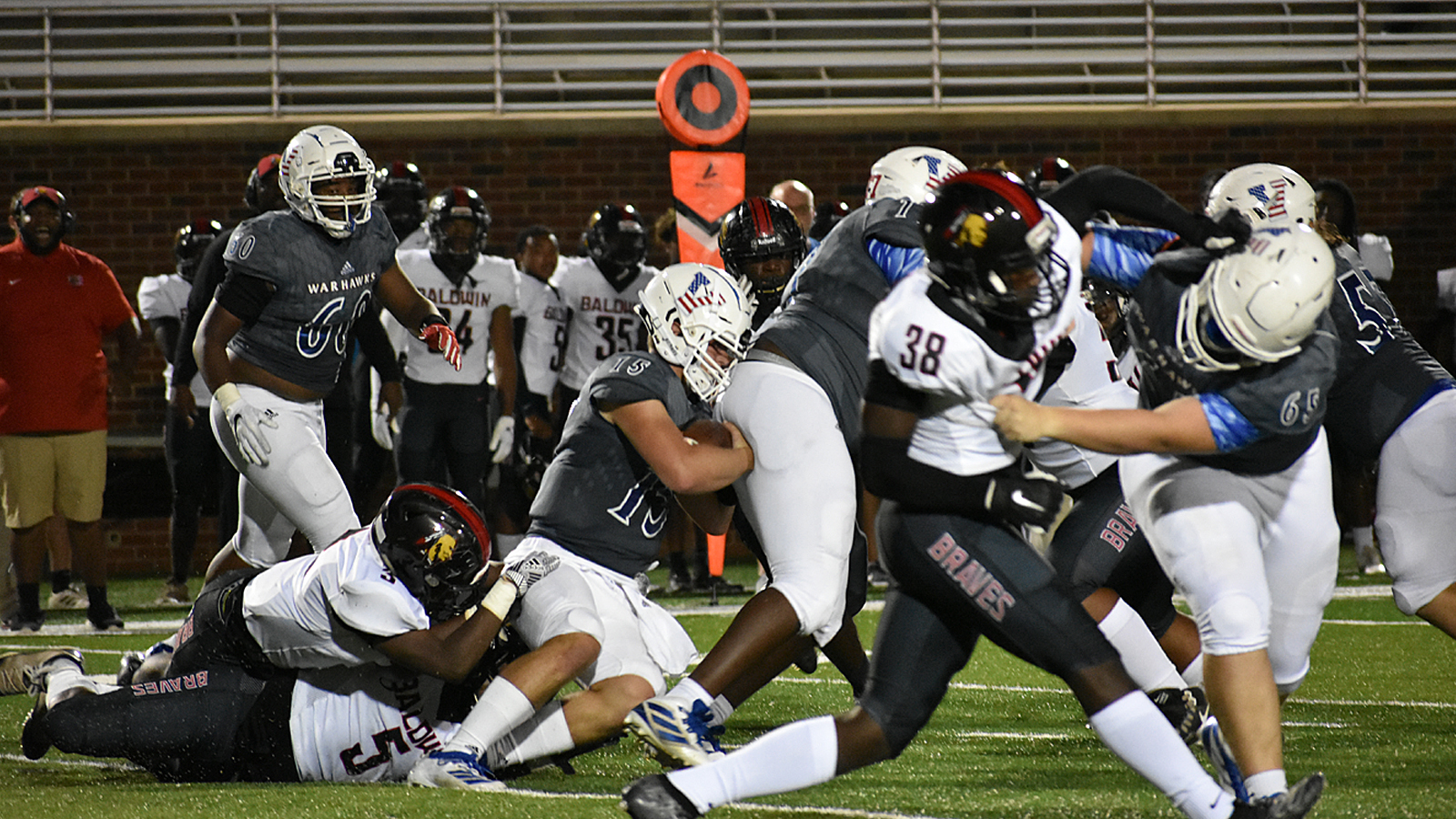 Something about when Veterans and Baldwin get together.

The Warhawks play their best ball in the first and fourth quarter. The Braves play theirs in the second and third.

Veterans, in the fourth, made it 33-16 before Baldwin scored its last drive; the Warhawks held the ball last and ran out the final seven minutes.

Lebron Fields, on a 24-yard pass from Blake Ethridge, and with Daniel Gibbs’ point after, made it 7-0 on Veterans’ second possession of the game. The first ended in a punt, but a recovered fumble helped set up the score.

Gibbs, on a 22-yard field goal made it 10-0. Following a Braves punt, Veterans closed the 57 yards needed in just a handful of plays and scored on Lebron’s three-yard run.

Baldwin added a 30-yard field goal from Lucas Webb. That was matched by a 44 yarder from Gibbs.

The Braves were forced to attempt a punt again on their next possession. “Attempt” is the right word, because it was blocked. Kamron Smith recovered it in the endzone for the score to make it the aforementioned 26-3. That was with just over three minutes left in the half.

Baldwin then struck on an 81-yard pass play, and following a big punt return, added a 37-yard field goal.

Then it was a 30-yard field to end the first drive of the third quarter. Veterans did attempt a 40 yarder in answer, but it was no good.

Finally, the Warhawks put together a drive to start the fourth that covered the distance and ended with a 10-yard touchdown run by Fields.

Veterans, in improving to 3-0 and dropping the Braves to 0-3, finished with 158 total yards of offense. Baldwin had 128. 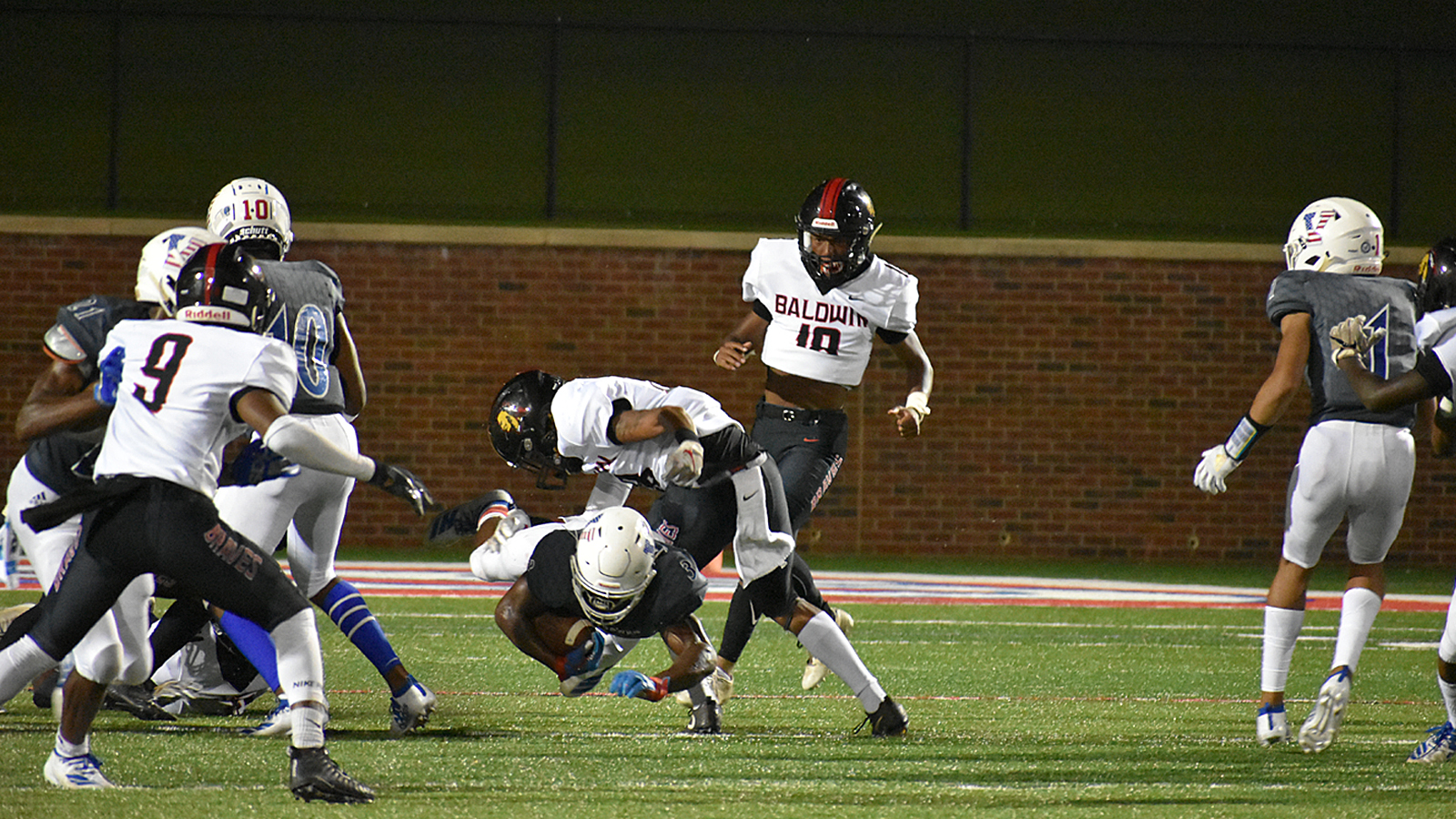 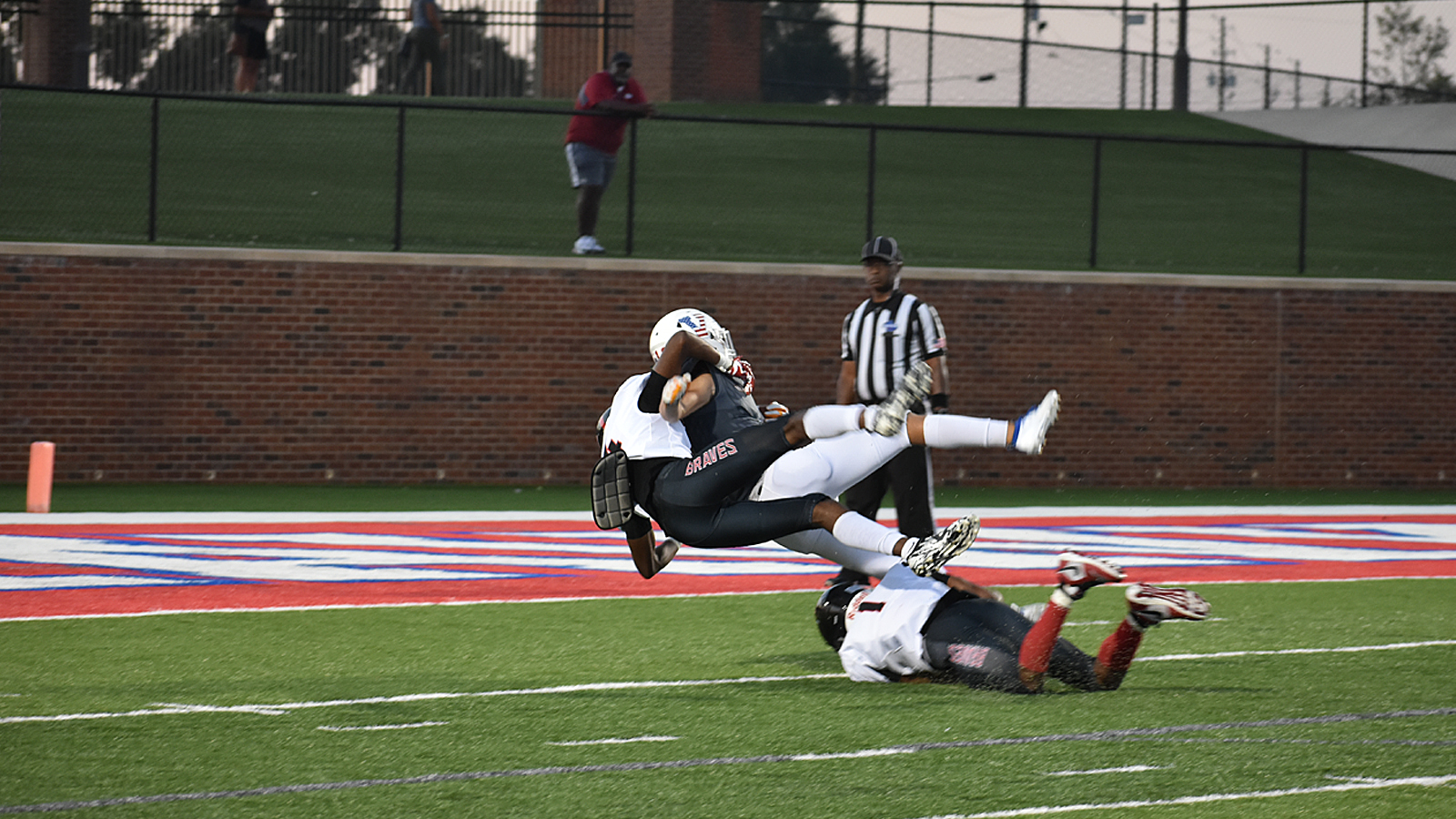