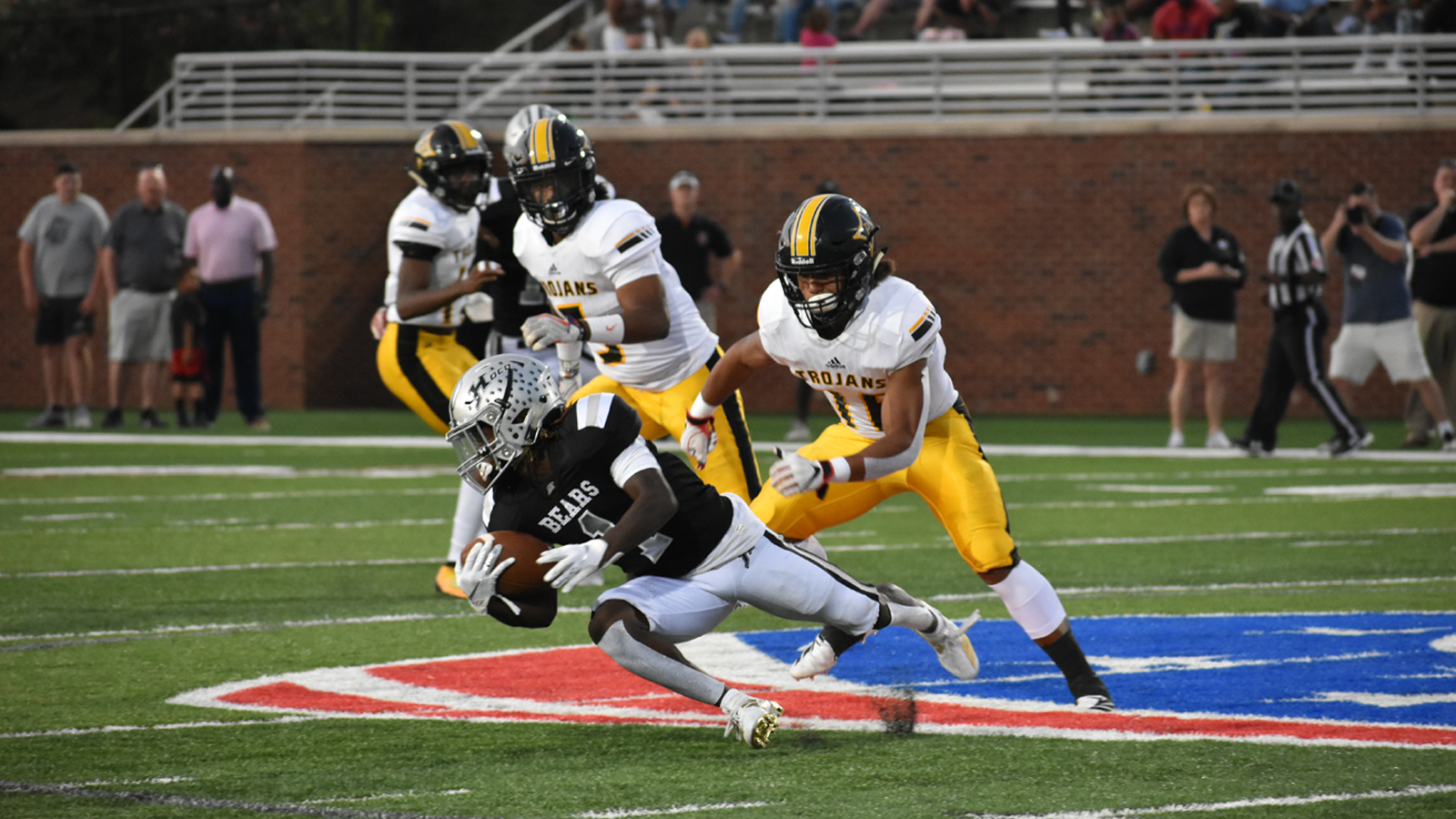 No guts. No glory. That’s what they say … and now they’ll add: That’s how the Bears play!

Faced with the decision of going for an extra point or taking a chance on two, Houston County Head Coach Ryan Crawford didn’t flinch. Up went two fingers. In went Jalen Mills on a three-yard pass from quarterback Max Rigby. Out went word that this team had just stunned Peach County, 32-31, in overtime.

The Bears, now 4-0 to the Trojans’ 2-1, didn’t just show it in the end. They spilled them out everywhere from start to finish.

Peach County – it bears mentioning, 40-17 winners over back-to-back state champs Lee County this past week, and 21-13 winners over Northside the week prior, and also ranked No. 1 in AAA – started the game with a 15-play drive and score.

The Bears looked to match that on their first possession, but lost it heading into the endzone from the three.

The Trojans made it 10-0 on Jonathan Lupian’s 48-yard field goal – the game transitioning into the second quarter on that drive.

Both punted before Houston County put together a 10-play drive that went 73 yards and ended when Rigby found Isaia Harris on a seven-yard touchdown pass. Luke Rigby made it 10-7 with just over three minutes left before the half.

Both moved the ball some following but both were forced to punt, and go into the locker room with no more added to their total. 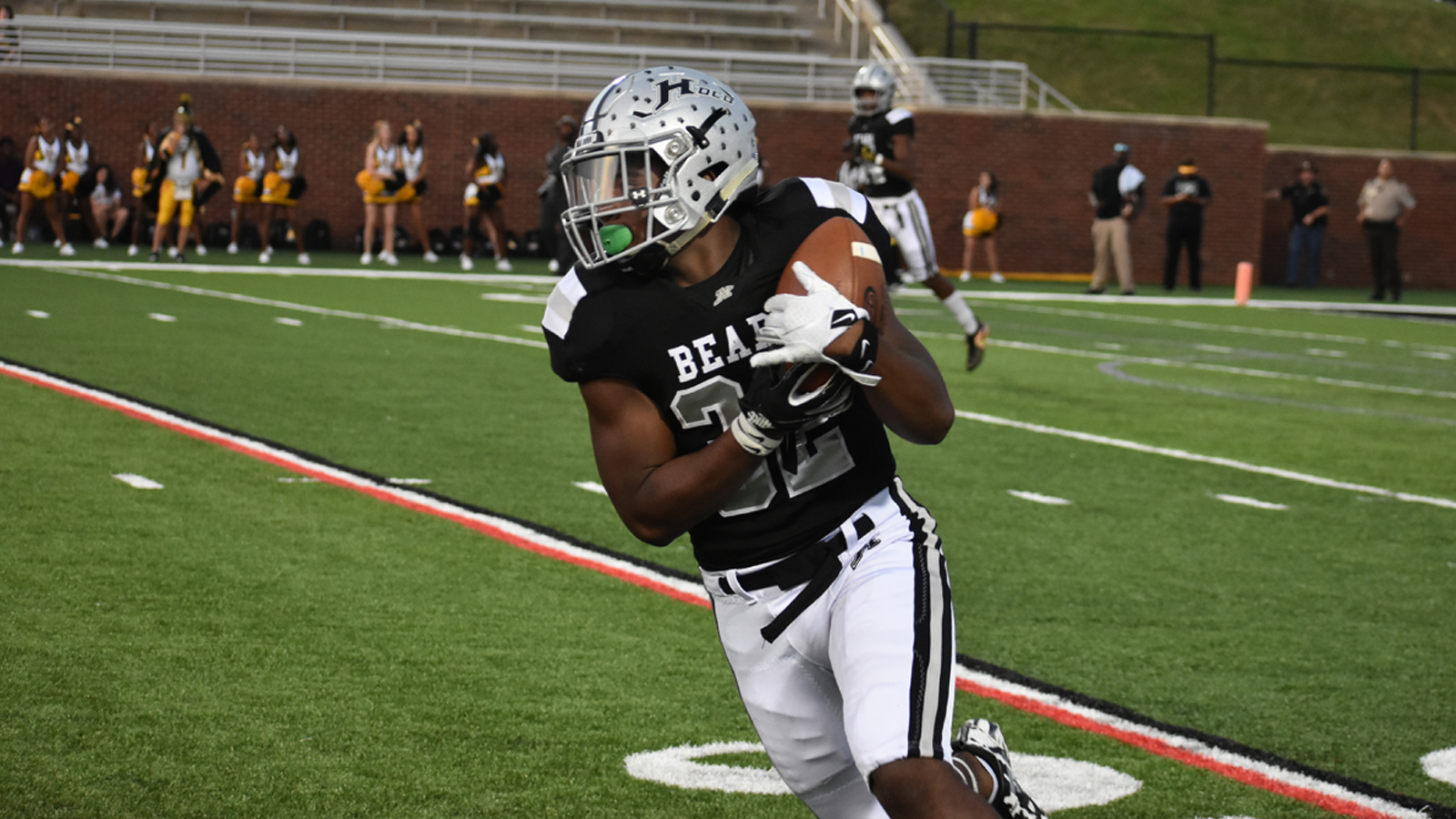 The Bears did, however, score and tie it to begin the third. They started on their own 20, came up short on a third down just inside the redzone and settled for Rigby’s 36 yarder.

That appeared to wake Peach County up – if they didn’t think Houston County meant business, they knew it by then. The Trojans’ response was to score back-to-back. The first was on a nine-yard run by Noah Wittington to finish off a drive. The second finished off a 97-yard drive to make it 24-10. That also came with less than a minute left in the third.

The Bears, who edged Peach County 135-120 in total yards in the first half – 124 of that came via Rigby in the air – scored on a one-yard run by Eric Williams following.

Cam Stewart recovered a fumble on the Trojans’ next possession to set up another score. It was recovered on the 29. Leeshoen Jarrett scored a few plays later and with Rigby’s point after tied it up.

That came with 8:10 left to play. Both took two turns at it from there but were eventually forced to punt and set up overtime.

Peach County took it first during the extra period and scored on four plays. The Bears took three plays before Williams ran it in from the one.

Again, up went the fingers, in went Mills, out went word and “on” Freedom Field the celebration began! 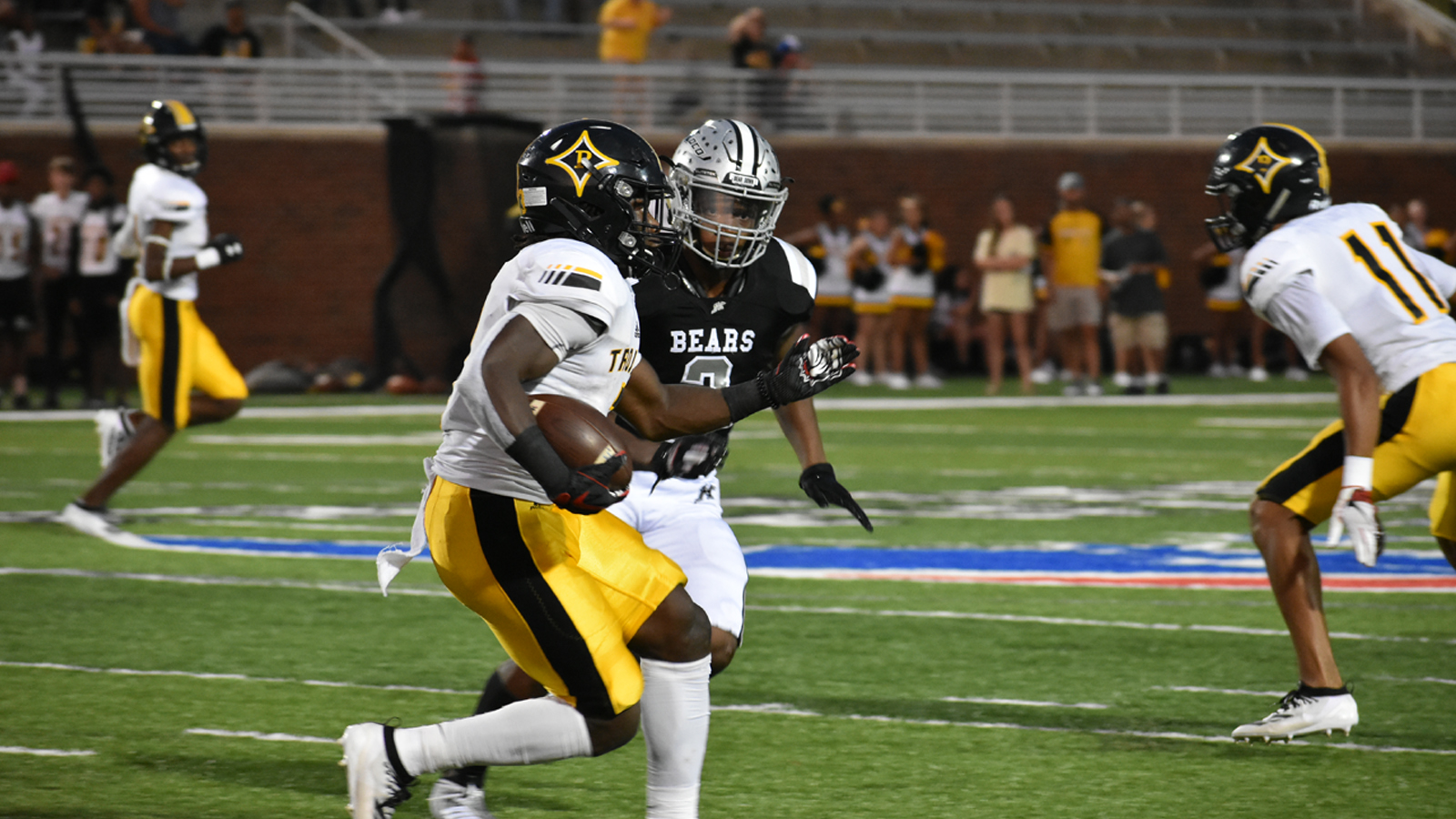