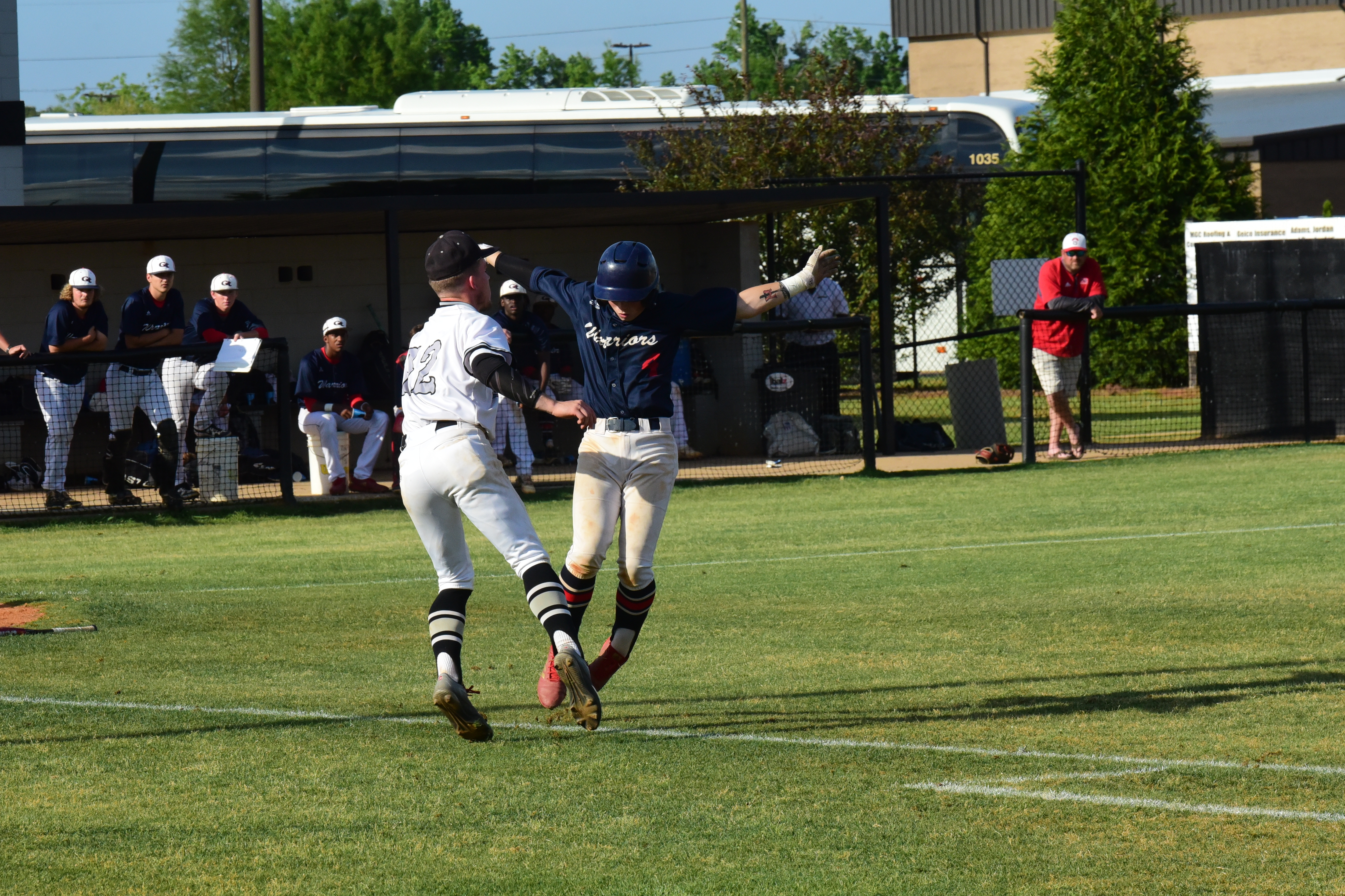 Houston County moved yet one step closer to its third state championship. (Which would be its first in AAAAAA; the other pair in AAAAA.) The Bears did so with a sweep of Grovetown. They won the first 7-3 and the second 14-4. Both went seven.

Houston County will next play Harrison. (Both are No. 1 seeds so they’ll have to determine which is home.) Harrison also swept its series with South Paulding, 11-1, 9-7.

The Bears (23-10 and counting) won over the Warriors (15-10 and done) the same way they’ve been winning – with great pitching and an offensive onslaught.

Two pitchers, Chandler Dawson and Coleman Willis combined for six hits in Game 1. Two teamed up for a four hitter in Game 1. They were Jaden Woods and Dylan Tabor.

Woods worked three innings of one-hit ball. He struck out five and walked six. Tabor took care of the other four. He also surrendered four hits, struck out six and walked 10.

Offensively, Houston County scored one run in the bottom of the second. Grovetown pushed two across in the third to go up 2-1. That was to be their last hurrah so to speak. The Bears tied it in the bottom half of the inning, went ahead with two in the fourth and added a trio to the lead in the sixth.

They were led by Jeremy White, who went 2-3 and drove in two. Jacob Profit was also 2-2 with an RBI and run scored, Tabor 1-2 with a walk and RBI and Cameron Jones 1-2 with a pair of walks and two runs scored.

The Bears scored three in the first and one in the second to get out front 4-0 in Game 2. The Warriors cut it to 4-1 with a run in the bottom of the second. Houston County answered that with one in the fourth. Grovetown answered that with three to make it a one-run game, 5-4, but then the Bears exploded for seven runs in the fifth. Their other two came in the six and seventh. All told, they had 17 hits.

Jones and Profit accounted for six of them – three each in four trips to the plate. Jones drove in four – he also walked once – and scored twice. Profit had one RBI and also scored twice.

Jaden Woods also drove in four while going 3-4 and Corbet Luna drove in a pair and scored once while going 1-3 with a walk.

Elsewhere, Perry’s run in the playoffs came to an end at the hands of Northside, Columbus. The host Patriots swept the Panthers 8-1, 11-3. 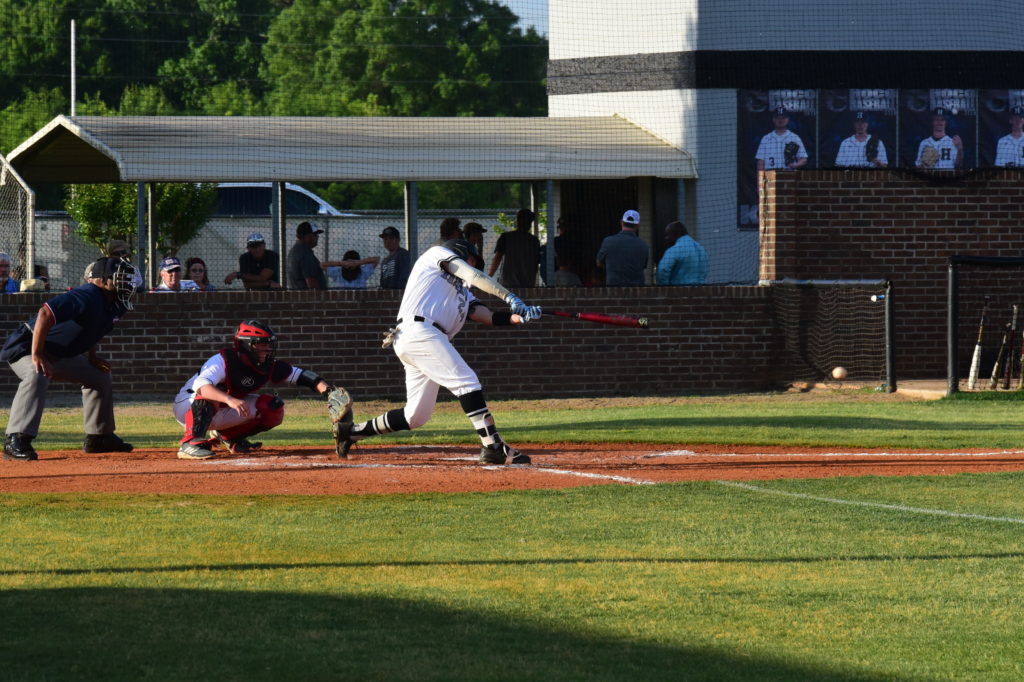