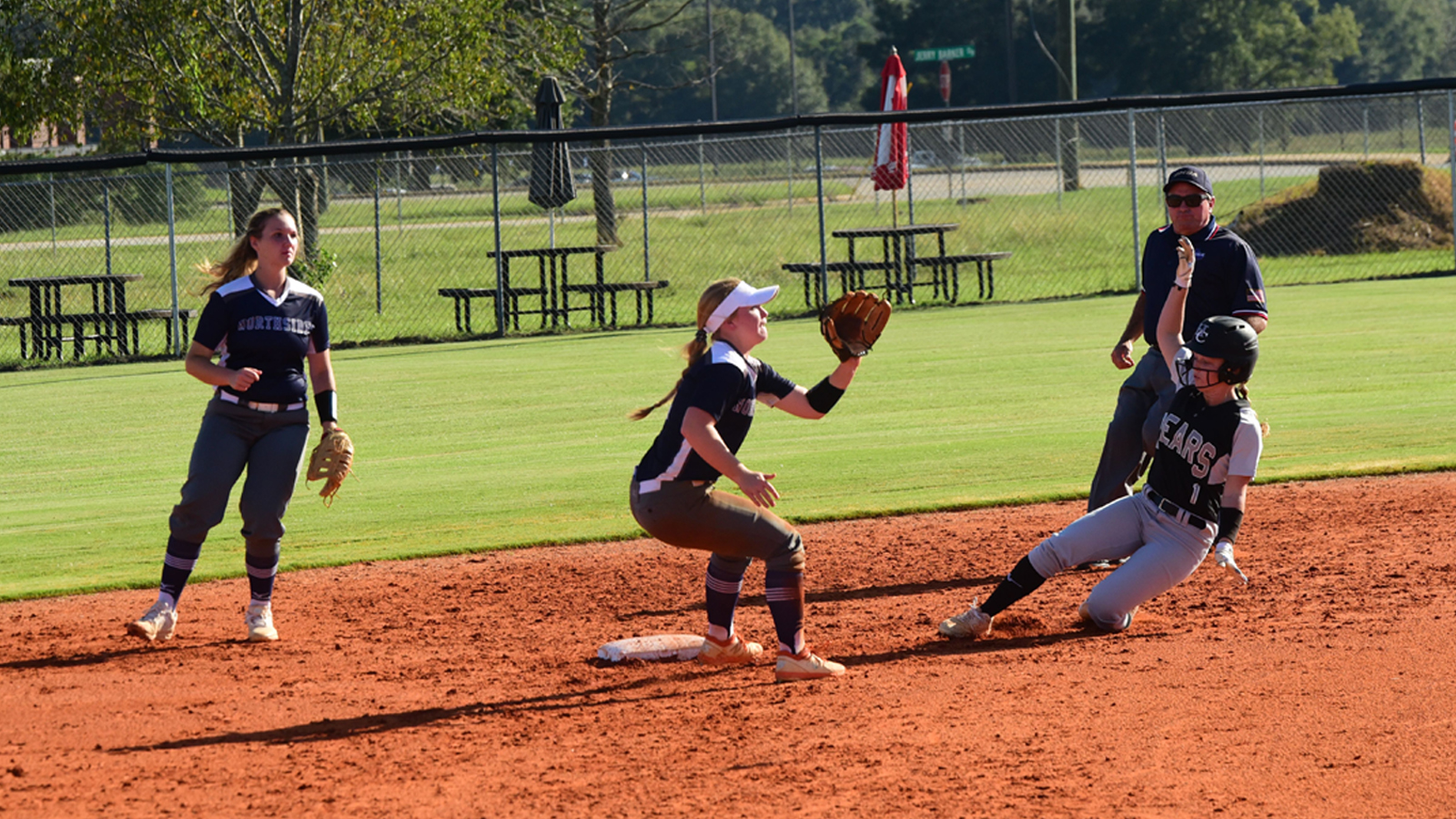 Abbie Havard’s walk-off single in the bottom of the ninth gave Houston County what it wanted: A sweep of Northside.

The Lady Bears beat the Lady Eagles 7-6 in the aforementioned game and 8-2 in the twin-bill opener Thursday. Houston County improved to 16-5-2 overall and 7-1 in Region 1-AAAAAA. Northside fell to 9-10, 2-5 (third in the four-team division).

Both started off strong in that second game. The Lady Eagles put a pair of runs on the board and the Lady Bears answered with three. Northside’s came off the bat of Amiya Smith (3-5 with two driven in and a run scored). Her single brought in Celena Luna (2-3 with three walks, two RBIs and two runs scored) and Madelyne Lee (1-5 with a run scored). Luna walked to start the ballgame. Lee followed her with a single. The Lady Bears took advantage of a couple of errors – of the five Northside would commit – to get two of theirs across. Havard’s first single – she was 2-5 with two driven in – accounted for the third. 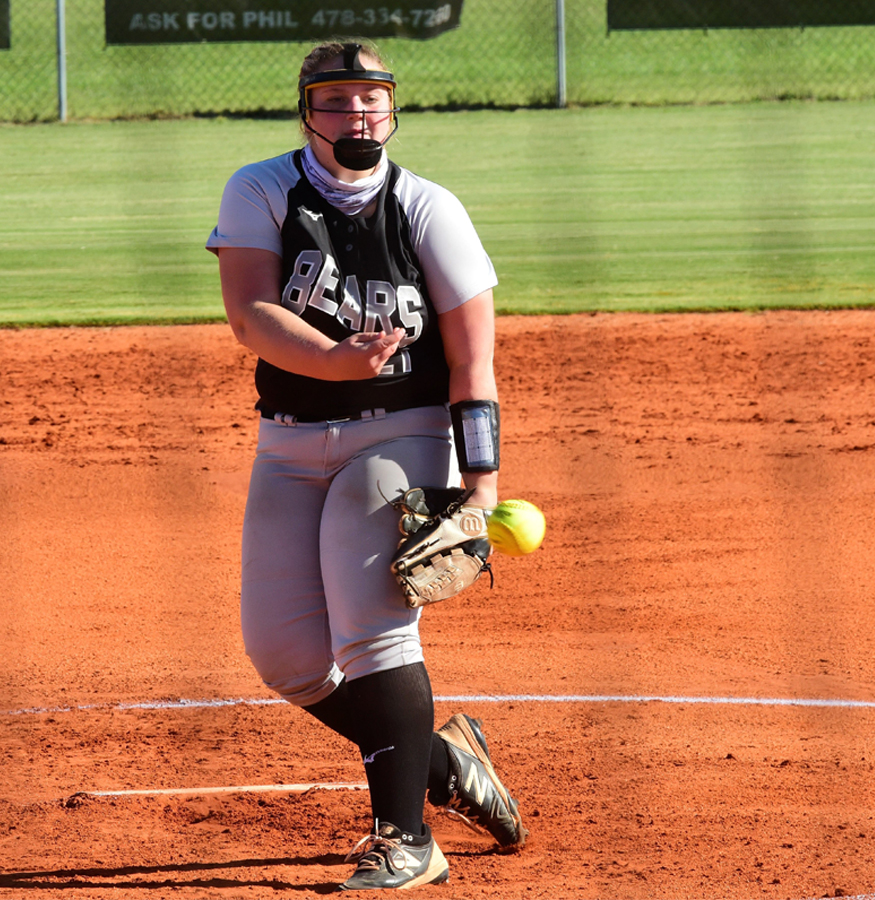 Both then went scoreless for two innings before the Lady Eagles tied it on a homerun by Luna in the fourth.

Then it was zeroes again until the eighth. Northside took advantage of a pair Houston County committed – it had four – to push three across. Not to be outdone, the Lady Bears rallied for four.

The Lady Eagles won the hit parade – 13-10. (Northside had it 14 on its scoresheet.) Alice Thomas was also 3-5 with two runs scored for Houston County. Kendall Huelsman was 3-5 with two RBIs and two scored. Bobbi Poff was 1-3 with a walk and drove in two.

Kylee Ussery was also 3-5 for Northside and Audra Carroll 2-5 with an RBI.

Both used one pitcher for the duration, Luna for the Lady Eagles and Ally Fleming for the Lady Bears. Luna was unsuccessful in the strikeout department and walked two. Fleming struck out seven and walked three.

An eight-run third was the catalyst for Houston County’s win in the first game. It out-hit its cross-town rival 9-5. 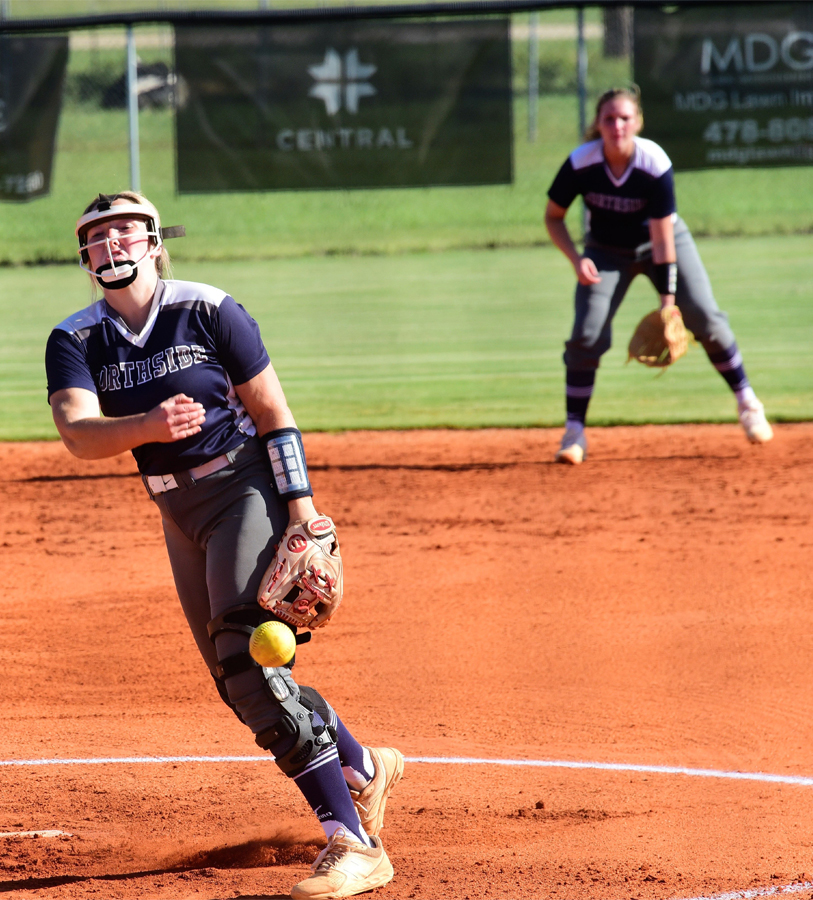 Northside, with a run in the first and third, had taken a 2-0 lead until those fireworks started.

Averi Martin went 3-4 to help lead the Lady Bears on offense. She went 3-4 and drove in a pair. She also scored once.

Luna was again the driving force for the Lady Eagles. She went 3-3, drove in two and scored once. 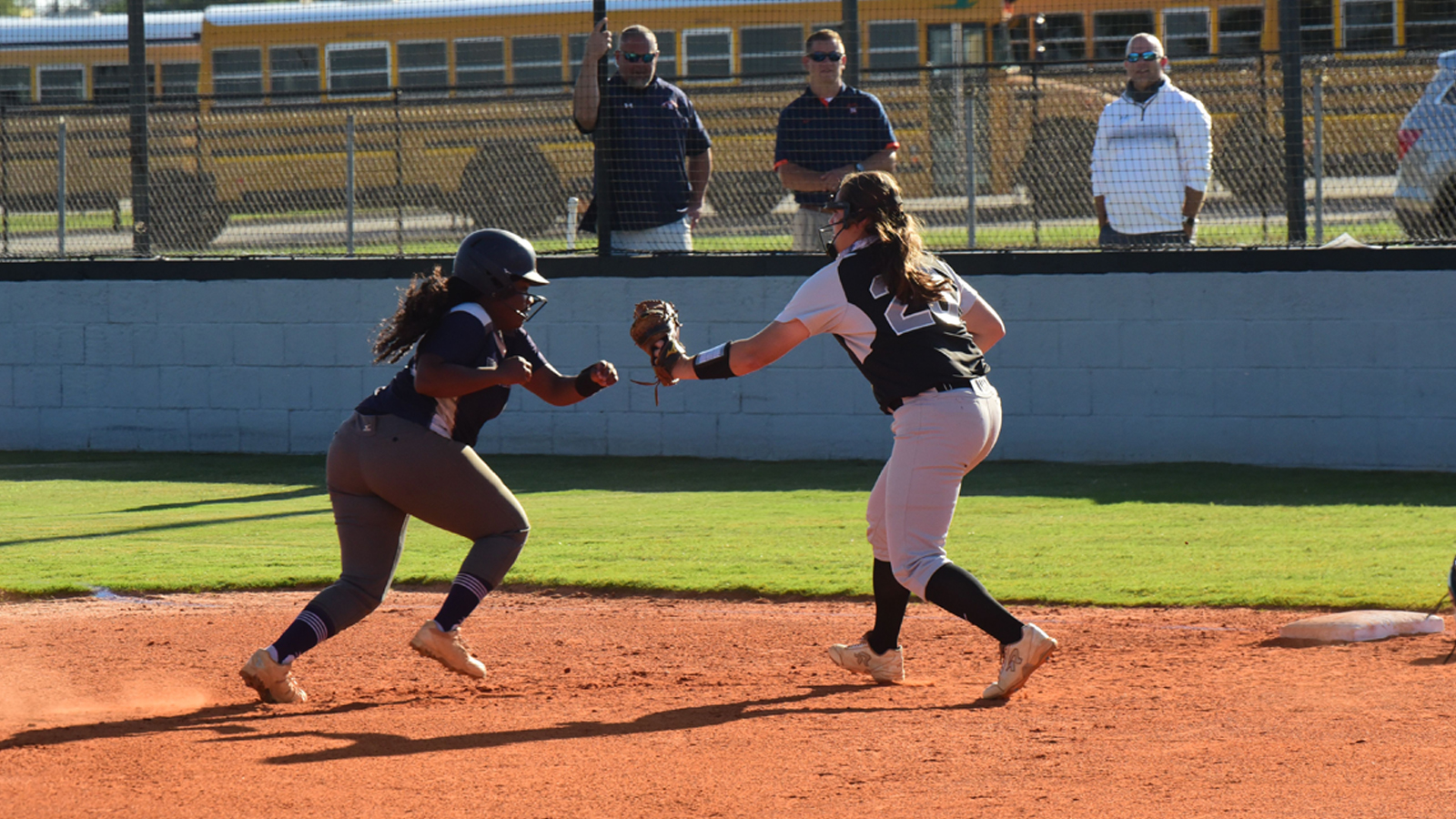