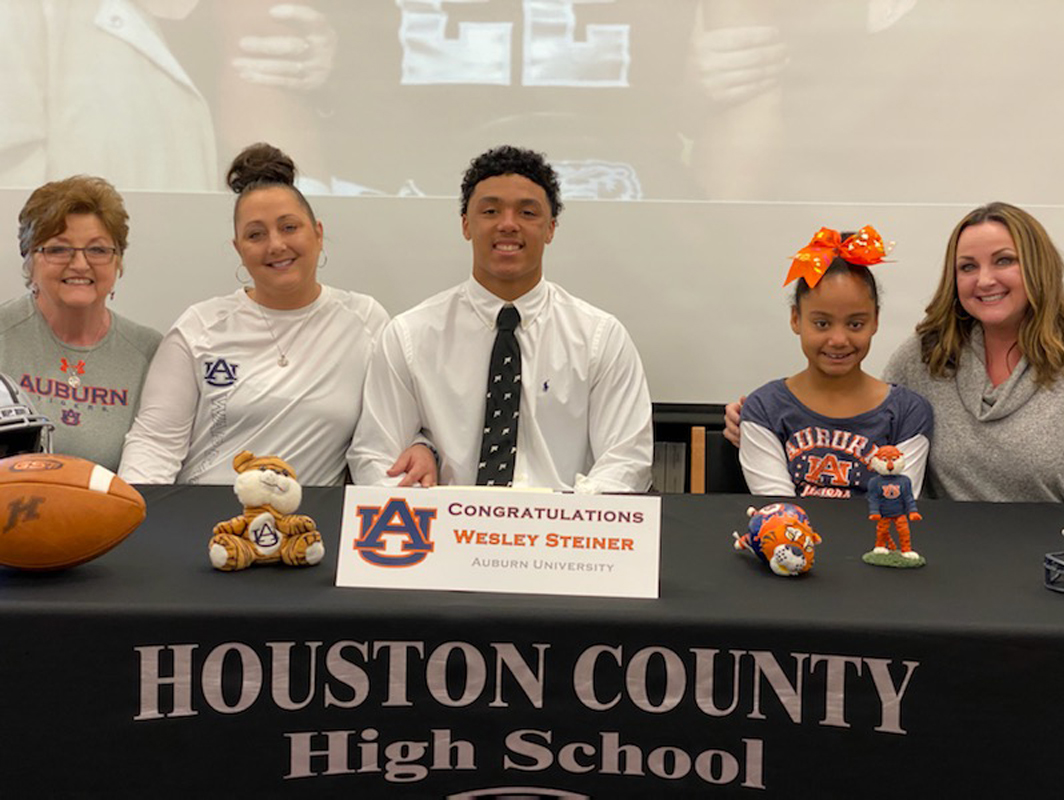 Early signing day came Wednesday. Houston County High senior Wesley Steiner took advantage of it, signing a Letter of Intent to continue his education and football career at the University of Auburn.

Steiner helped the Bears compile an 8-6 record in 2019. That included winning three straight – a win over Northside to get into the state tournament and then an upset over No. 1 seed Evans, another over South Paulding before falling to eventual state champion Harrison in the Elite Eight. 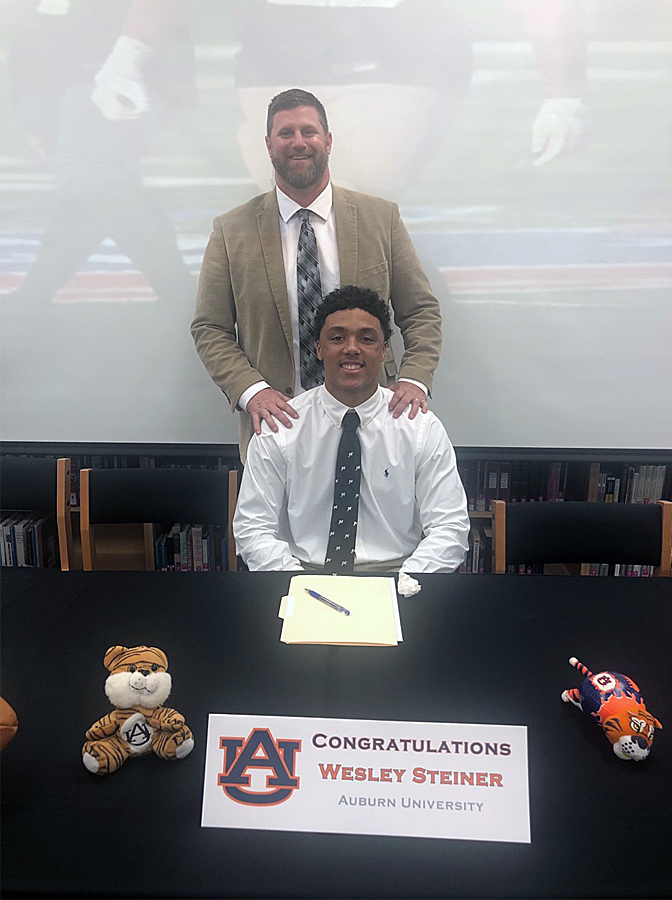 The Tigers managed to one-up LSU and Stanford in snagging the Four-star linebacker and Under Armour All-American.

Steiner, at 6-feet, 200 pounds, finished with 93 solo tackles this past season. He also had 22 assists; basically, when he was on the field he was a force to be reckoned with. (He also played at running back his sophomore year and finished with nearly 900 yards, and rushed for nearly 400 his junior year and had 41 tackles while performing double duty.)

“Auburn is about family and the coaches have a connection with God,” he is quoted on Auburn’s website. “They believe in Jesus. You put those two together and you get a nice happy mix of what you need in your life.” 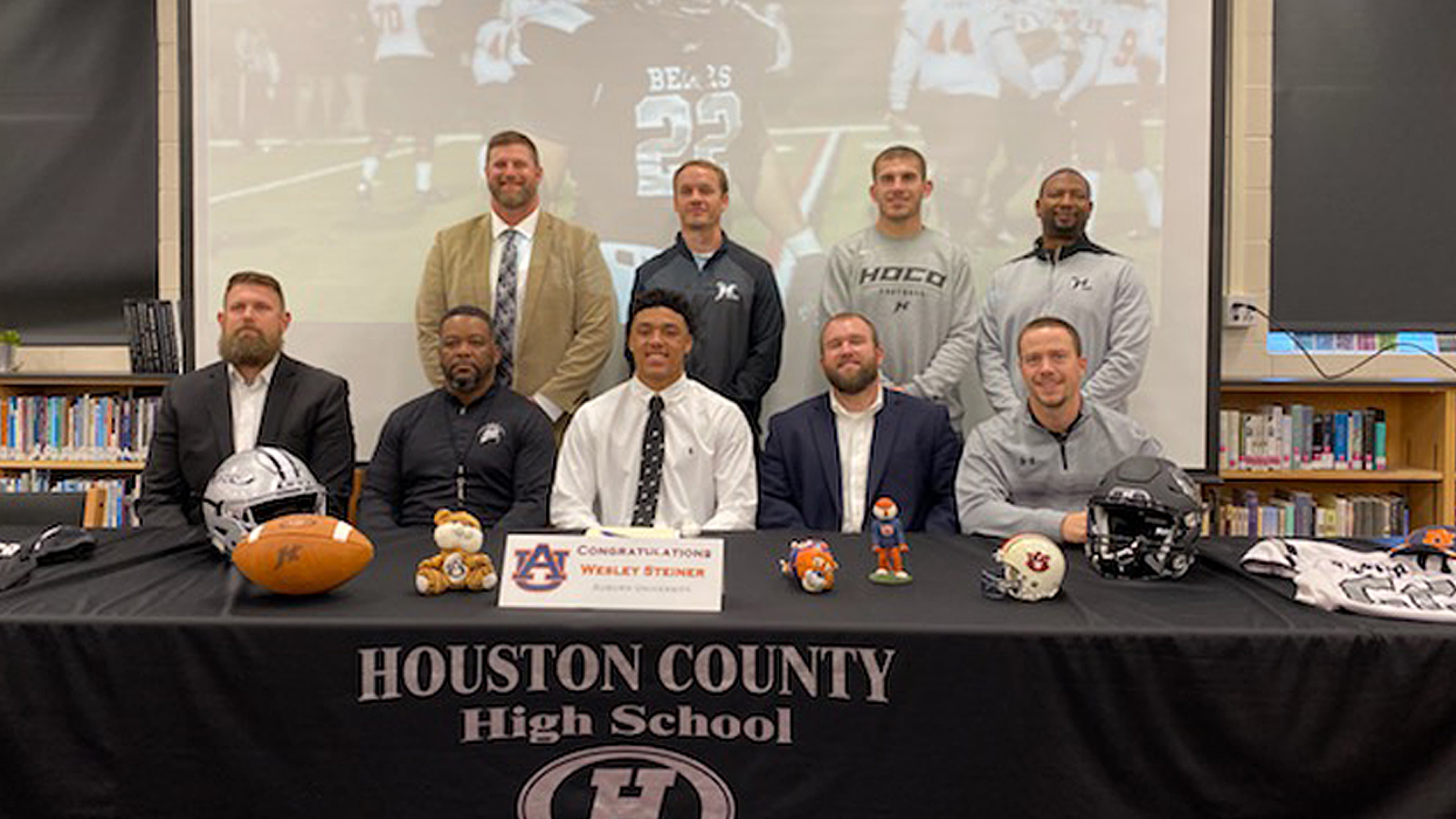