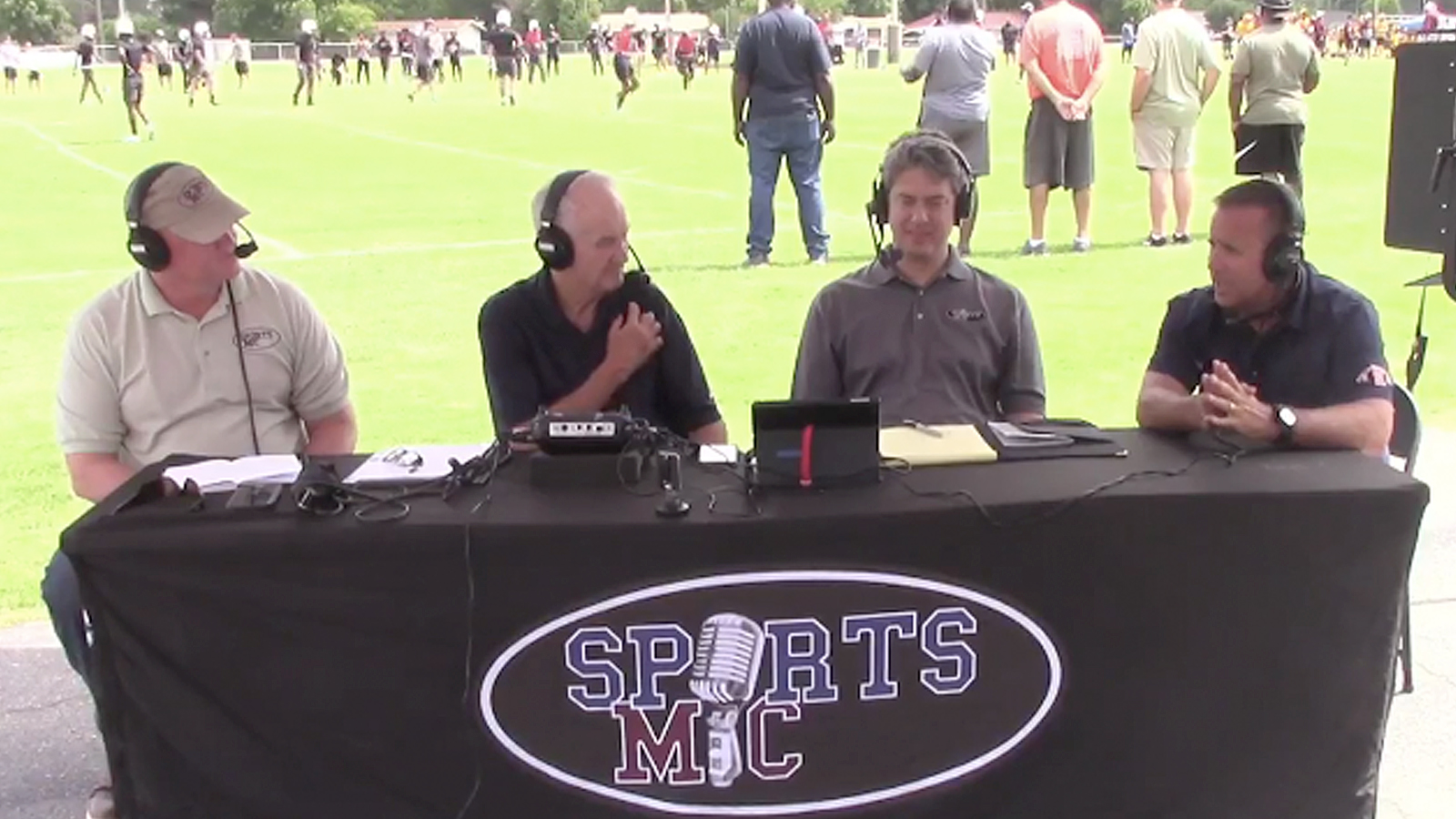 It was 1999. He and his wife lived in Milledgeville at the time. He said he didn’t know a “soul” – in Eagle Country, that is. “I didn’t know Northside existed. I didn’t know Coach Nix.” He did know Ricky Smith. Smith, he said, was his head coach coming up. He was at Northside and coaching under Nix, “and that’s how I got here,” Alligood said. He interviewed on a Friday, started on a Monday – Valentine’s Day, he said, adding lightheartedly that he was teaching subjects – i.e. economics – he had never taught before.

Then begins the favorite memory. Nix tells him he needs to stay there every night until the last person has left and turn the lights off everywhere.

“Now take it I’m living in Milledgiville. School gets out at 2:45 (p.m.) and spring sports (are going on). Track’s going on. Baseball. I’m trying to find a house.

“I would stay here until 7:45, 8 (p.m.) until the last person left, turn the lights off and drive home, get home to Milledgeville. Still looking for homes. Coach Nix is teaching me the offense, so we’re getting stuff done during that time.”

Eventually they find a house they like, he said. His wife, he added, said they needed to go look at it “today”, so he said he asked another coach to turn the lights off. They go look at the house. They drive back to Milledgeville. About 11 p.m. the phone rings. It’s Nix.

“He says, ‘Chad didn’t I tell you to make sure the lights were turned off?’ They’re not? He says, ‘No.’ I said, ‘Well I asked so and so to turn them off. He said, ‘Well, it’s not their responsibility. Be in my office tomorrow morning before school.’

“I said, ‘Man I’m fixing to get fired. I’ve been here for two months Coach Nix is going to fire me.”

He walks into the office the next day, he said. Nix was sitting there and said, “Chad. I asked you to turn the lights off.” “I said, ‘Yes sir. But I had this, this … whatever.’ I said, ‘Coach. What the big deal about the lights anyway?’ He said, ‘Chad. If you can’t turn the lights off … With that little thing … How can I trust you with something big?’

“And I’ll never forget that.”