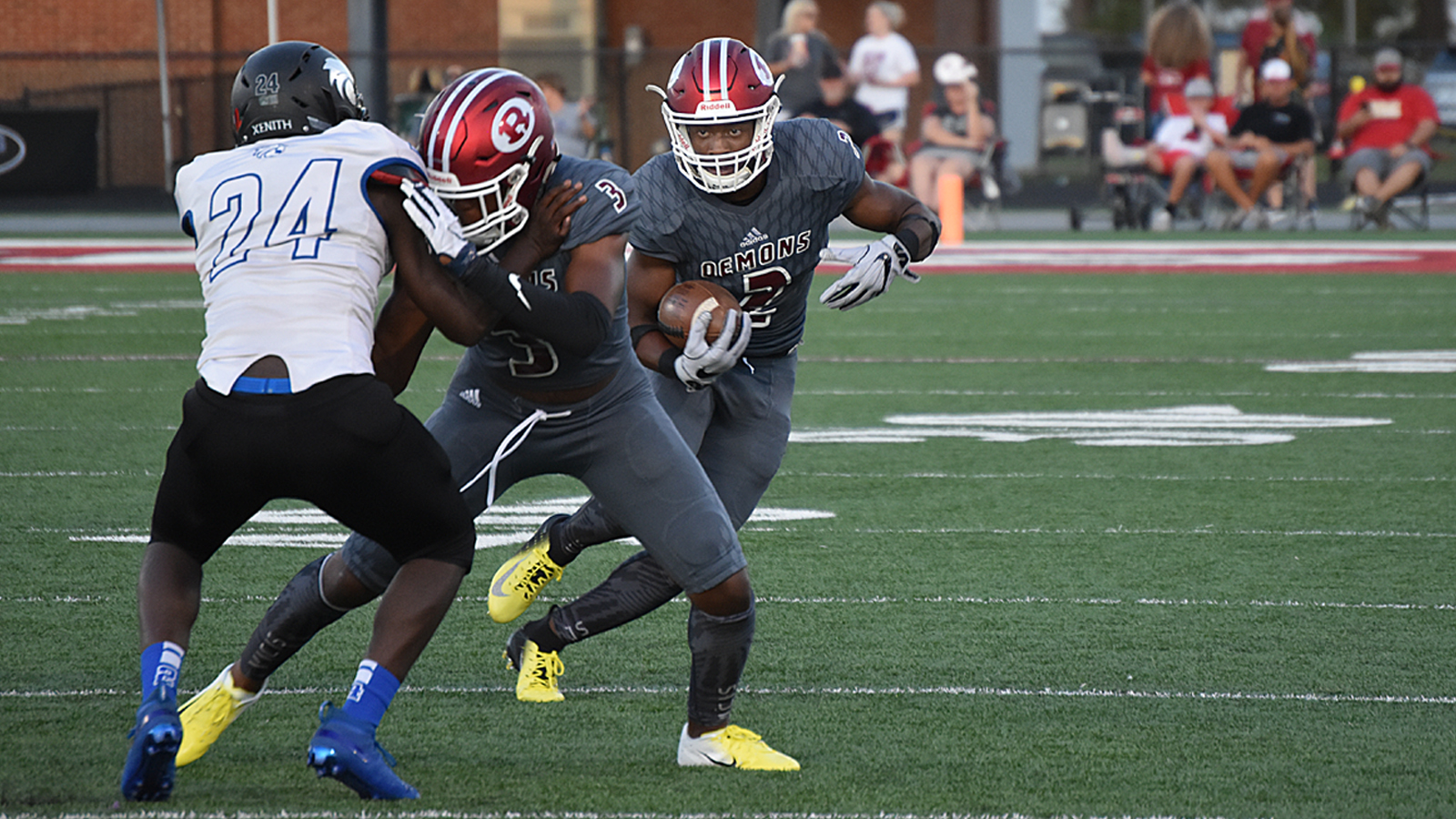 Warner Robins had a second opponent to contend with in its matchup against Locust Grove Friday night in McConnell-Talbert Stadium: Itself. Also known as: Penalties.

The Demons were penalized 55 yards on eight flags in the first half. It was penalized nearly that much on one Locust Grove drive in the second – there were also a couple of 15 yarders, et cetera.

Still, it will probably fall under “concern” – serious-to-major – and/or “something that needs to be worked on” by the coaches by the coaches, because it had no affect the outcome. 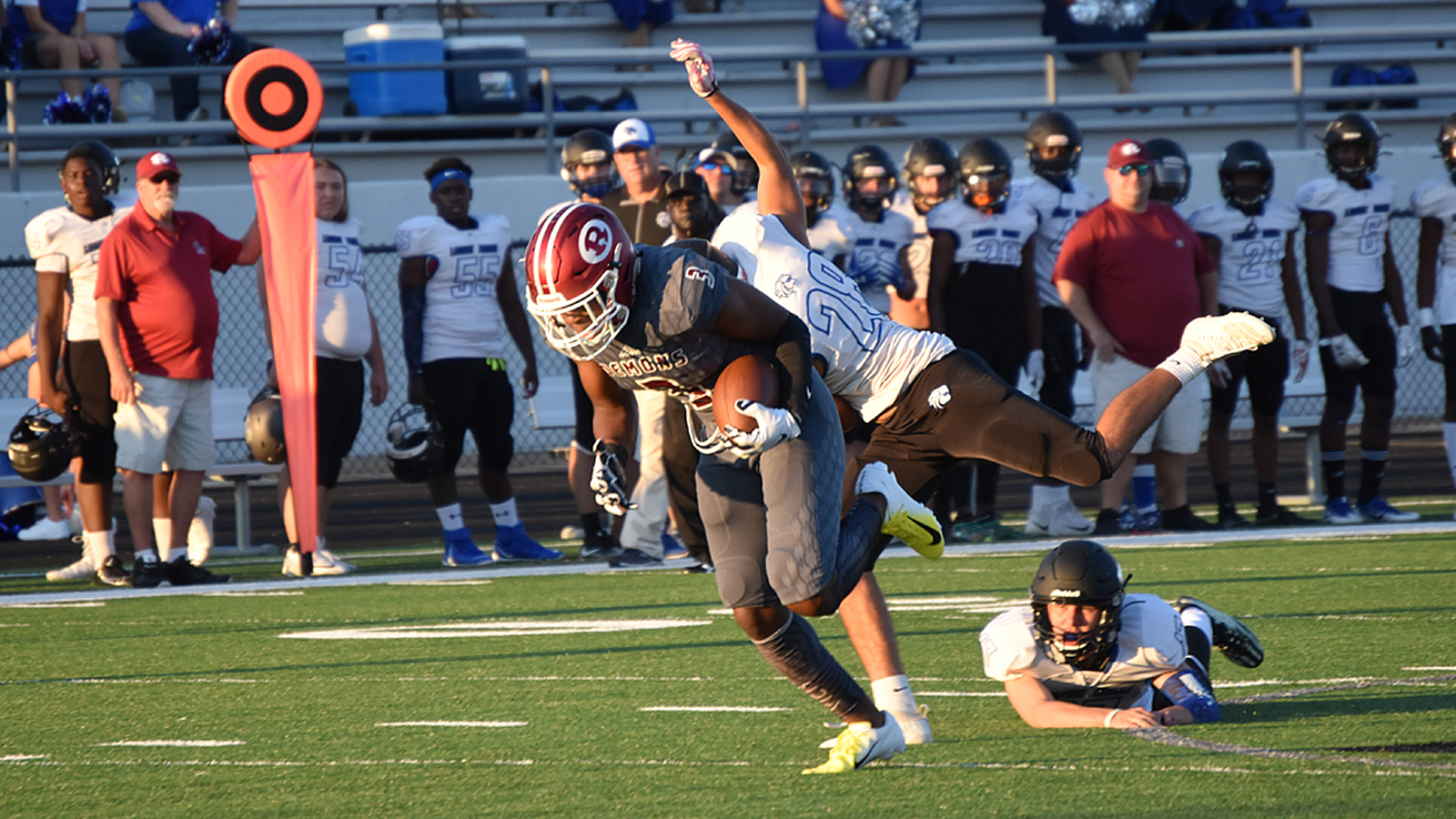 The Demons scored on their first possession of the game. That came on the second play from scrimmage. Quarterback Jalen Addie, who had four scoring tosses, hit Ty Carr in the flats. Carr in turn fought his way past a handful of defenders before breaking free and racing to the endzone. All told he covered 59 yards. He also caught a 25-yard pass in the third quarter to cap off a 56-yard drive and with Cary Payne’s point after, made it 29-7.

Payne, after missing his first PAT attempt, connected on a 31-yard field goal to make it 9-0. Addie connected with Marcayll Jones following that on a 50-yard pass and with PAT made it 16-0. That was how the quarter ended.

Jatavious Bryant made it 23-0 – PAT added – with a one-yard run. That finished off a 14-play drive – the Demons had two of those plus a 13-play drive.

The Demons answered that with the aforementioned Carr catch, another touchdown from Addie to Jones – 41 yards – and a toss from quarterback Christon Lane to Daveon Walker. That pass went for 49 yards and came with 4:41 left in the game. 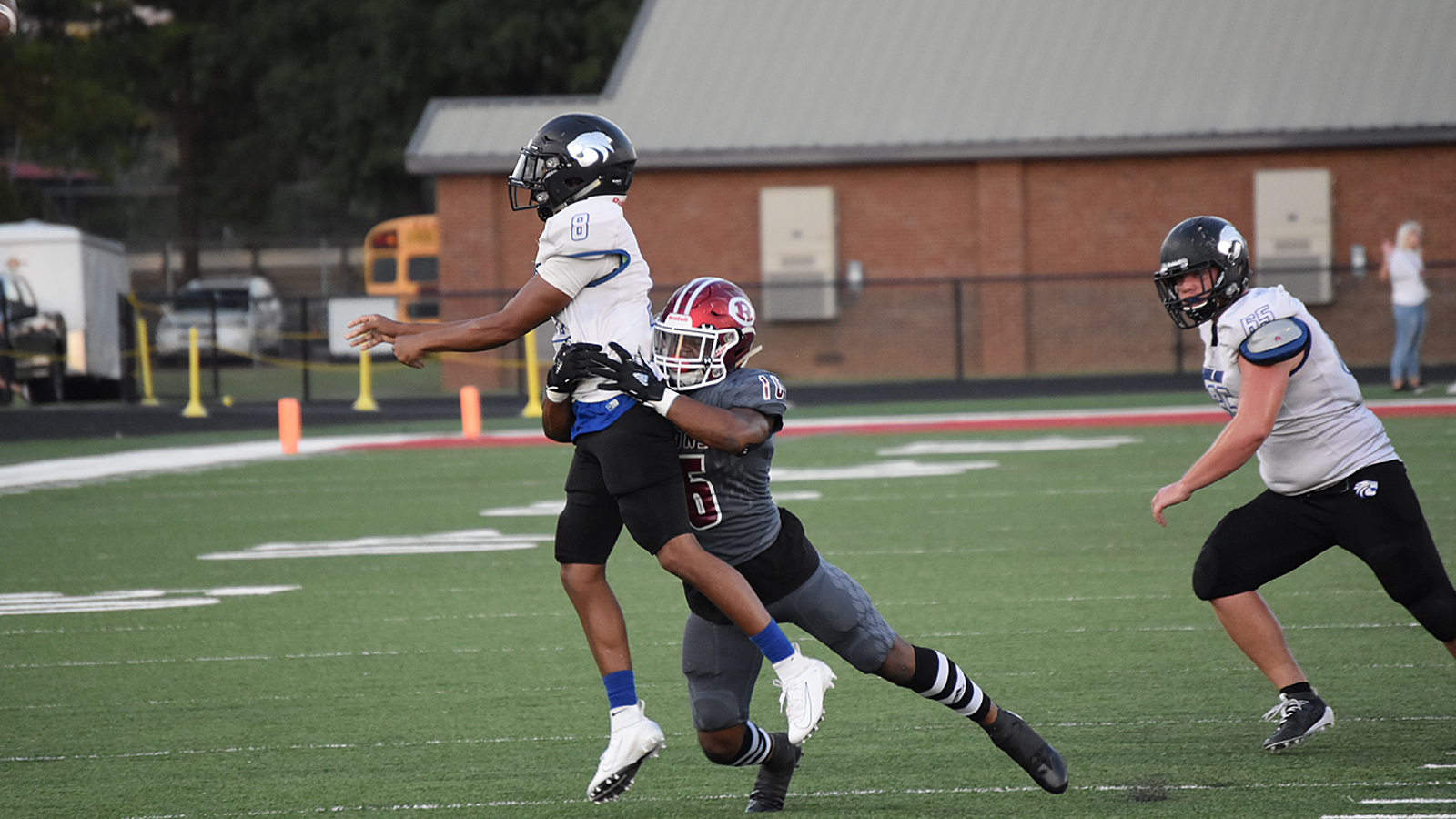