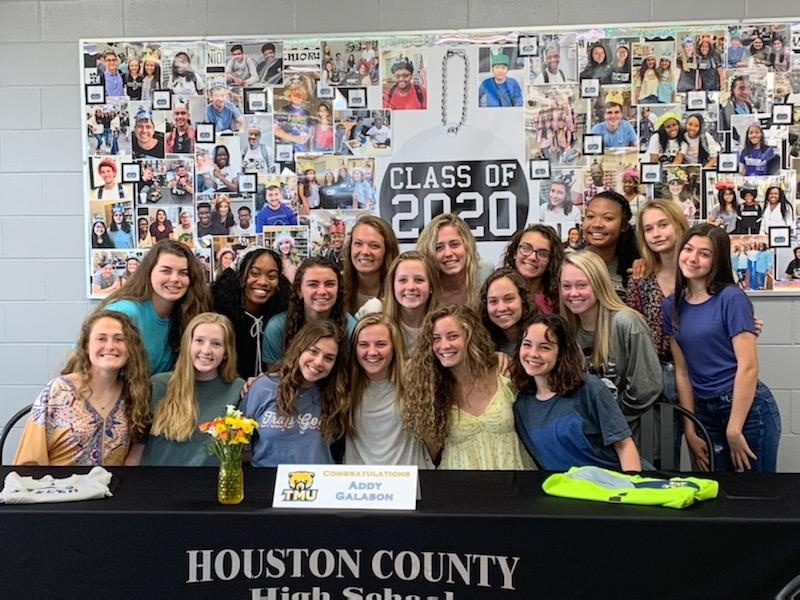 “She is one of the best shot-stoppers I have seen in a long time. She is very agile and athletic and makes saves that most keepers would never attempt to try. Her positional sense is also very strong and she reads the game very well.”

That was Truett McConnell Head Coach David McDowell on Houston County goalkeeper Addy Galason, who signed a Letter of Intent to play for the University March 13 in a ceremony at the high school.

“In the games that I have seen her play in, I have always appreciated the relationship she has with the defenders in front of her, which tells me that she works hard to earn the respect of her team, which is vital for the goalkeeping position.”

If stats are vital, which of course we know they are, she has those two.

In eight wins – no losses – for the Lady Bears, she has given up just one goal. That came against Valdosta March 6.

She will join another Lady Bears team, one that finished 18-3 this past year and clinched the Appalachian Athletic Conference regular season and tournament title. TMU, according to its website, won back-to-back regular season titles and only lost one regular season AAC game the last two seasons.

On her decision to attend TMU, Galason had this to say, again on the team’s website: “I didn’t choose TMU, TMU chose me, and upon visiting I was able to see God’s hand was orchestrating all of it. I am excited about the future and look forward to being a TMU Bear!”

Big innings work in Northside’s favor in win over Warner Robins
‘You’ are the greatest … Now tell them!