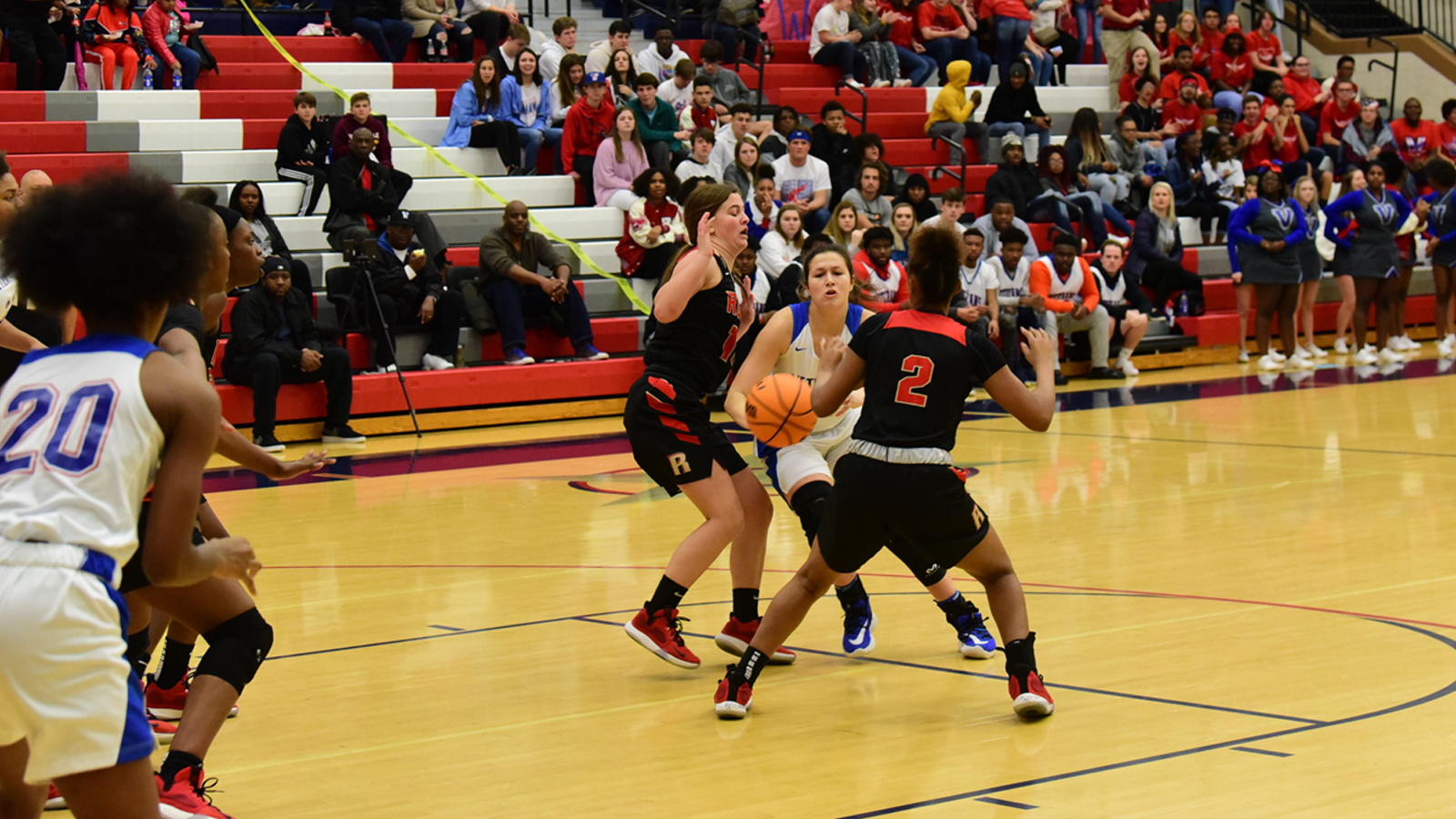 Tamia Luckey hit two huge 3-pointers back-to-back in overtime to help lift Veterans to a 67-62 win over Rome in the Sweet 16 of the GHSA Class AAAAA state tournament Thursday at Veterans.

Luckey wasn’t finished as she followed that up with two free throws to complete her 11.

She wasn’t the only one with key points. Raven Glover had an incredible night with 16.

But, back to OT, Ansley Miranda, who had 10 points, followed Luckey with back-to-back trips to the free-throw line and hit all four attempts. In fact, the Lady Warhawks were eight-for-eight during that span, 12-for-12 from the fourth quarter on and 14-of-17 overall.

They started the extra period trailing 55-53 after an early bucket by Amberly Brown (21 points). Stacie Jones, who had 20, then hit two free throws to tie it. Ta’Emmica Nation, who finished with 17 for Rome, also hit free throws to put the Lady Wolves back out front.

That’s when Luckey entered the picture. By the time she was done, Veterans was up 62-57. By the time Miranda finished her first trip, it was 64-57 and the Lady Warhawks were all but on their way.

The Lady Warhawks started that with a 10-0 run to jump back out front, 46-40. Rome eventually tied it at 48. With 13 seconds left in regulation and the score tied at 53, the Lady Wolves inbounded it, but were defended to the point they were unable to get a shot off. That set the table for Luckey, Miranda and the rest of the girls to pull away for the win.

They, improving to 26-3 while ending Rome’s season at 20-10, will play Eagle’s Landing in the Elite Eight next. It beat Riverwood 65-50. Both are No. 1 seeds, but the Lady Golden Eagles’ have the “H” advantage on the bracket.

Things were going great for Veterans to start. They were up 20-14 after one. They also scored the first four points of the second quarter.

But, then all of a sudden they couldn’t buy a bucket. Lithonia went on a 15-0 runner and outscored them 22-8 during the quarter. That gave them a 36-28 lead at the half.

Each kept pace with the other in the third. That did Veterans no good as their 16 versus Lithonia’s 14 kept them from losing any ground, but also from gaining any. Consequently, they trailed 50-44 heading into the fourth.

Several times it appeared they were coming to life. Once they cut the lead to six, 68-62. But the free-throw line came into view at that point and the Bulldogs didn’t flinch. They went nine-of-11 to stave off the rally.

T.J. Grant led Veterans. He had 22. DeAngelo Hines and Jaylyn Williams each had 14.