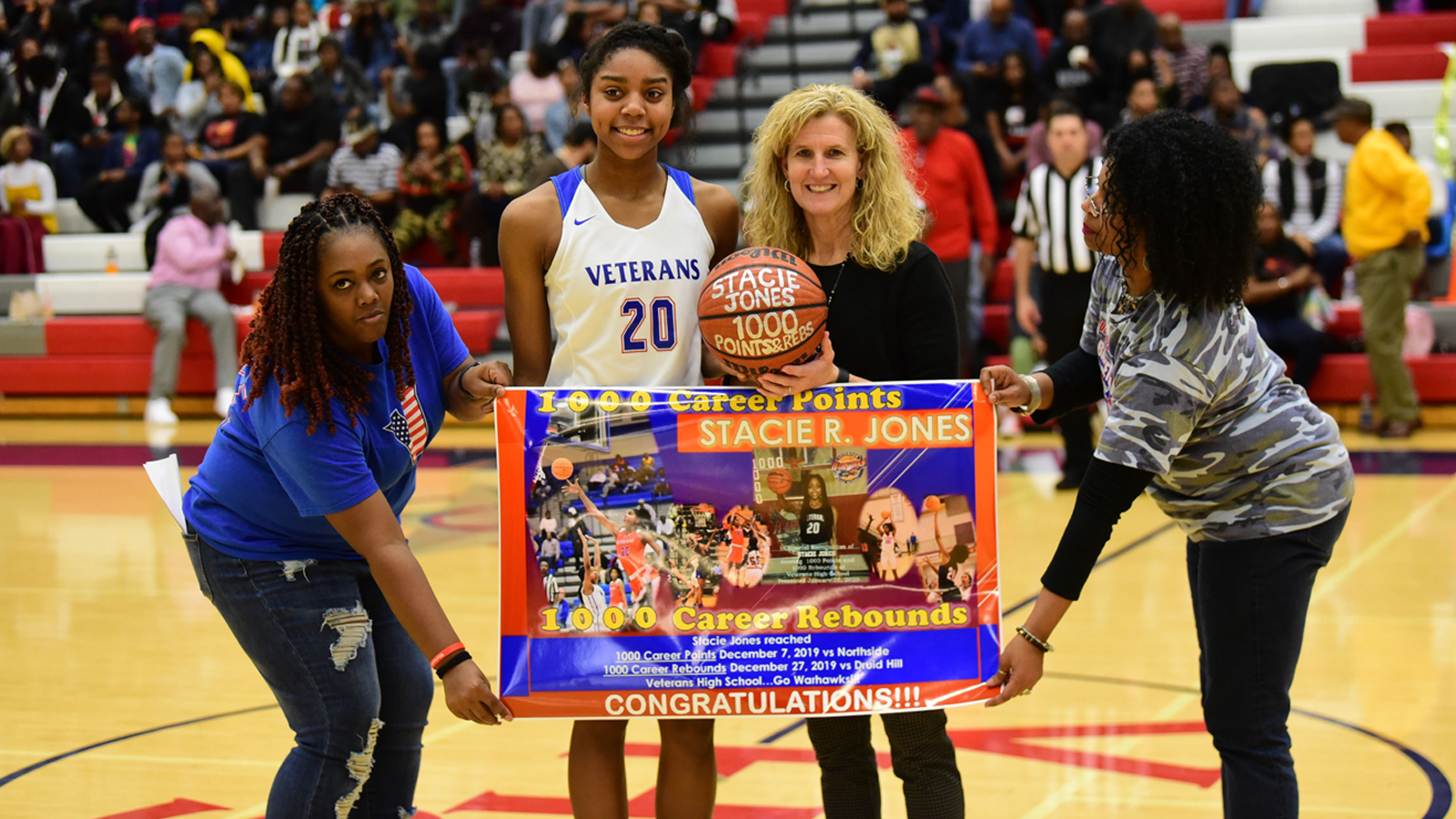 Heading into the new season, Stacie Jones was just 79 points and 126 rebounds short of achieving 1,000 for both.

“I think she’s going to crush it,” said Veterans Head Coach Nicki Miranda, this back in November when Jones signed a scholarship with Kennesaw State. “I’m confident she’s going to get that this year. I’ve said this before and I’ll say it again. Many of her points have come from her relentlessness on the boards.”

Miranda’s confidence has come to fruition as, 17 games in – with 11 still to go (not counting the playoffs) – Jones has “crushed” it.

“It has been a pleasure to teach and coach Stacie for four years,” Miranda said of the achievement. “She is an unbelievable athlete (she is also a standout in volleyball), but she is also an all-around great young lady.  She was an impact player early in her career, but has grown in her maturity … being able to handle adversity, keeping her composure and taking over games when needed.

“She is the best offensive rebounder I have ever coached. I believe that is what sets her apart.  However, she has learned to play solid defense and score in multiple ways.”

She continued: “She is great student and has wonderful rapport with her teammates. I am thankful and blessed I have had the privilege to coach her for four years and KSU is excited to have her.”

But first things first, she added – just like she did in November when she told her: first we win region and state … “I’m looking forward to the second half of the season.”