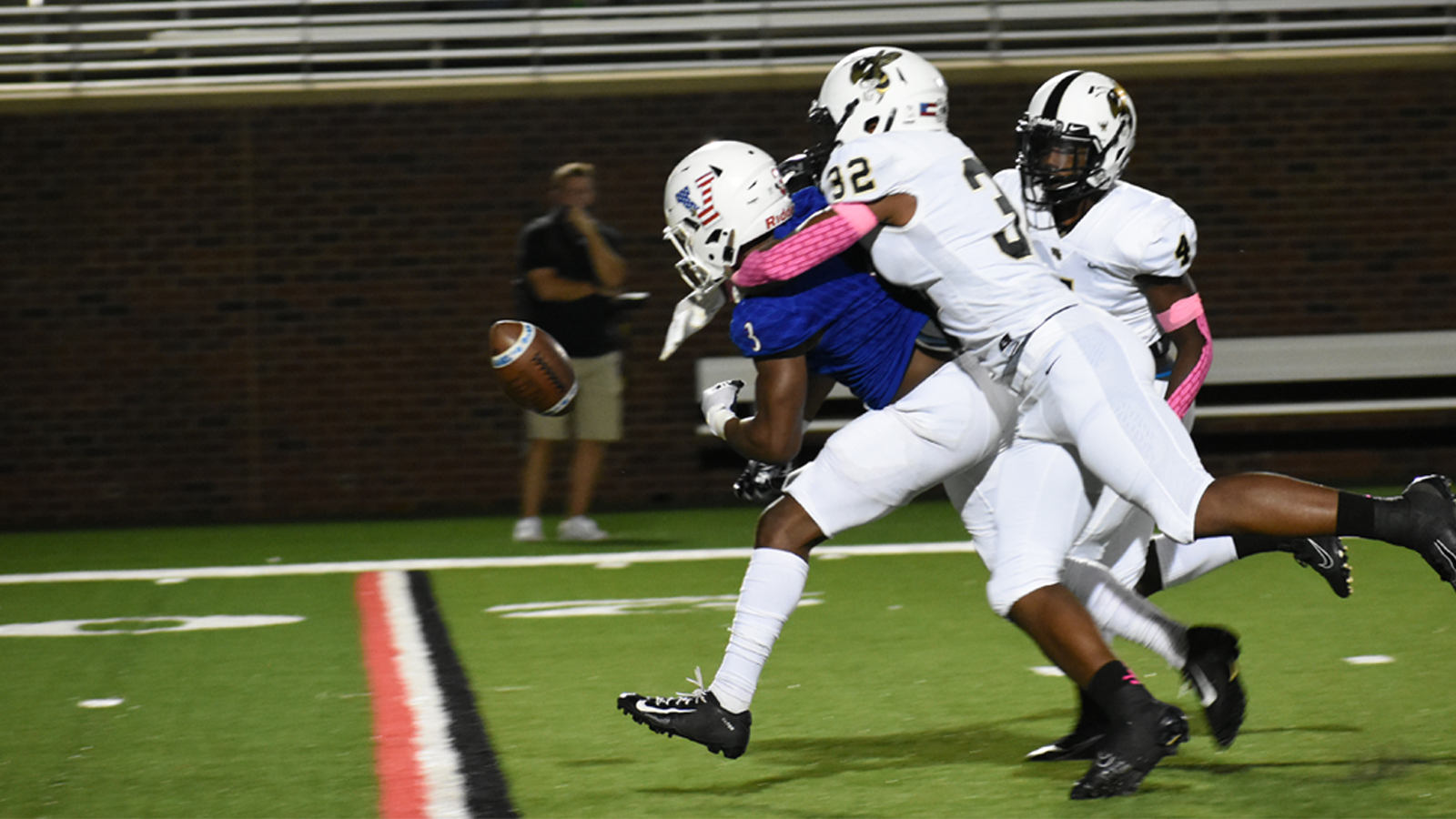 If yards were wins Veterans had one Friday night.

The Warhawks doubled Wayne County’s overall production – on the ground, in the air – in the first half, 183-97. That trend continued for the majority of the second. Yet when it was over, Veterans came out on the short end, 10-7.

The difference turned out to be a 30-yard field goal by Presley Cain with just over four minutes remaining. That was one of few Yellow Jackets extended drives, it starting on their own 21 with 8:50 left to play in the game and lasting eight plays. (A personal foul penalty of 15 yards on the first play from scrimmage helped get it rolling.)

Veterans did get one last chance at it, but after moving it from their own 32 to the visitor’s 35, couldn’t convert a fourth-and-10. (It was actually a fourth-and-25 but a pass interference call took it from nearly impossible to somewhat possible.)

Wayne County took over following that and eventually took a knee and let the clock run out. 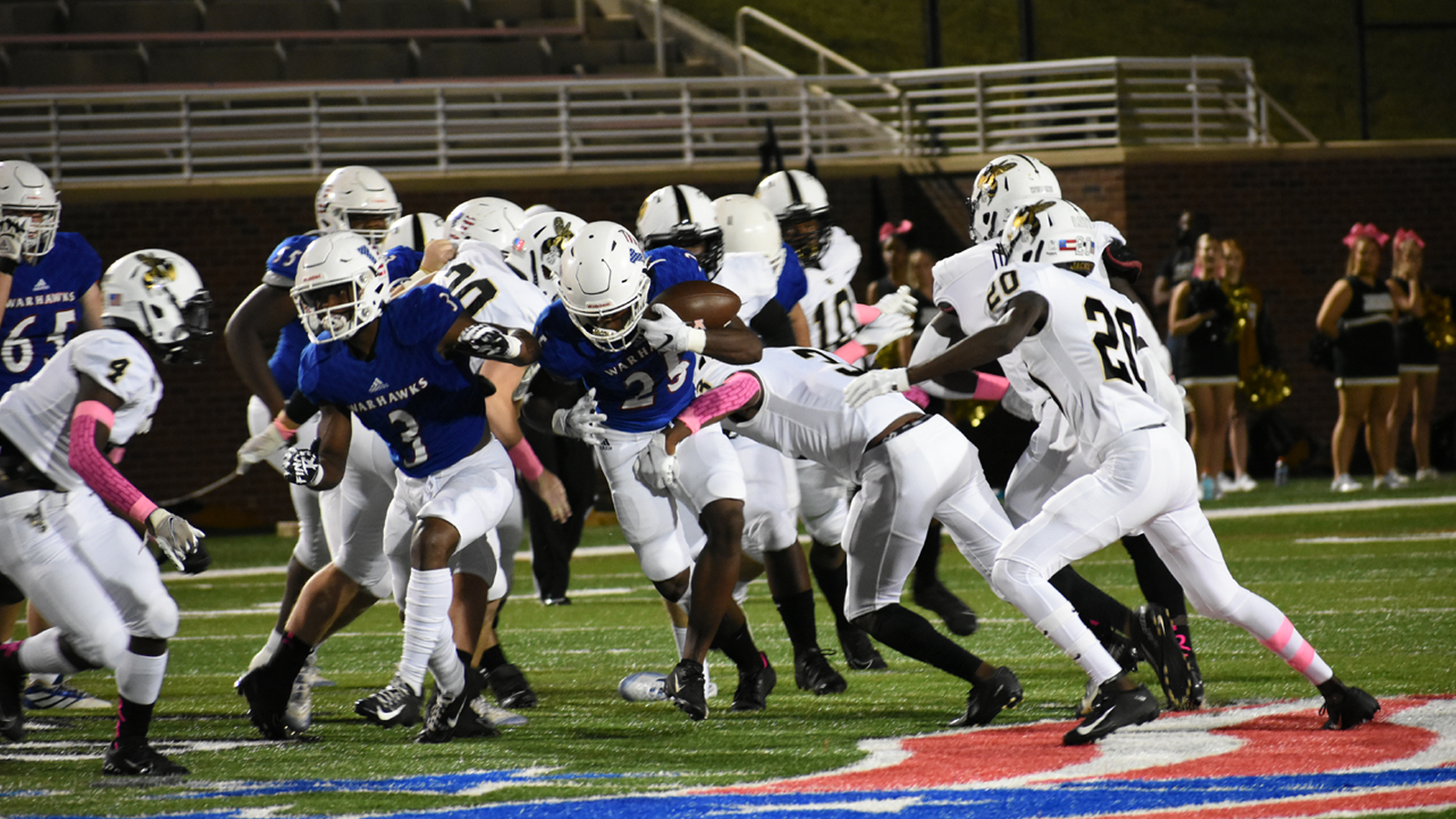 The Warhawks’ misfortune started early. After forcing the Yellow Jackets to punt, they took over on their own 45. Three plays in Lebron Fields – another 100-plus night – found daylight. He ran it to the 14 before having it stripped loose. Wayne County recovered to end the threat.

Veterans again forced it to punt. It again moved the ball, but again, this time after running eight plays, were forced to turn it over on downs just outside the redzone.

The Yellow Jackets scored following, taking the game into the second quarter in the process.

The Warhawks answered that when Blake Etheridge found Treyvon Shorter on a 30-plus yard pass.

Veterans, even though moving the ball as already mentioned, punted four times in the third and fourth. Wayne County punted twice and lost it on a fumble before finally getting the winning kick.

The loss was the third straight by the Warhawks.  (Wayne County snapped its three-game skid.) Even worse was it was their Region 1-AAAAA opener, and Homecoming night. They fell to 4-3, 0-1. The Yellow Jackets improved to 3-4, 1-0. 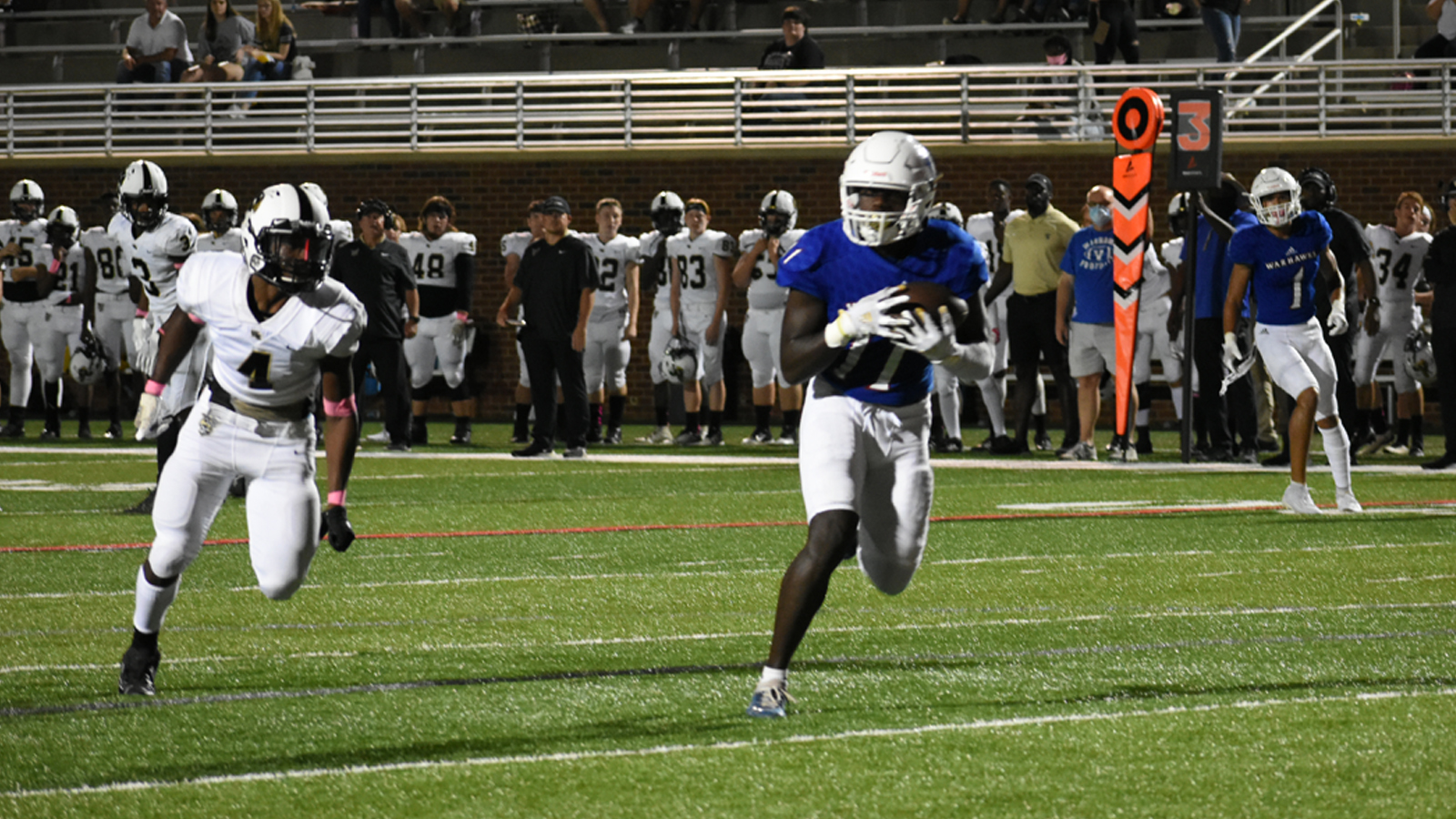